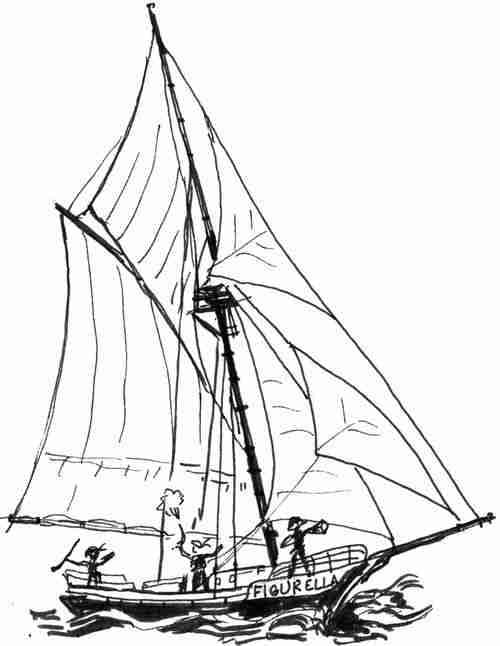 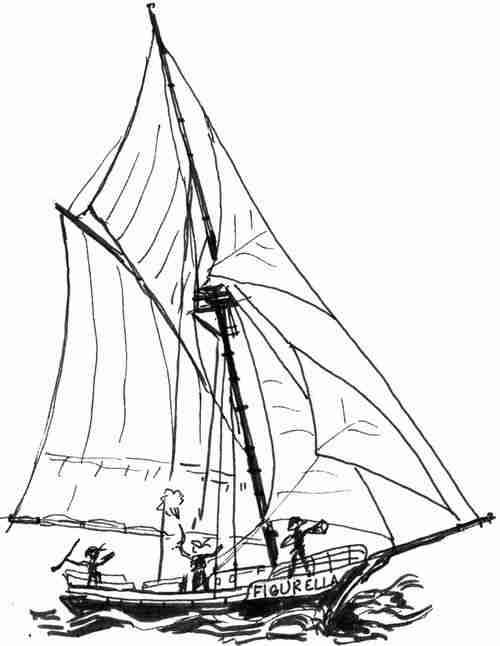 When building sailing models of the greatest difficulties arise when equip with their “small things”: blocks, lanyards, dead eye. I also spent a lot of time to produce so-called “sensible things”, until you’ve settled on the following method.
It turned out that it is easier to do these items out of… cardboard. To do this, first of white cardboard with a thickness of 1 mm cut into blanks and glued together. Operationto be done with great care, using tweezers. After the glue has dried cut them with a razor blade and equipped with sheets or brasami. The block is painted wood (if the wood prototype) or just varnished.

Fig. 1. Pack manufacturer for the model sailboat.
This way you can do one-, two – and trehshovnye blocks and dead eye. The last glue of the round billet, after which naprokat three holes for the tackle.

Fig. 2. It is so simple lanyard is the Deadeye.
Perhaps the most difficult in the manufacture of miniature sailboats screw the lanyards. 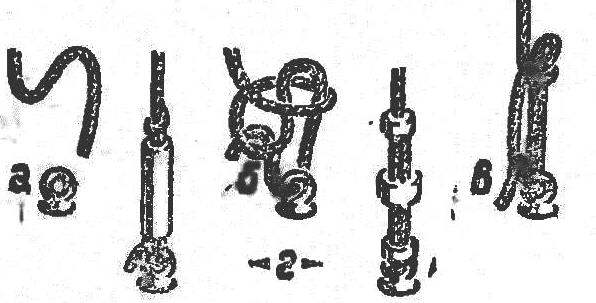 R and S. 3. Simulation of screw lanyard, the letters show the sequence of tying “tarrango” node.
Below is the final look of the lanyards of two designs.
Here is the easiest way to use the “thoranam” node. His tie, as shown in figure 3. While tight end shrouds or the forestay is in the form of two loops (Fig. 36), the bitter end surrounded around the top loop in the form of a hose which is tight is tightened under load. Running end is passed through the back of the blade to it is attached a tackle, then conducted through the lower hinge and is covered (Fig. This). To mount is not loose enough to tie the end around the lanyard above the back of the blade or the butt. For a more complete simulation of a spiral lanyard on the rope to pull the vinyl tube (Fig. Z)
V. PETRICHENKO