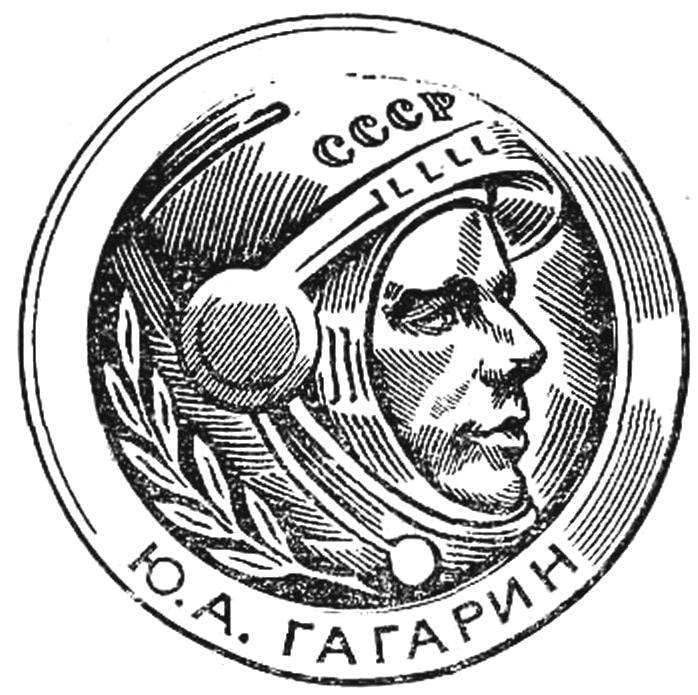 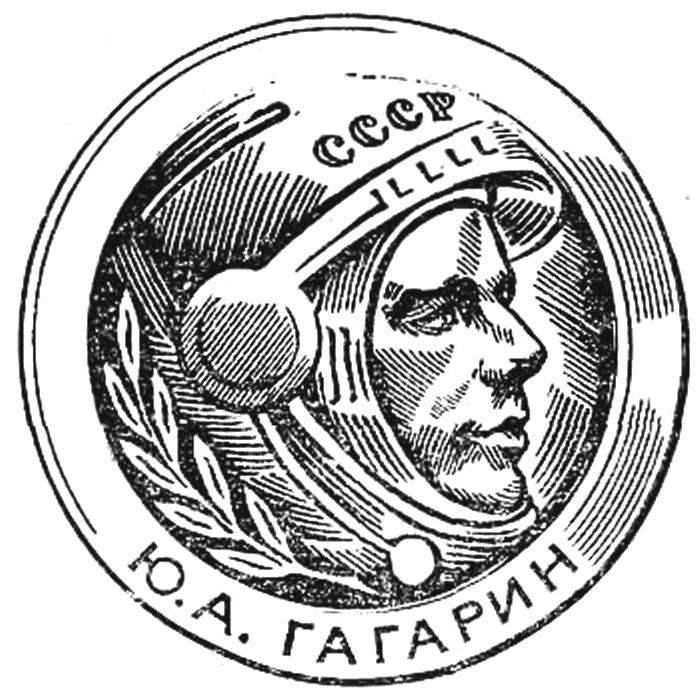 “I looked at the ship, which was in a few minutes to go in the unprecedented flight. He was handsome… I Thought that this beauty is eternal and will remain for the people of all countries for all times to come. In front of me was not only a wonderful creation of technology, but also an impressive work of art”, — wrote the first cosmonaut jury Alekseevich Gagarin on the spacecraft, on which the 12 April 1961, he paved the way to space.
“East” was the title of a series of single spacecraft-satellites designed to fly in low earth orbit. The first Soviet cosmonaut Yuri A. Gagarin, G. S. Titov, A. G. Nikolaev, P. R. Popovich, V. F. Bykovsky and V. V. Nikolaeva-Tereshkova on ships of this type, a total of 259 times circled around the earth, held in space, 381 hours and set 21 world record. These include records for altitude, duration, distance and others.
So what is this spaceship? Vostok had a spherical lander, who is also the cosmonaut cabin and instrument compartment with the onboard equipment and the braking propulsion system. Weight with the last stage booster was of 6.17 tons length — 7,35 m, the mass of the last stage to 4.75 t, while the lander — 2.4 t, its diameter was equal to 2.3 m. the spacecraft “Vostok” is in orbit three-stage carrier rocket with six engines with a total capacity of 20 million HP
…Then there was a lot of space launches. Intelligent machines — intelligence of the universe fly to the moon, Venus and Mars. Appeared multi-seater manned spacecraft series “the Union” and a well-equipped space station “Salyut”. But people will forever remember “the East,” because this ship was made the first human flight into space.
Our young friend! Publishing drawings of a model of the carrier rocket “Vostok”, we hope it will interest you. It is possible to perform at the all-Union and international competitions. Maybe she will be your first model and the first step on the way to space.

Fig. 1. Model-a copy of the carrier rocket of the spacecraft “Vostok”:
1 — stabilizer (4 PCs), 2 — cylinder side of the block (4x), 3 — cone side of the unit (4 holes) 4 — Central unit, 5 — fairing side of the block (4 PCs.), 6 — lower cone, 7 — upper cone, 8 — hub, 9 — boss, 10 —transitional farm 11 — the case of the third stage, 12 — fairing spacecraft, 13 — cone fairing.
Model-a copy of the booster (Fig. 1) on a scale of 1 : 100 has a length of 380 mm. Before its construction, make the mandrel (Fig. 3). Better if they are carved out of metal, but wood or plexiglass. Then .of cardboard or plywood manufacture templates scan (Fig. 2).
Cut out the templates from the construction paper blanks-models. Need to glue them on mandrels carpenter’s glue. After I glued the blank and gave her a little dry, coat it twice Amalita, pre-cleaning the seams. After that, securing the mandrel in the Chuck of the lathe, cut off the conical parts 3, 6 and 7 to the specified on the drawings size.
Inside glued butt joint detail for durability connect with paper petals to the glue (see Fig. 3).
Fairings side of unit 5 (see Fig. 1) and clips under the motors in the side and center blocks are carved from basswood and glue based on epoxy resin ED-5. The Central unit 4 of the second stage of the model-copies of the glue on the mandrel. When it dries, cover with two layers of glue AK-20. Transitional farm 10 carved from duralumin, even with needle files and glue to the hull 11 of the third stage. The cone of the fairing 13 carved on a lathe out of birch and for the alignment load lead.
On section e—E make the connector model. To do this, insert a wooden boss 9 with a length of 8-10 mm, in the transition farm 10. The boss to attach the parachute from mcalenney paper Ø 350 mm. It is placed at the top of the cone 7 is connected with a rubber isolator with the boss 9. 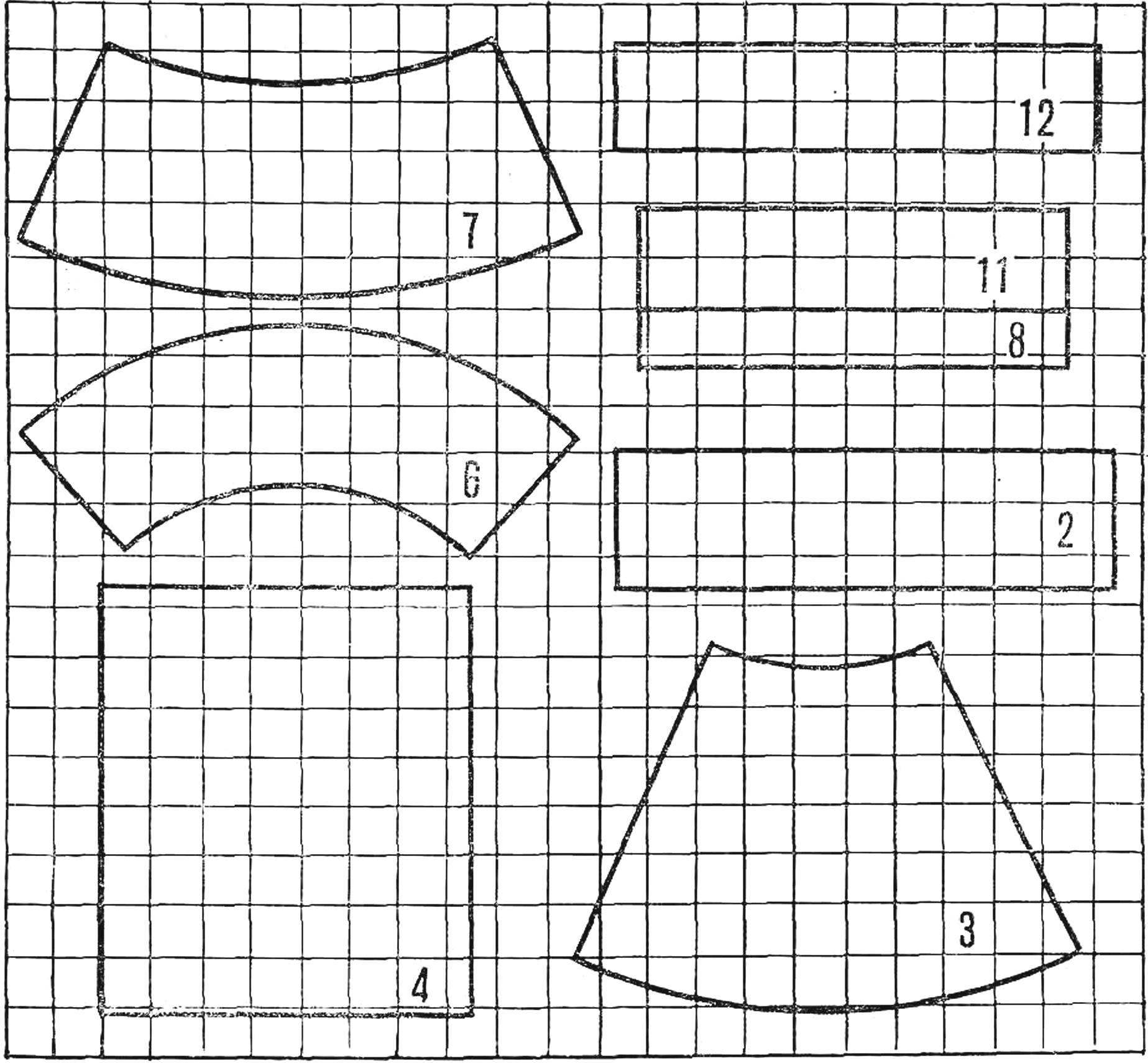