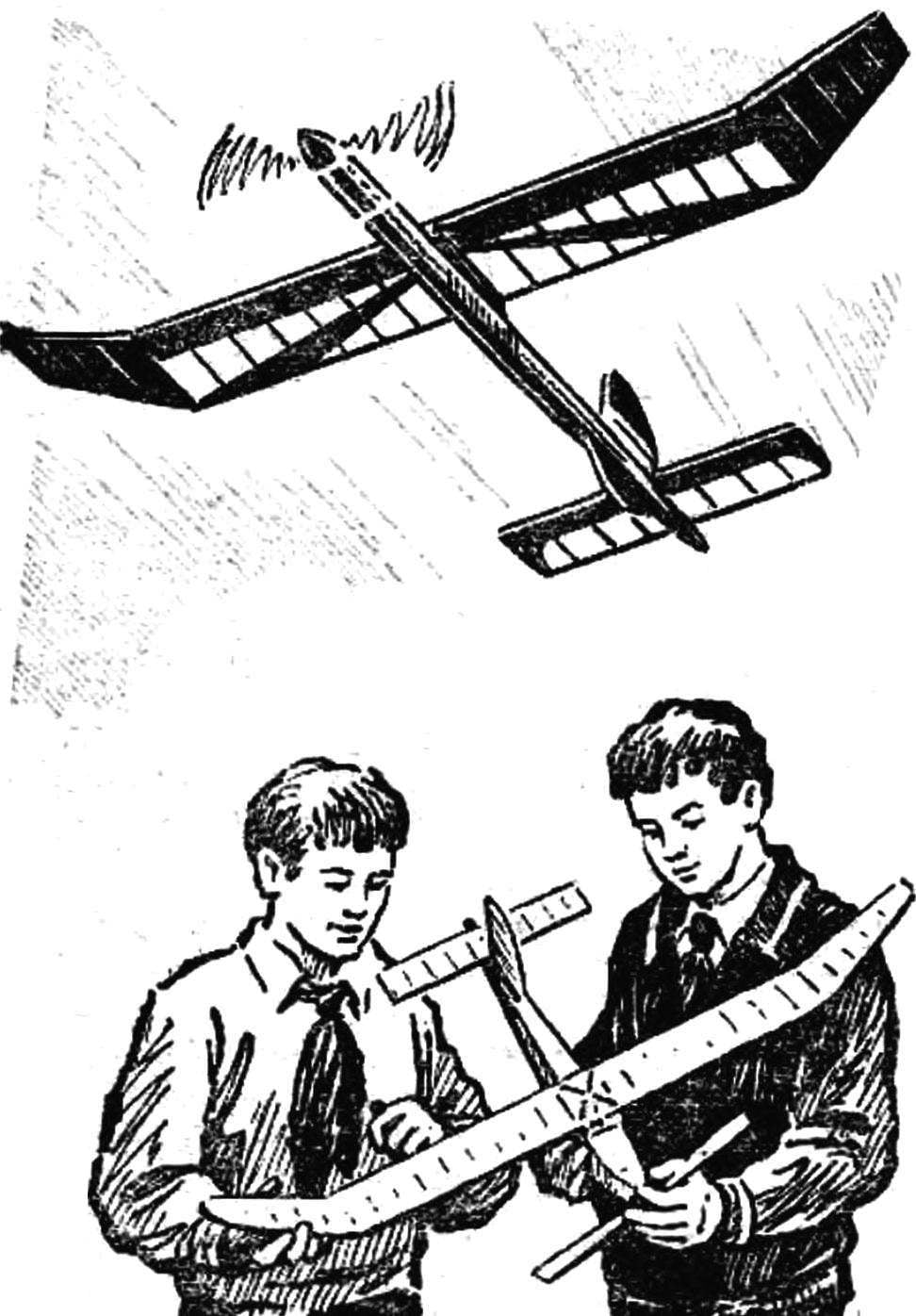 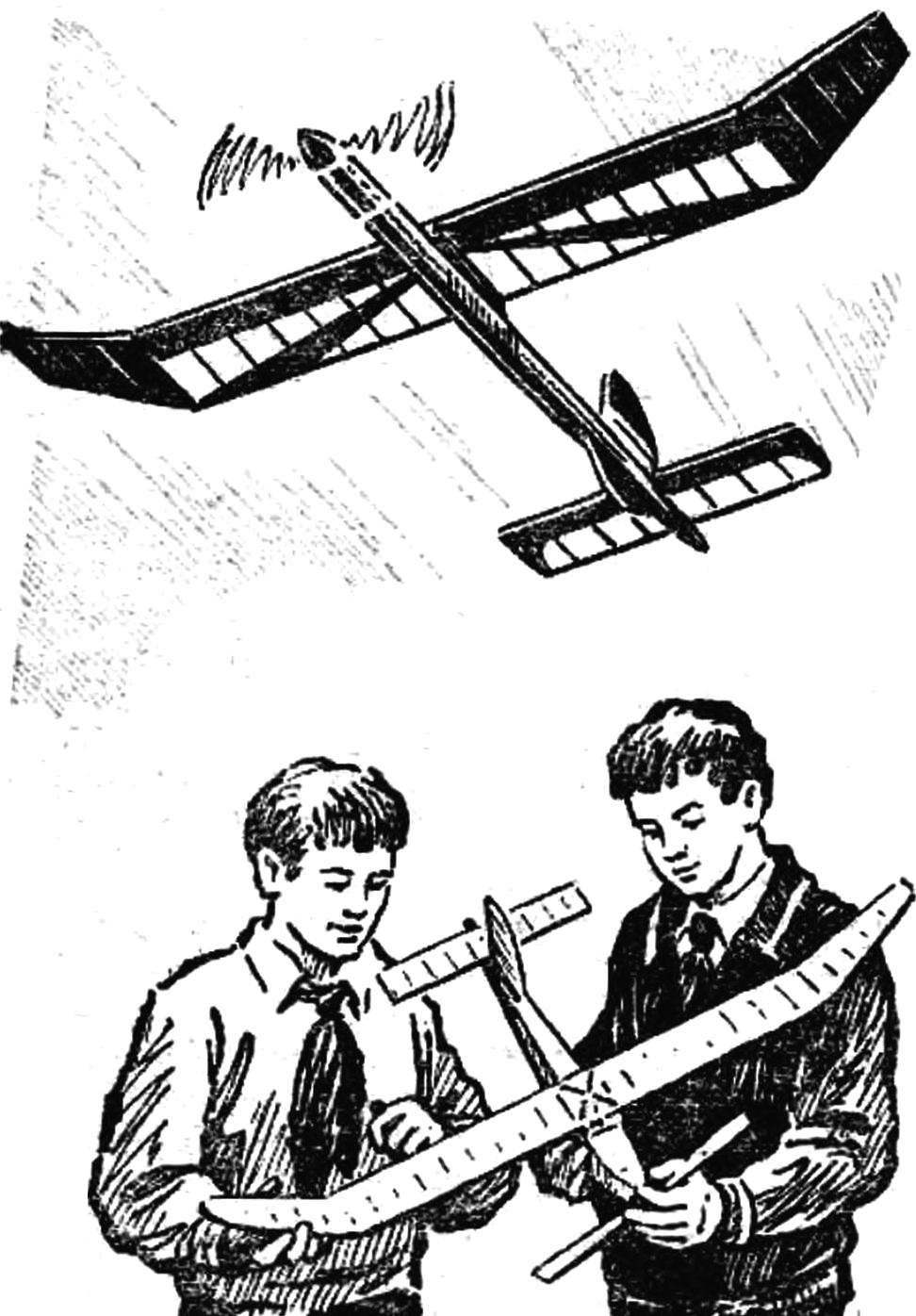 For years, the rubber motor due to its ease of use and low cost were the main engine modelers. But now, with the abundance of micro-motors boat and car with rubber motor find its ardent supporters, as evidenced, in particular, and editorial mail. Among your questions, dear readers, the most frequent two. So T zavgorodnego from Volgograd, E. Shcherbina from Semipalatinsk, A. Zhdanov of Moscow and other interested in how to calculate the number of turns of the rubber motor to maximize its energy, and what is its maximum energy efficiency.
The rubber motor is powered by the internal energy of the stretched rubber threads. To increase the length they can pretty much 6-7 times or more, and distinguishable varieties are stretched in different ways. There are several formulas that can be used by modelers in calculating the rubber motor. One of them can determine the relative elongation λ (lambda) is the ratio of the increment of length to the original. In a formula it is written like this:

It should be said that the accuracy of the calculation by this formula will increase if the rubber motor before the factory pre-pull. Experiments showed that with increasing pre-exhaust the number of revolutions increases, which takes into account the introduction of the experimental coefficient K in formula 2. Such an impact on the plant due to, apparently, the fact that the distribution of friction between the fibers, and particularly between the threads of the rubber motor is changed.
The values of experimental coefficient K, depending on the preliminary drawing is given in the table.
To reduce friction between the rods, the rubber motor is usually smeared with castor oil or glycerin (and this increases its durability). If you take useful energy of the rubber motor for 100%, for screwing without pre-exhaust we will lose 30-35% of friction and brushing it and applying pre-extract 1 to 3 times, it is possible to reduce losses to 5%.
A. you KNOW