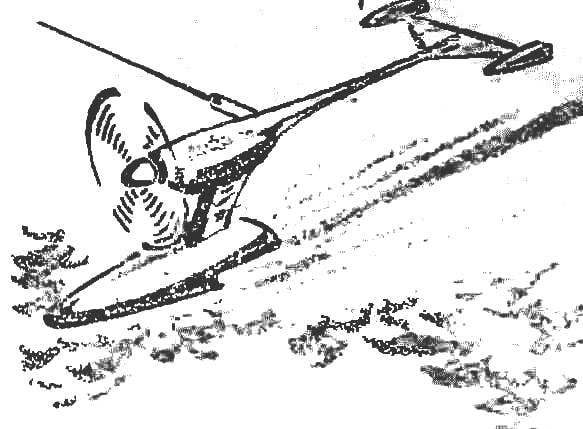 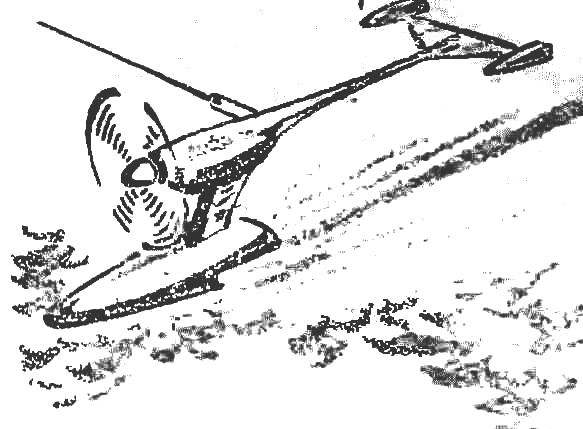 It’s a letter to the editor. In it two leaves of sketches on the reverse side of which a short description and a few photos of the model. No return address, no signature of the author. What is it? The mystery still remains unresolved. But one thing is clear — sent material about Cordovan Aero glider will be important for athletes, both young and experienced. Proof the experts say to any of the claims from an engineering point of view is not the “fault” — all the calculations are justified! The editors decided to publish the anonymous letter. Because navarana if not the overall scheme, at least part of the individual decisions will the creators of sports technine tomorrow. We can only thank the stranger who made such an unusual gift to readers-modelers. So, we give this letter. 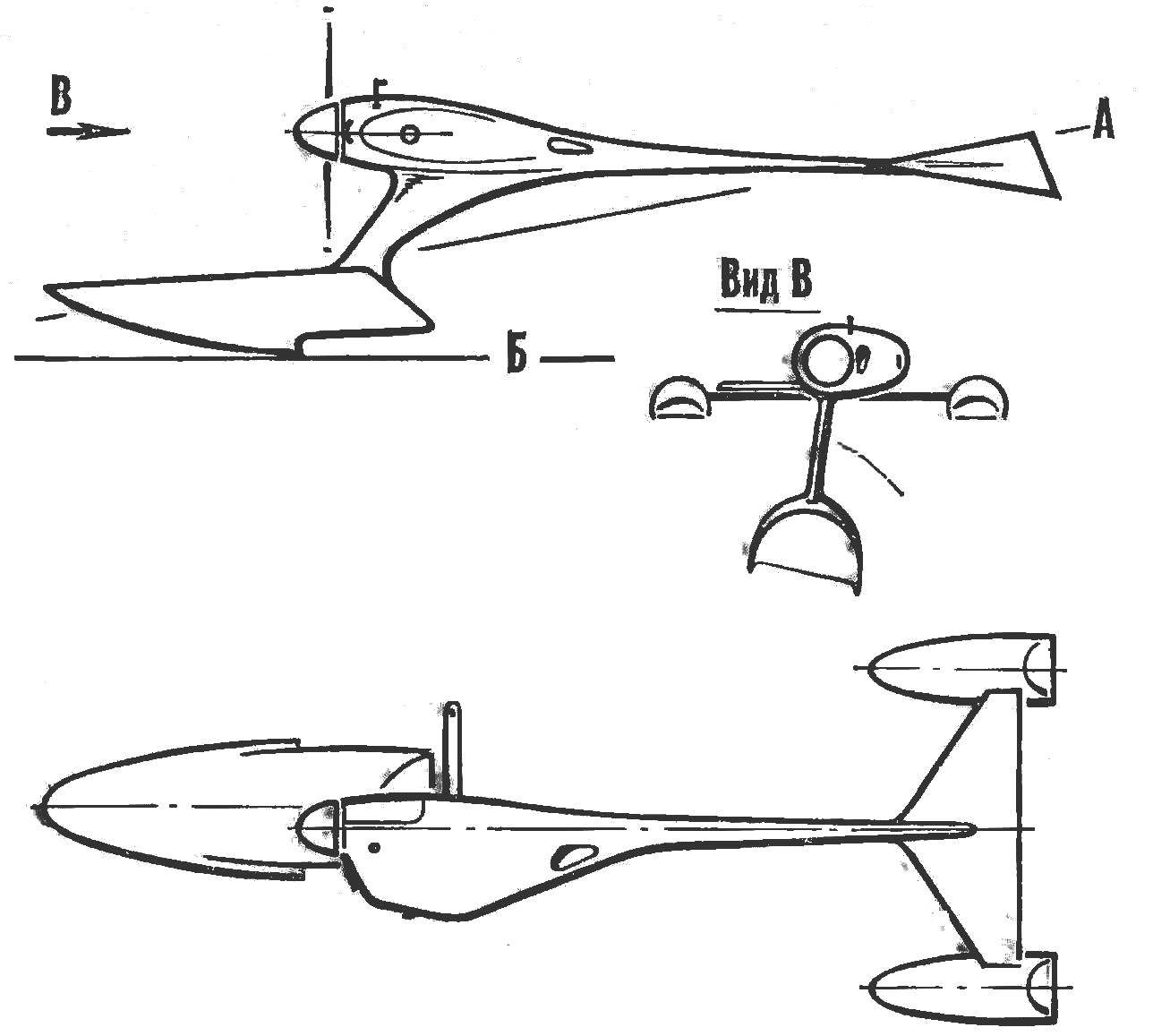 Fig. 1. Cord model aerolaser the new scheme.
And position of the model relative to the water level with the engine off, B — on the design speed.
For maximum balance model aerolaser affecting the value of balancing the losses and the stability of the motion on the perturbed surface waters must comply with the condition:

where P — weight in kg,
L — shoulder from the edge of the redan to the center of gravity, m,
h1 — the height difference between the screw axis and the level of suspension of the bridle, m,
The value can be calculated by the formula:

N — power of engine, HP,
the n— efficiency of the propeller (“0,7),
V — velocity of motion of the model, km/h.
The transition to a compact scheme with the rejection of the long housing of the beam will lead to a significant increase in stiffness of the whole model, sharply reduced the mass of the model and accordingly the flow resistance, directly dependent on the weight of the machine.

Fig. 2. The action of the loads on the model walking on aquadrome to the design speed.
The application of the scheme developed with the main float will allow you to use the effect airbag: partially unloaded redan and reduce the level of hydrodynamic losses. 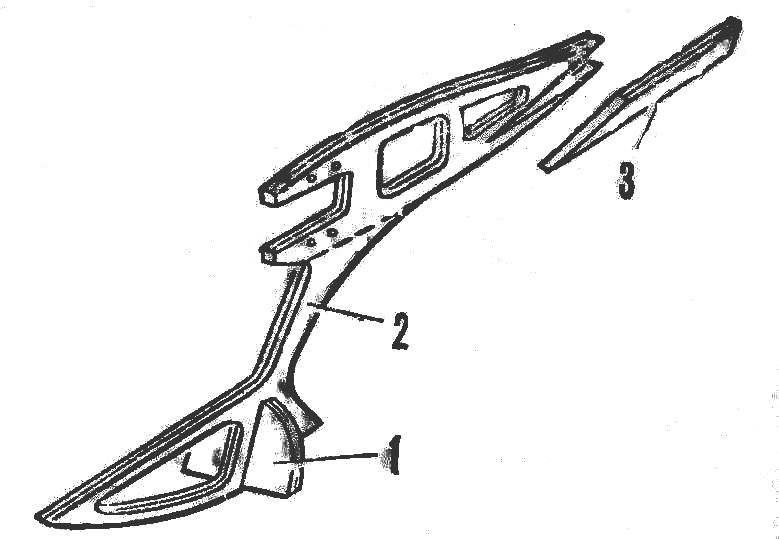 R and S. 3. The power part of the model;
1 — the reference frame of the redan, 2 — power circuit 3 — tail rail, the bearing stabilizer.
The refusal of the elongated body and transfer beams of the stabilizer upward gives the opportunity to eliminate losses associated with the need to disperse the masses of water coming from under the front of the redan on the hull, to the speed of motion of the model in the usual way. 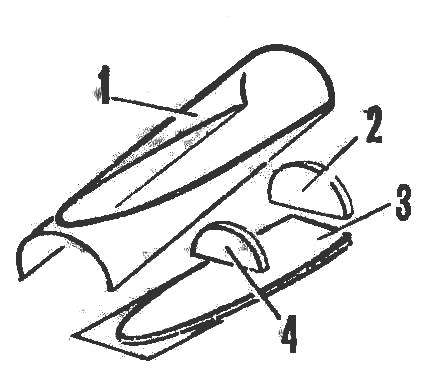 R and S. 4. The aft float:
1 — body float, 2 — feed frame, 3 — Shoe, 4 — auxiliary frame
Compactness and a considerable reduction in the weight of the model in parallel with a reduction in the required displacement of the floats will cause a sharp decrease in aerodynamic resistance corresponding to the magnitude of the external surface of the device.
Under scheme with raised tail floats model threatens to capsize after the engine is stopped, as when lowering the tail water the engine turns two or three times closer to the surface than in the conventional scheme. 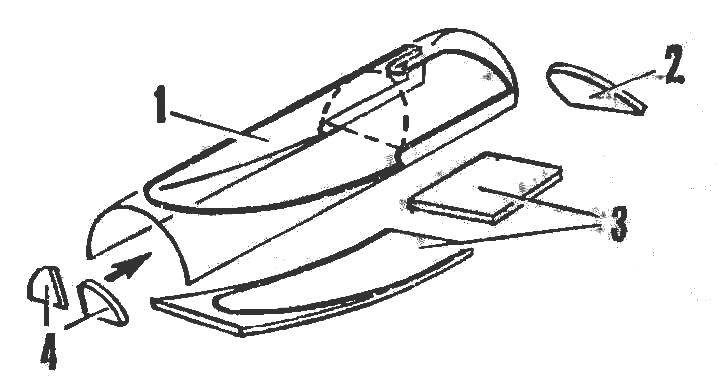 Fig. 5. Making basic float:
1 — body float, 2 — feed frame, 3 elements of the sole, 4 is a support frame.
The tail part of the model, do not carry almost any load with the new schema can be reduced to the limit. In the proposed embodiment, the tail floats glued celluloid of a thickness of 0.3 mm, the stabilizer has an easy case structure, covered with a Mylar film. Front redan similar tail, glued the celluloid of a thickness of 1.5 mm. Glow motor working volume of 2.5 cm3 with rear exhaust direction inserted into the case head inside. Cooling water, with the water intake near the base of the redan. Fitted with a small expenditure the water tank, allowing launch preparations to work without fear that the engine will overheat. The volume of the fairing, performing both functions and power, is used as the labyrinth chamber muffler. Waste cooling water is discharged into the last compartment of the “labyrinth”.
The mass of the model 250, Start and movement on the waters is sustainable.