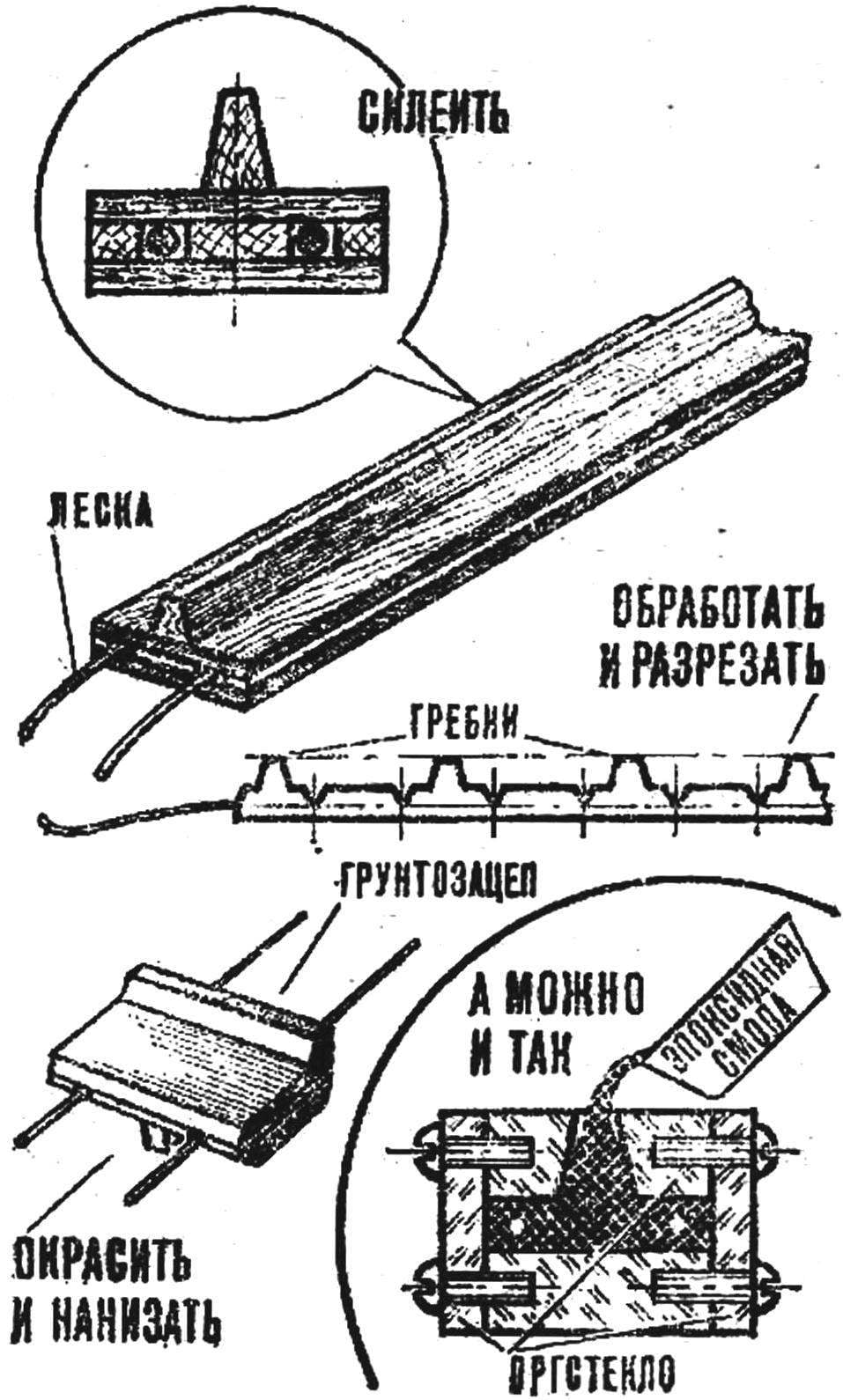 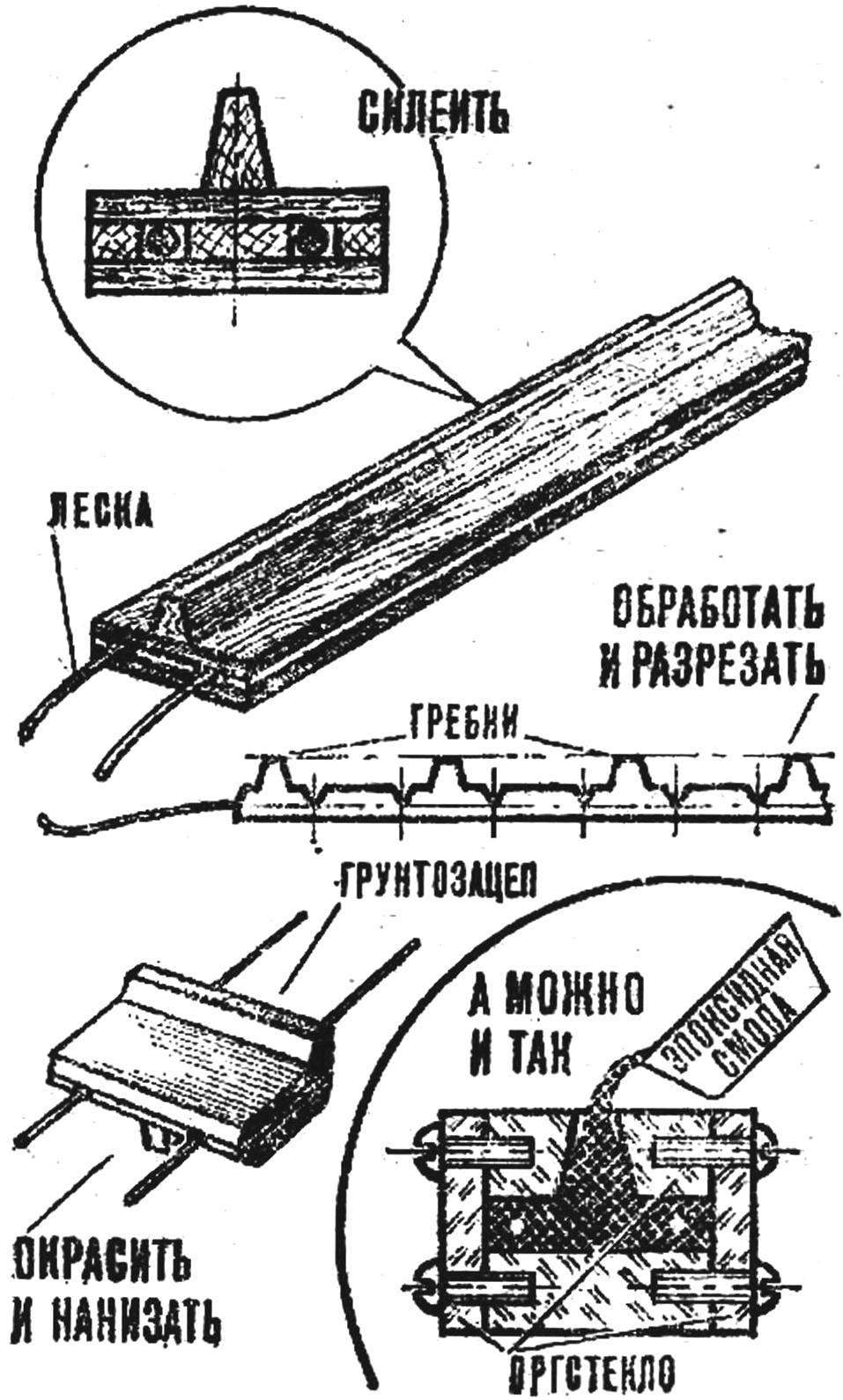 Many attract-models tracked vehicles. However, their reproduction is more difficult when it comes to making tracks. Offer the readers of “M-K” I have developed a method of manufacturing such a mover… from the tree. This caterpillar doesn’t have many joints: it consists of tracks, strung on two closed in a ring of nylon fishing line. You first need to glue a wooden profile, which is the cross-section shown in the figure. To “that will require thin strips of plywood and rails of oak or beech, its assembling is held with epoxy glue. Into the grooves better, lay a nylon fishing line — then they will not be filled with adhesive, and after curing 1его thread is easy to remove from the workpiece.
After the glue dries, the resulting profile is laid out — it applied the cutting line, and the contours of the ridges.-Then a triangular file along the lines of the section of bore recesses (to nazov under the line) and selected depression between the ridges. Remains to cut through the workpiece into separate tracks and put their PA line. If necessary, the surface of the truck glued lugs, made of pieces of matches, and then the caterpillar turns.
In principle, the same Shoe construction can be done in an entirely different way — moulding of epoxy resin. This would require a collapsible Form of Plexiglas. To connect the plates it is possible with screws M3. Pour the resin into the mold is necessary after pulling a nylon fishing line through it — after curing of the resin it is easily pulled from the preform.
V. KHRUSTALEV, Explores, Tula region.