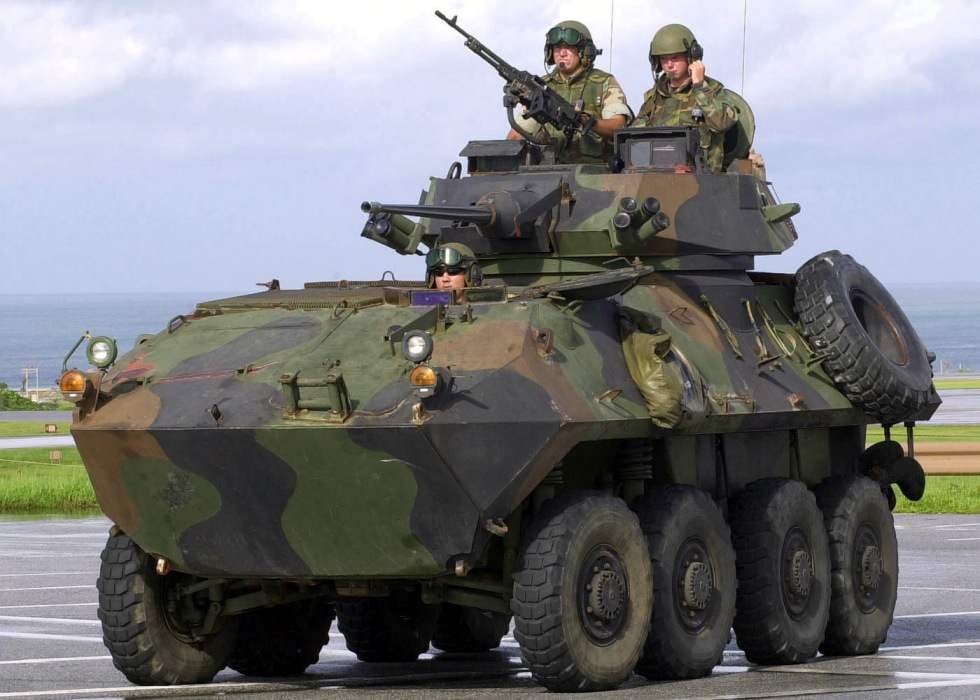 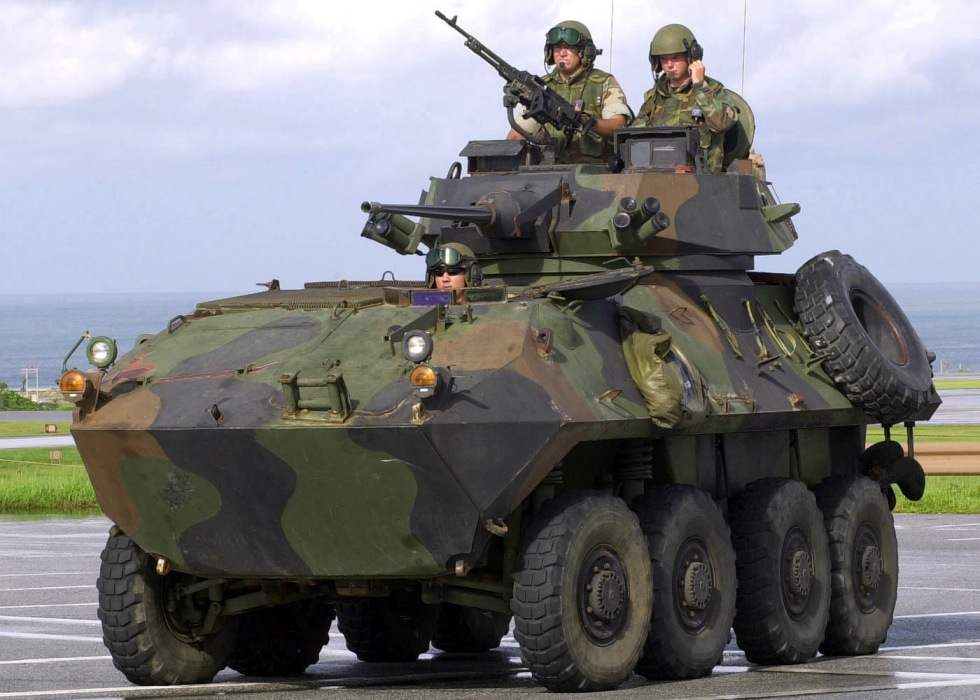 In recent years one of the most developing areas in the armor was the creation of vosmiklasnica machines wheel formula 8×8 with different weapons. These machines are more mobile in tactical combat, and less costly to operate and maintain, but worse armor, and have less combat power. Tracked them the “rivals” have more weight and often size, which affects the possibility of transfer of various vehicles, especially aircraft. Here at strategic mobility — benefit wheel designs.

One of the basic requirements now, for example, the army’s leadership of the United States to the vehicles, is the condition of its transportability aircraft type C-130 Hercules, although for this purpose are already in use and more capacious C17 Globemaster III, and Airbus A400M.

Local wars of recent years have shown the increasing ability of military units to conduct combat actions in isolation from their connections and ability to face a well-armed enemy. That’s why wheeled combat vehicles must be highly maneuverable and have powerful guns.

Military experts are currently put forward to combat wheeled vehicles new tactical and technical requirements, consists in increasing the load, capacity, and strengthening their booking at the same time with the firepower. On some samples successfully installed the tank turret, combat module with remote control, systems of dynamic protection. Shooting is conducted using the fire control systems (FCS).

Of the armies of many countries are armoured combat vehicles (ACV) with the wheel formula 8×8. It is our BTR-90, continuing the family vosmiklasnica Soviet armored personnel carriers. Large-caliber tank gun Vladimirov, and a small turret on the previous models had replaced the fighting compartment with a 30-mm automatic cannon, grenade launcher, machine gun PKT 7.62 mm anti-tank missile system. Essentially, this is a light wheeled tank that can fight against armored vehicles at ranges up to 4000 m. the Capacity of the BTR-90 (7 t) allows to produce on the basis of its chassis combat vehicles for various purposes, including machine fire support with 120-mm cannon. 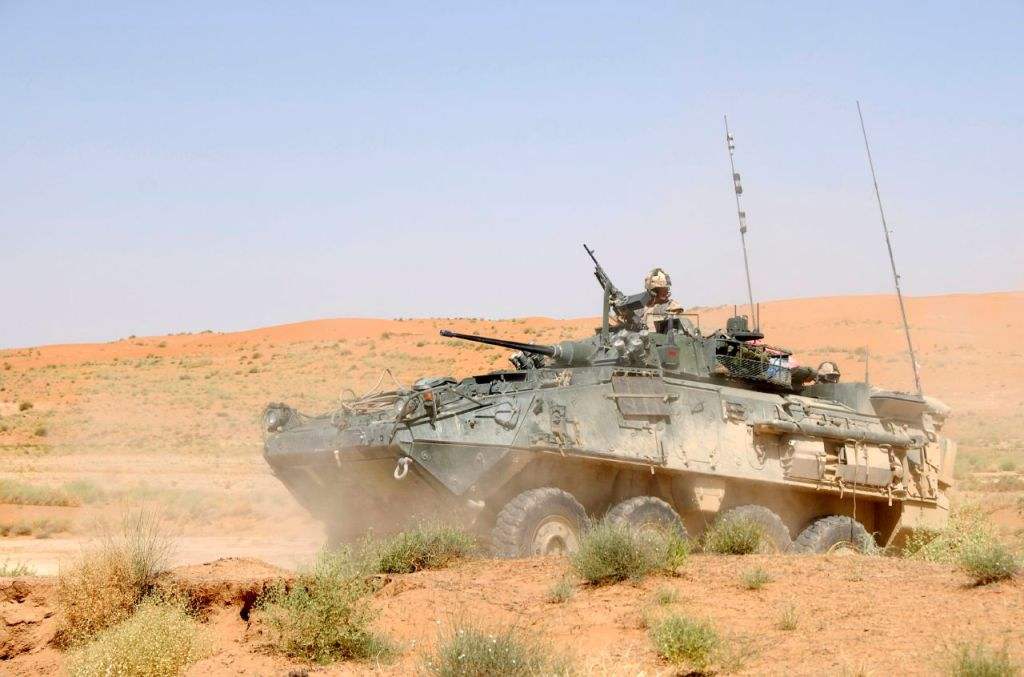 In Germany and the Netherlands order was placed the military command in these countries 470 armored multi-purpose machines Boxer (“boxer”) with the formula 8×8 with a total value of more than $ 2 billion. The first production vehicles firm ARTEC released in September 2009 On the German samples put combat modules FLW 200 remote control, which can be completed with 12.7-mm M2 machine guns or 40-mm automatic grenade launchers Heckler & Koch. In module are color video camera with vari-focus lens, the imager, and laser rangefinder.

Taiwan has adopted the eight-wheel armored personnel carrier CM-32 Leopard (“Leopard”). It weighs about 15 tons, engine power — 326 HP On it is to install even the 120-mm gun M2 50 MG. On its basis, developed seven models for different purposes.

The first company that started to produce 8-wheeled fighting machine, became the Swiss Mowag Motorwagenfabrik. First, here designed and in 1976 launched the production of armored vehicles of the family of Piranha (“piranha”) with the wheel formula 4×4, 6×6, then 8×8. All of these samples the engine was in front, beside the driver. Suspension — independent with telescopic shock absorbers, spring — to front steering wheels and torsion arm for the rear. The layout, suspension, location of units in the building have since the standard for such machines.

In 1982, the model of the Piranha I 8×8 won the competition in the United States, and General Motors of Canada has released since then, more than 750 of these cars is under the new name LAV 25 (Light Armoured Vehicle). 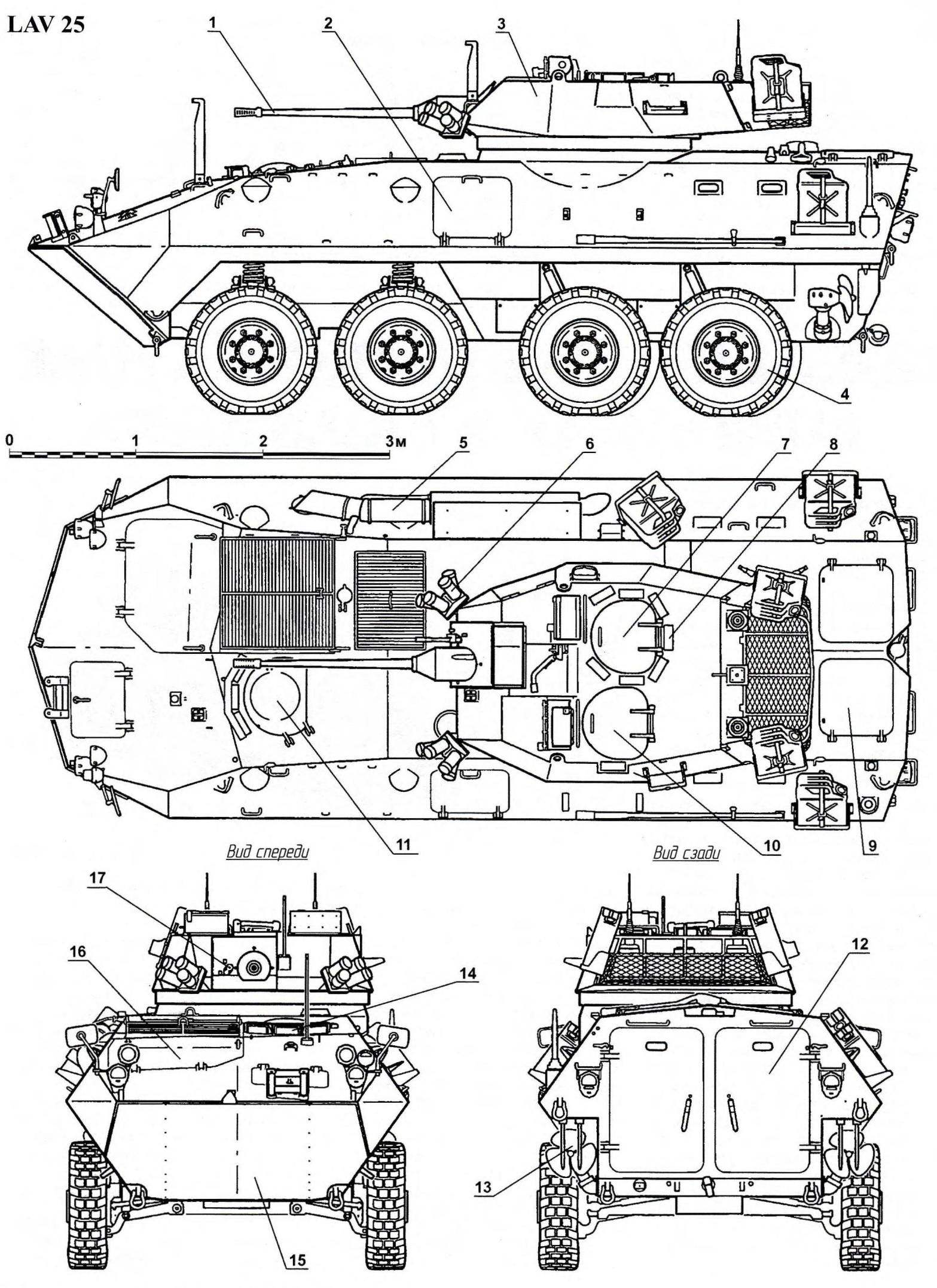 The commander and gunner have stabilised in the vertical plane combined sights day and night vision. In addition, on the roof of the tower there are seven periscope observation devices commander and one gunner. Using a laser rangefinder and thermal imager at the monitors displays a combat situation.

The driver of the vehicle uses three periscope observation devices. One of them may be replaced by a night vision device.

Communication with units and command supported with the help of radio AN/РRС-68.

Landing Bay six Marines located at the rear. They come out of the hull through the aft doors and hatches in the roof of the building. — Six viewing devices MIL-B-11352 for surveillance of the terrain.

If necessary for the emergency evacuation of the machine crew has extra escape hatch in the left side.

In 1996, the company Mowag produced the following pattern of “piranha” III, which had larger diameter wheels and hydropneumatic suspension with adjustable ground clearance. In a larger troop compartment, which also now carry up to eight soldiers landing. Armor kept falling 14.5-mm armor-piercing bullets and heavy machine guns. However, the machine became much harder. 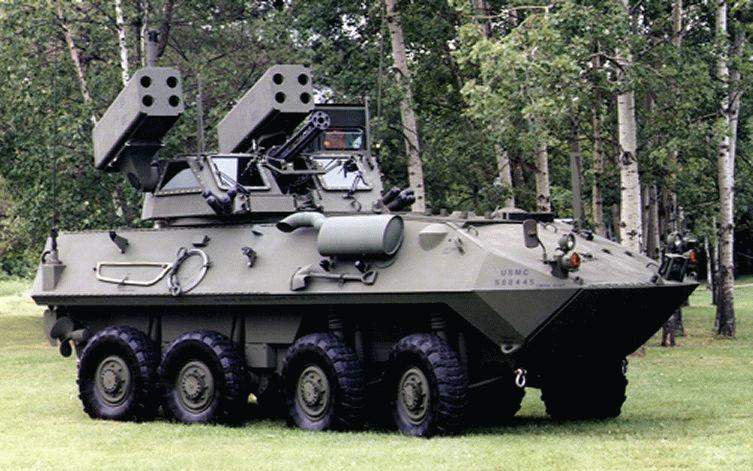 In 1999, the military command of Canada signed a contract with the company for the production of new armored combat vehicles infantry (BMP) with the wheel formula 8×8. For a sample, took the latest development of the company — car “piranha” III. Its welded armored body additionally hung steel sheets also protected the bottom of the explosions minutes Now machine withstand hitting 30-mm shells in the front part and the bullets of caliber 14.5 mm to the sides and rear. Such a modification is called the LAV III Kodiak (“Kodiak”).

LAV III was the basis for the production of military armored vehicle Stryker, adopted mechanized brigades created in the United States army.