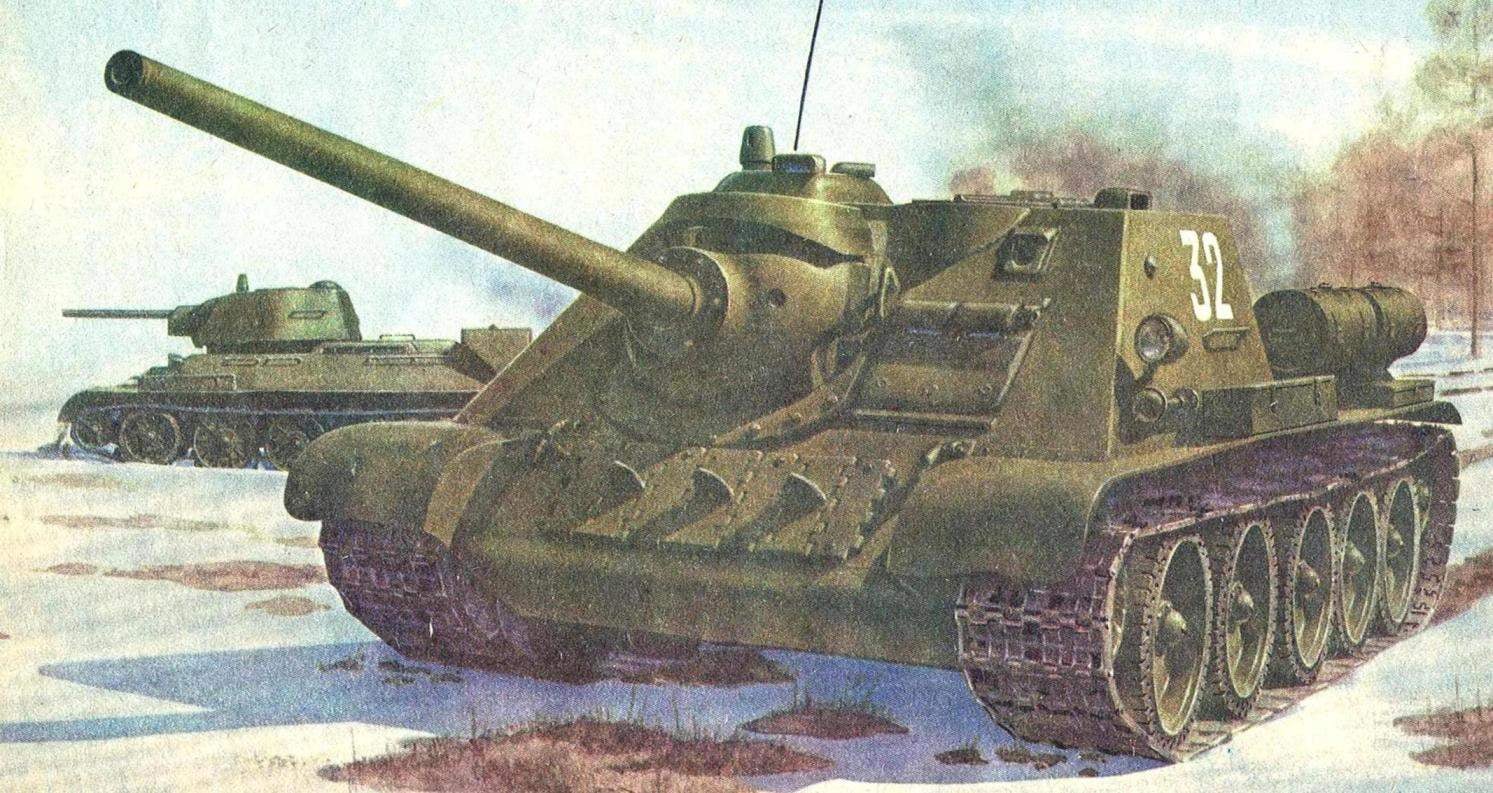 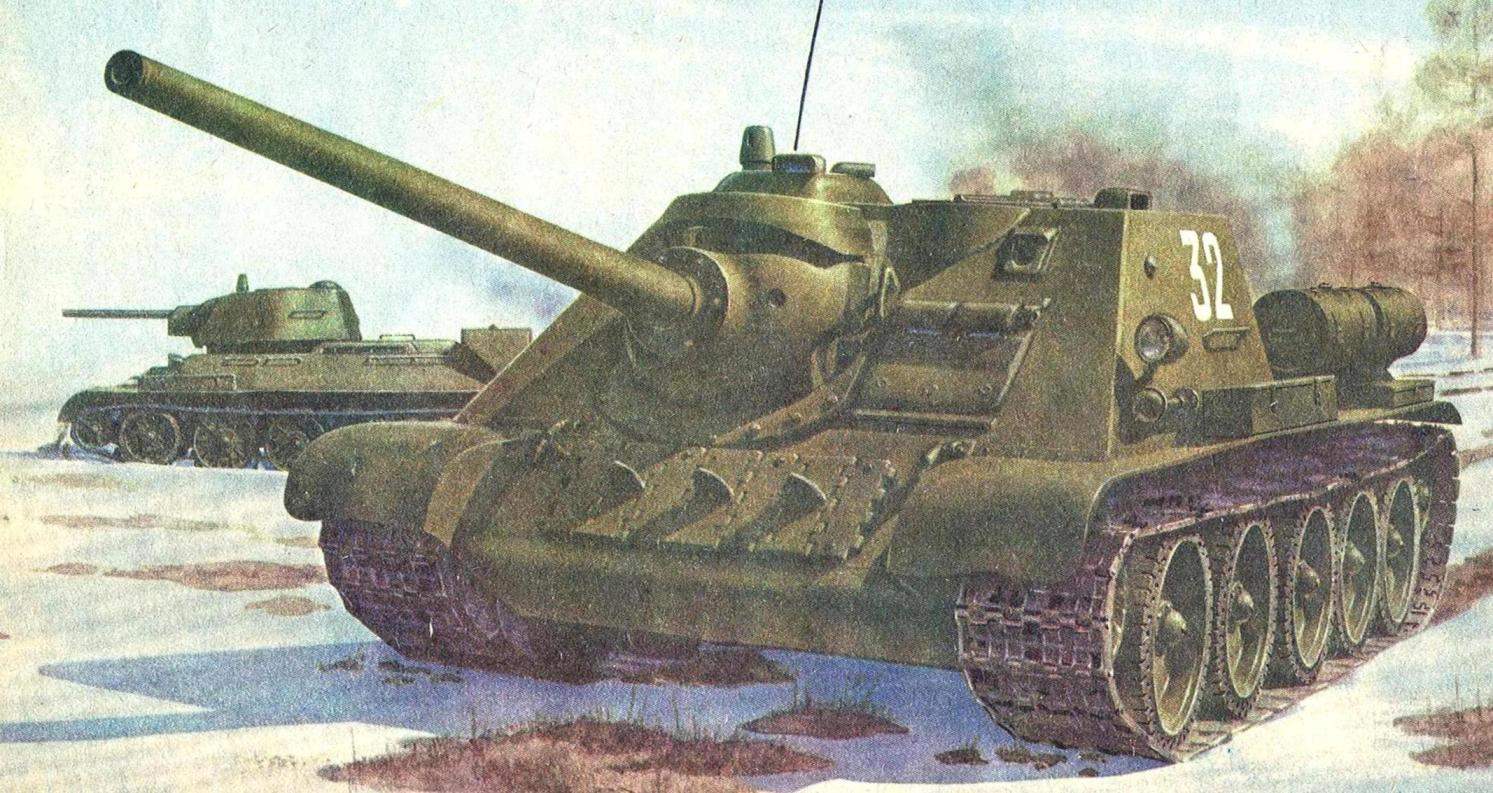 The Soviet designers managed to create a fighting self-propelled installation SU-85 with a full booking, able to deal with medium and heavy enemy tanks with high maneuverability and passability. Offices and engine and transmission were the same as the T-34 tank. This allowed us to complete the crew without retraining. Unitary munitions and gave an opportunity to reduce its numbers to four, which made a more concerted actions of the crew in battle.
For the commander -installation in the roof of the wheelhouse was welded to the armor cap with prismatic periscopes. In subsequent episodes to improve surveillance armor dome was replaced with a commander’s cupola as the tank T-34, with the double hatch. In addition, the crew could conduct surveillance through the prismatic devices back and to the left. In later samples introduced additional prismatic devices of the commander of the installation,” having previously governed them forward and to the left rear corner of the case, and for the crew still to the right. Personal weapons fired in three loopholes: in the frontal and on the sides. They were closed by conical plugs. To embed the panorama bracket in the front windshield the sheet was formed a ledge.
The driver’s hatch was done the same as in the T-34. The crew entered the tank, in addition, through manholes and roof: for the gunner in the front for the commander and loader — in the rear part of the cabin (with two doors). Through the hatch gunner also exhibited a view of the guns firing from closed positions. 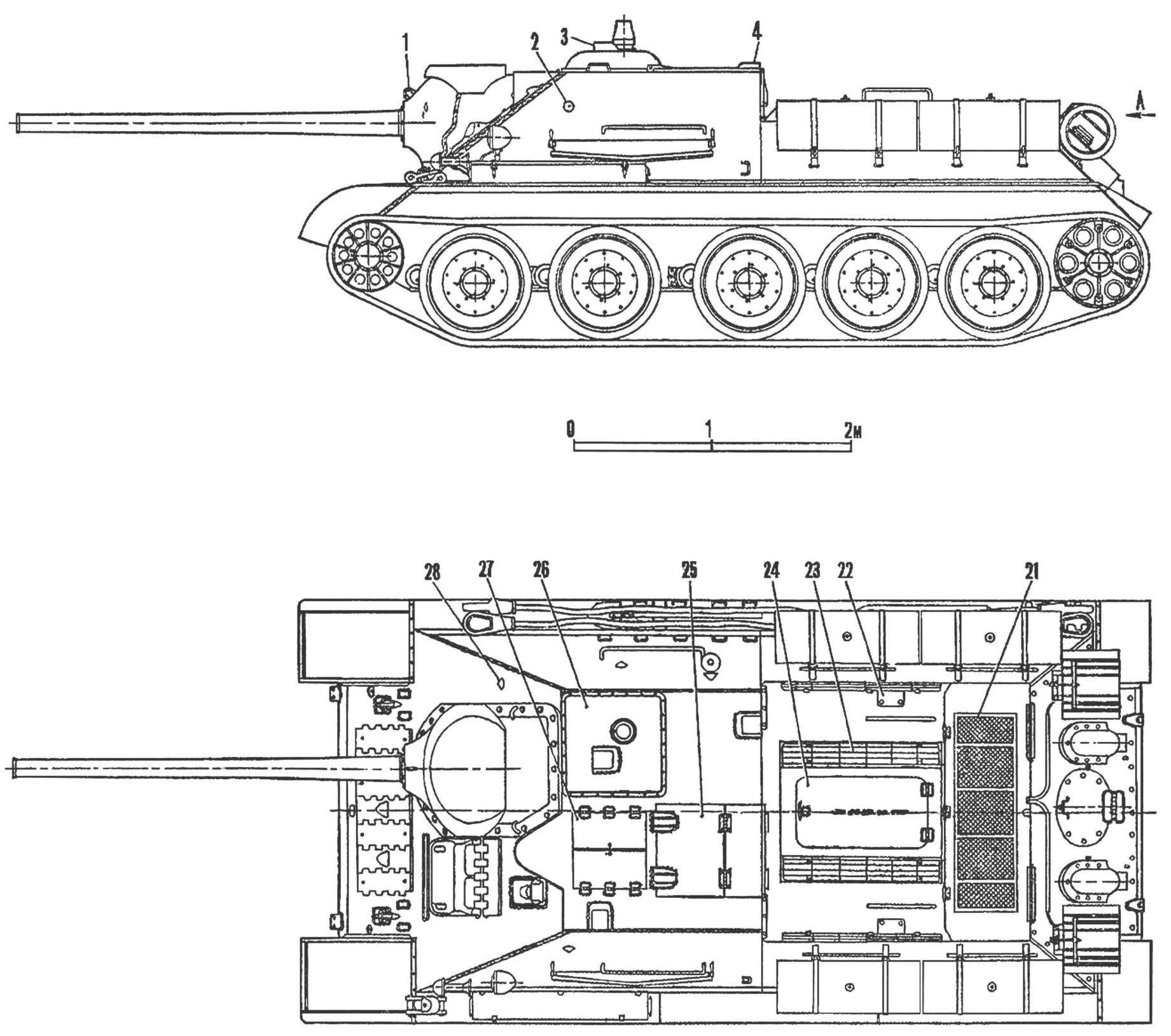 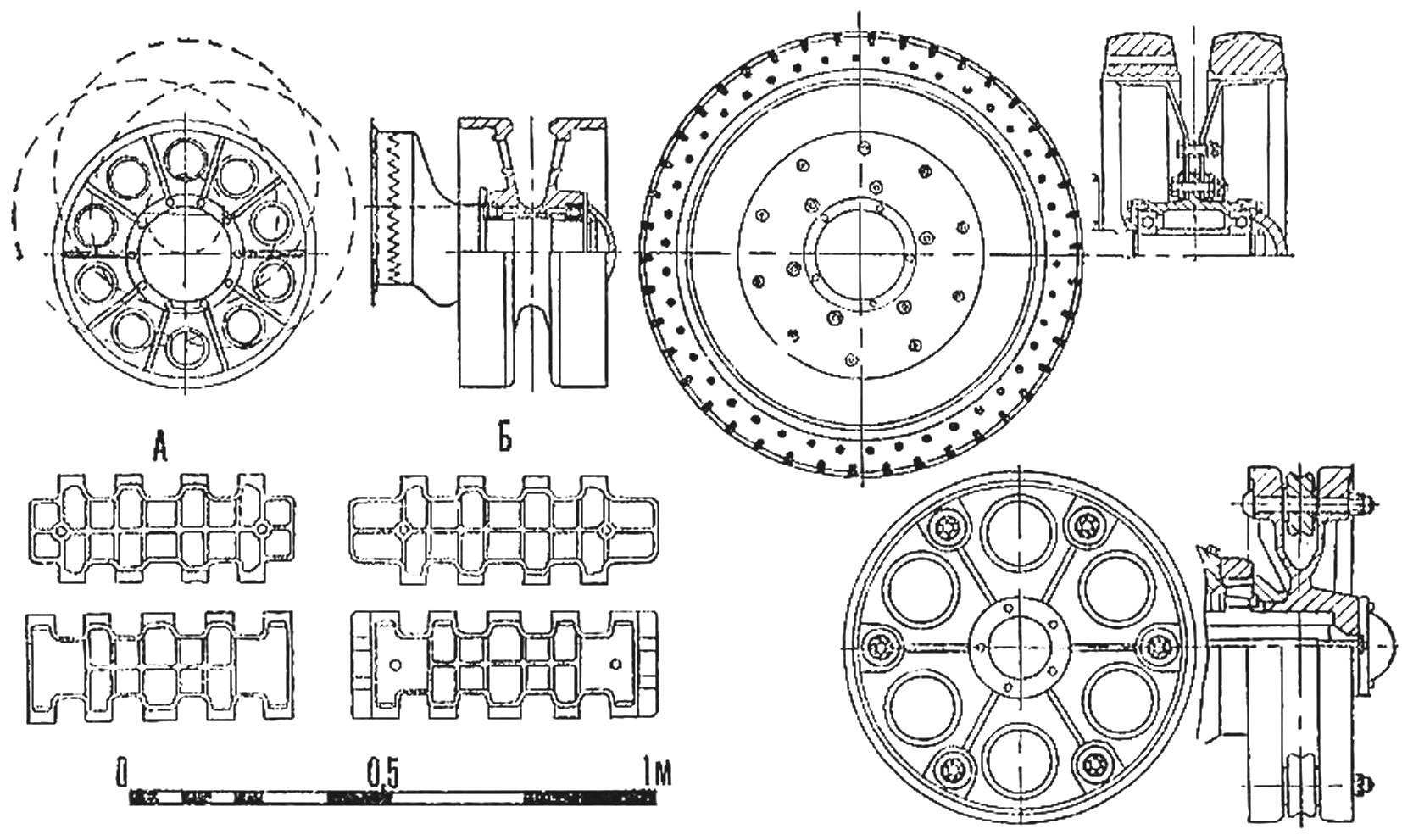