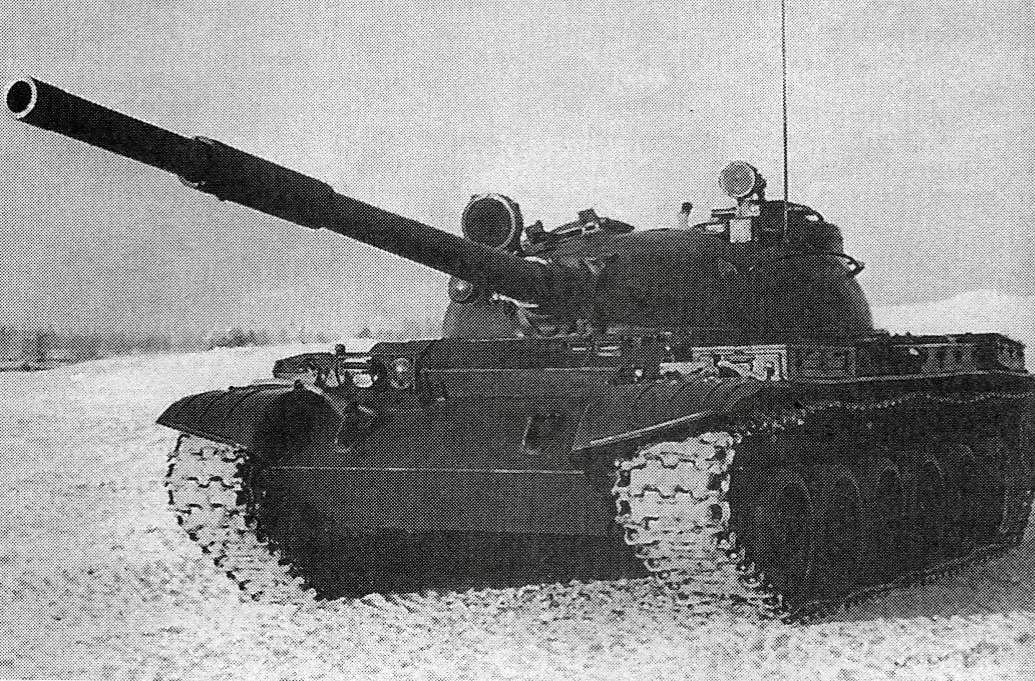 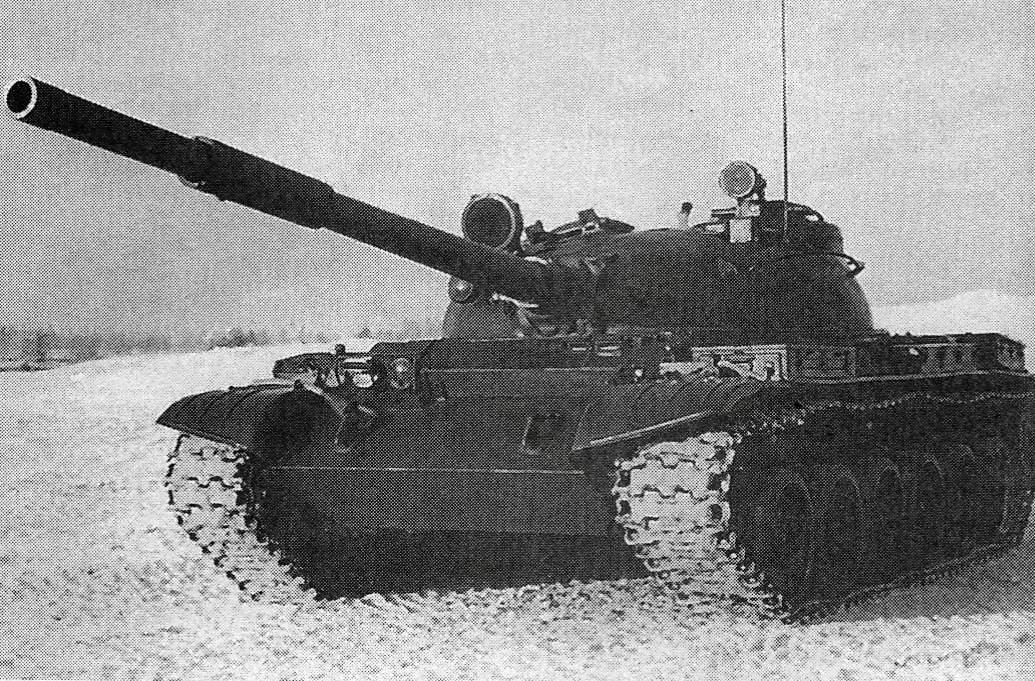 Worldwide specialists in armored vehicles by the famous Soviet main battle tank T-72 “Ural” and his heir — the Russian main battle tank T-90. But few know that the basic design and technical solutions used in these combat vehicles were tested on prototypes of tanks “Object 166Ж” and “Object 167”.

Of the above two machines, the prototype of a medium tank “Object 166Ж” was a production medium tank T-62, which was installed automatic loader designed for the theme of experimental design work (OKR) “Acorn” On the tank T-62 in the domestic and foreign literature is well known enough. But on the experimental middle tank “Object 167” is not often mentioned. Even in the books of the FSUE “Production Association “Uralvagonzavod” devoted to the history of the T-72, this machine, in our view, paid little attention. This is despite the fact that in 1970-ies of the last century, prototypes of a medium tank “Object 167” and various projects its modifications have examined the use of guided weapons, mechanized loading cannons, multi-fuel diesel engine with supercharging, system hydrocarbonate the movement of the tank and chassis with the supporting rollers. Subsequently, the circuit layouts of these machines with automatic loader used when creating a main tank T-72. Therefore, an experienced medium tank “Object 167” can rightly be considered the transition from the T-62 to T-72 tanks, that is to say, the “grandfather” of the “Ural”.
Experienced tank “Object 167” had been developed in 1961 to take the initiative in honor of the XXII Congress of the CPSU design Bureau of the plant number 183 in Nizhny Tagil under the leadership of chief designer L. N. Kartseva. Originally the idea was to improve the T-62 tank by installing a more powerful engine with a supercharger and new suspension. “Binding” of the engine is engaged the motor office under the leadership of L. A. Vaysburd, and on a new selectcol suspension worked S. P. Petrakov. Lead engineer on the car were V. N. Venediktov.
New technical solutions in comparison with the tank T-62 under the project were: the installation of more powerful weapons, semi-automatic gun loading, the use of radiation materials beschastnova air cleaner, air use of diesel In to 26, system hydrocarbonate of the transmission and supporting rollers and the supporting rollers of smaller diameter in the undercarriage of the First prototype tank “Object 167” Zavod No. 183 was made in September 1961 Only 1961, he released two experimental tank “Object 167”.
The tank was planned to install a 125-mm smoothbore tank gun D-81, stabilized in two planes, the initial velocity armor-piercing projectile of 1800 m/s and a unitary shot. The first samples due to the lack of a smoothbore gun D-81 were installed 115-mm smoothbore tank gun U-5TS, too, stabilized in two planes with semi-automatic loading and initial velocity armor-piercing projectile 1550 — 1600 m/s With a gun was the coaxial machine gun SGMT 7.62 mm direct fire cannon from the gunner had daylight articulated telescopic sight ТШ2Б-41 and night sight TPN-1-41-11. The latter was connected parallelogram drive with a gun cradle that ensures the synchronicity of his work with a gun. The turret twin installation ranged from -6 to +16°. Speed vectoring twin installation from the control panel of the stabilizer “meteor” in the vertical plane ranged from 0.05 to 4.5 ° /s, horizontal: 0.05 to 18 deg/sec. When firing indirect fire was used side level and azimuth pointer
Tank “Object 167” had surpassed the mass-produced T-62 firepower, maximum, and average velocities, power density, smoothness, protection against ionizing radiation In the ammunition of the tank consisted of 40 unitary shots, which were placed in the tower — 2 PCs., front tanks-racks — 16 PCs., in laying the engine bulkhead — 19 items, on the left side — 1 piece, and on the starboard side — 2 piece Ammunition gun SGMT consisted of 2500 rounds 10 tapes, which were placed in the tower (on the right side) — 4 tape in the rack and 1 tape in the store on the machine gun mount; in the fighting compartment — 3 tape in the shops in the batteries; 2 tapes in the shops on the left side from the engine bulkhead. In addition, fighting compartment in the installation housed the AK-47 7.62 mm and grenades f-1 in the amount of 12 pieces that fit in recesses of the hull. 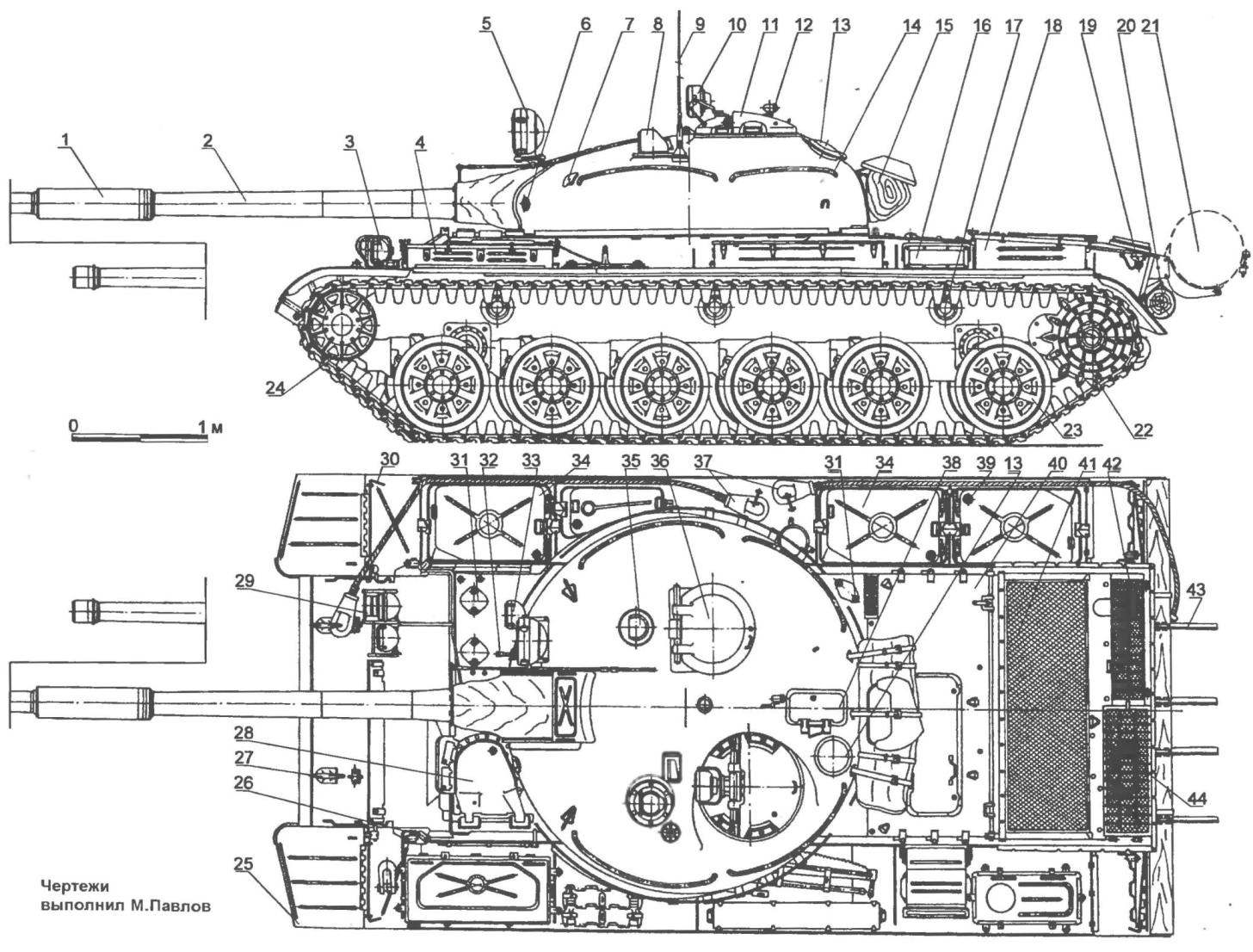 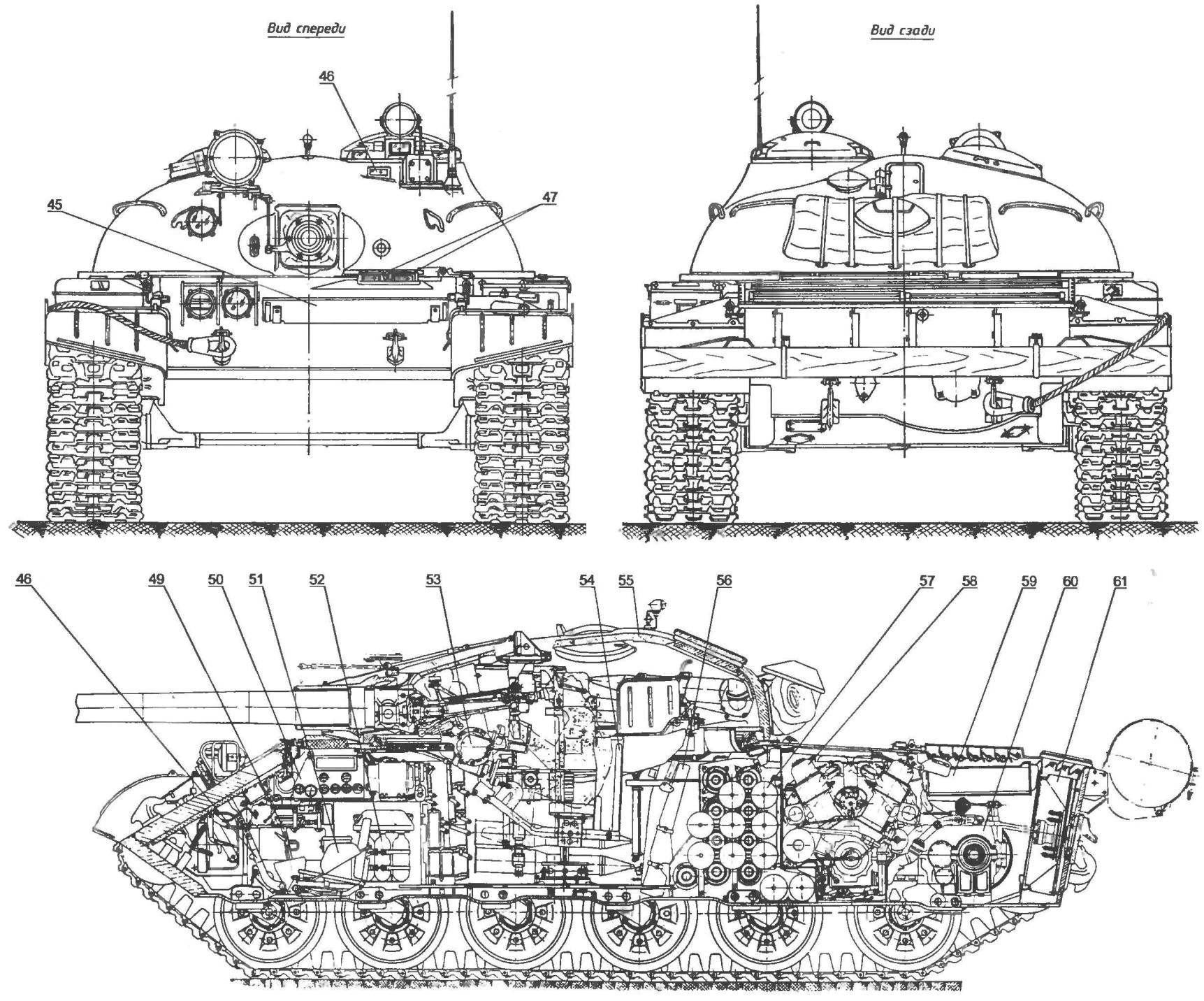 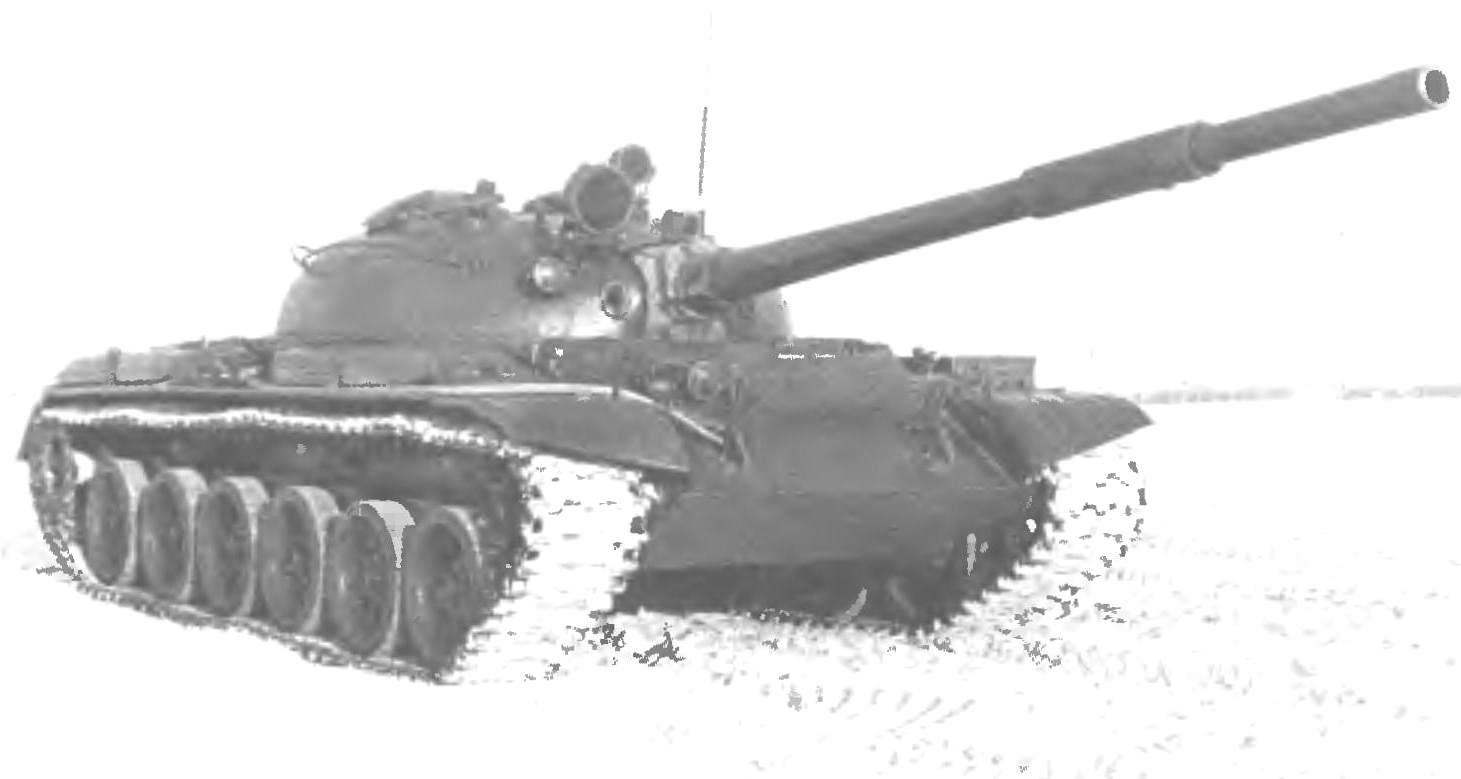