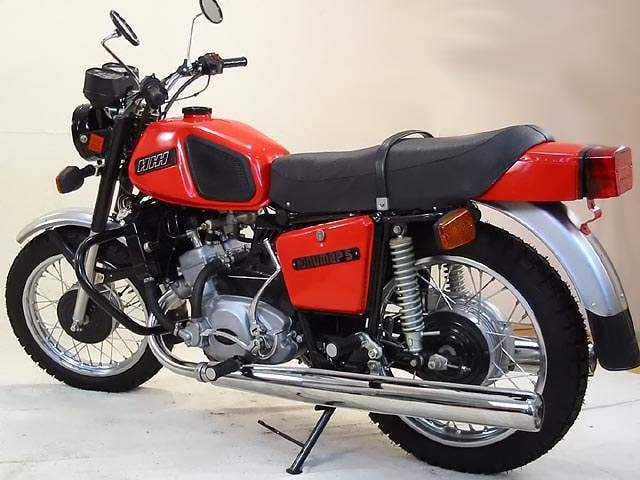 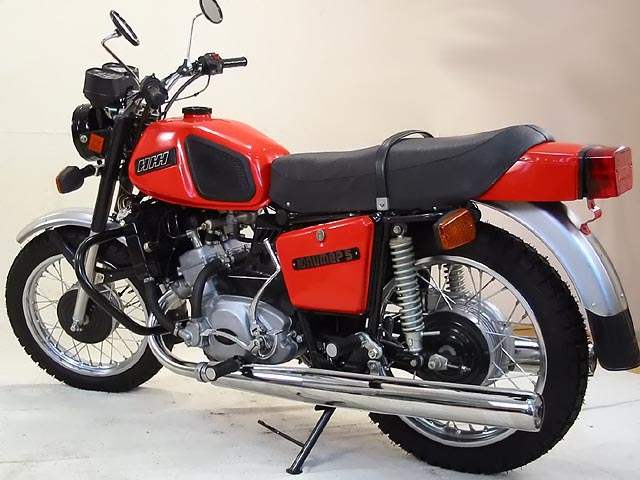 On own experience made sure that there are no limits to perfection for Russian motoakademija. To bend and digest the frame, to bring forward the plug, push back car, and the front Bicycle wheel is turbulent, in General, the imagination knows no bounds! However, when it comes to alterations of electrical equipment, mater biker often he scratches the back of his head, or goes cap in hand to the garage “special”.
With total respect to the push-pull technique in the Outback somehow special honor is “IZH-Planeta”. Of course, the machine is reliable, simple and straightforward. Wanted to get rid of the battery tocha faceplate adapter, put a 90-watt “Volgodonskiy” generator Yes collect model scheme of the same “Sunrise”. Lepota! The other thing is “Jupiter”. Kind of all the same IL, but no cylinders, then two. And then a little the help of numerous publications on contactless ignition IZH-Y. It’s necessary to solder the circuit, wind transformers, to spend money on an expensive Hall sensors, switches, coils. Go and shake: what if all this self-made electronics fail, than it is on the side of the soldering? But on the other hand, “Jupiter” more powerful “Planet” will be. Here and there in the vastness of Russia the alternative versions of “lighter” kind of installed on the IL-th 1962 dvuhkrugovogo magneto tractor T-100: the more “sophistication”, but for the village will fit. 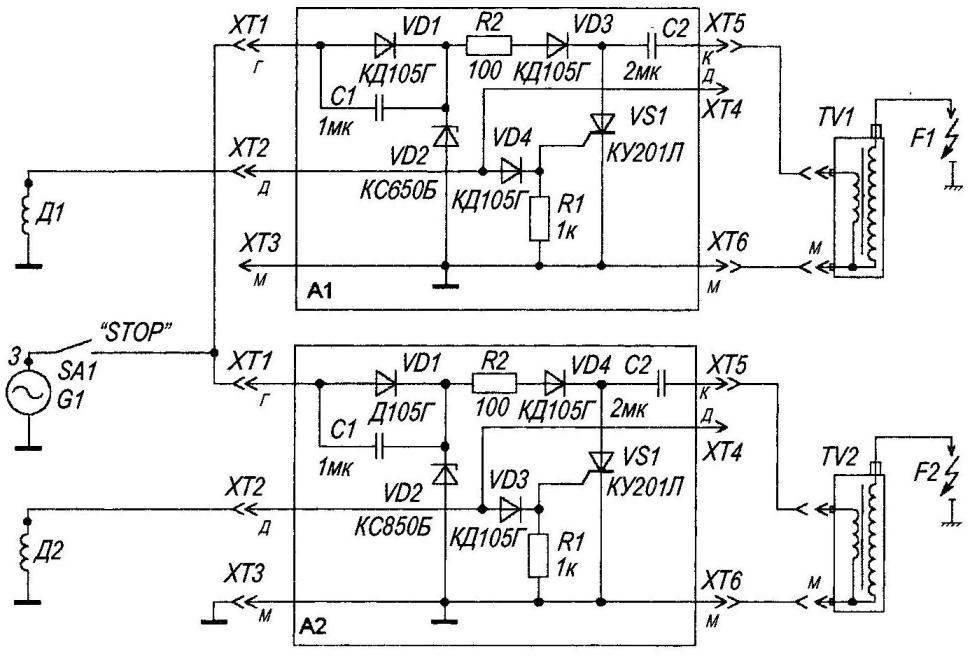 Fig. 1. A circuit diagram of a dual system electronic ignition 2-cylinder motorcycle engines
I have this problem too hooked. For two seasons I worked on finding the optimal variant. As a result, the present circuit design. The Foundation took the following source:
1) In two-stroke 2-cylinder motor, the spark can be fed to both cylinders at the same time. Stroke only in one. As an example—the engine RMZ-640 “Buran”.
2) to Connect in parallel two BCS to one generator do not: do not allow the internal structure of the blocks, that is, the spark, of course, will, but, first, very weak, and secondly, to start the “kick” it will take quite a vigorous jerk. After considering the expanded diagram (Fig.1) it becomes obvious that the BCS unit is designed to work with 1-cylinder engine. In IZH-second bits interspersed through 180°. Therefore, the energy overwhelmed the two generator units is not enough to replenish the charge of the discharge capacitor C2, as total capacity increased twice—up to 4.0 UF. In the process sparking the opened thyristor unit A1 shunts the generator output—in this moment the charge of the capacitor C2 of the block A2 is not happening. The arguments of the opponents: “and I gathered on the two switches and works”, perhaps, should be attributed to the dispersion of electrical parameters of circuit elements.
3) you Cannot directly connect pins from the inductive sensors—will be put out to signal each other.
4) the ignition System must be assembled from factory (industrial) elements.
5) and, of course, parts (items) should be as small as possible—it is from considerations of space limit on a motorcycle.
Its first version of the electronic ignition I have gathered the description of “M-K” № 8’1998 “Forget about the battery.” I have traveled with two switches season, but, on reflection, decided—I can do better—has gathered such a scheme on a homemade printed circuit Board with smaller dimensions. The capacitors were taken with the smaller capacity (to 1.0 µf.). Launch was better, but had doubts about the reliability of the design. The case brought by people who are passionate about trikes. Here on “the Search-06” I met ignition system “Buran”. The question of “one or two” was resolved in favor of the single-channel system as more reliable.
Let us consider the diagram shown in Fig.2

Fig. 2. A circuit diagram of a single-channel electronic ignition system for a motorcycle “IZH-JUPITER”
Switch (A1) — thyristor 251.3734, 261.3734, 252.3734, 262.3734 (I vidovszky 251.3734, but can be any, up to CAT-1A; it is undesirable to use a BKS-1MK-211: circuit “strangled” by the maximum speed).
Coil (T/1, T/2)—two “volgodonskoe”: 2102.3705 or B, 300B. Suitability “Izhevsk” is not checked—I think they will last not for long.
The generator (G)-43.3701 or 80.3701 — is placed through the faceplate, the type depends on the power (and voltage) of the lighting circuits, in the top cover of the boxer punched two staff induction sensor from “Minsk”; such modernization is described repeatedly, so it will not be the Signals are received on a single node also homemade.
Faucet (A2 in Fig.2): the diodes VD1, VD2 divided windings of the sensors D1, D2, but mixed signals from them. The mixed signal is fed to the input D of the switch that generates bit pulses through both connected in series ignition coil TV1 and ТV2. You should pay attention to the correct polarity connection of the coils and sensors. It is important! In other respects the scheme is similar to schemes for light motorcycles. 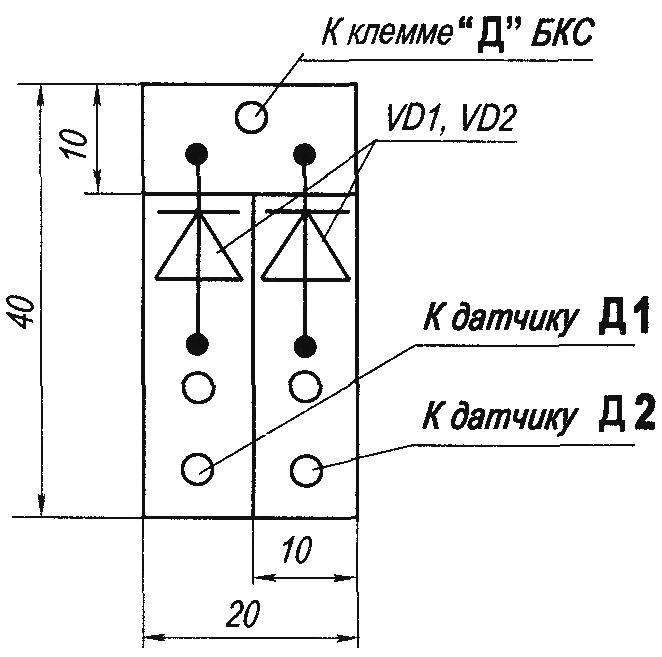 Fig. 3. The scheme of mounting the diodes of the mixer
The diodes in the mixer you can use any (preferably with low forward resistance) IRAB = 50 V, RB = 500 mA (I КД212), their failure is unlikely. Placed them on the Board from foil fiberglass (see drawing in Fig.S) and the wires connected with standard avtostekla. Outside wrapped with PVC tape. The switch is secured on the bracket under the gas tank near the coils.
Connecting wires from the switch to the minimum length and maximum cross-section (I have about 2.5 mm2)—less loss of the discharge energy. Now, the signal sensors lightning simultaneously in both cylinders. Noticed that, compared to the two-channel switch at different copyright schemes, the spark is longer and has the typical clicking sound, decreased the starting speed (start with “Polityka”), due to higher energy and become more stable idle. Not justified fears of the doubters about the potential reverse flashes in the carb. Was initially concern that the time between two trigger pulses will not have time to charge the capacitor C2, however, everything is normal: misfire at maximum speed is not marked. Of course, a spare switch with a drive, but it is for complacency. The wear of spark F1, F2 during the operation period (2 seasons) minor, I did not clean never. Since the discharge spark is now happening at the same time, you can swap the candle caps—the engine continues to run. In General, I am satisfied with their scheme, so I recommend to all—repeat, will not regret.
D. STORIES, Kashira