Hard to believe that everything is created by one person. Besides, not a graduate, but a simple fan design. As for the design and manufacture of completely heterogeneous machines required engineering knowledge in several fields of technology. Plus well equipped workshops and rich material stock.

However, the reality is: walking tractor, tractor, car, airplane and a fleet of helicopters was created by the driver long-distance passenger buses Vasily Alekseyevich SVERBIL, behind which only the high school, army and SPb courses in mechanics. And he built them in his small barn, equipped with only a lapping machine, emery circle, a drill, a vise and a conventional set of plumbing tools. What to build is always a problem: sheets, pipes, profiles made of alloy steel and duralumin were and remain deficient. Except that the decommissioned aircraft parts, components and assemblies, brought them to his barn from around Stavropol, enough for another two or three helicopter…

And that’s what really rich Icarus from Zelenchukskaya, as he was called in the Newspapers, so it’s friends (they have it almost in every village of the North Caucasus), extensive, independently drawn from the books of technical knowledge, ingenuity, a rare work ethic and boundless optimism. Sometimes in the city but on the whole ready would not do a simple walk-behind, and then, lost in the foothills of the Cossack village — helicopters! And not any and well flying: SV-3 (Sverbil Basil-3), for example, with great success demonstrated on the holidays — Day of air fleet in the Philippines and the city Day in Cherkessk in the summer and fall of 1996. The organizers trusted Sverbilo important part of the program of the holiday — demonstration flight as we knew that he is certified and has the certificate of the pilot-the fan.
Talented designer and his famous rotary-wing aircraft repeatedly seen in different localities of the Republic. The video kept evidence of the warm reception which had a bold Aviator unspoiled visits such exotic locals.
Many flights made Sverbil for his twin apparatus. And even once he did not disappoint his maker. Even as the designer believes, and on that fateful day in may of 1997, when in flight at an altitude of 170 meters due to the failure of the oil pump stopped the engine. The reason for the refusal was simple: instead of aviation (where can I get it?!) poured regular motor oil.
Crash SV-3, but occurred over a large country array, ended still not dramatic. Sverbil using autorotation, and even having to maneuver in the air, put your car in a tiny kitchen garden, without causing damage to either the owners house or their property. Light escaped and his companion. Affected only himself Vasily, hit a ledge in the cockpit. If under the wheels of the helicopter on solid ground, the consequences of a forced landing would be minimal. But the kitchen garden was dug up, SV-3, touching the soil tilted, the rotating propeller blades had Zazerkale on the ground and the car started shaking so that just won’t quit. It’s a shame, but the pilot was not a protective helmet, only a cloth liner…
At the hospital Sverbil not delayed: potato Spud time, another ver-teledistribution — new air fleet Day is not far off, and the correspondent of “Modeller-designer” comes to meet necessary. After hearing about the accident, came from other cities ^ to visit his friends and even unfamiliar people, interested as he was flying on an improvised aircraft. 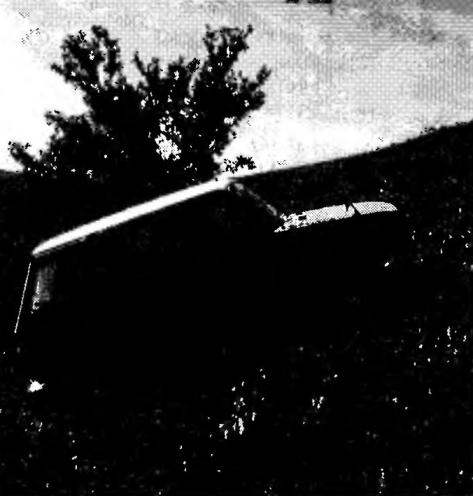 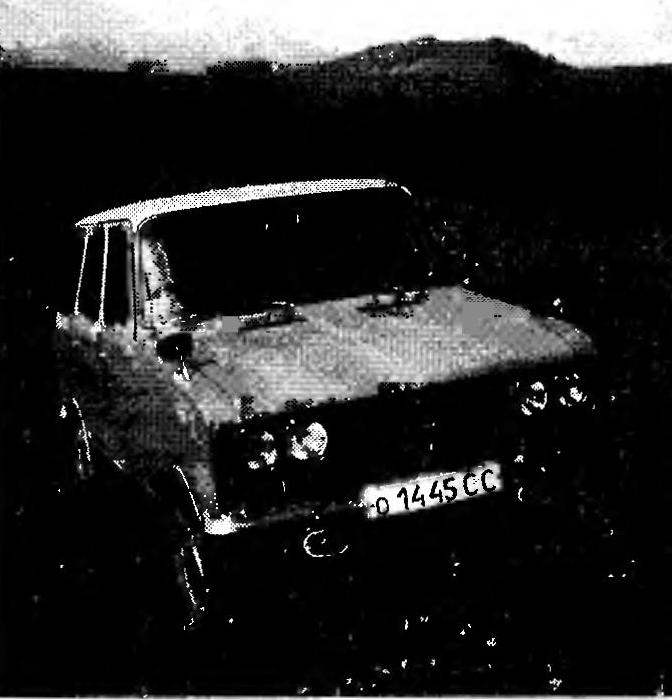 In the photo — machine, created by V. A. Verbelen:
the top — plane SV-1 with uprated by 50 HP motor “plows”; then clockwise — the helicopter SV-2 (with piston engine M-332 power 140 HP); the tillers “Elektronik”, created on the basis of the scooter Elektron; helicopters SV-4 (with engine M-332) and SV-3 (piston engine M-14P with a capacity of 320 HP from helicopters Ka-26, Mi-34); mini-tractor “Chassic” with the engine from the sidecar FDD; car “Gissa” with the engine from VAZ-21011.
It was interesting to observe how an acquaintance, the partners instantly found a common language and the subject (aircraft, of course). Thus understood each other perfectly! The talk lasted for a long time. Taisiya Alexandrovna, the wife of Vasily Alekseevich, put on the table and quietly withdrew. Knew by experience that in such moments to draw attention to the spouse’s home care impossible. And knew him very valuable these infrequent meetings, the opportunity to exchange information with like-minded people, to learn something, about something to agree, to discuss a new idea.
The ideas of Sverbilo enough that’s Why he’s in such a hurry, and collects one car after another. To the question, why not do it to study at any technical College, he half-jokingly-half-seriously says he does not want to lose time to study. Since building the plane immediately. And it built. Seven years wasted, but built. And most importantly — fly!
However, the plane — thing bulky. In a small court not to place. Yes, and the airfield nearby, and the fields after harvesting then plowing. So to satisfy my passion for the sky with aircraft Sverbilo failed. That’s when he switched to helicopters.
But vintokryl fraught with many structural intricacies that even the teams known KB years adjusted prototype. Alone to design, manufacture and test the helicopter of this only a few. On the territory of the former USSR know the names of several craftsmen, who conquered the metal dragonfly. V. A. Sorbel is one of them. He figured all strange to the uninitiated eye the antics of their rotary wing SV and taught them to fly. Especially he managed SV-3. Managed so that the administration of the Zelenchuk district had hoped to use it to spend spring chemical processing fields. If not for that ill-fated landing… 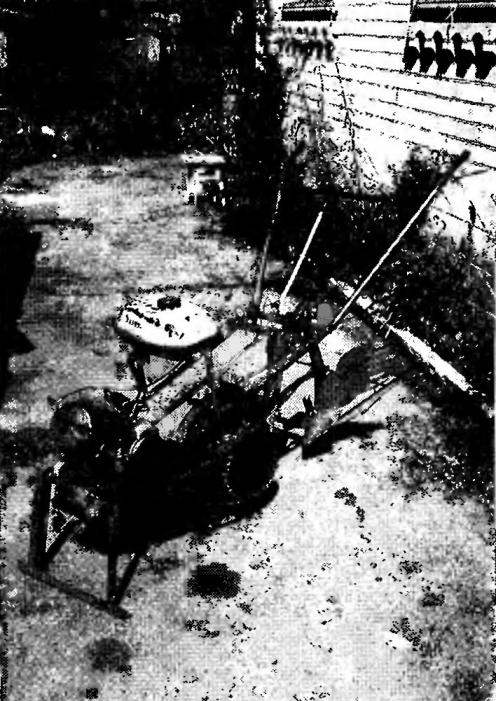 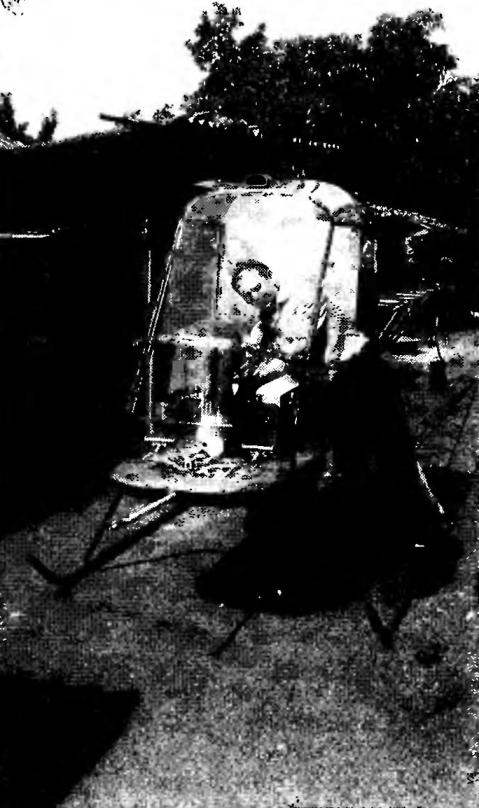 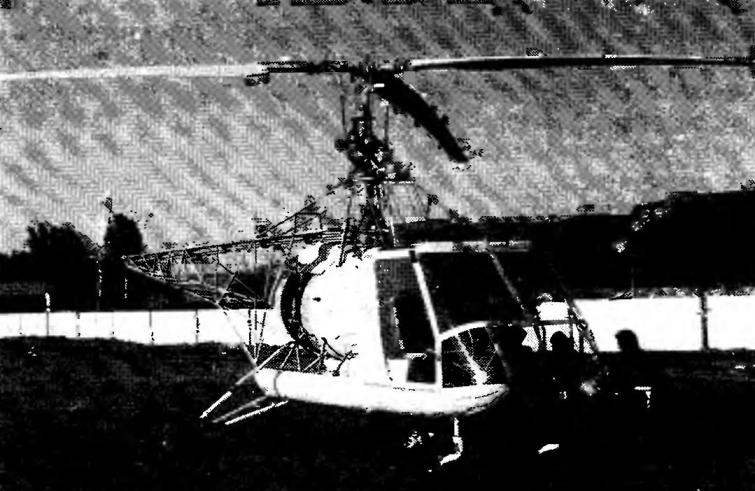 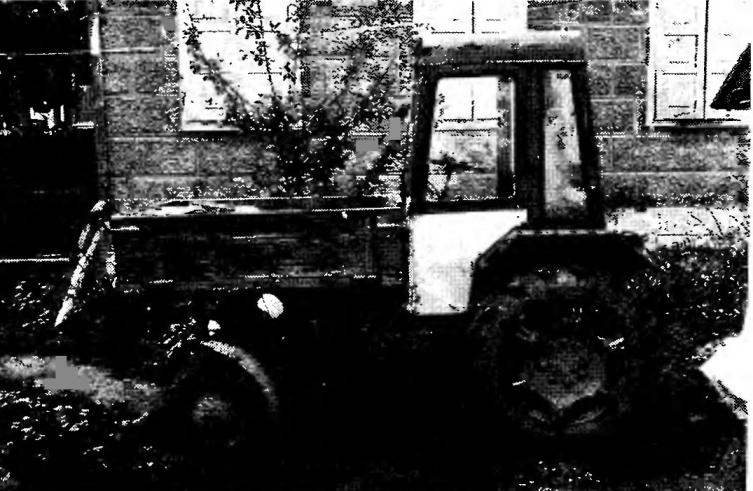 However our hero is not discouraged. The helicopter intact, you just need to save up money and buy a new rotor. And to finish the SV-4. However, to make it to the unemployed is not so easy. But if the “move my brain”, says Vasily, you can always make money. Affairs in the village a lot: a metal gate welding, car repair, something to carry. For someone making money — the basic meaning of life. For Sorbis support, he has another passion — flying. That’s why all tillers, tractors and other flying machines, as well as the original system of water and heating his home he has made to the economic and domestic needs as little as possible distracting him from his main, he believes, works in the construction of aircraft, which help him to climb into the sky.
A. TIMCHENKO,
article Zelenchukskaya,
Karachay-Cherkess Republic