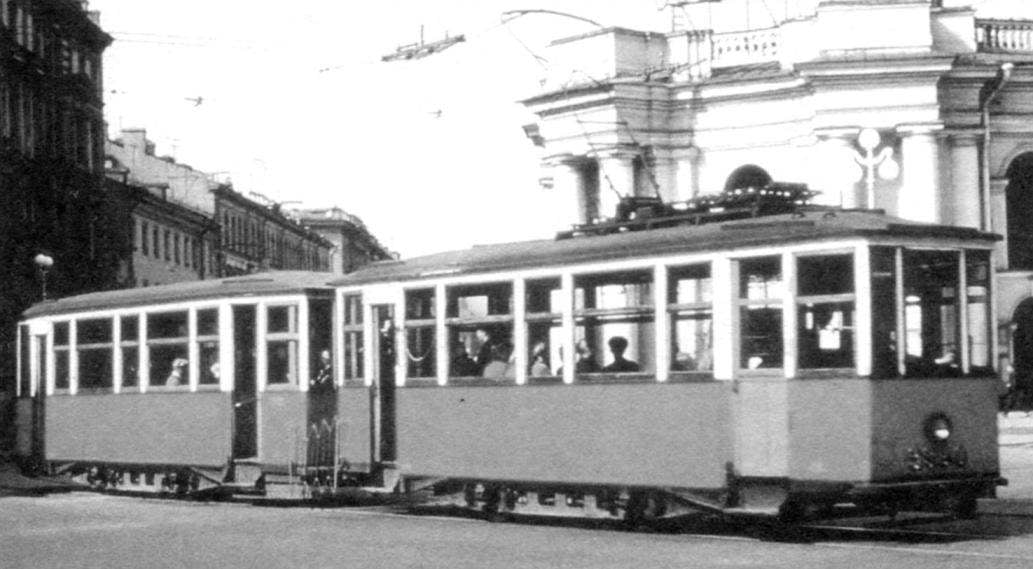 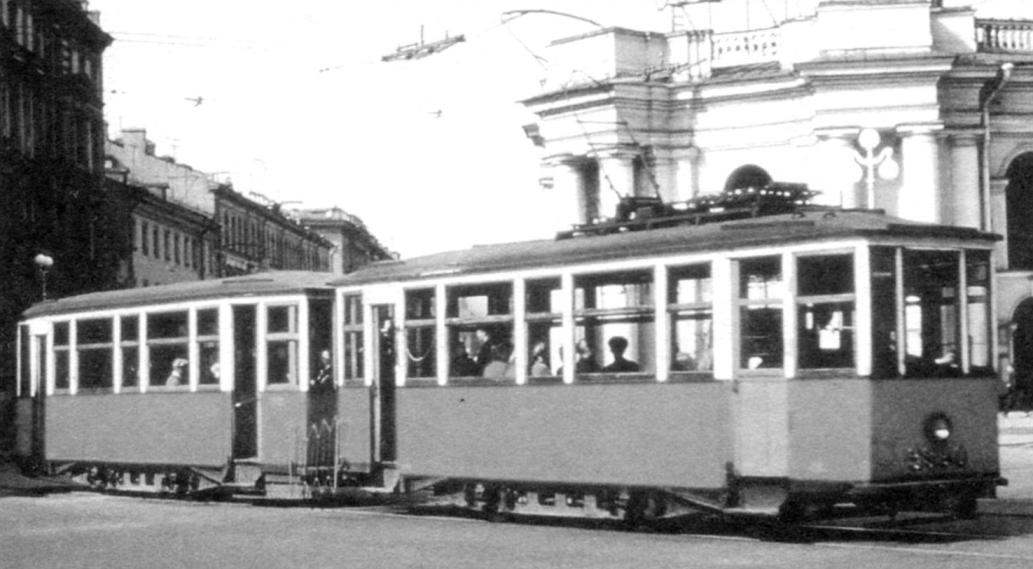 From the devastation of the civil war Petrograd began to rise by the middle of 1920-ies. Respectively, began to grow and the population of the city, considerably departing from 1918 to 1920. The only form of public transport in Petrograd was a tram, but the cars are too worn down and dilapidated over the years of the First world and Civil wars. Naturally, to return the city to normality was needed and the restoration of the tram system, which has taken a number of measures.

In the summer of 1921, the Council for the management of municipal Railways and of the joint meeting of all local committees appealed to workers and employees of the Petrograd tram depot with an appeal, which talked about the need for extraordinary measures to maintain tram traffic in the city.
In the autumn of that year the fare on the tram, the former free from 1917, again made paid. In 1922 was revised the existing tram routes, which diverged from the centre of town in different directions, which caused the congestion of the tram at the last stop in the centre of Petrograd. New steel radial routes and extended to the working-class suburbs. Since 1923 the tram began to walk and on Sundays, and on weekdays its duration increased.
More acute was the situation and condition of the rolling stock. Inherited from pre-revolutionary times Petrograd, renamed in 1924 to Leningrad, except for the cars-“pioneers” Brush got type MP MB built Putilov and Kolomna factories. There was also a small number of cars MF evacuated in 1915 from Riga.
In 1925 in Leningrad took place the second all-Russian Congress of workers of the tram, which, among others, adopted a resolution on organising production of tramway rolling stock by domestic manufacturers. Also approved was an important decision on the issue of standardized biaxial motor and trailer cars. Their production was organized in 1926 at Mytischinsky wagon factory, and in 1928 — and to the Main tram workshops in Kiev.
Leningrad also the tramway was to obtain rolling stock of standard type with the Leningrad plant “Red Putilovets” in 1927, it began production two-axle tram cars series MC (“Motor Steel”). At that time all motor cars of the Leningrad tram was designated by the letter M, and the second letter pointed out any of their features. In particular, the term “steel” meant that the car, unlike its predecessors, had a steel frame. 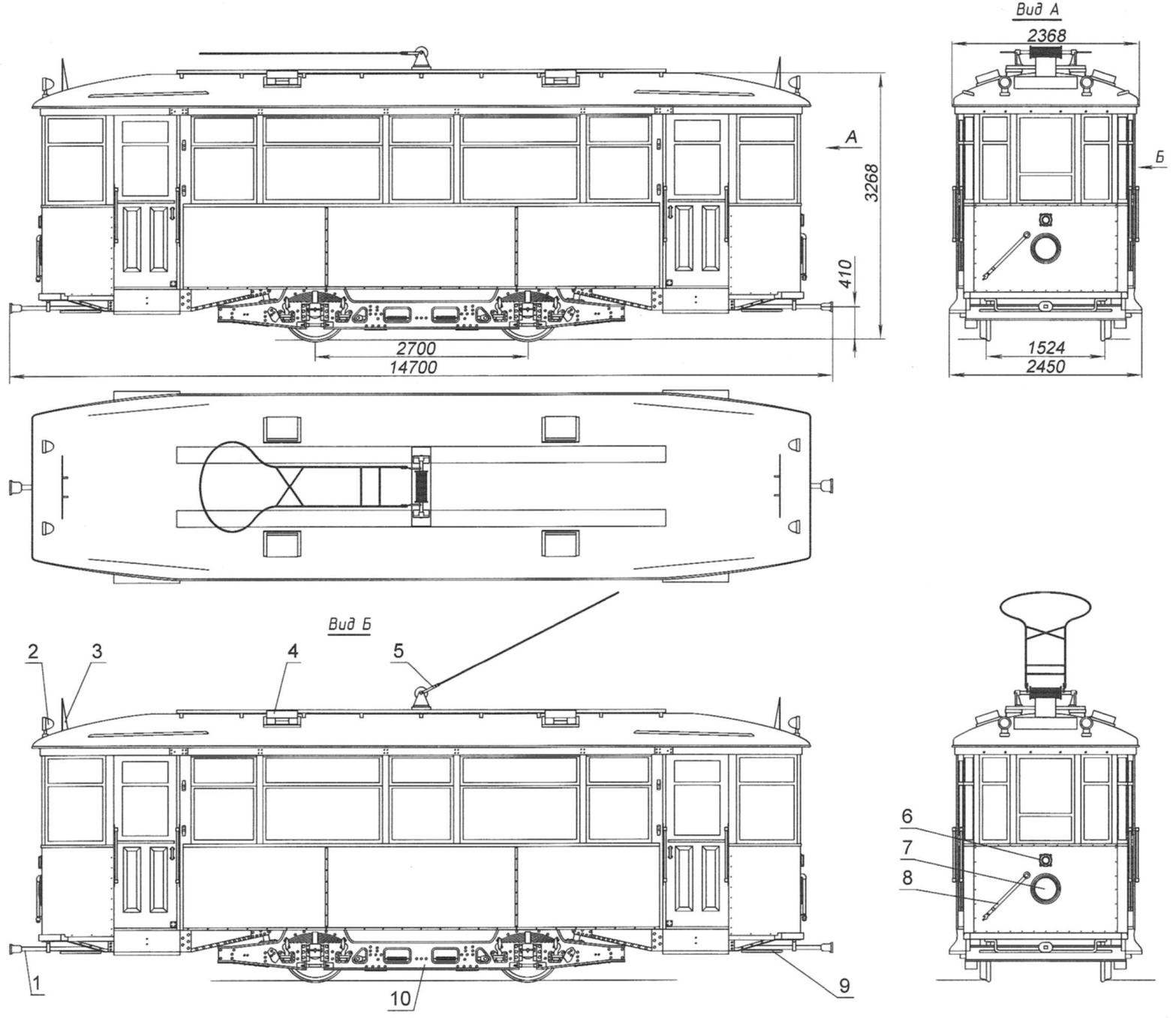 Motor car MC-2, MC-Z, MS-4 1930— 1933 years
And so, on 15 April 1942 Leningrad again heard the call of the tram. 116 cars MS went on five routes, then the number of routes was increased. For people who survived the nightmare of starvation and cold winter of the siege of 1941/42, tram calls in April 1942, meant that the hard part is done, the city comes alive, life is getting better…
German troops besieging Leningrad, could not help but notice the appearance on the streets of flashes from sparking tram pantographs. The news that in Leningrad resumed tram, shocked the Germans, who expected the imminent imminent surrender of the city.
With the resumption of the tram traffic in the city by the Nazis during the shelling began to strive to conduct aimed fire on the cars and tram stops to achieve the greatest possible number of victims. So they had from time to time to carry stops that it was impossible to zero in. And to reduce the sparking of the current collectors on the cars parallel to the main installed auxiliary current collectors. To increase the speed on the line was produced only motor cars without trailers.
The routes were deliberately released old “amasi”. The fact that damage to the contact network of the passengers were able to push out from the damaged section of small MS, in contrast to the heavier trams.
By the way, in the movie “Baltic sky” was shown very credible scene in which the passengers pushed the car MS for part of the way with undamaged contact wire.
After the war, in connection with the beginning of construction of a new tram LM-49, MS cars began to be transferred to tram system in other cities where passenger traffic was not so significant. Small batches “amasi” went to Minsk, Irkutsk, Sverdlovsk, Kalinin, Taganrog, Astrakhan, Krasnodar and some other cities. A number of cars MS altered at the same time on a narrow gauge.
Gradually, the MS cars have undergone significant changes. Since they no longer need to walk the trails without turning at the last stop, the cars were removed the rear control post, and the doors were left only on the right side.
Lattice entrance doors on cars MS-1 were replaced with sliding. Route lights from the roof were transferred under the cabin Windows and the air intakes were eliminated altogether. The driver’s area was figuratives improvised cabin and under the driver’s seat mounted electric heater. On some trams there is a rope tow trolleys were replaced by pantographia.
Currently, the number of cars is preserved in the MS collections of the Museum of urban electric transport in St. Petersburg, and some of them are maintained in working order. From the car of MS-1 No. 2066 in 1981 was made a car replica firm Brush (MB) No. 1028. And the car of MS-4 No. 2603 in 1970 was transferred to the tram Museum in Amsterdam.