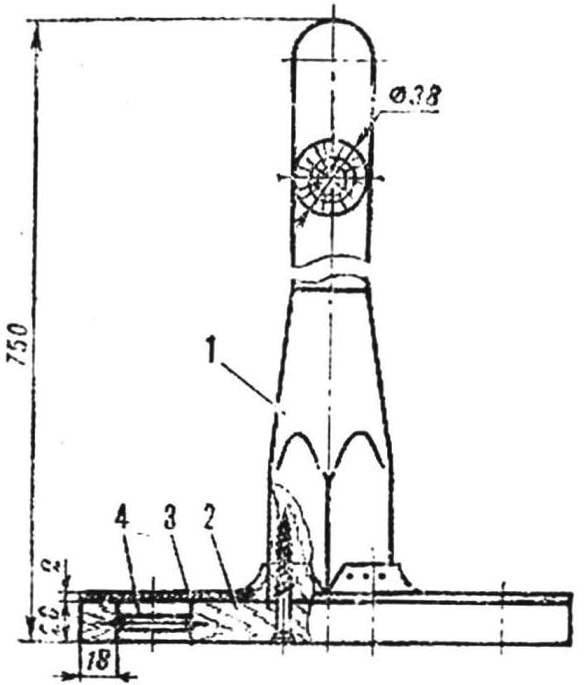 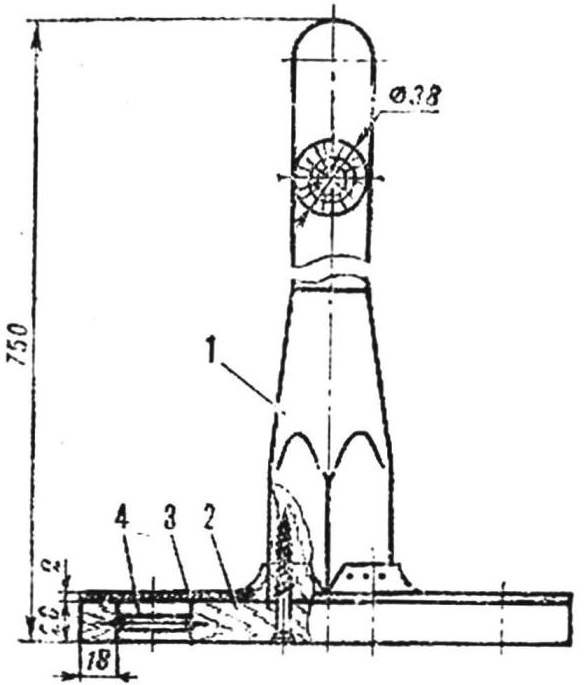 This object shaped much like a conventional stationery printing, can become an addition to a household washing machine, replacing it in the stowed or country conditions, and also in cases where little or linen items, mats, controversy, blankets.
As can be seen from the figure, the device is easy: the arm to which the bottom screwed an oval disk with a rubber flap. This valve ovaline shape, and a slit in the middle under the handle is made in such a way that there are small scarves that are placed on the handle and attach with small nails.
In the hole of the disc is an aluminum ring with a rare nylon mesh, each fastened with two nails positioned diametrically.
Hiking Laundry works in the following way: designed for washing things placed in any container — even a plastic bag in suitable size and pour the washing solution so that it covered the contents. “Print” is lowered from above and report it to vertical reciprocating .movement. When a disk is moved down, the liquid lifts the valve and passes freely through the holes, but in the reverse movement of the valve tightly closes their underwear as if sticks to the disk, and rises with him up. The result of alternating fluctuation in capacity creates intense jet penetrating the wash and wash things. 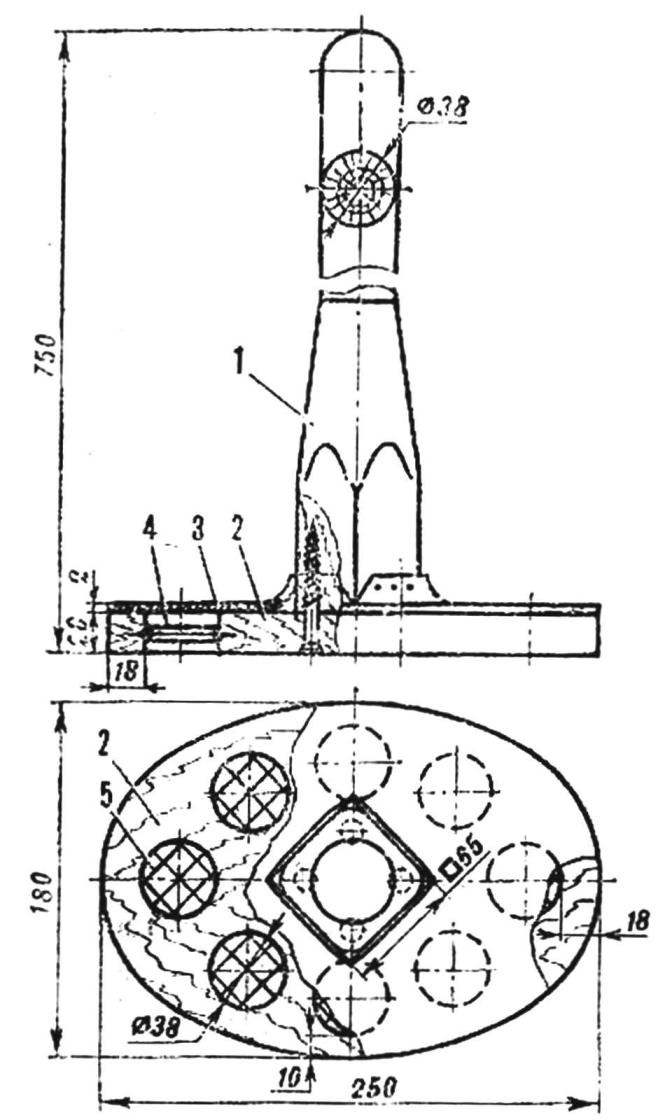 “Print” for Laundry:
1 — arm, 2 — disgraced disk, 3 — valve, 4 — ring, 5 — mesh.
The duration of the work, depending on the concentration of washing solution, temperature, the size of the items and their degree of contamination — from 3 to 15 min.
To make the jigs better to use a fir-tree; rubber valve — autokamera. Wooden parts is carefully polished. Any protective coating is not required — only enough after each wash dry well drive, tucked under the flap folded in several layers of newspaper or wooden sticks.
L. POPOV, Yoshkar-Ola