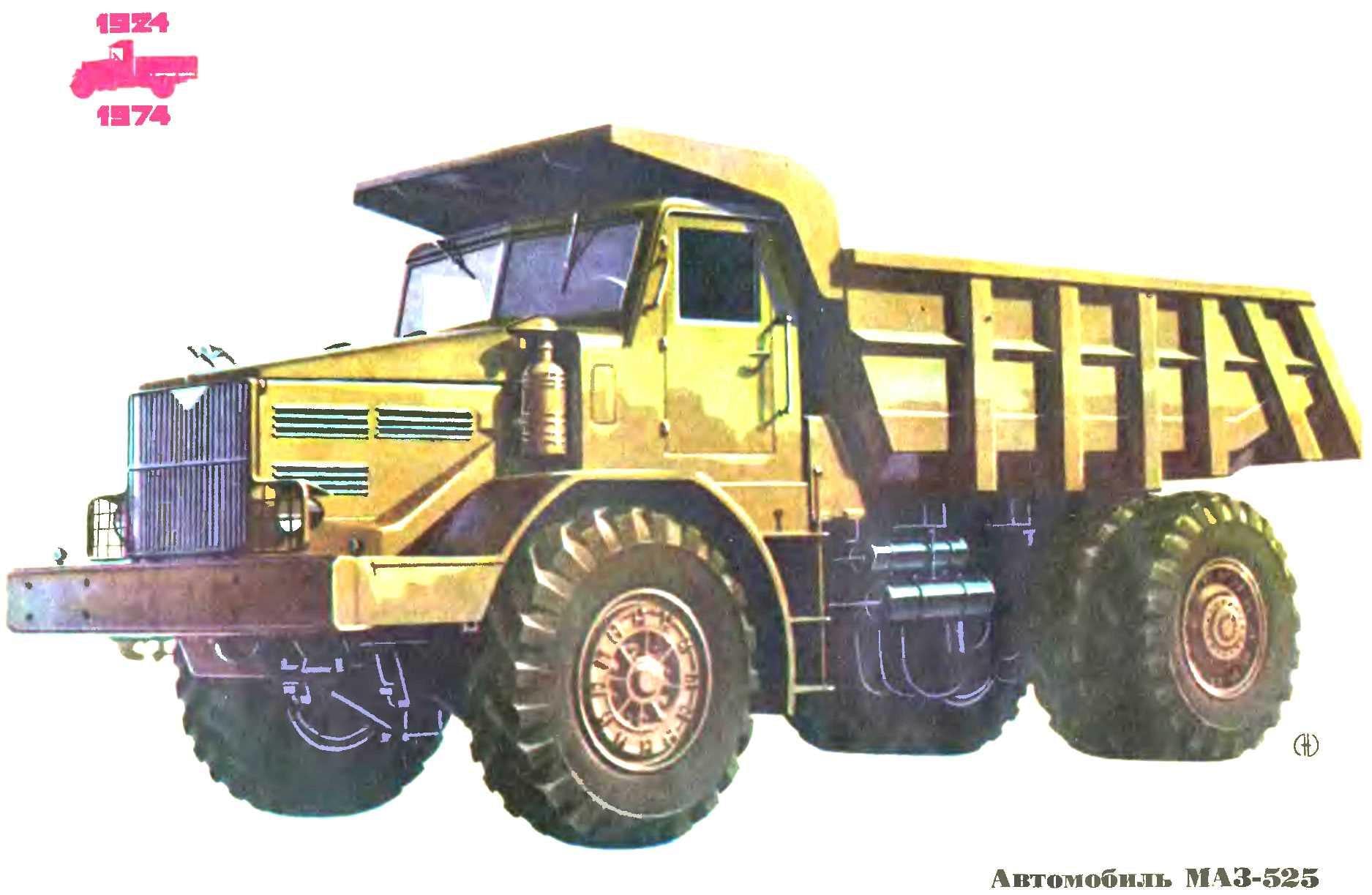 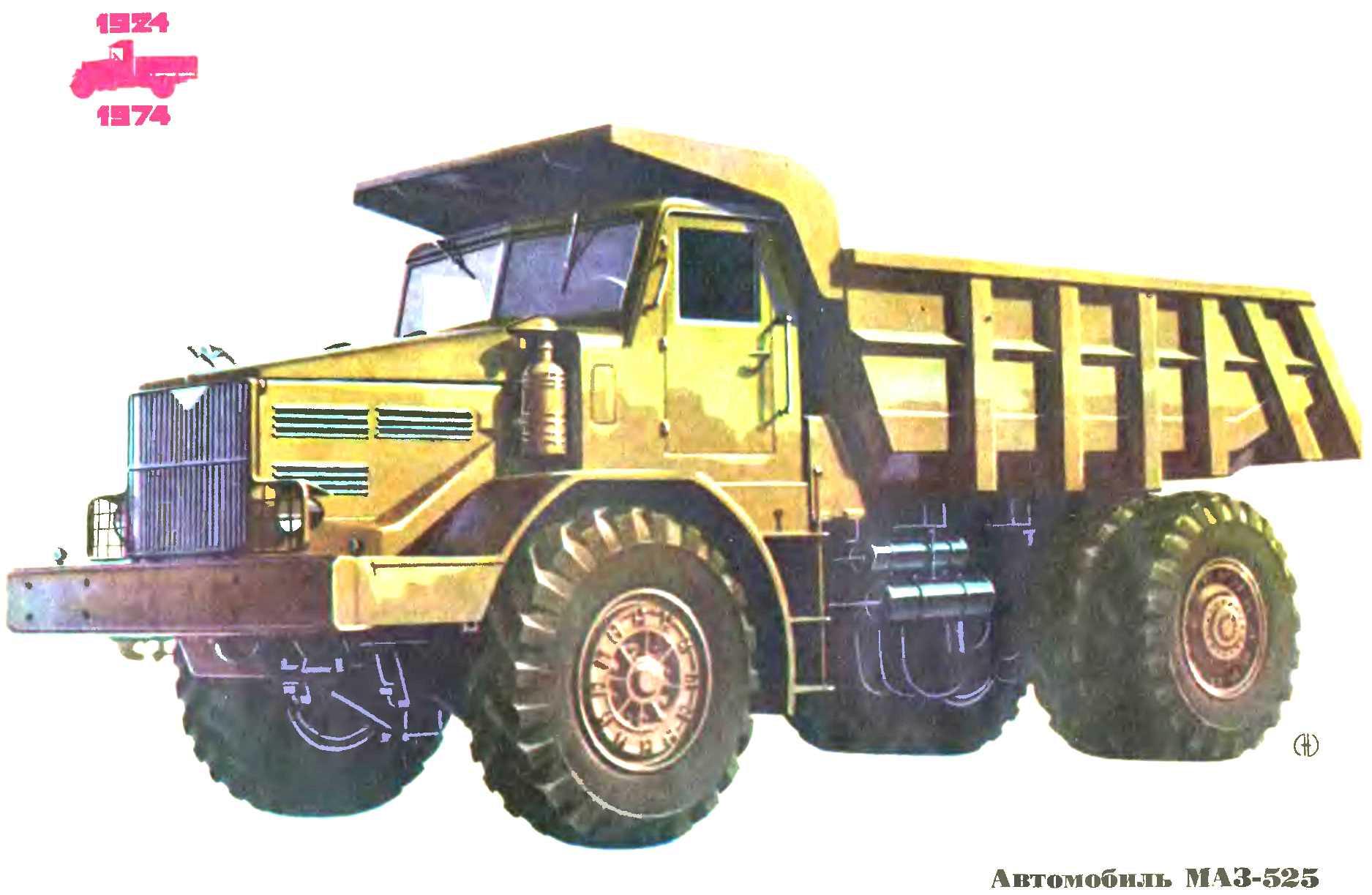 Model MAZ-525, as well as any car-truck, fun to do with the current mechanism of tipping. This obliges to elaborate the details of all devices under the bottom and found when the body is tilted. However, most of them can be seen and aluminum the body, so that their elaboration is still needed.
In addition to the main device — the hydraulic tilting mechanism and its supporting elements (gear-type pump driven from the gearbox, the crane, oil tank, chain stopper tipping), under the body are: transmission, two fuel tanks behind the cockpit, muffler exhaust and two cylinder for compressed air braking system. All of these devices and mechanisms shown schematically by dashed lines in the drawing.
In front of the car, near the hood, visible filter and only partially hidden by the trim panels oil tanks of the engine and power steering, are suspended on the sides of the chassis frame.
Draw attention to the large tread tires and wheels complex shapes and discs of the rear outer rays unlike conventional dual wheels of trucks equipped with solid covers, between them and the drives integrated planetary gear. We remind you that the rear axle is attached directly to the chassis frame, without springs. 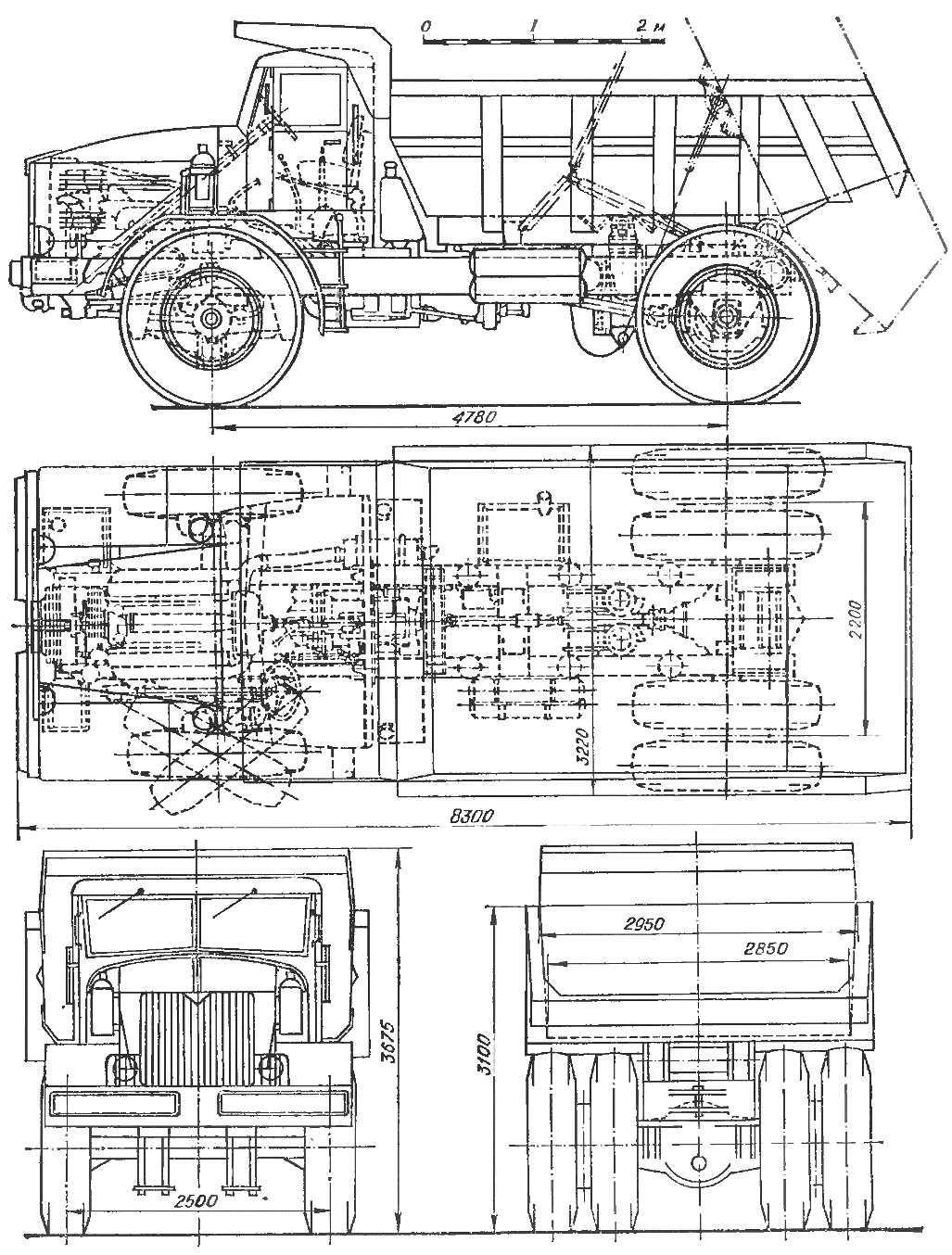 Platform (body) metal, welded, bucket type, with a markedly protruding reinforcing ribs.
The body rests on the frame at the two rear hinge supports, having a rubber bushing in cast housings, and six shock absorbers.
Traditional MAZ bison to parts of automobiles 525 is performed in a three-dimensional figure on the radiator, on the other side — in the form of a textured lining on the hood sides.