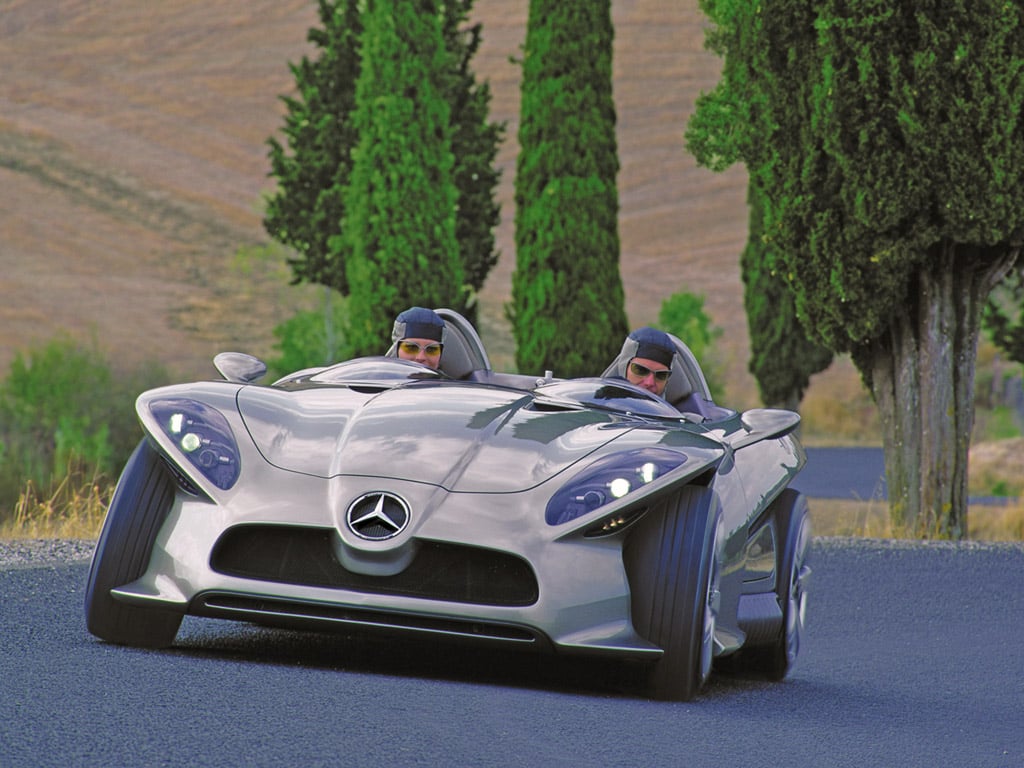 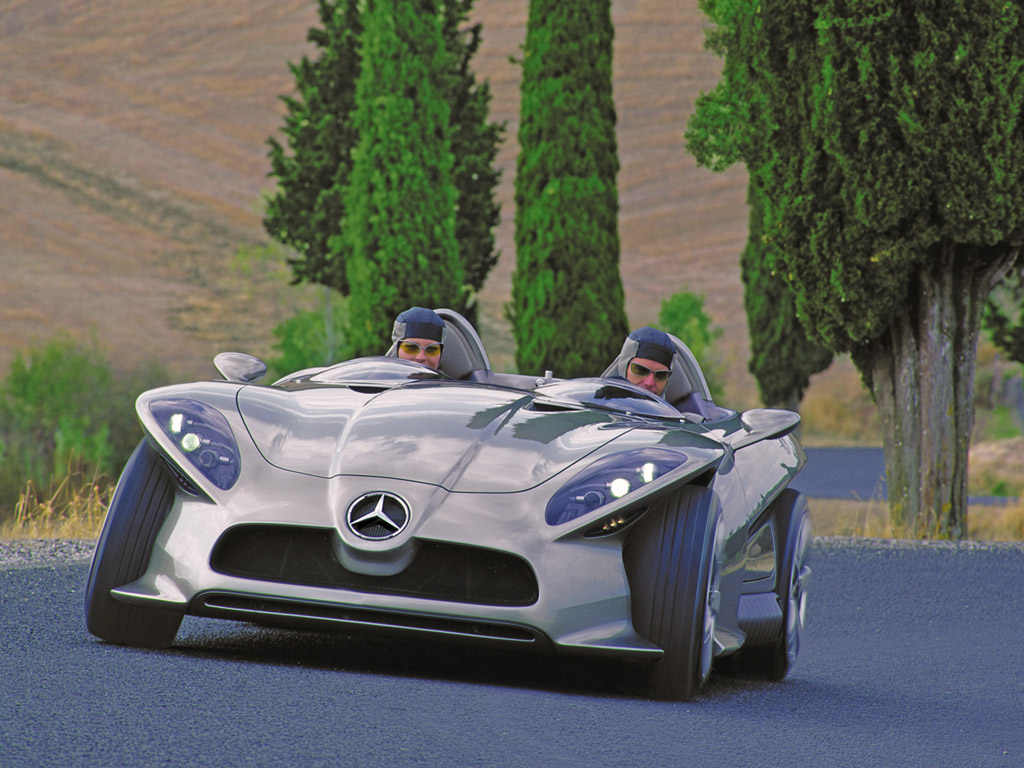 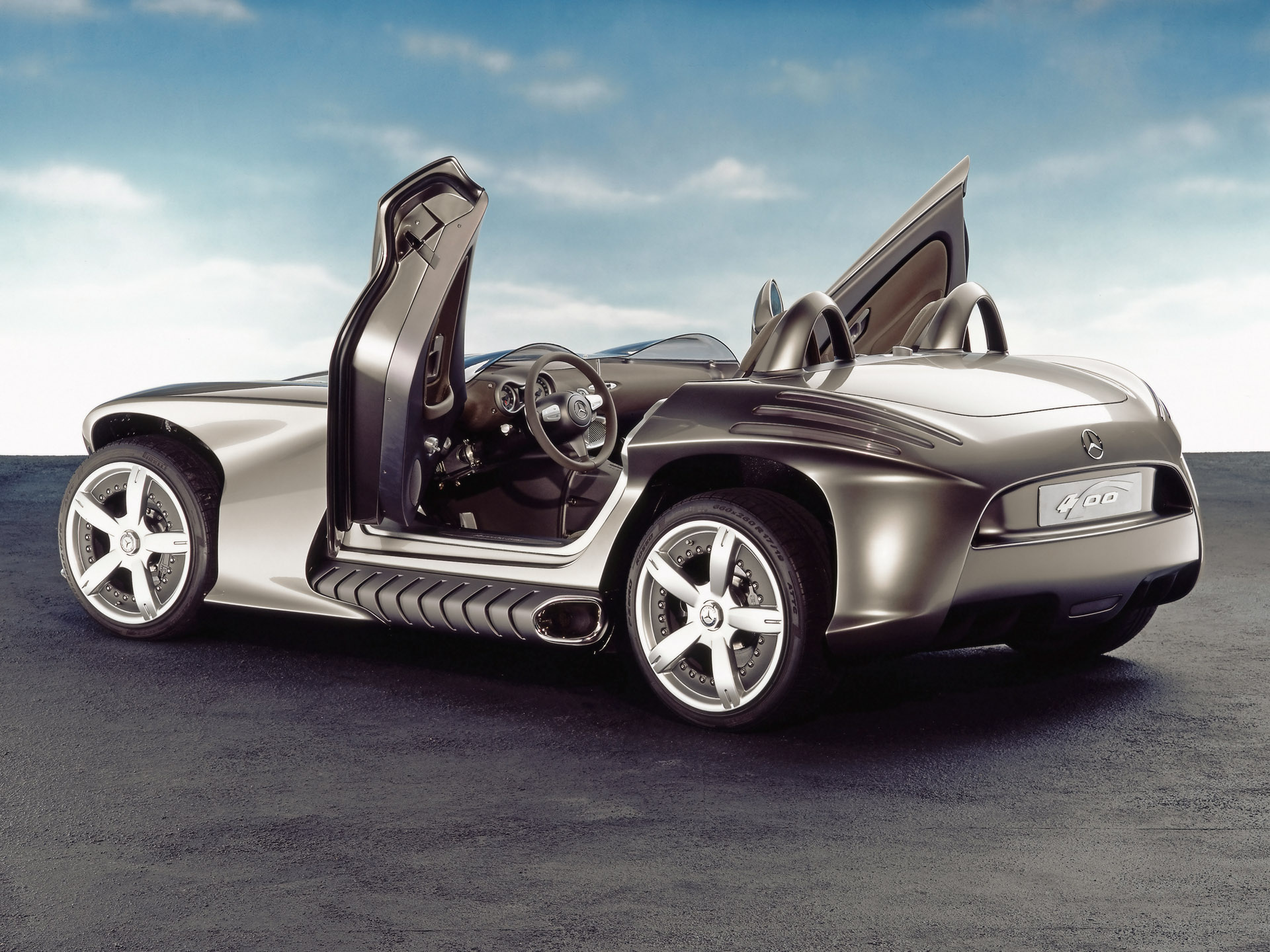 For the first time this car was unveiled at the Tokyo motor show 2001. The uniqueness of its layout and design decisions caused considerable interest in the new company Mercedes-Benz.
Mercedes-Benz F400 Carving is a rear-wheel drive Roadster unusual design — tapered, without the front wheel arches and the windshield. The car body — fiberglass monocoque with a spatial tubular frame, on which are mounted powertrain, suspension and exterior body panels the front of the body. The cooling radiators are located in the niches in front of the wheels.
In the new car made an attempt to implement the idea of “flexible layout”, the essence of which is to replace the mechanical linkages between the control Assembly and the Executive electric. This principle has allowed to do without the steering column, as between “wheel” and steering is no hard link. Electronic power steering allows the flexibility to change the force on the steering wheel, ensuring optimal return action. The same principle is inherent in the design of the braking system: it is not a rigid link between the control and the actuator between pedal and master cylinder, and brake fluid under high pressure is discharged into the working cylinder through the commands from the control unit.
And another novelty — the absence of lights in the conventional way. Instead they use a Central gas-discharge light source, which optical cables-optical fibers the light is transmitted to the reflectors actually lights.
Mercedes-Benz F400 Carving: engine 6-cylinder, V-shaped working volume of 3.2 liters and power of 220 HP