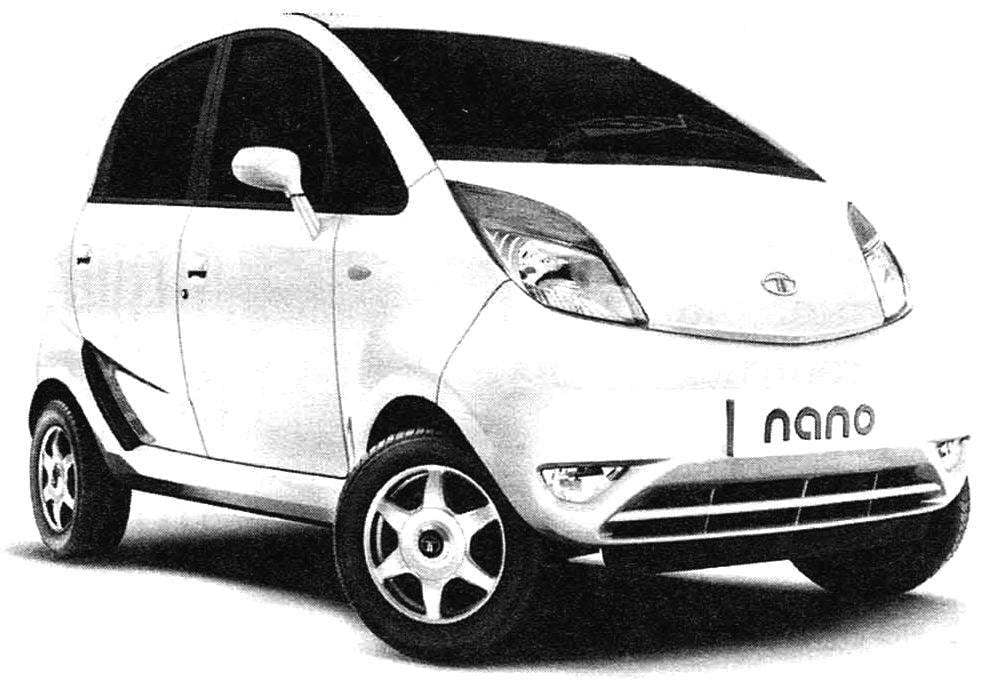 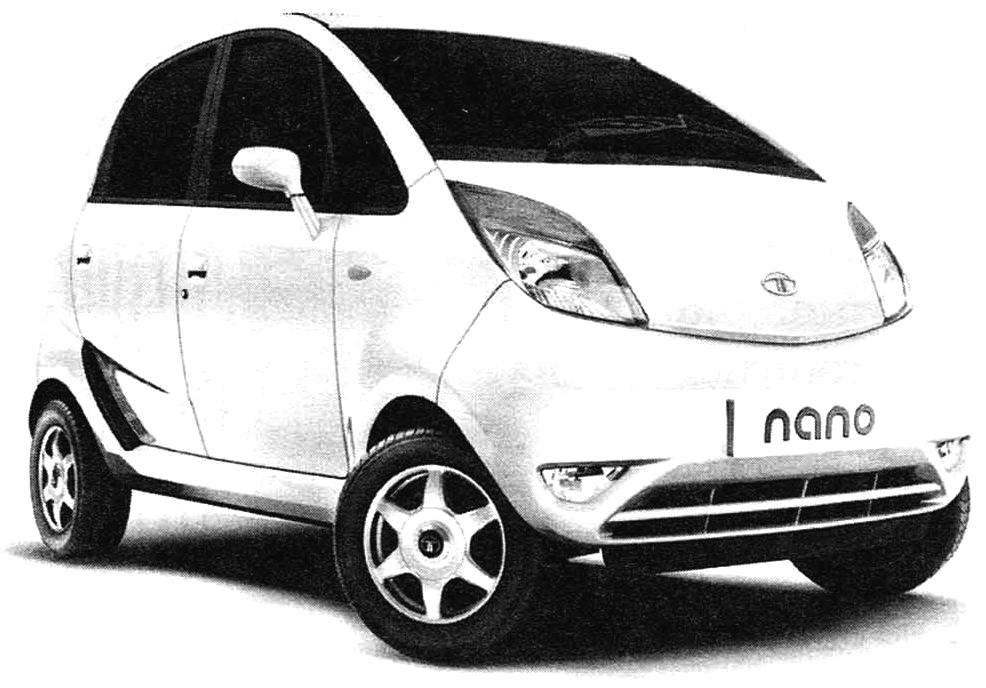 Tata Nano is a ultra-small city car produced by the Indian company Tata Motors — the stated price is only $2500, making it the cheapest in the world. The capacity of this vehicle is small — it can accommodate only four people with a driver.

Specialists of the company Tata Motors claim that the Tata Nano has passed all Indian crash tests and meets safety standards, and the engine mounted in the rear of the vehicle, meets the standards Euro-4. Fuel consumption is about 5 liters of gasoline per 100 km.

The body of the machine being welded, reinforced welded to the floor of the front seats. The rear wall of the body — blank, without a door. The cheapest version of the car is not equipped with seat belts, door rubber, exterior mirrors, heater, compartment ventilation, radio and vents.
The mini car — mechanical four-speed transmission., Maximum speed — about 100 km/h. battery and a 15 litre fuel tank located under the front seats of the car, which is incompatible with the European safety standards.
The production car Nano was launched in March 2009 at the plant of Tata Motors in Bombay.
TATA NANO: engine power 33 HP, fuel consumption — 5 l per 100 km, transmission: manual, 4-speed, maximum speed 100 km/h.