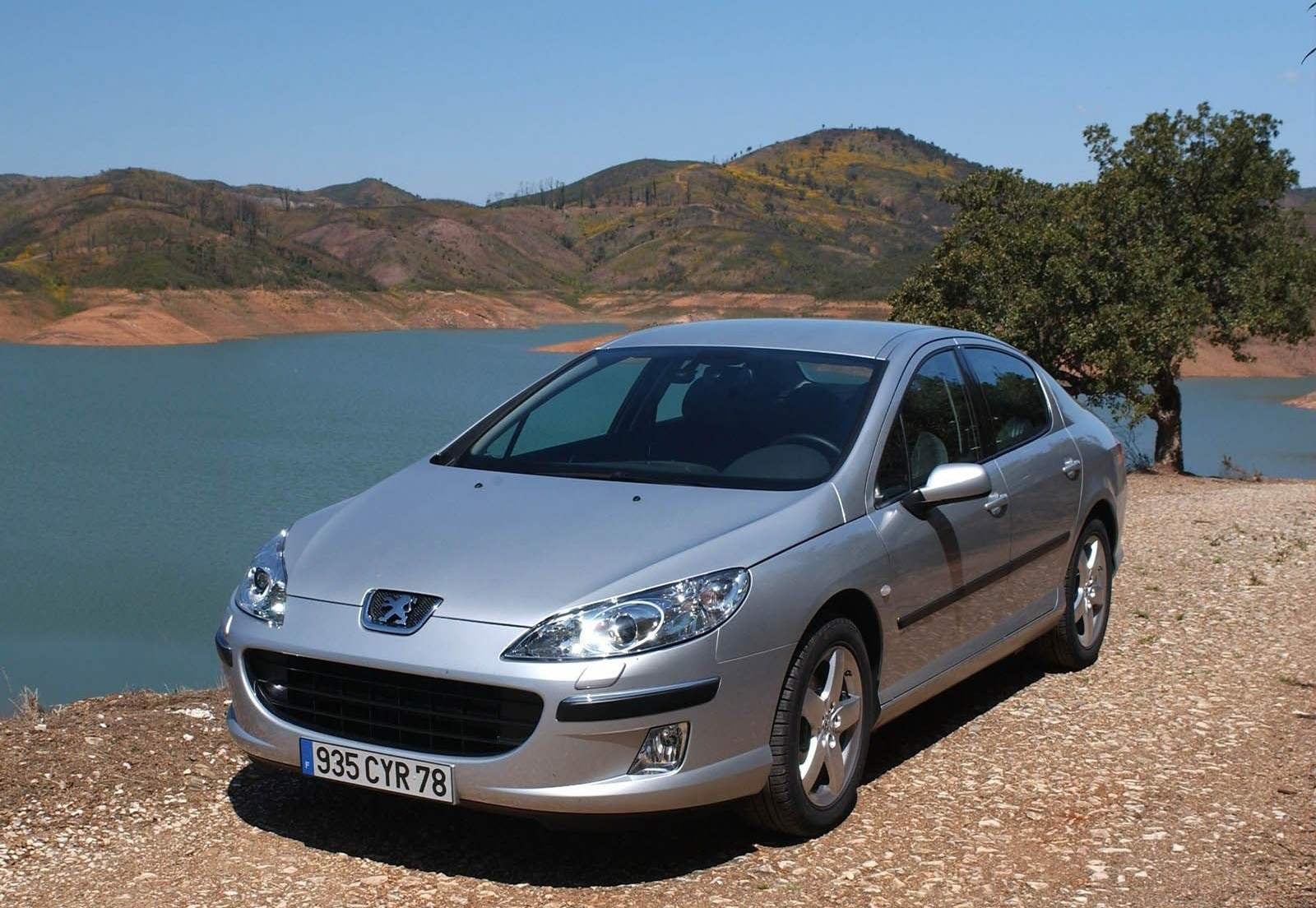 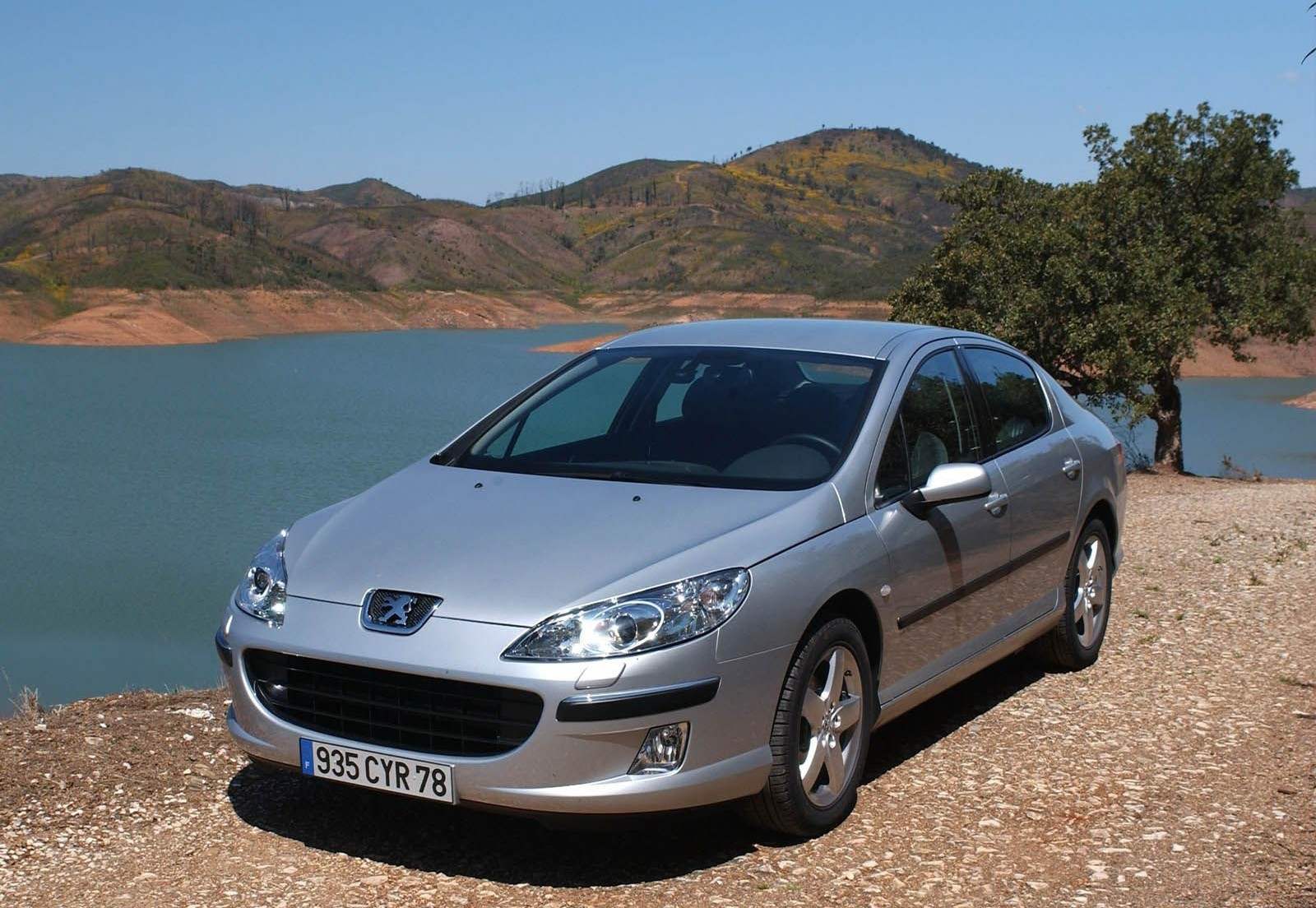 The four-door PEUGEOT 407 sedan 2004. The last few years under the heading “Showroom” almost every year there are publications about the car company Peugeot — during this time, the readers had become acquainted with practically all new models of the company — PEUGEOT 206, PEUGEOT 307, PEUGEOT 607… AND now in our next publication — the story of the new PEUGEOT 407.

The tradition of creating cars of the middle class (in modern terminology — European size class, D) leave in the distant 30-ies of the last century. It was then in 1936, the first car company, “the exchanged” four hundred in the digital index model PEUGEOT 402
Historians of the automotive industry and today is considered as the PEUGEOT 402, one of the most interesting and attractive cars, which have made a significant contribution to the development of the concept of “aerodynamic” vehicles. Designers managed to create a machine with a small coefficient of drag, “hidden”, if possible, all exposed body parts — even the headlamps were mounted behind the grille.
The four-door PEUGEOT 402 with a two-liter 55-horsepower engine was designed by the classical rear-wheel drive layout. During its development the designers have tried to eliminate complex and expensive solutions, however, some simplification of design more than compensated for by the diversity of the range. The car was produced in the variants sedan, a van, a convertible equipped with an electric (!) or mechanical operation soft-top and coupe-cabriolet with a folding in the boot of two-piece metal roof. 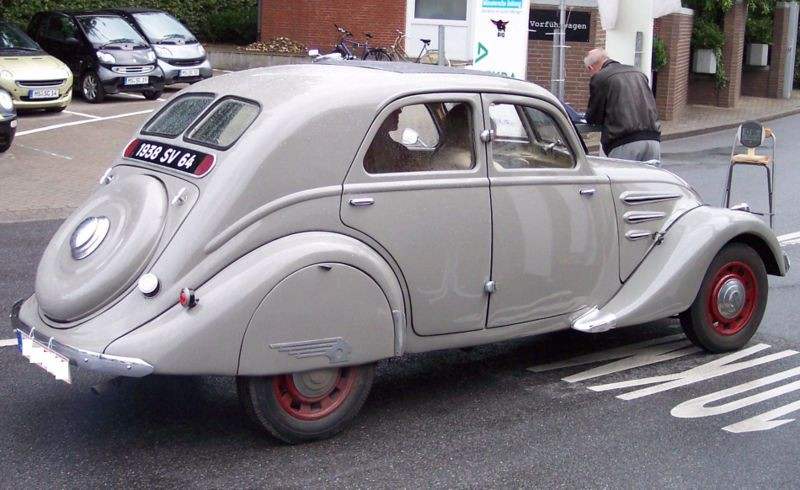 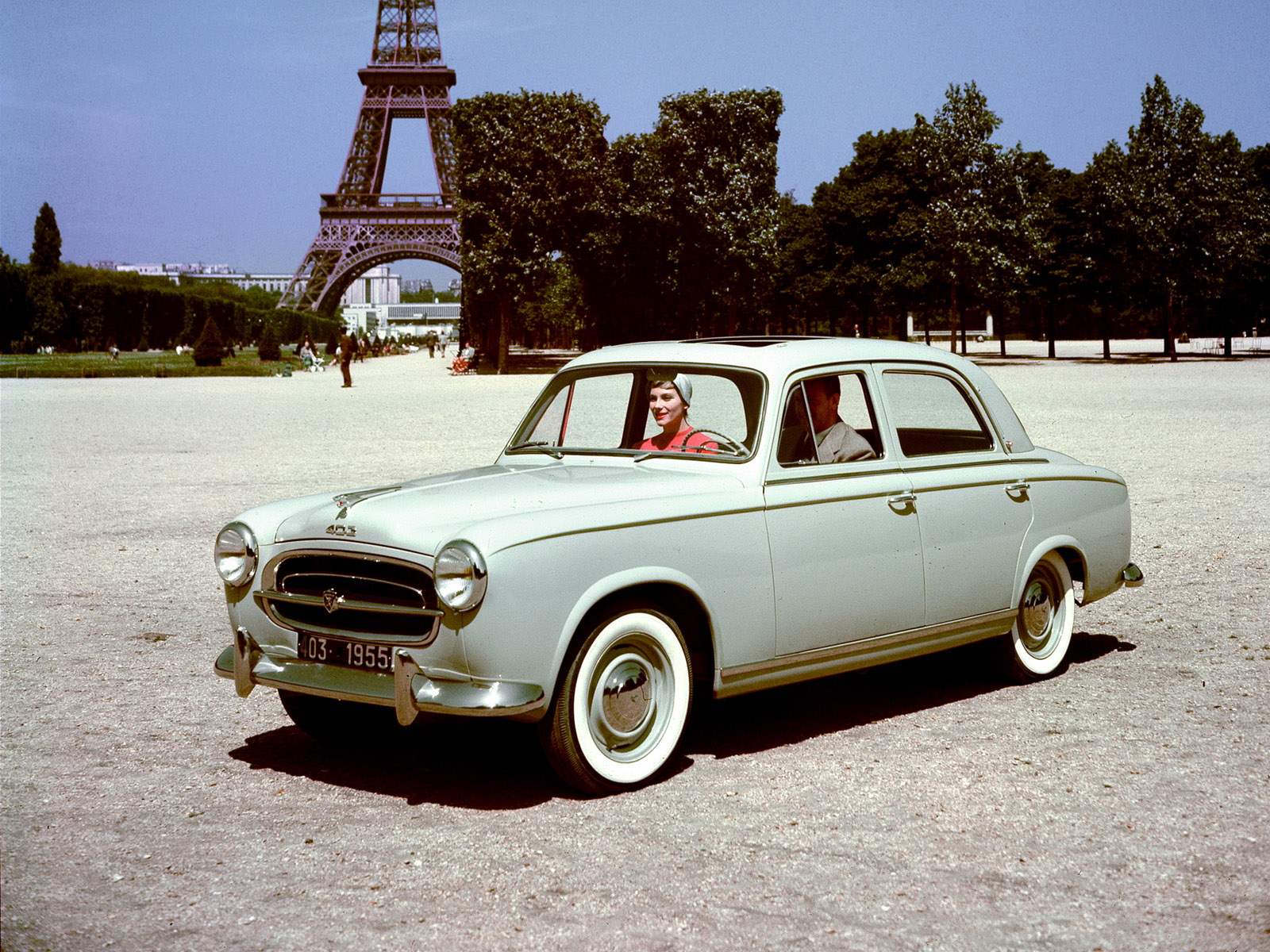 PEUGEOT 403 1955 issue of the year with her began a collaboration company Peugeot and body designer Farina, nicknamed “Pinin” 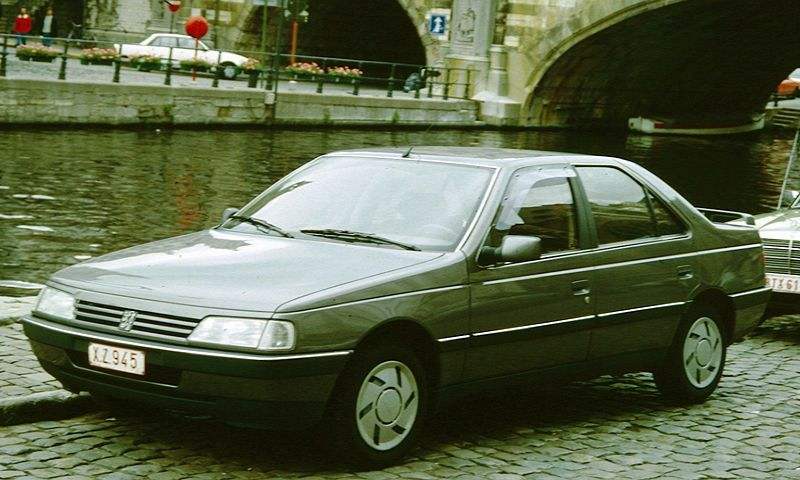 PEUGEOT 405 1985 issue here is a fine example of a family car, the design of which is worked in body Studio Pininfarina 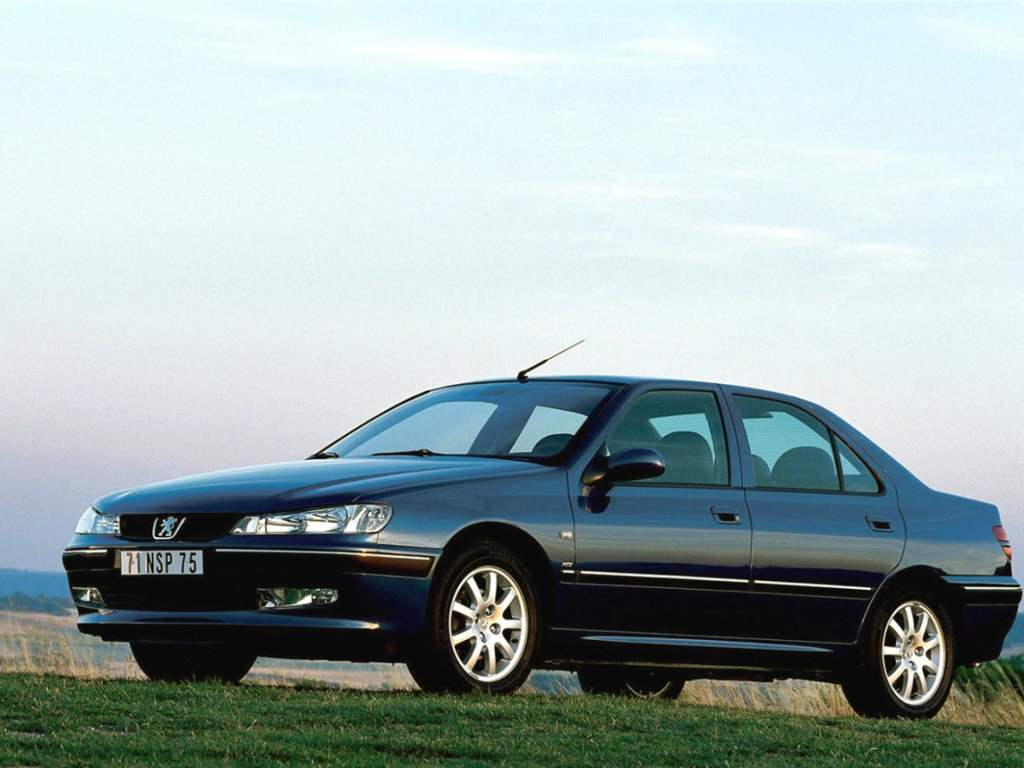 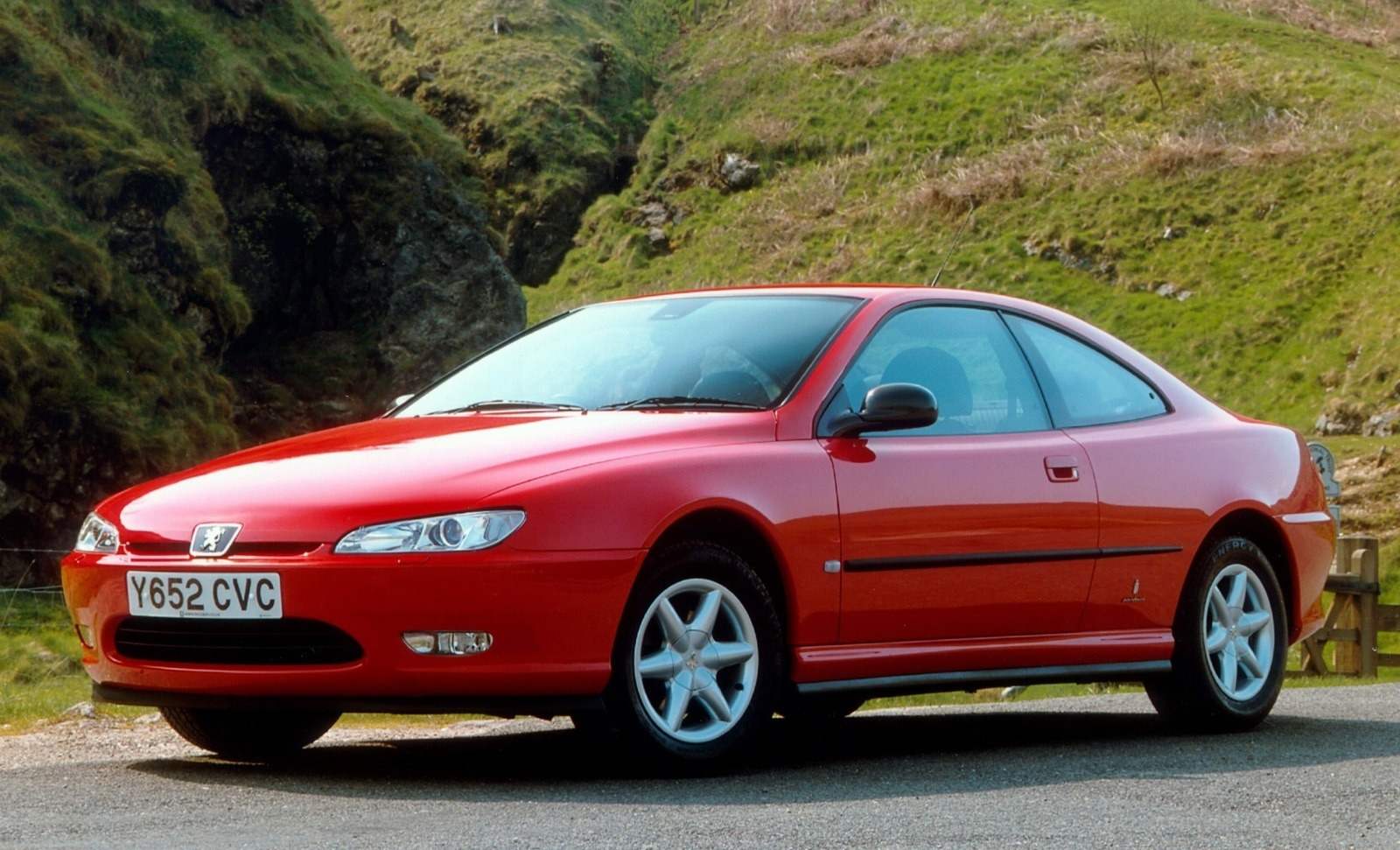 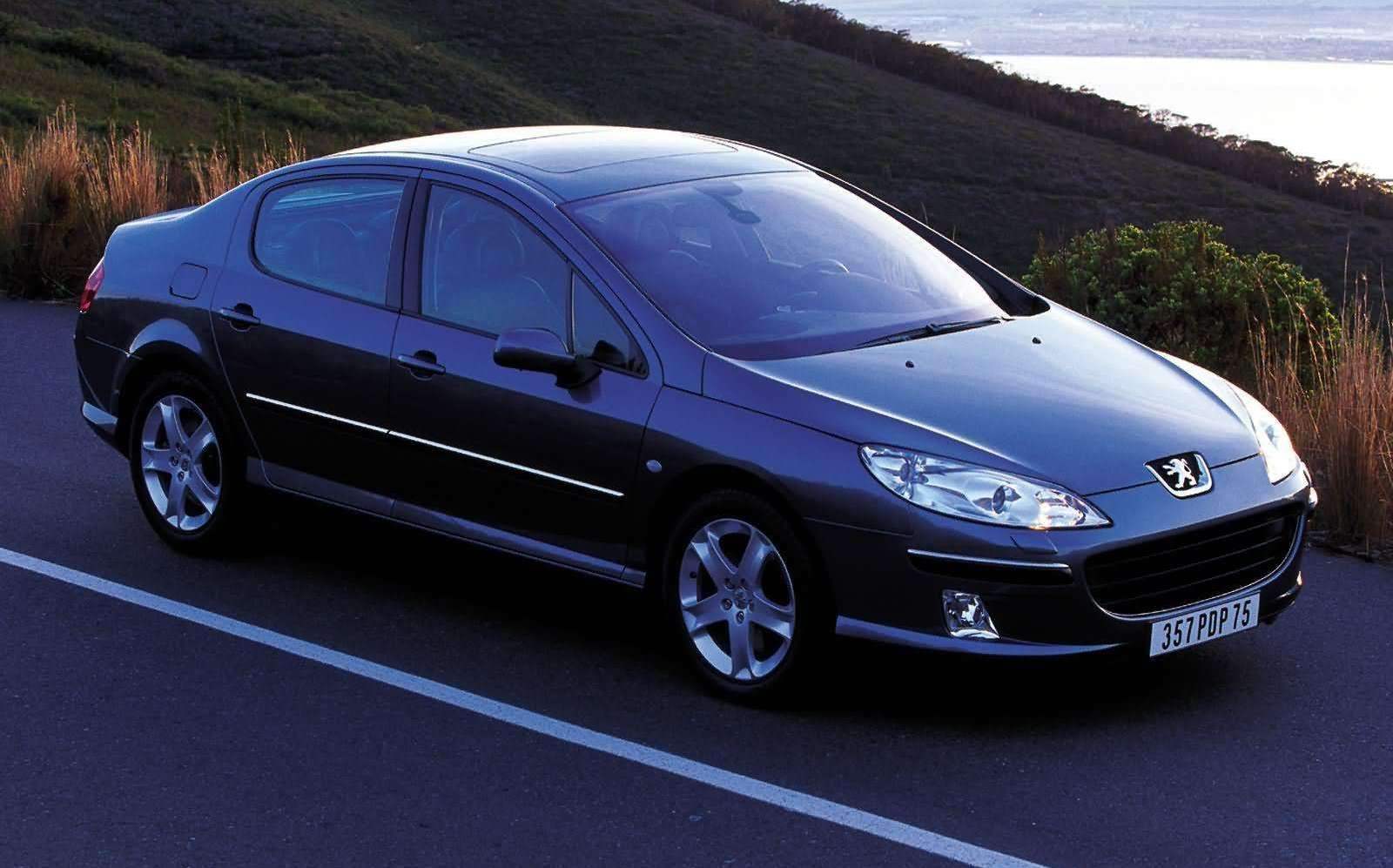 PEUGEOT 407 2004 — the most modern family car company Peugeot, produced in cooperation with the company Pininfarina
Following from the fourth hundred was the PEUGEOT 403 sedan with a 65-horsepower 1.5-liter engine issue, 1955. This car was very popular among the resurgent middle class. The design of this machine, representing a sample of the classic three-box sedan, were involved in yet unknown avtodizayner Battista Farina, nicknamed Pinin (in Italian — kid, Shorty), who later became head of the firm Pininfarina.
Despite the relatively high price, the car was wildly successful have the bourgeoisie and the taxi drivers are eager to buy the latest version of PEUGEOT 403В with economical 1.5-liter diesel engine capacity of 66 HP, In 1960, to replace the “four third” came the PEUGEOT 404 is a car with a gasoline 1.6-liter diesel and 1.8-liter engines. Another four hundred came only 27 pet later, it was a PEUGEOT 405 production in 1987. However, experts say that this car has had predecessors that were released before 1987, however, were more prestigious fifth hundred: PEUGEOT 504 1968 with engines of 1.8 and 2.0 liters, with a posh car firms of the period, deservedly received the title “Car of 1968”, and is a middle class model release PEUGEOT 505 1979. However, back to the next “four” — PEUGEOT 405.
These machines are European size class D, designed with the participation of stylists company Pininfarina have become family vehicles, depending on the equipment equally suited for people relatively poor and quite wealthy. Thanks to the well designed chassis of the car was distinguished by excellent handling and superbly passed the winding road. The car was produced in several versions, among which there were even those that can be called a sports car is all — wheel drive PEUGEOT 405 SRX4 and PEUGEOT 405 T16. The latter, equipped with 218-horsepower turbo engine that can accelerate up to 235 km/h!
Premiere the following models from the family of “four” — PEUGEOT 406 took place in the summer of 1995 . Machines with fully independent suspension was issued in versions sedan and station wagon with engines working volume from 1.8 to 2.9 liters with a capacity from 116 to 207 HP with automatic or manual transmission. At the end of 1996 year there was an elegant model PEUGEOT 405 COUPE, developed in body Studio Pininfarina. Two-door version has a great design, great driving characteristics and high comfort. 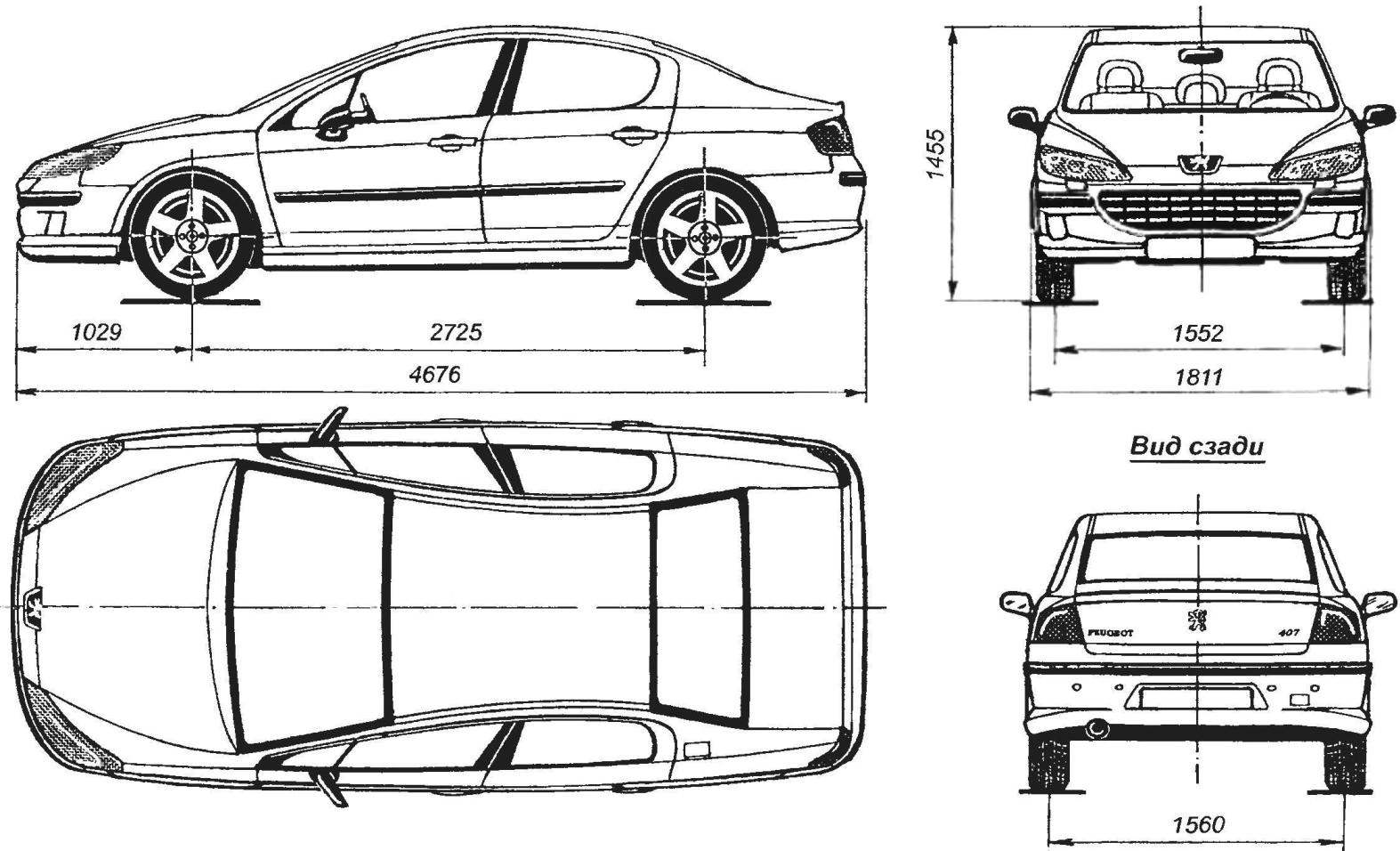 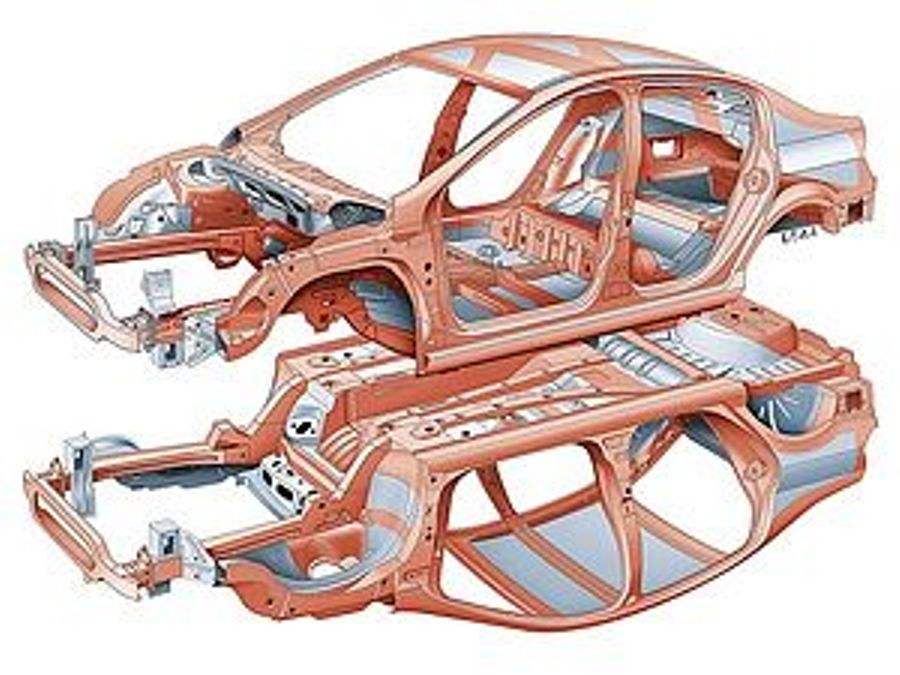 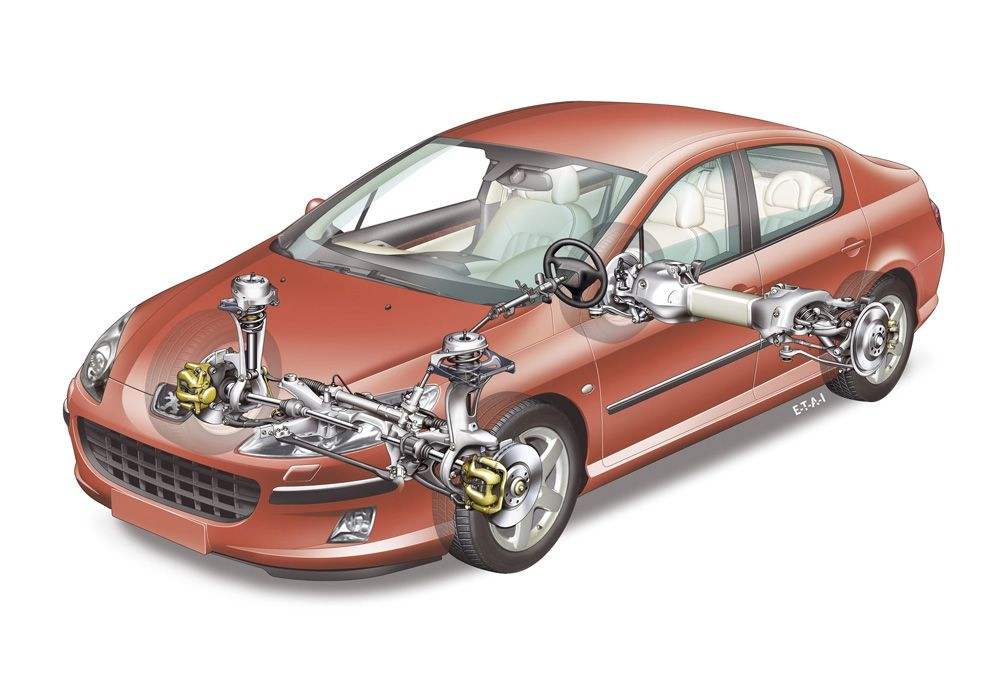 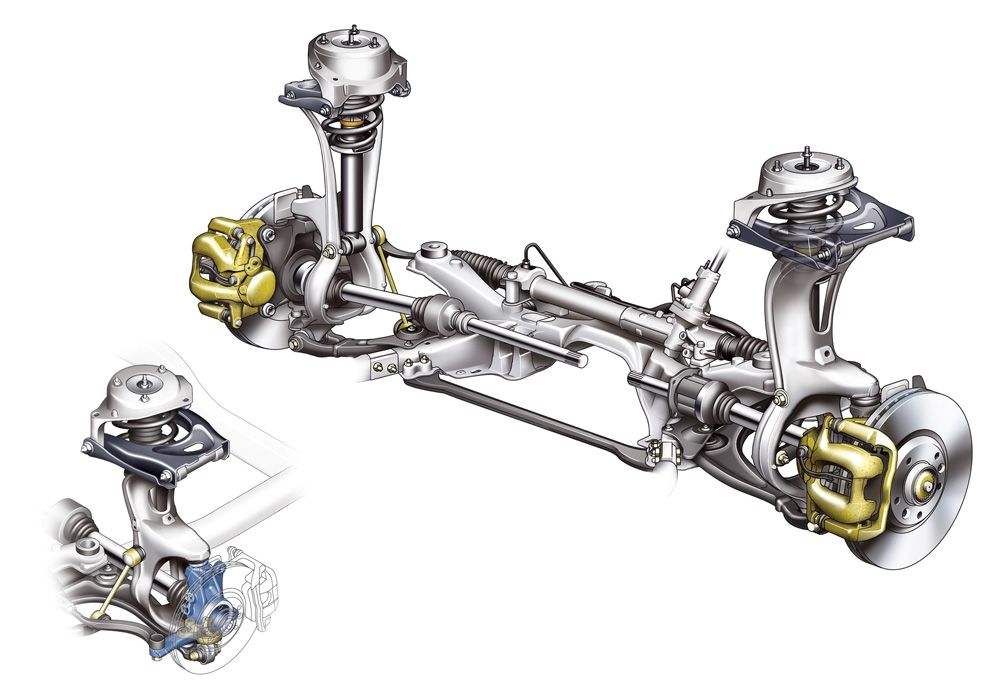 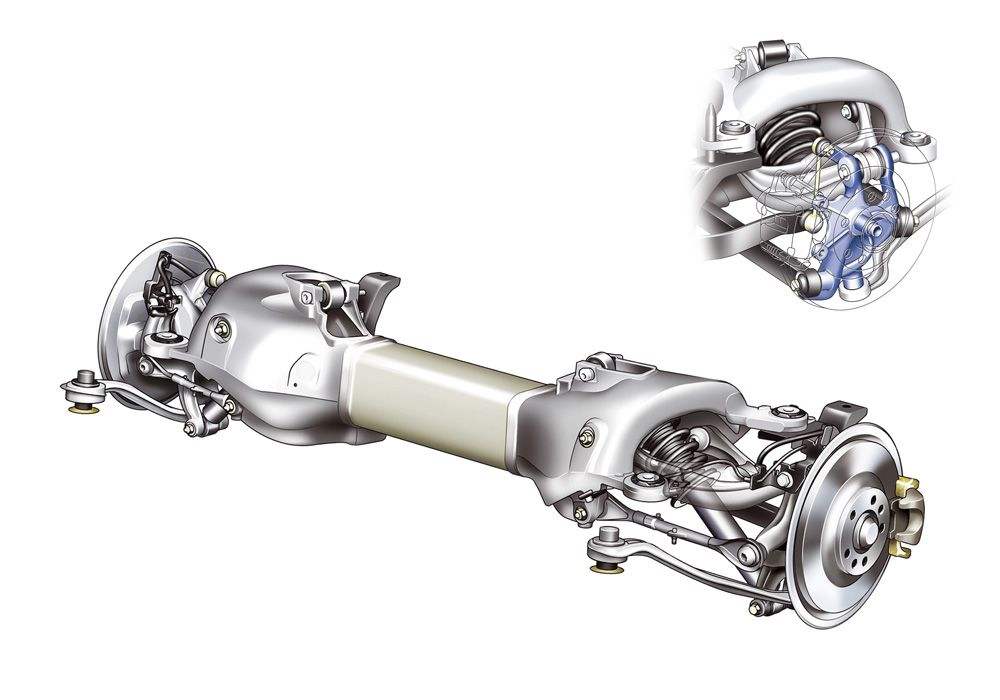 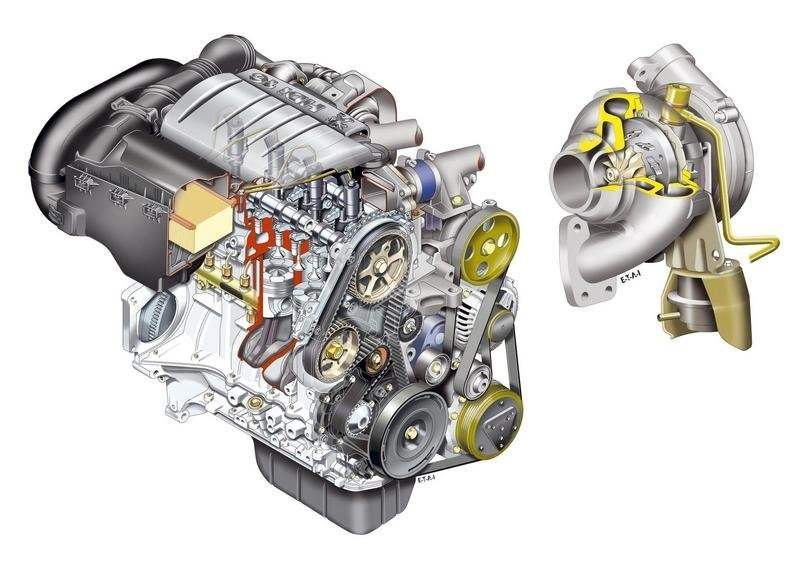 Shestnadtsatiletnij 1.6-liter turbodiesel engine with 109 HP is one of the six engines, which are fitted in the PEUGEOT 407
The last of the “four” was the PEUGEOT 407 — front-wheel drive four-door sedan of the same European size class D. the Design of the new machine has absorbed the most advanced technical solutions that have been acquired in the process of designing and operation of “four” and novelties of the global automotive industry.
The streamlining of a new car is on the level of sports cars — drag coefficient CX = 0,29. I must say that to achieve such values helped the well developed aerodynamics… the engine compartment, in particular, ensuring easy removal falling back through the radiator heated air. Interestingly, at the time, the reduction of drag in exactly the same was decided in aviation. First, aircraft designers have improved the external flow around the aircraft, and when it became almost perfect, it was found that the drag coefficient can be made even less due to the improved aerodynamics of the underhood volumes.
As you know, the main characteristic of the monocoque of the car is its rigidity — its value significantly affects the car’s handling and its passive safety. As for the body 407-th, its rigidity component 22 700 Nm/deg., exceeds the same parameter of any of the sedans of the company Peugeot — compare it is possible only with the BMW of the fifth model.
On the car’s handling and driving stability in addition to body rigidity affects the design of the suspension. Rear suspension PEUGEOT 407 — independent, spring, multilink, with stabilizer. Most of its parts from aluminum alloys. Despite some of its external appearance, it is quite easy, however force the suspension elements have a high rigidity, which ensures high accuracy of kinematic links of this multilink and mnogoseriynoe design.
Front suspension is independent, spring, double wishbone, with stabilizer, made according to a modern scheme with rotating axle. The function of the rebound of the suspension and turn it separated for better clarity control. Front and rear suspension is equipped with four-valve dampers with gas-UPS, and cars with V6 engine the efficiency of the shock absorbers is automatically changed depending on the driving conditions. The steering knuckle of the front suspension, and its lower and upper wishbones — steel, multi-function steering knuckle bearing — aluminum alloy. Steering — rack and pinion type, in combination with the suspension it provides a fairly accurate response to management, relieving the driver from the search steering. 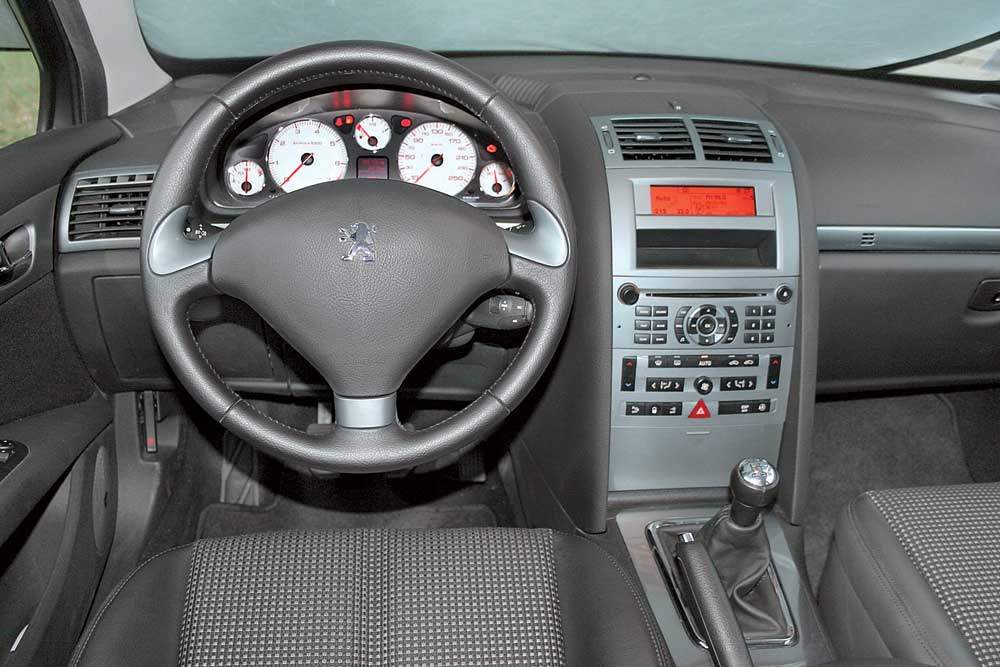 The driver
All modifications of PEUGEOT 407 is equipped with a steering. On machines with a petrol 1.8-liter engine and 1.6-liter diesel engine steering pumps are provided directly from car engines, the pump performance is inversely proportional to the rotational speed of the crankshaft of the engine at low speed, it is maximum (easy drive), as you increase the revs the wheel “heavier”.
On machines with more powerful 2.0 – and 2.2-liter engines use electro-hydraulic amplifier in which the pump is driven in rotation by an electric motor. Accordingly, the pump performance varies depending on machine speed and the speed of rotation of the steering wheel. And on cars with the V6 engine installed power steering with an electronically controlled actuator, which takes into account the speed of the machine and also the speed of rotation and the rotation angle of the steering wheel.
As already mentioned, the PEUGEOT 407 with a V6 engine and Japanese Aisin automatic transmission is equipped with shock absorbers with variable stiffness. There are nine fixed modes of operation of the valves, and changing modes takes place automatically, individually for each of the four shock absorbers. In this case, the computer receives the same data as in the ESP control unit and sensor readings vertical movement of each wheel. As a result, significantly reduced the rolls and reduces the buildup of the car improves the smoothness of motion.
PEUGEOT 407 can be equipped with one of four petrol engines working volume of 1.8 to 3.0 liters and output, respectively, from 116 to 211 HP or one of two turbo-diesel displacement 1.6 and 2.0 liter capacity, respectively, 109 and 136 HP by the Way, the 1.6-litre 16-valve turbodiesel PSA with an aluminum block almost as good as gasoline, but it is more economical than approximately 30 percent fuel and 50 percent of the cost of mileage. Unfortunately, the Russians are unlikely to take advantage of ultra-low-cost diesel PEUGEOT diesel fuel produced in our country, successfully “digested” only the engines of the trucks.
In Europe, however, detalizaziya passenger vehicles is becoming more widespread. In particular, 300 thousand PEUGEOT 407, scheduled to be released in 2005, 210 will be equipped with diesel engines. And on the domestic (French) market will get only 17 percent of the car company Peugeot with petrol engines.
The new machine is equipped with an electronic stabilization system of the latest generation ESP (Electronic Stability Program) with controller to stabilize the exchange rate, allowing you to keep the car on course movement with automatic targeted braking of the wheels. That is, if the rotation begins to enter the rear of the vehicle, the outer side of the turning front wheel podnimayutsya. During the demolition of the same front wheels podnimayutsya inner rear wheel.
Technical characteristics of the car PEUGEOT 407 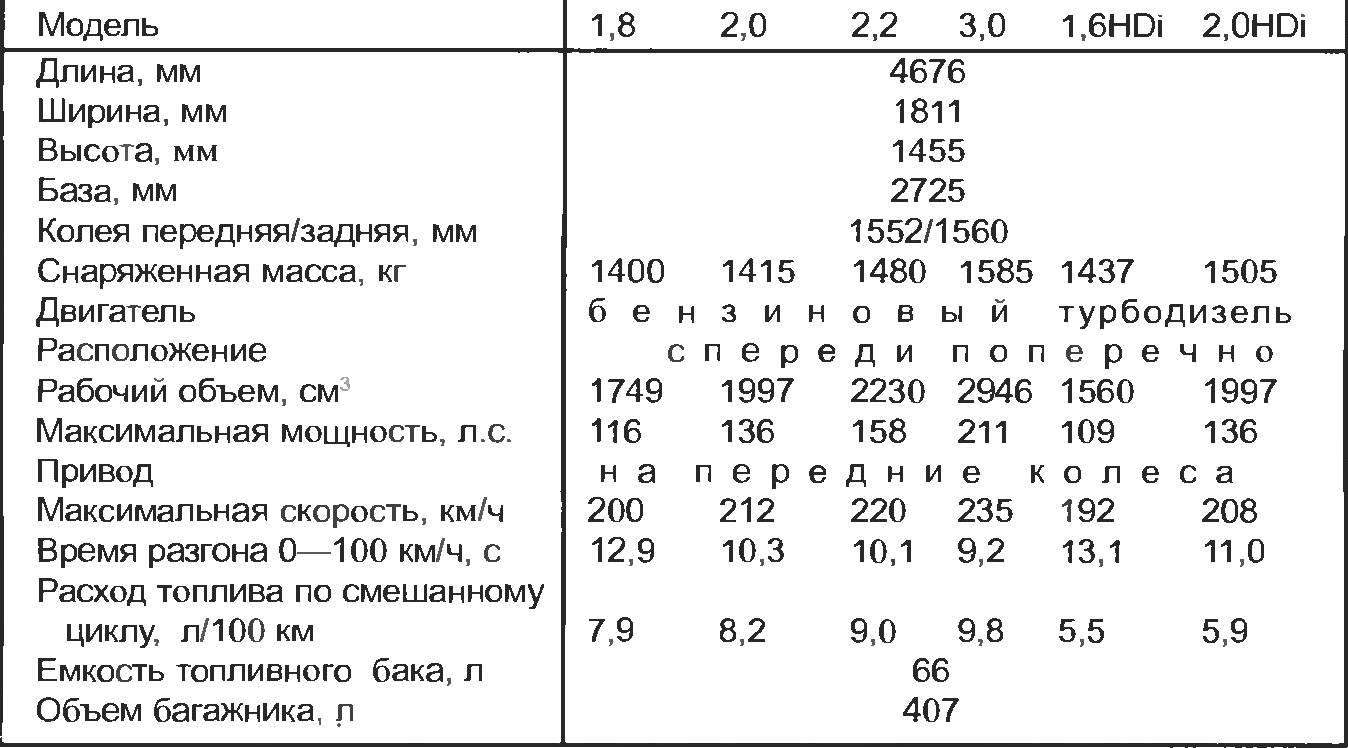 Interior the forward cabin is made in the traditional company Peugeot classic style. Directly in front of the driver — easy-to-read gauges. Displays the navigation system and climate system are grouped in a single unit on the center console.
Official sales of the car began in June 2004. At the time of preparation of the material about the new PEUGEOT still had no information about the time of the beginning of deliveries to Russia and how much it will cost. Official dealers believe that no less than the current “406 y”, the price of which starts from 17 300 euros.
I. EVSTRATOV