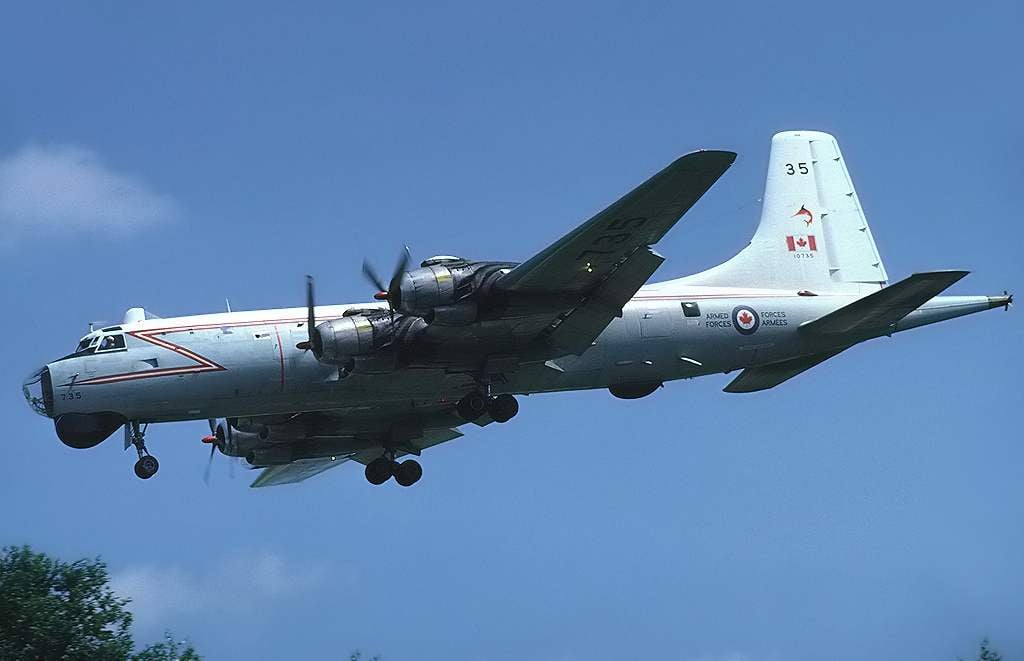 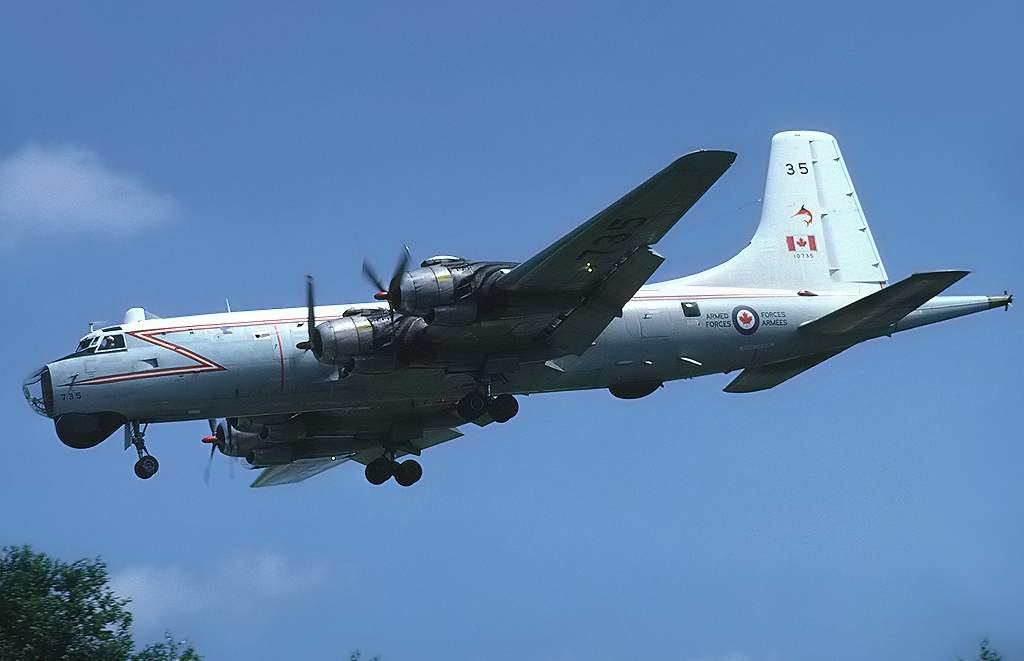 The basis for the anti-submarine aircraft “Argus” has become a passenger airliner Bristol 175 Britannia (1952). The design of the machine under the designation CL-28 or “Britain” MR began in April 1954 Fusepad completely reworked. There were two cargo compartments in the bow placed a cabin of the Navigator and radar in a bulky fairing, the tail – rod of the magnetometer. Fuel capacity increased. But the main difference was that the theater was replaced by piston engines. This forced to make changes to the wing design.
In the cargo compartments were located normal and depth charges (including nuclear), torpedoes, aerial mines and sonobuoys. Later in the range of loads included resettable rescue kits. The machine retained the ability to carry up to 40 people and cargo.
The prototype aircraft, renamed SR-107, made its first flight on 28 March 1957, This car was actually pre-series. The first production of “Argus” took in April. Total produced 33 cars, 20 of them belonged to the type of “Argus 2” with another radar in a fairing of smaller dimensions. Production ceased in 1960
On the arms of the “Argus” was officially adopted in September, 1957, and the exploitation of it in the canadian air force began in may 1958, They conducted a search of Soviet submarines and surface ships conducted patrols over the ocean and search and rescue operations, and is also occasionally carried out transportation. The last departure was made in November 1980 and July 1982, all CP-107 preserved.
Data CP-107 “Argus 2”. The crew – 15 people. Wingspan -43,37 m, the length of the plane – 39,1 m, height – of 11.79 m. Powerplant – four piston engine R-3350-30WА at 3700 HP empty Weight – 36 740 kg, max takeoff – 71 215 kg Combat load-up to 3630 kg inside. The maximum speed of 507 km/h, service ceiling 7620 m, the maximum range of 9,500 km.