The British firm “Martinsyde limited” received its name from the surnames of the founders — Martin and Handasyde and at first was called. Later the name for simplicity shortened. This company is interested in us because in the 1920-ies in the red Army was released it fighter F. 4 “Buzzard” (“Owl”). It was called MF-4 or simply “Martinsyde”, as other aircraft of this company in Russia is not there. The design of the vehicle began in 1916, when designers “Martinsyde” led by Hendecagon undertook the creation of a single-seat fighter-biplane. First they made an attempt to modernize the serial biplane “elephant”, but gradually withdrew from him further and further away. The new RG plane fuselage made shorter and higher, the wingspan is significantly reduced, the pilot’s seat moved backwards to improve visibility. Changed chassis and tail. The fighter was expected to feature a 12-cylinder engine liquid cooling “Falcon” power of 275 HP company “rolls-Royce” and arm 7,69-mm machine gun “Vickers”, mounted above the upper wing on the left, and a machine gun, “Lewis”, standing on the right side.
By June 1917, the machine was built, tested and sent to the airfield Martlesham-khis, where she flew several military pilots. The reviews were favorable: the new fighter had better data than the SE.5 and “Dolphin”. However, the engine “Falcon” was needed for other aircraft, and from the order of this car with different engine military abstained. But at the end of the summer of the same year, the designers came back to a single fighter. A new car called the F. 3 since it was preceded by a double biplane F. 1 and F. 2. It was based on the design (RG, but the size of the aircraft is slightly reduced. Perhaps it was due to the fact that he used another version of the “Falcon” less power — 190 HP Fighter was made entirely of wood. For example, the wing spars were made of Hickory, and the ribs of spruce (Oregon pine). The fuselage had a frame, too, from spruce, reinforced in the rear cross braces. The front brace was not needed — part of the load taken by the shell of birch plywood. A large part of the surfaces, like other airplanes of that time, tight fitting cloth. The metal is also present, but in small quantities. The hood of the engine and the frame is made of aluminum alloy. Even the metal used in the chassis.
Compared with the predecessor, the height of the fuselage slightly increased, having put the pilot higher. It improved his vision. Armament consisted of two machine guns, “Vickers”, mounted on the engine.

“Martinsyde” F. 4 at the Central airport of Moscow. 1929
Factory testing of a prototype of the F. 3 was completed by the end of September of 1917, Then the fighter flew military and even sent him to France to try on the front. After receiving positive reviews, the Royal flying corps immediately ordered 150 machines. But “Falcon” even by the standards of the time had insufficient capacity. An engine replacement would significantly raise the flight data of the aircraft. Alternatively, were offered French 8-cylinder engine Hispano-Suiza 8Fb, developing 300 HP Military supported the idea. “Falcone” passed only seven fighters. All others had to get the French engines. This option was called FA.3 and later F. 4.
But the replacement plant is not limited. The cockpit was moved approximately 250 mm ago; the place vacated in front, used to increase the volume of the fuel tank and additional ammunition rounds. The chord of the lower wing reduced. Guns down, improving visibility pilot. Switched to metal (dural) engine mount. The first F. 4 was collected in may 1918 and In July moved the aircraft to France, where he familiarized pilots combat units and their French colleagues, who are also interested in the car. In August, the fighter returned to England for the final stage of testing. Then made changes to ventsistemy and drive grille. But in the same month, the military required an increase in the supply of ammunition, fuel and oil, however, agreeing that it will be done, starting with the 25th series cars. The plane had high hopes, ordered a total of about 500 copies.
Delivery of engines “Spanish” in England began in October 1918, but the capitulation of Germany concluded the First world war. Interest in the supply of arms immediately plummeted. About plans to arm the “bastardly” 13 squadrons forgotten. By 2 November the plant produced a total of seven F. 4, three of which had no motors.
The upgraded fighter is put to the test in February 1919, He was about 45 kg heavier than the first prototype. For this sample to December 31, 1919 produced about 330 aircraft, the rest of the orders cancelled. Of this amount, the Royal air force took 276 machines.
However, in combat units, they almost missed. The air force chose sopvich snipe, inferior “Bastardo” on the flight data, but is equipped with a domestic engine and significantly cheaper. Only in England, operated by not more than 50 F. 4.
Trying to adapt to a peace time the part is not received by the air force planes were altered in a double F. 4A offered as educational, postal and high-speed passenger. Was a military version of the scout with scarf turret in the rear cockpit which was mounted a machine gun “Lewis”.
Excess fighters tried to attach the export. Intended to sell a lot to Americans, but those I bought only one instance for testing. One plane was able to shove the Japanese and the poles. Latvia in 1923 bought a fighter without weapons for flight school. 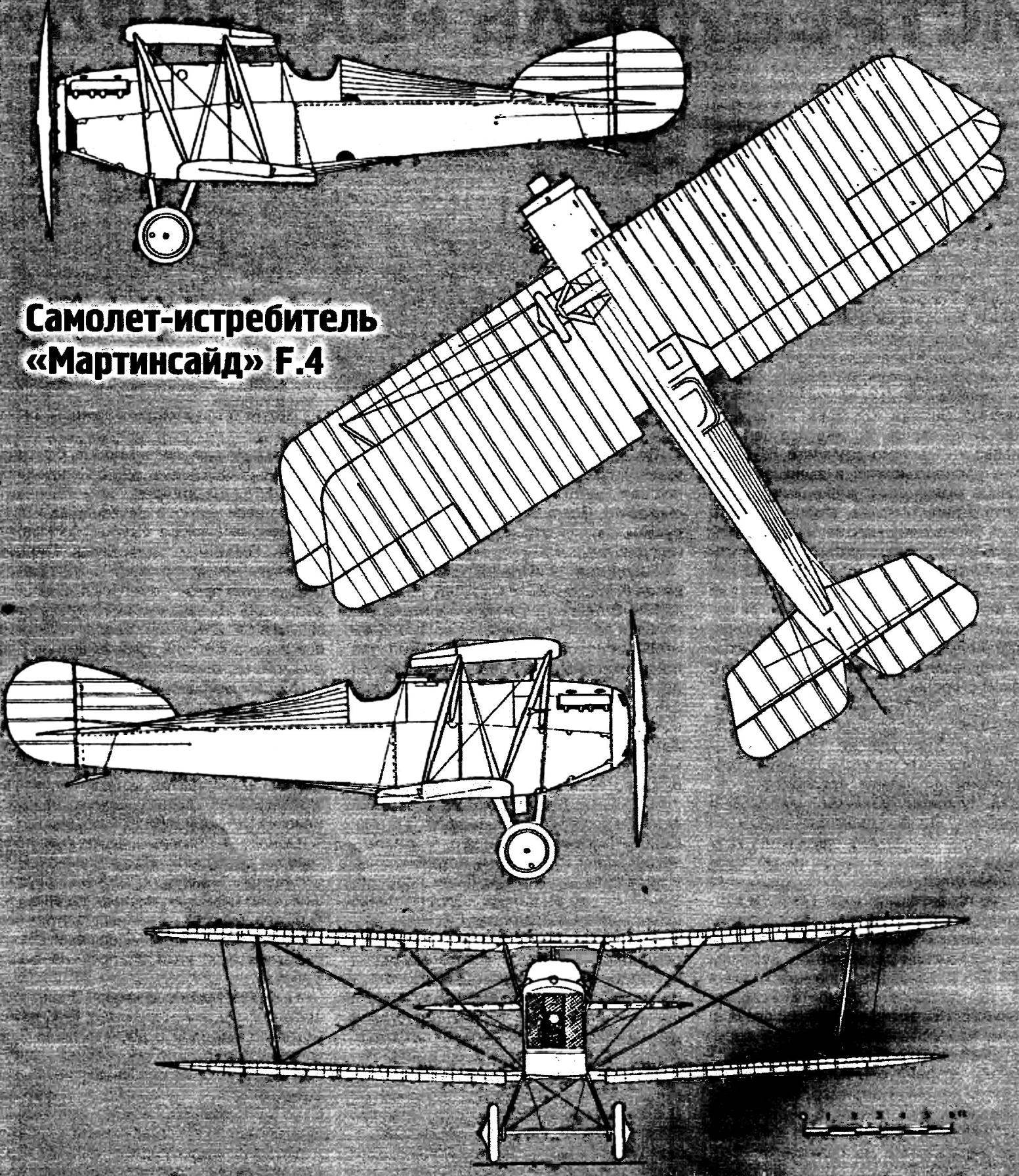 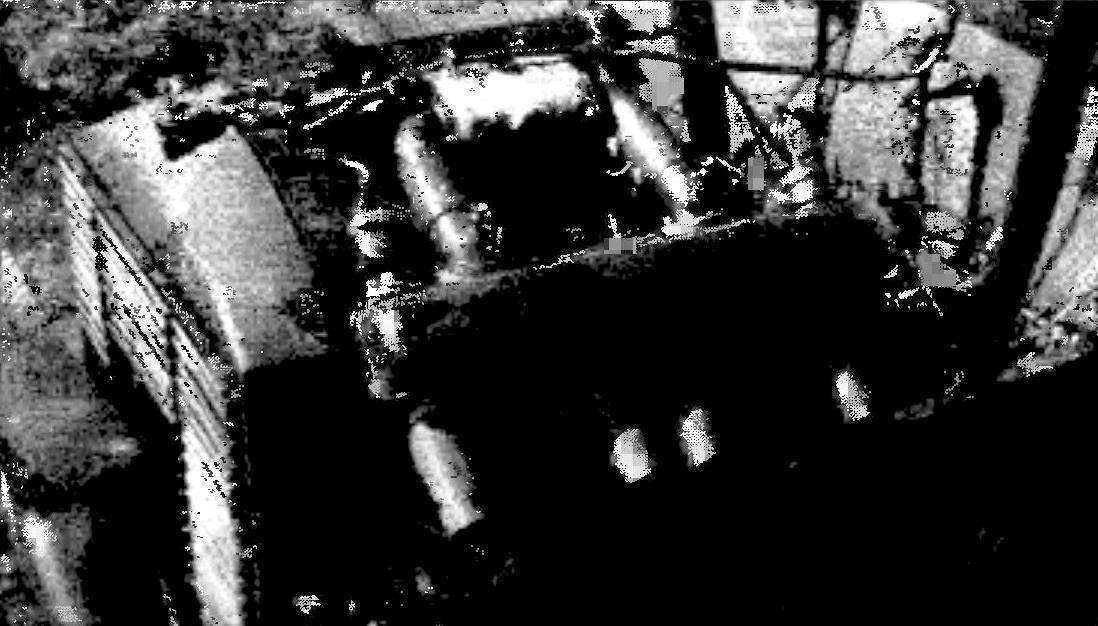 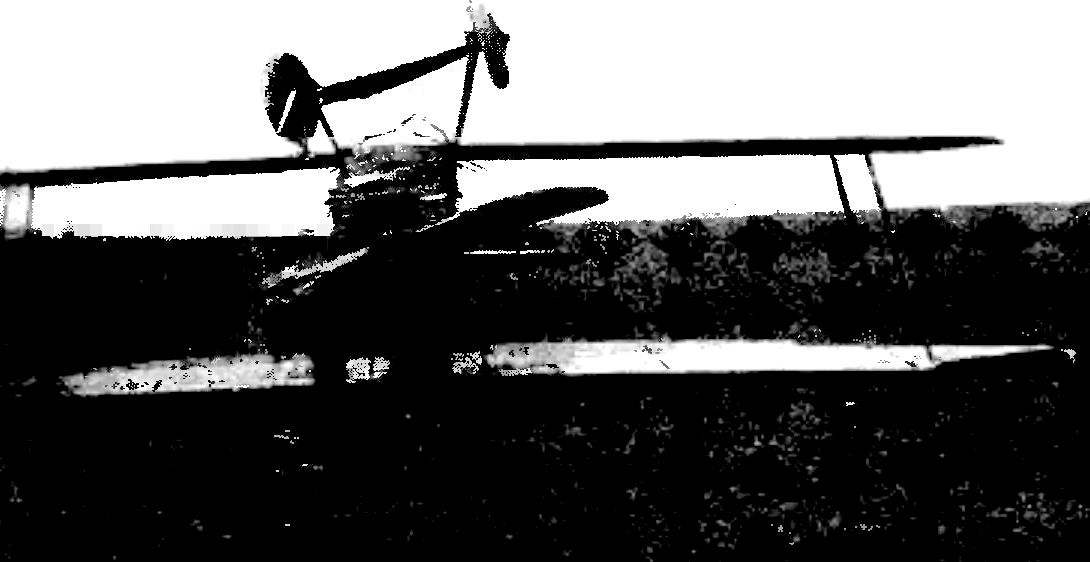 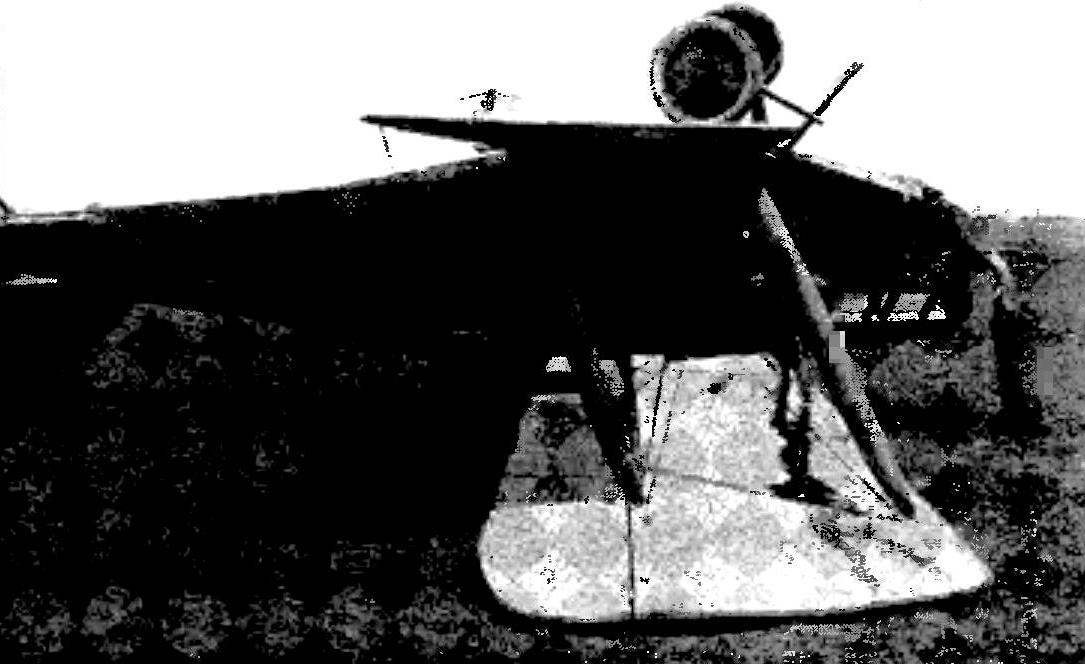 Accident instructor S. S. Zasimova on landing. 10 may 1929 Kachin flying school.
By the end of 1927 most of the “Martinsyde” moved to different schools. On 1 Dec 11 cars were at the Higher school of air combat, in a few instances received the 1st higher school of military pilots, 1, 2-I and 3-I pilot school. The air force Academy. Oddly enough, in the Soviet Union letalis to organize production apparently already obsolete aircraft. According to the available samples at plant No. 39 in Moscow executed the drawings. The factory produced several fighters with engines M-6. Machine received the designation of MF-4. They are made of other woods and some different picking devices (for example, not wearing a watch and turn signal). The width of the fuselage is reduced, some details of the set increased. The spars of the wings become wider. Apparently, it was more about the overhaul with the use of the individual nodes of the original. Anyway, the first car kept even the English room 4280 (64280). MF-4 (without machine guns and devices) empty weighed 915 kg 855 kg against the original. Flying weight, respectively, was 1182 kg 1113 kg. In April 1928, the head of the aircraft gave the air force research Institute, where the tests started by the famous pilot V. O. Pisarenko. But after the first flight snapped together brace the box of wings. Brace replaced, but the same thing happened again. The fighter returned to the factory. Air forces scientific research Institute fighter returned on June 26.
In the opinion Pisarenko says: “the Aircraft is stable in all modes… All the pieces the plane is satisfactory, a bit sluggish, which is typical of the aircraft type Martinsyde… Takeoff and landing are simple.” Pisarenko reached on MF-4 maximum speed — 212 km/h. Testing was completed on 20 October. Report research Institute, said: “As a fighter plane is outdated due to the small horizontal and vertical velocities. Can be used for training of fighter pilots”. From surviving documents it is unclear if the BBC made of MF-4. Likely not. This is evidenced by the fact that the total number of “Martinsyde” lists by the beginning of 1929 is not increased.
The number of British fighters in the red army air force gradually decreased. On October 1, 1927, there were 30, a year only 22, two years -18. So, 1st school of military pilots in Kacha near Sevastopol from mid-1927 to mid-1929, lost two aircraft. Worn sometimes fighters simply disintegrated in flight. So, on may 24, 1929, half a kilometer from the airport Kachin school when you exit the dive has developed the wings of the aircraft, which was piloted by the instructor B. C. Vsevolodov.
In the end, the situation recognized threatening. May 26, 1930, the air force sends a Directive to: “…identify where the aircraft “Martinsyde” and their status, as with “Martinsyde” will have to be done.” There were 14 vehicles, nine of them serviceable — all in schools. Jun 14, F. 4 formally withdrew from the air force of the red army. To decide what to do with them. Came to the conclusion that due to the disassembly of fighters that are in poor condition, the rest need to man up and give them Osoaviahima. July 4, Deputy Chairman of the revolutionary military Council Uborevich imposed in this resolution — “don’t mind”.
In November 1930, the first four fighters passed Osoaviahima. They were followed by other cars. One “Martinsyde” went to the aeroclub glass factory “Proletariy”, single — cell osoaviahima Evening working University, two clubs of the East Siberian region. On January 1, 1931, the air force remained the last three cars. Soon they moved on to Osoaviahima. They were used until about the middle of 1932. for training in hot and high, and then as visual AIDS on the ground.
V. KOTELNIKOV