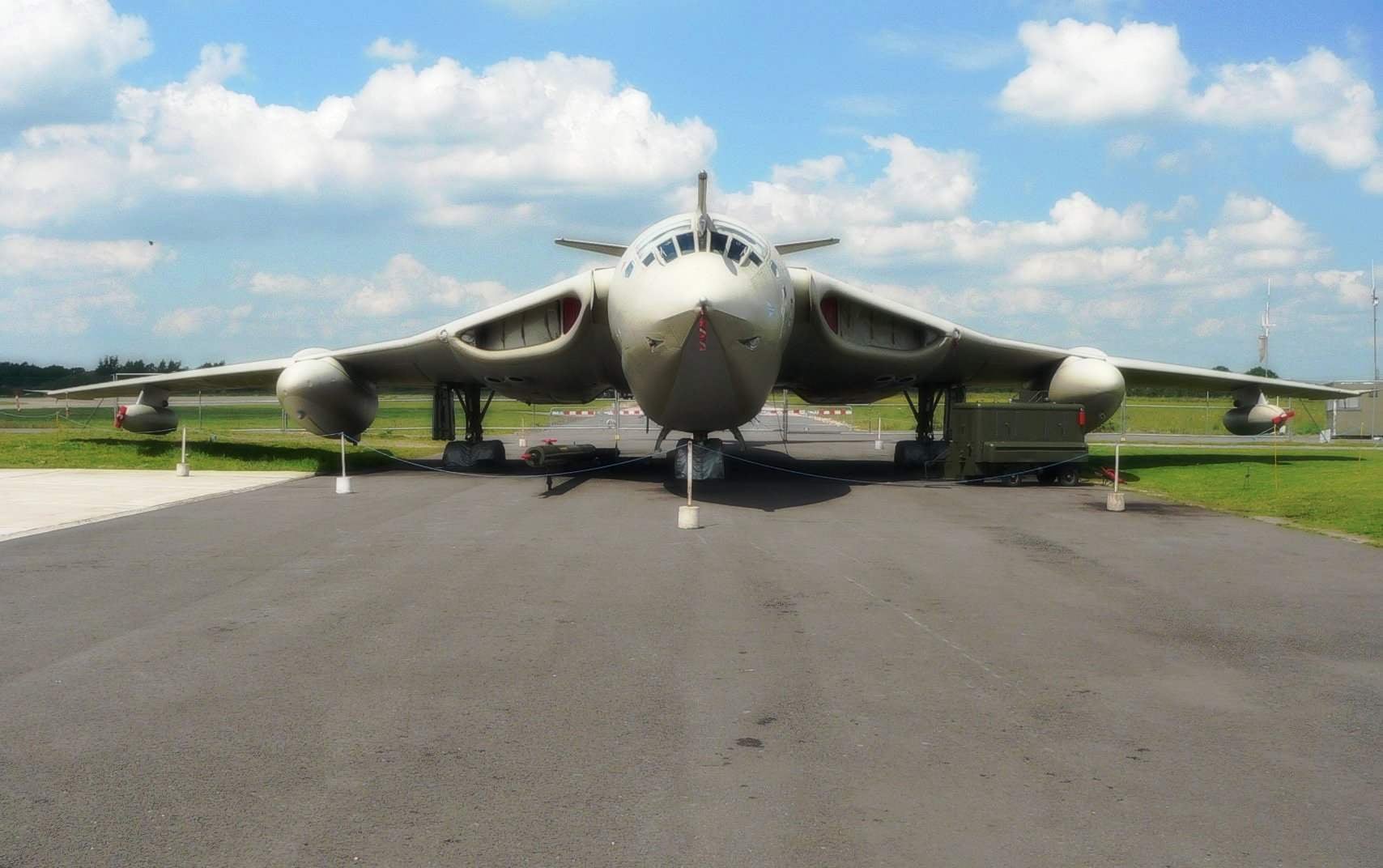 Bomber Handley Page VICTOR. In January 1947 at a meeting Jen 163— secret of the governmental Committee the UK the decision was made to separate the development of the atomic bomb. It followed the refusal of the Americans to pass the English government materials in design and production of nuclear weapons. The plans of the Committee for the development of the first combat of the sample bomb was given five years, and by 1957 it was supposed to produce about 200 atomic bombs.

At the same time began work on designing the aircraft carrier of nuclear weapons. Performance requirements for the new bomber, bearing the code “Document 230”, received on 9 January 1947 in three leading aviation companies of great Britain — A. V. Roe, Handley Page and Vicktrs.
In the specification “B35/46” in this document it was stated that the air force requires high-speed and high-altitude aircraft with a range of not less than 6500 km, and a minimum bomb load of 4500 kg At the end of October 1947 the Ministry of supply held a hearing on the proposed firms projects. The competition was won by the firm of A. V. Roe and Handley Page.
The government wanted to obtain the flying prototypes of the bombers in 1952, the completion of the creation of the first combat of the sample atomic bomb. In February 1949, it became clear that the radical novelty of the proposed projects does not allow to conclude as planned the process of bringing the ordered aircraft. In the interim, it was decided to implement a fairly conservative firm Vickers “660”, called VALIANT
Thus, first took arms, the aircraft that lost the competition, but the company-the winner gets the correct time. One of them, the firm Handley Page, began design of a bomber with jet engines before the official order from the government, almost immediately after the war. In 1946, the leading engineer of the company, Godfrey Lee developed a draft design of the aircraft with four jet engines “Avon” in the root of the wing of the great sweep bent up a law-tsukami. The fuselage was almost the same as the American b-29 bomber. Arrow-shaped stabilizer mounted on the fin a rounded shape. 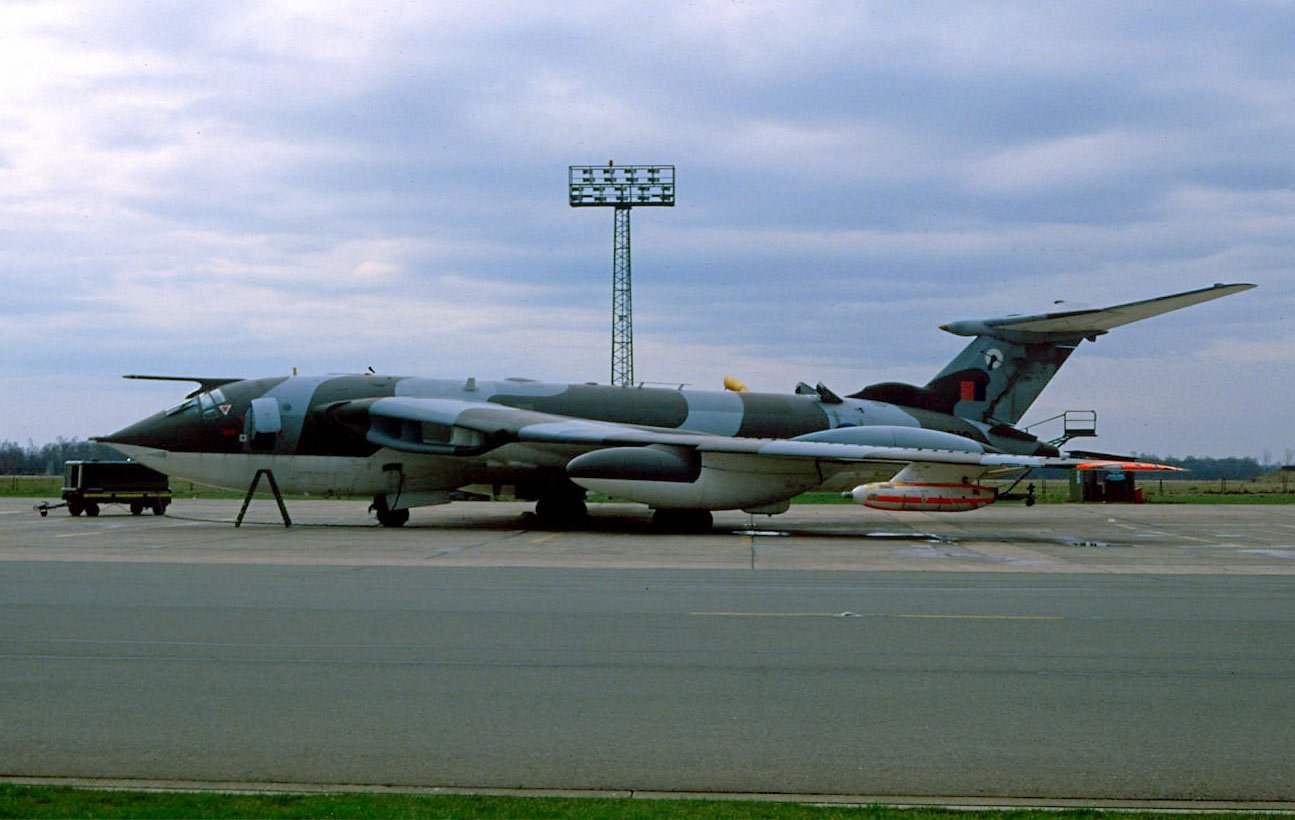 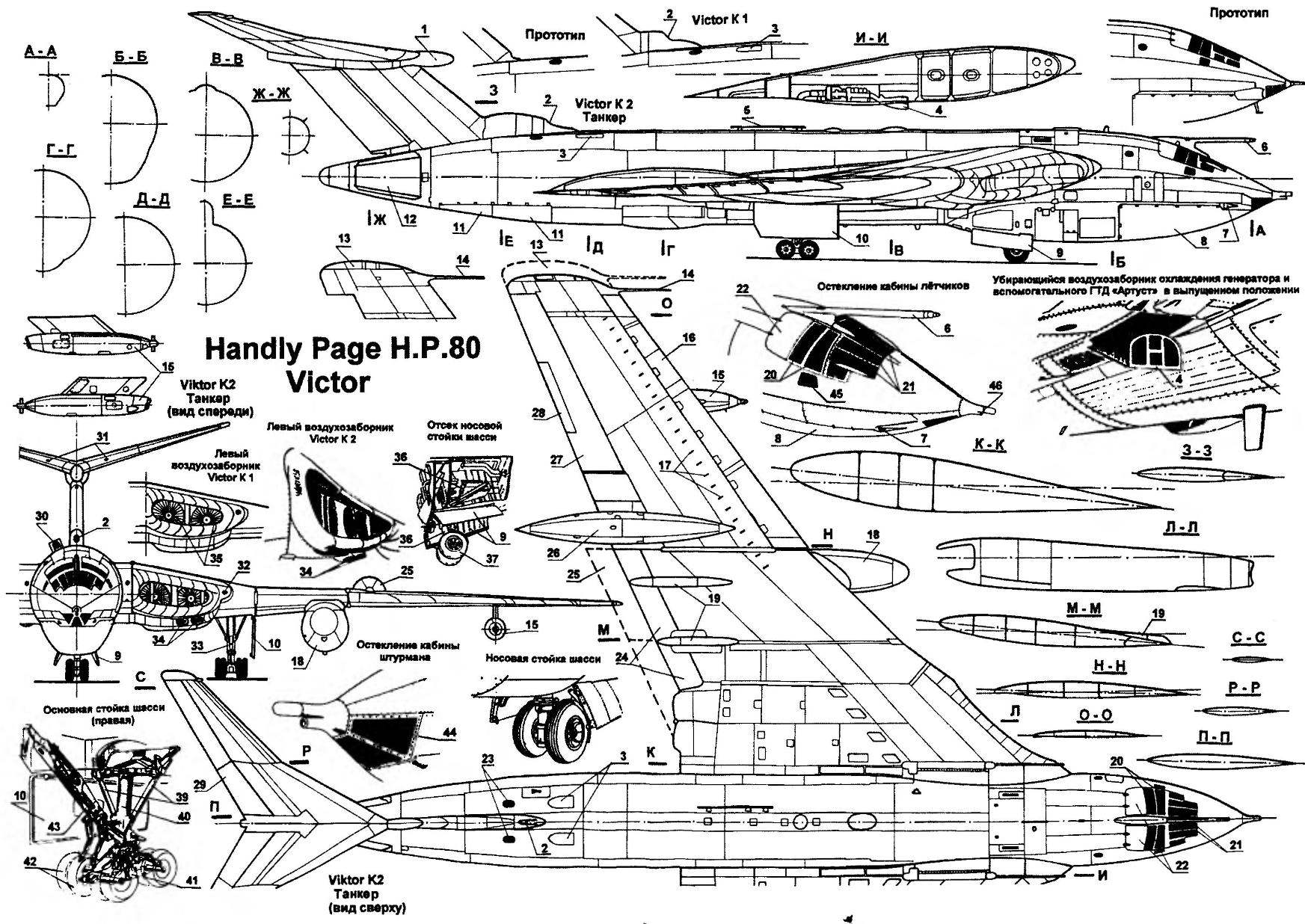 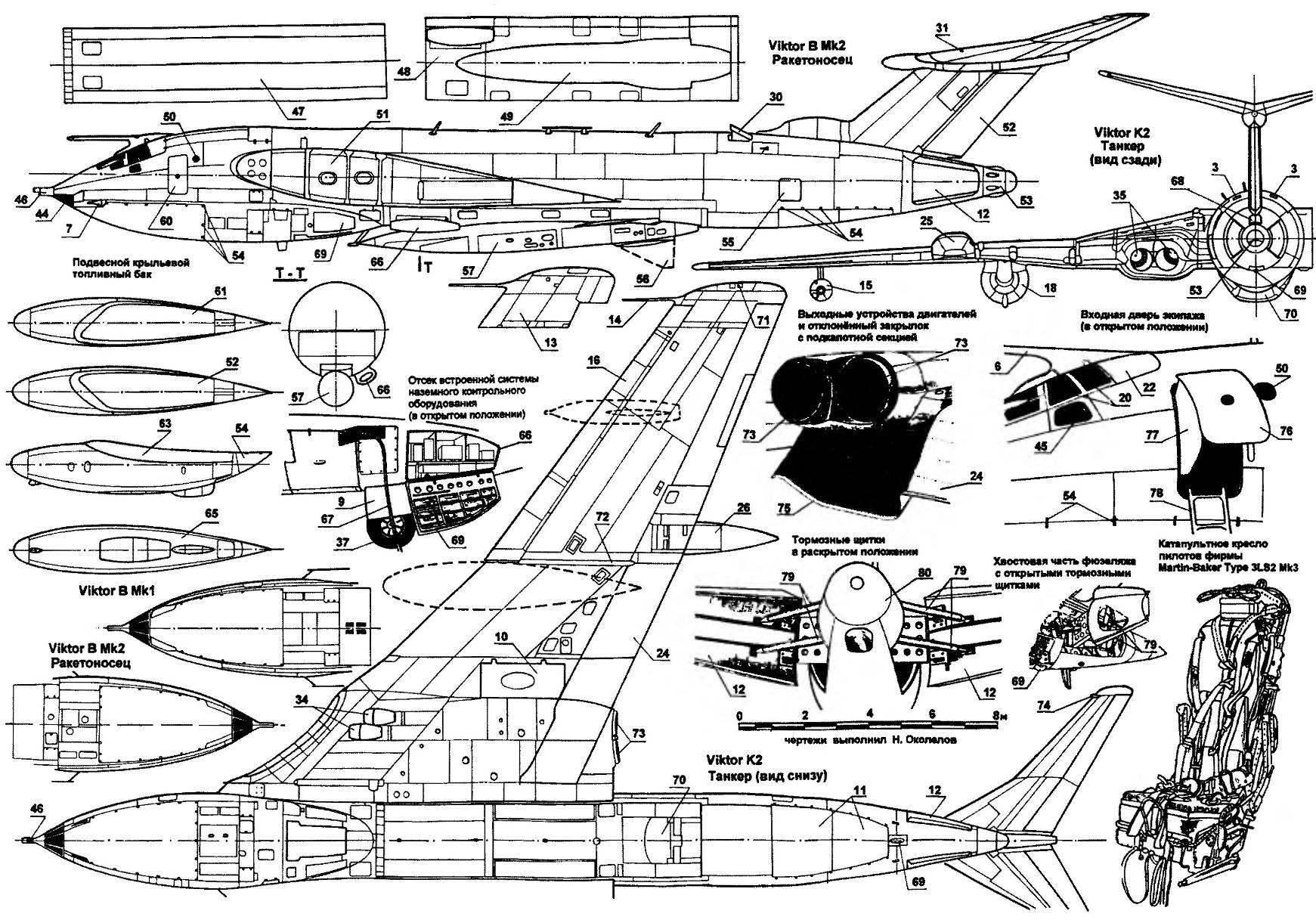 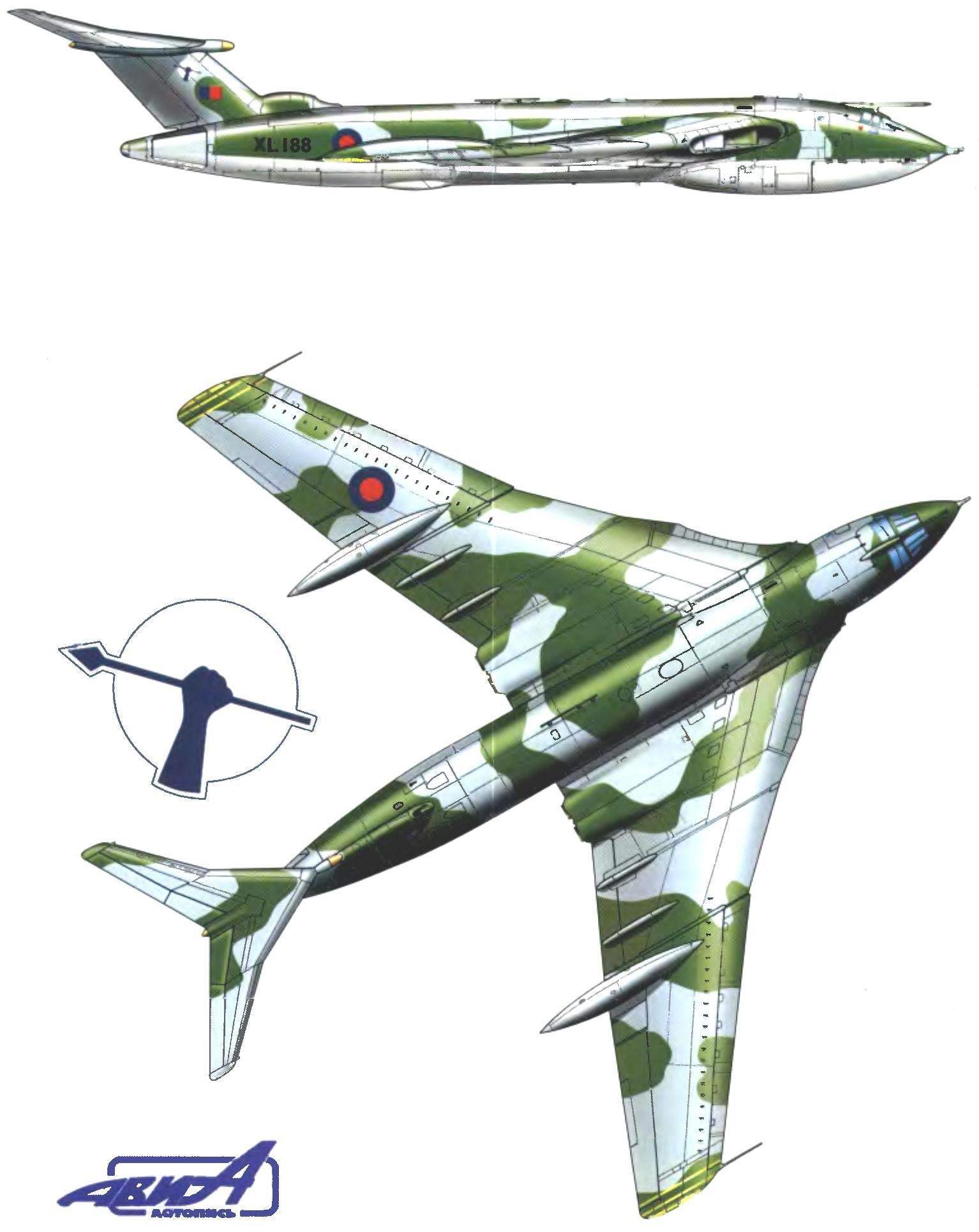