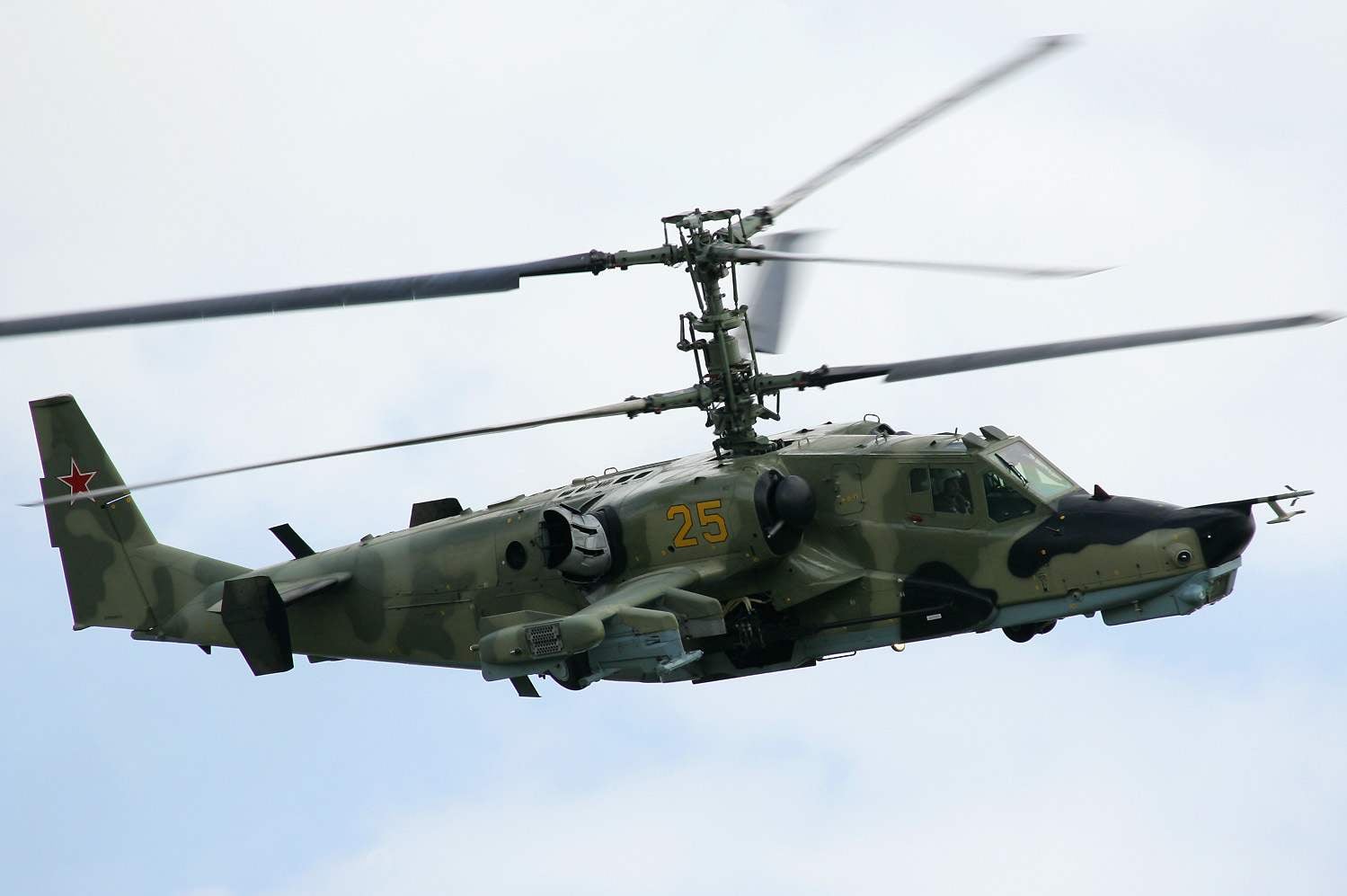 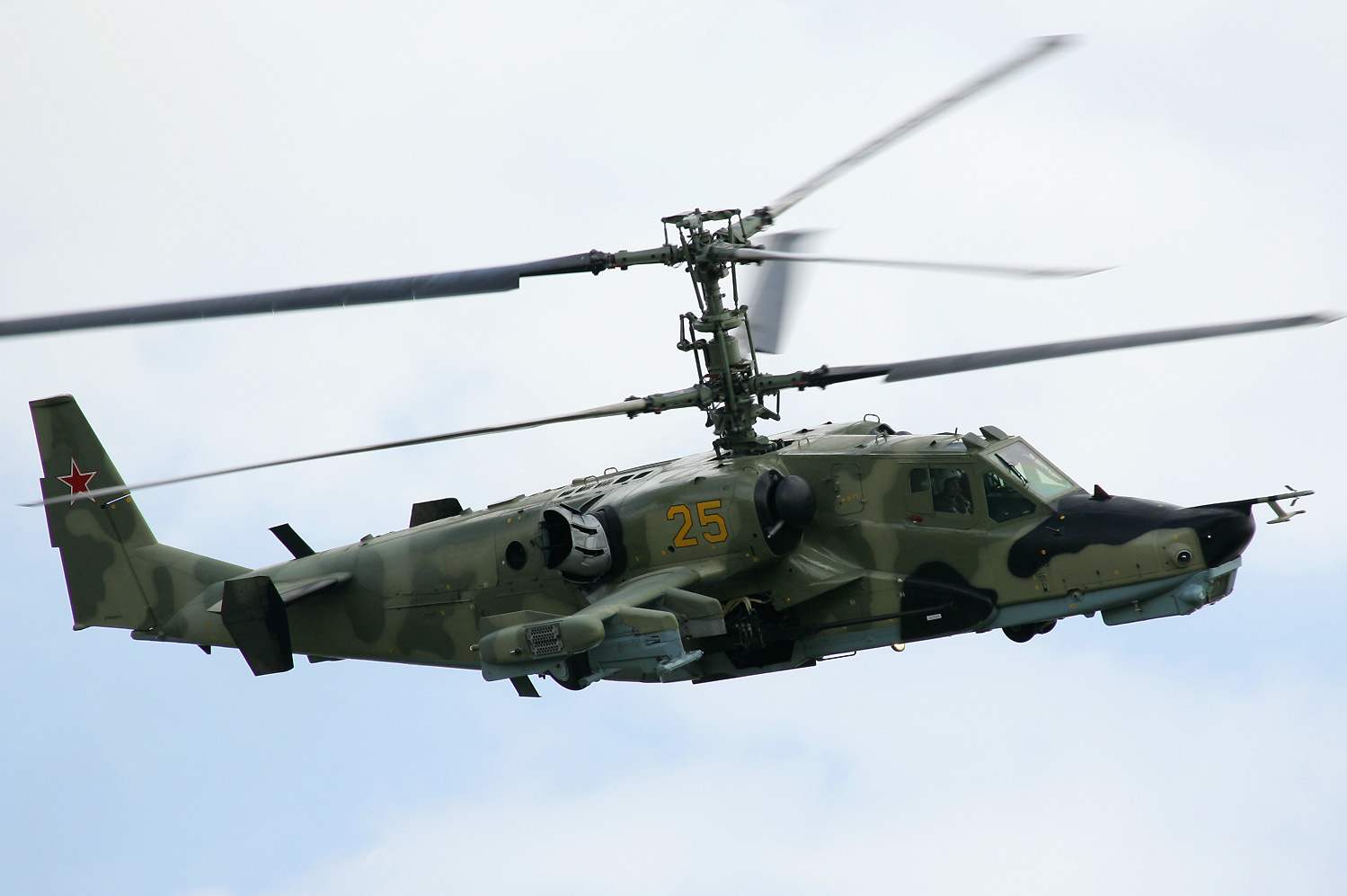 His first flight of the day anti-tank helicopter the Ka-50 made in 1982. When designing the machine was seen as an alternative to the American helicopter Ah-64 “Apache”, and the testing process successfully passed the contest in which his opponent was an attack helicopter Mi-28.
The fuselage of the helicopter with small midsection and developed vertical tail surfaces. Engines placed on the sides, at the top of the fuselage. The helicopter has a wing span of 7300 mm, which is fixed four pylons and two containers. The pylons can be mounted unguided rockets or anti-tank guided missiles “Whirlwind”. In containers placed blocks release of the means of jamming.
In the lower part of the fuselage, on the right side it has a 30 mm gun with an ammunition load of 500 rounds, able to deflect 15 degrees in azimuth and 30 degrees elevation angle the Pilot cabin of the helicopter is fully armored and provides the pilot the safety of the weapons with a calibre up to 20 mm. In emergency cases, the pilot can use the ejection seat K-37, which efficiently works on all speeds and altitudes. Interestingly, before firing catapult the blades of a helicopter are shot.
Propeller blades are made mostly from composite materials. Chassis tricycle, retractable.
KAMOV Ka-50: the diameter of the rotor 14 500 mm; empty weight 7700 kg. maximum weight 10 800 kg; load capacity 2000 kg, engines — two theater-type TV-3-117V with a capacity of 2225 HP; maximum speed of 310 km/h; dynamic ceiling 5500 m; range of flight 455 km; the crew of 1 person.