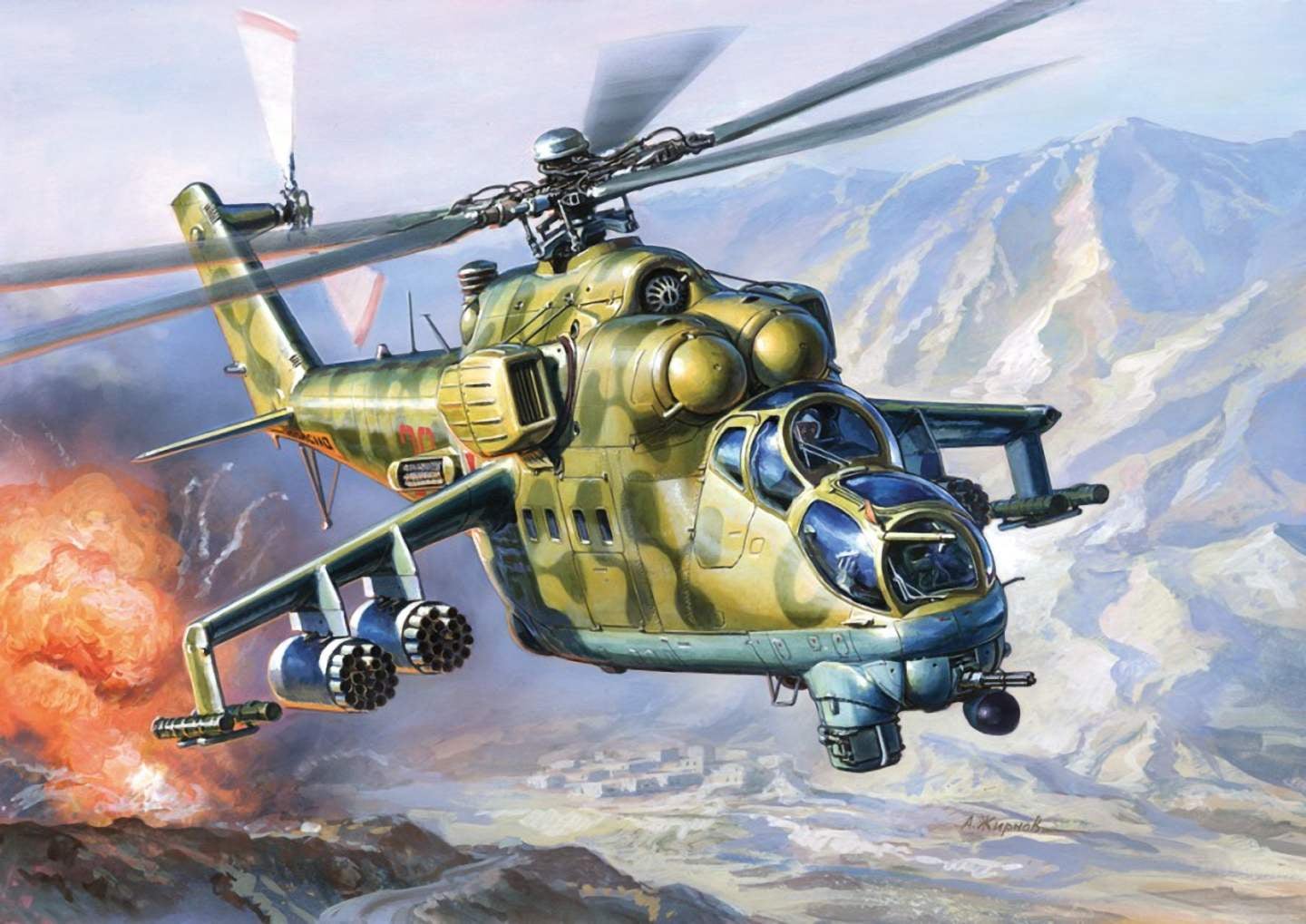 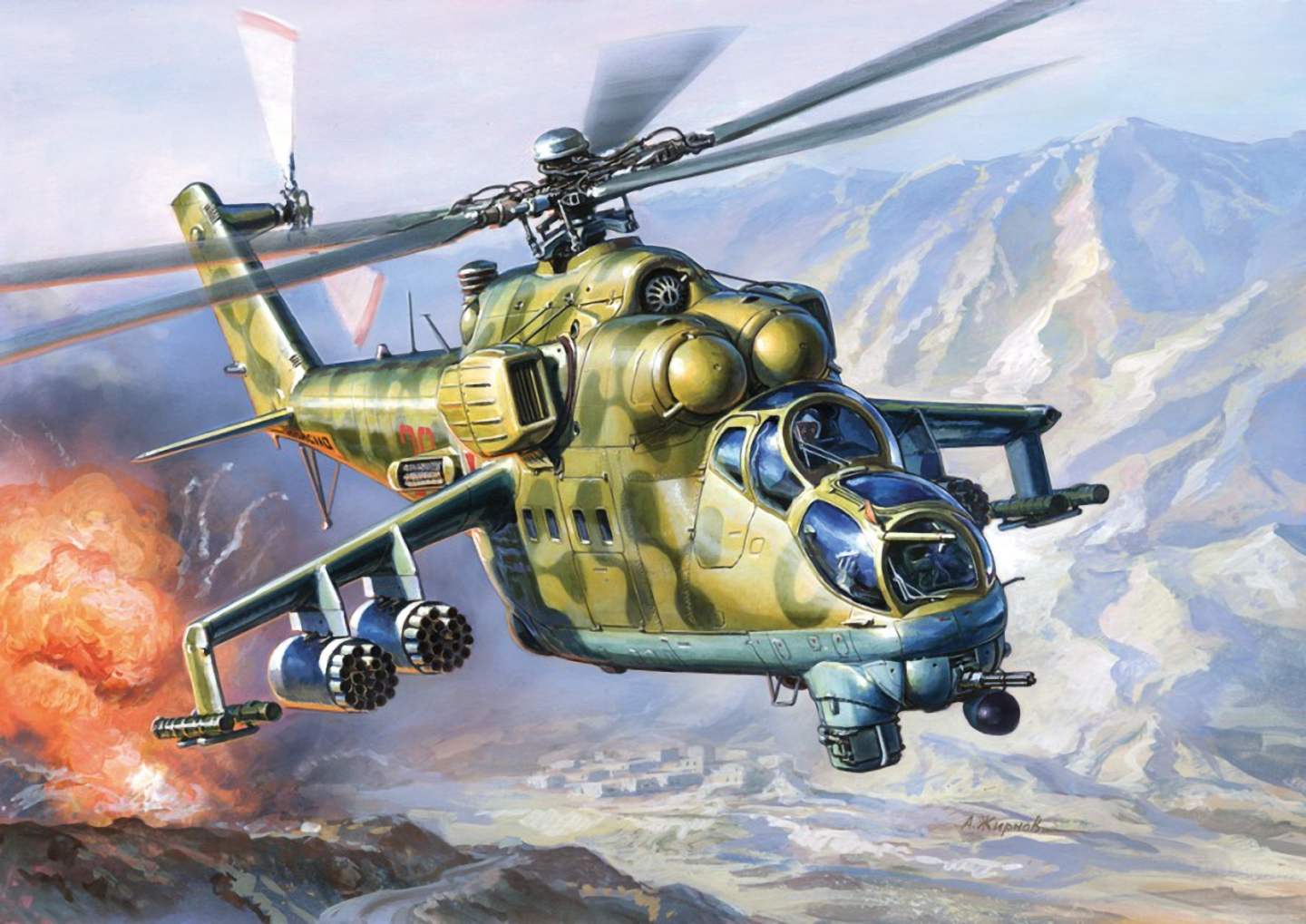 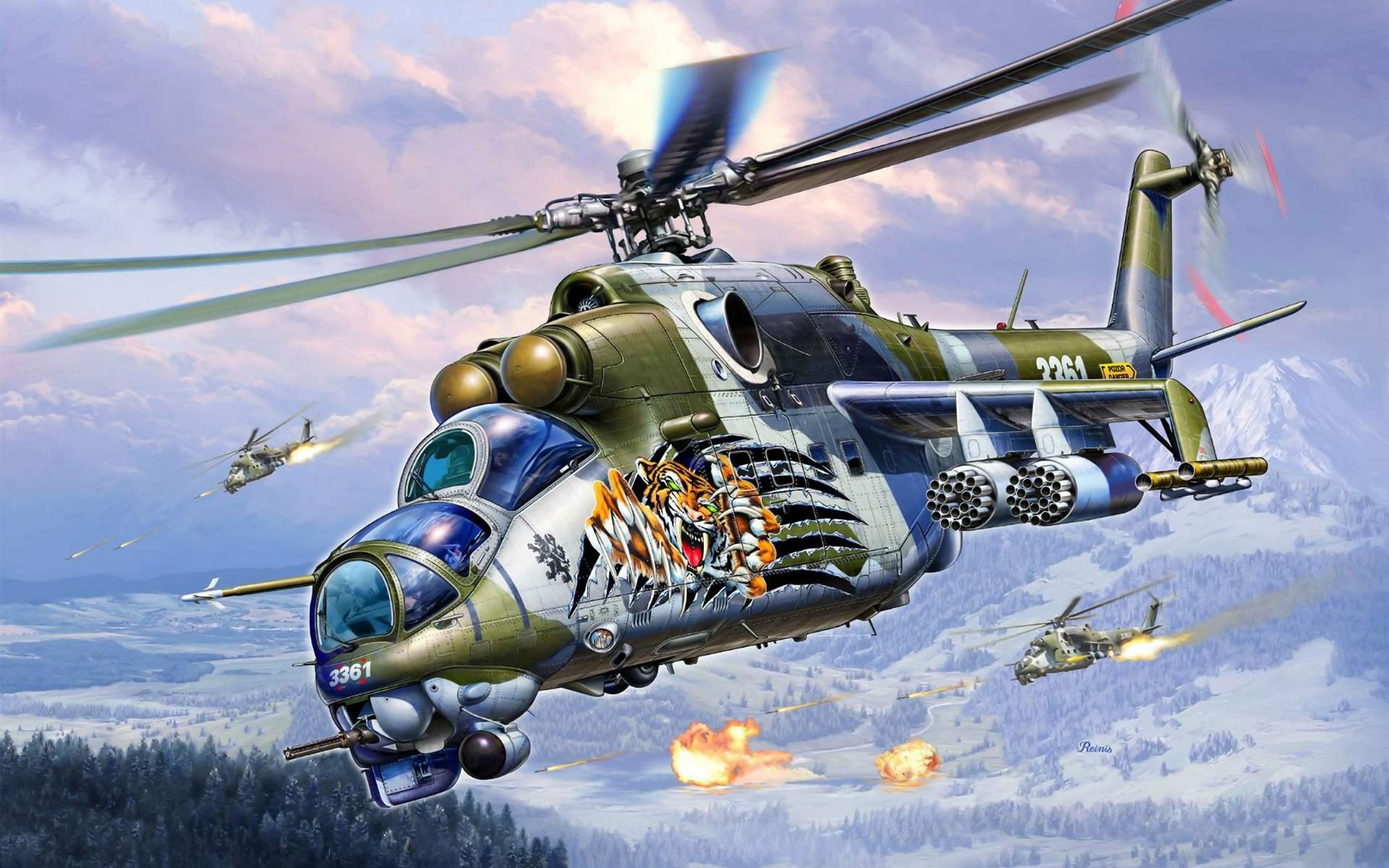 The first flight of the new military troop transport helicopter, which later received the name Mi-24, was held on 15 September 1969, and in 1970, began its mass production. In the military machine became available in 1973. In the 70-ies of the Mi-24 was the fastest helicopter in the world — on one of its options was an absolute record of speed of 367 km/h.
The carrier system of the combat helicopter created on the basis of the medium transport Mi-8 helicopter, but the design process has undergone a number of changes. Thus, the diameter of the rotor is decreased, respectively increased its specific load. Many steel components were replaced with duralumin. The propeller blades became fiberglass
The helicopter has a small wing, which at high speeds unloads the rotor; under wing pylons are installed on means of destruction. The helicopter uses three-wheeled, fully retractable landing gear in flight.
The crew cabin is protected by armor. The crew consists of a pilot, a pilot-operator has the possibility to manage the flight, and onboard equipment. The latter is located in the cargo compartment, it can accommodate up to eight armed commandos.
The helicopter was manufactured in several versions. The Mi-24A pilots are in the car, close; machine is armed with a machine gun and ATGM. The Mi-24D pilots are arranged in tandem; the weapons appeared chetyrehstvolny gun. Mi-24V was installed new anti-tank complex and advanced sight. Mi-24P is equipped with a 30 mm cannon installation.
Combat helicopter Mi-24 rotor diameter 17 to 300 mm, the empty weight of 8500 kg; maximum weight 11 500 kg; lifting capacity 2400 kg; the maximum speed of 315 km/h; static ceiling 1050 m; dynamic ceiling 4,500 m; range 450 miles; engines — two TVD TVZ-117 with a capacity of 3260 HP; crew — three people.