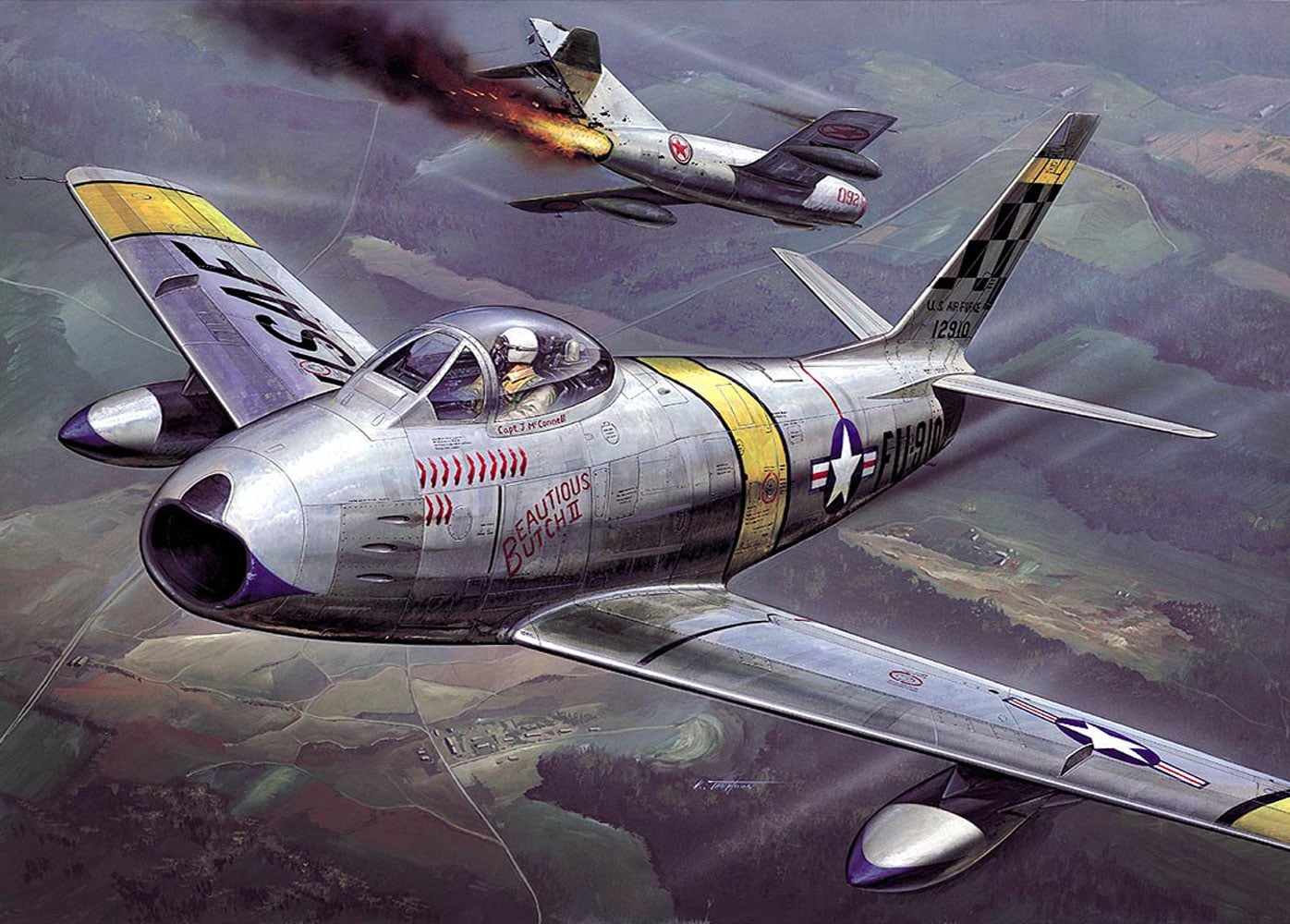 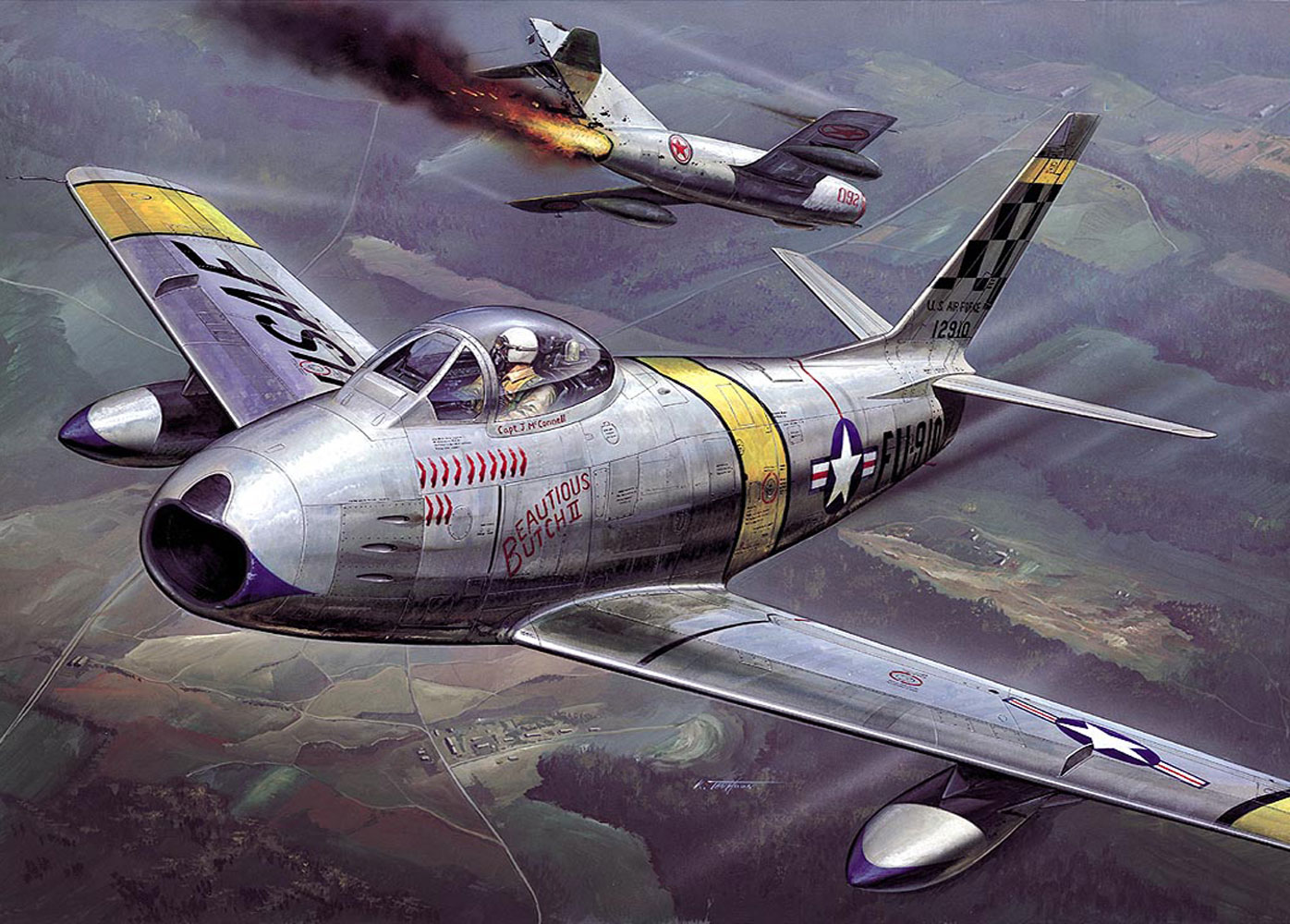 Aviation and missile firm North American (USA) has been building aircraft since 1934. During the Second world war, the firm produced about 42 700 aircraft, among which were such well-known cars like a fighter P-51 and b-25.
Even during the war, the firm started to build aircraft with a jet engine. The first flight of the new jet fighter F-86 on 1 October 1947. In 1949 he began to enter the United States air force.
The new fighter of the firm’s North American, equipped with a jet engine General Electric with a thrust of 2200 kg and armed with six heavy machine guns, could reach speeds of over 1000 km/h.
Almost simultaneously with the F-86 close the circuit fighters with swept wings were built in France by the firm Dassault M. D. 450 (1949) in the USSR – MiG-15 (1947) and La-15 (1948). All these machines were, in fact, twins, and aerodynamic configuration, and technical characteristics. Such a coincidence, apparently, was due to the level of development of Sciences such as aerodynamics, strength theory, thermodynamics and gas dynamics.
In 1950 started the Korean war, and that jet F-86 SABRE became the main American fighters during these hostilities. As a rule, they were accompanied by groups of bombers b-29 Superfortress in raids on Pyongyang and other North Korean cities. Opposed “sabram” the MiG-15, which not only inferior to the F-86, but in many ways surpassed them.
For many years the F-86 SABRE was the standard fighter of the NATO countries; in Canada and Australia these samoloty were produced under license in Italy and Japan organized Assembly production of these machines from American components. Total built more than 8,000 F-86 SABRE.
NORTH AMERICAN F-86 SABRE: wingspan 11 300 mm, length 400 mm 11, the engine thrust is 2720 kg, takeoff weight 6520 kg, a maximum speed of 1070 km/h, the ceiling is 14 800 m, armament — six 12.7 mm machine guns.