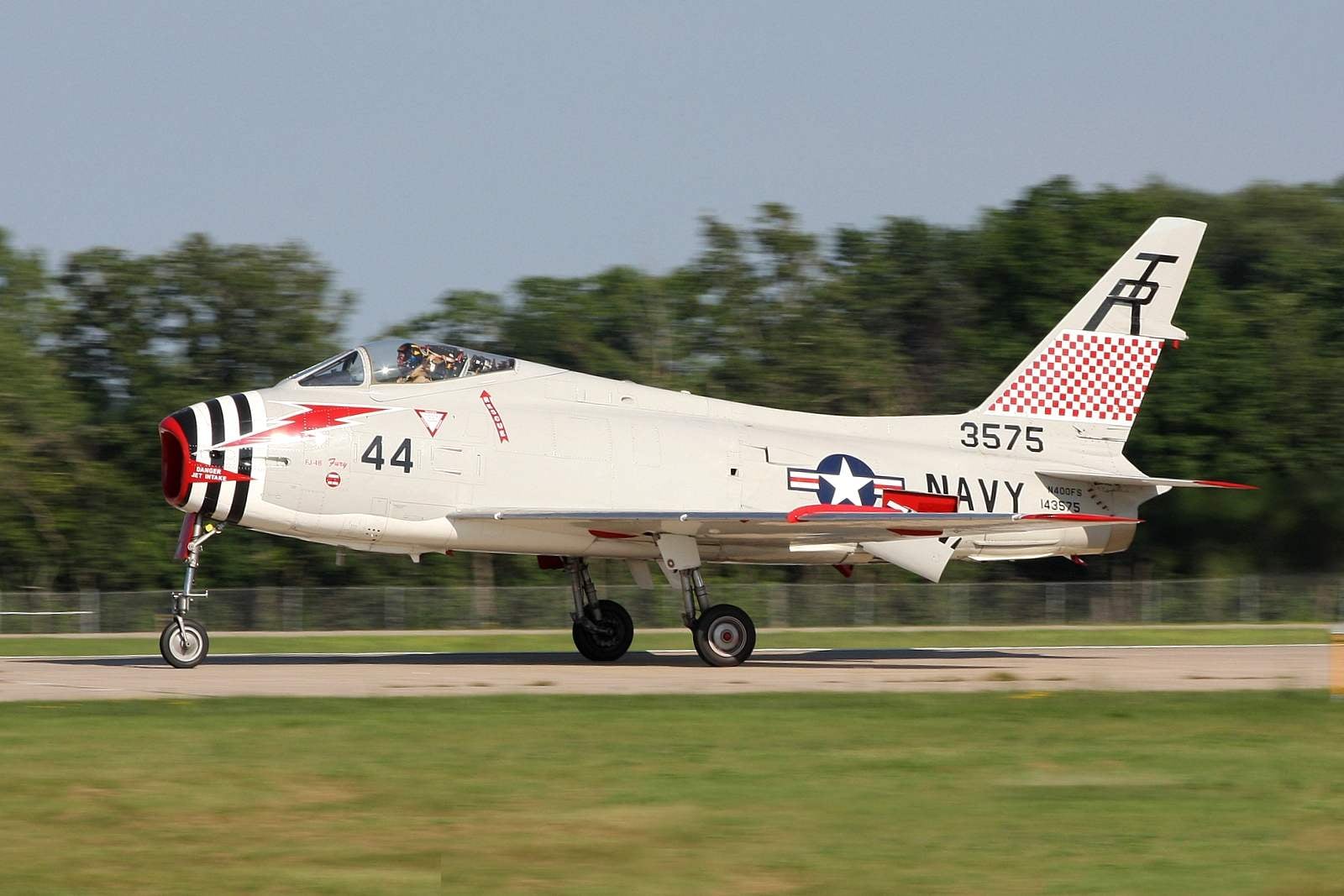 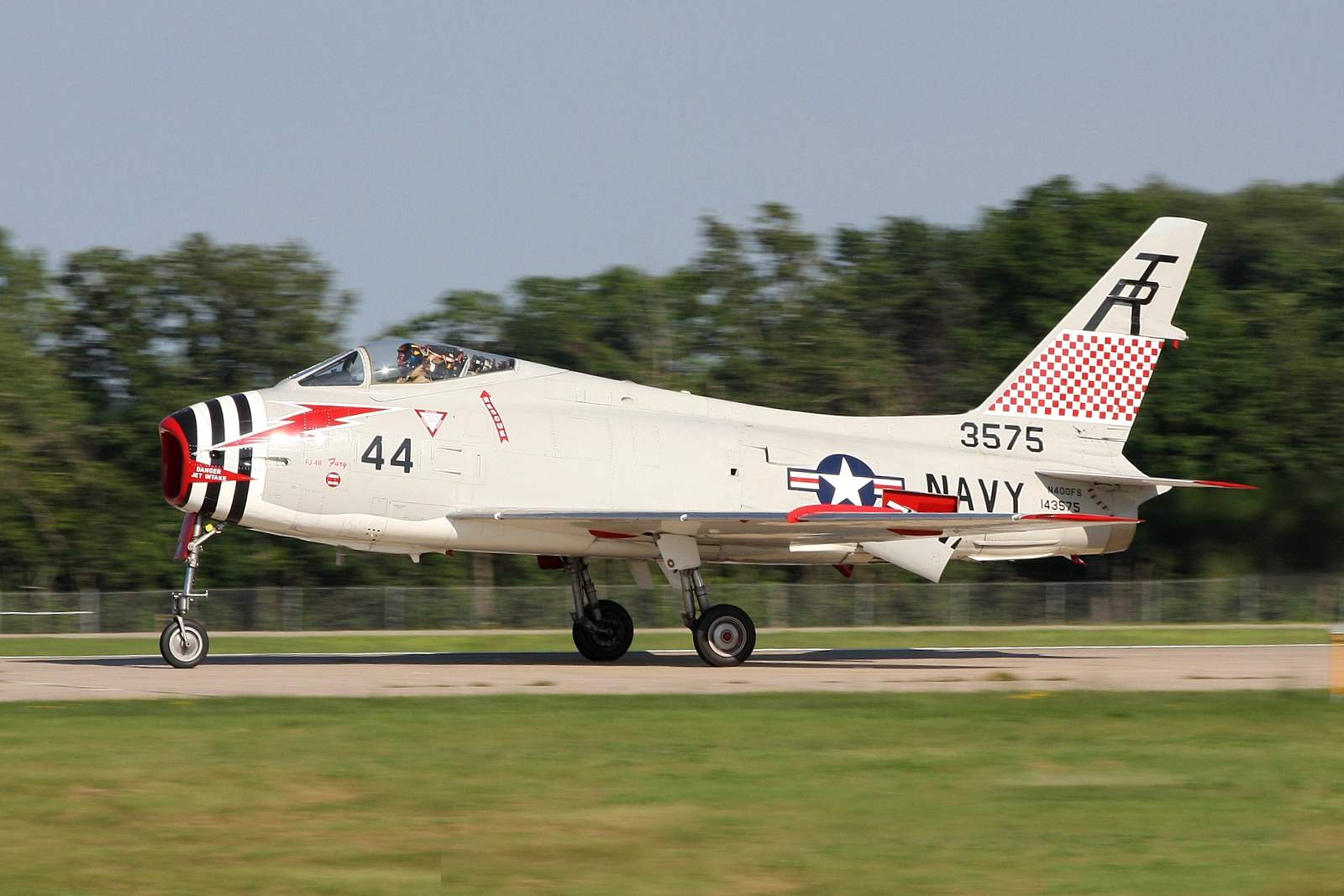 The development of carrier-based jet fighter with the designation F1J firm North American beginning in the years of the Second world war. It was the car with straight low wing and front air intake. First fighter in the series did not go, but he soon interested the air force leadership, which planned to use it as a front-line fighter.
After replacing the straight swept wing fighter called the XF-86. So came the famous F-86 SABRE (sabre, eng. — saber), widely known during the fighting in Korea and became a worthy adversary to the Soviet MiG-15.
At the same time on arms of the Navy was not a fighter, able to counter the Soviet MiG-15. Had the leadership of the Navy to order the company North American carrier-based version of the successful “land” fighter.
Upgraded SABRE adopted by the Navy, called the FJ-2 FURY (fury, eng. — fury). The first flight of carrier-based fighter took place on 27 December 1951.
Want to relax? Here is a good suggestion.
Test flights from the aircraft carrier “midway” and “coral sea” has revealed many deficiencies in the new carrier-based fighter. Two years later, the company released an upgraded version of the aircraft, the FJ-3. A car, a wing of increased area, the fuel tanks of greater volume and a new engine with increased thrust. In this form the aircraft was put into service.
A modification of the fourth naval fighter FJ-4 was distinguished by a new wing, increased fuel capacity and a new engine. Changed machine, and outwardly it appeared overbuilt fairing. The aircraft was also produced in fighter-bomber version — the FJ-4B. In addition to the cannon armament of a fighter plane used guided missiles “Sidewinder” and “Bullpup”. FJ-4B FURY could also be used as a carrier of nuclear bombs.
NORTH AMERICAN FJ-3M FURY: the length of the plane 11.45 m; wing span 11.3 m; wing area 28,09 sqm; empty weight 5536 kg; normal takeoff weight 7797 kg; maximum takeoff weight of 8626 kg; maximum speed 1096 km/h; climb rate of 43 m/s; practical ceiling 13 700 m; the maximum range is 1593 km; the mass of load-1000 kg; armament four 20-mm cannon.