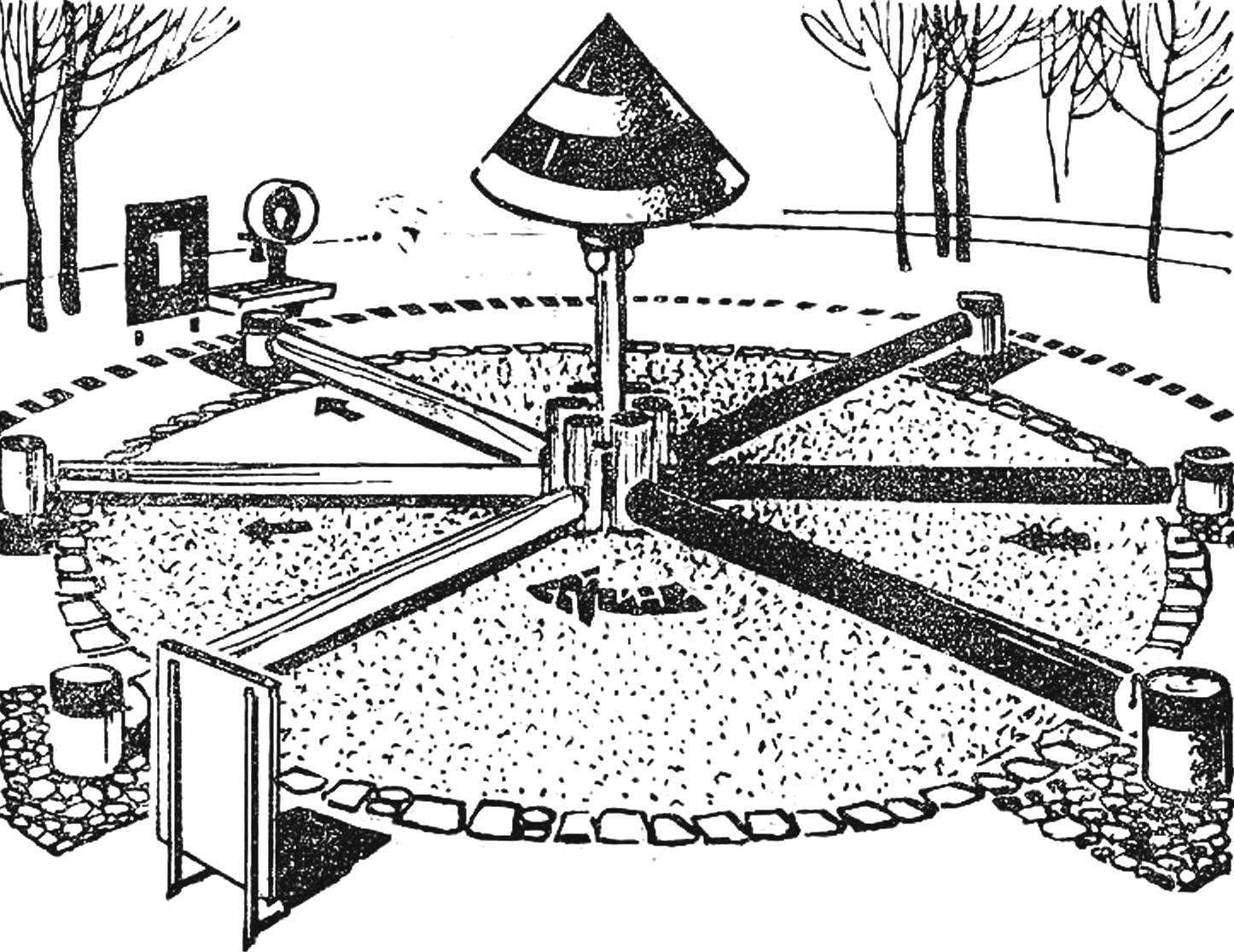 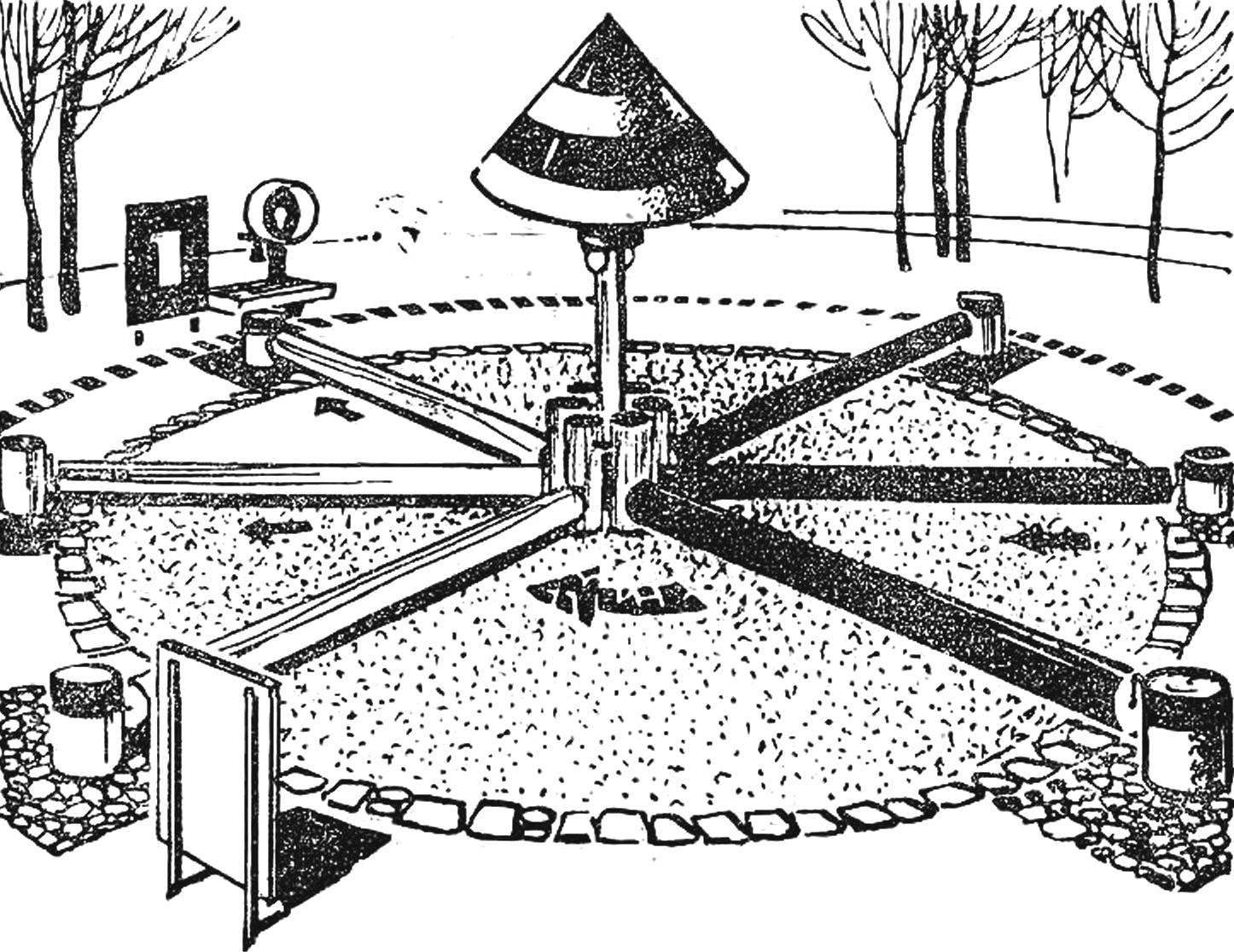 Go boom — thin, smooth beam… It should be able to every athlete: gymnast, climber, biker. Any air commando runs at him with the same ease as though walking on level ground.
It would seem that the simple thing to run a few yards in a straight line from prop to prop. But without skill, without a developed sense of equilibrium, without a lot of training going.
That’s why swinging boom — a simple but very effective device (see figure). It is suitable for children of any age. The risk of getting hurt when falling is minimal, but what an excellent exercise for someone at least an hour a day of exercise on this apparatus.
So, for the cause. Find a level surface, preferably dusted with sand or overgrown with grass. Mark on it a circle with a diameter of 8-10 m. In the center Wapiti post-fungus, and it will strengthen the lamp switch should be at a height of 1 m. you Can use a light bulb pocket lamp powered battery 3336L. 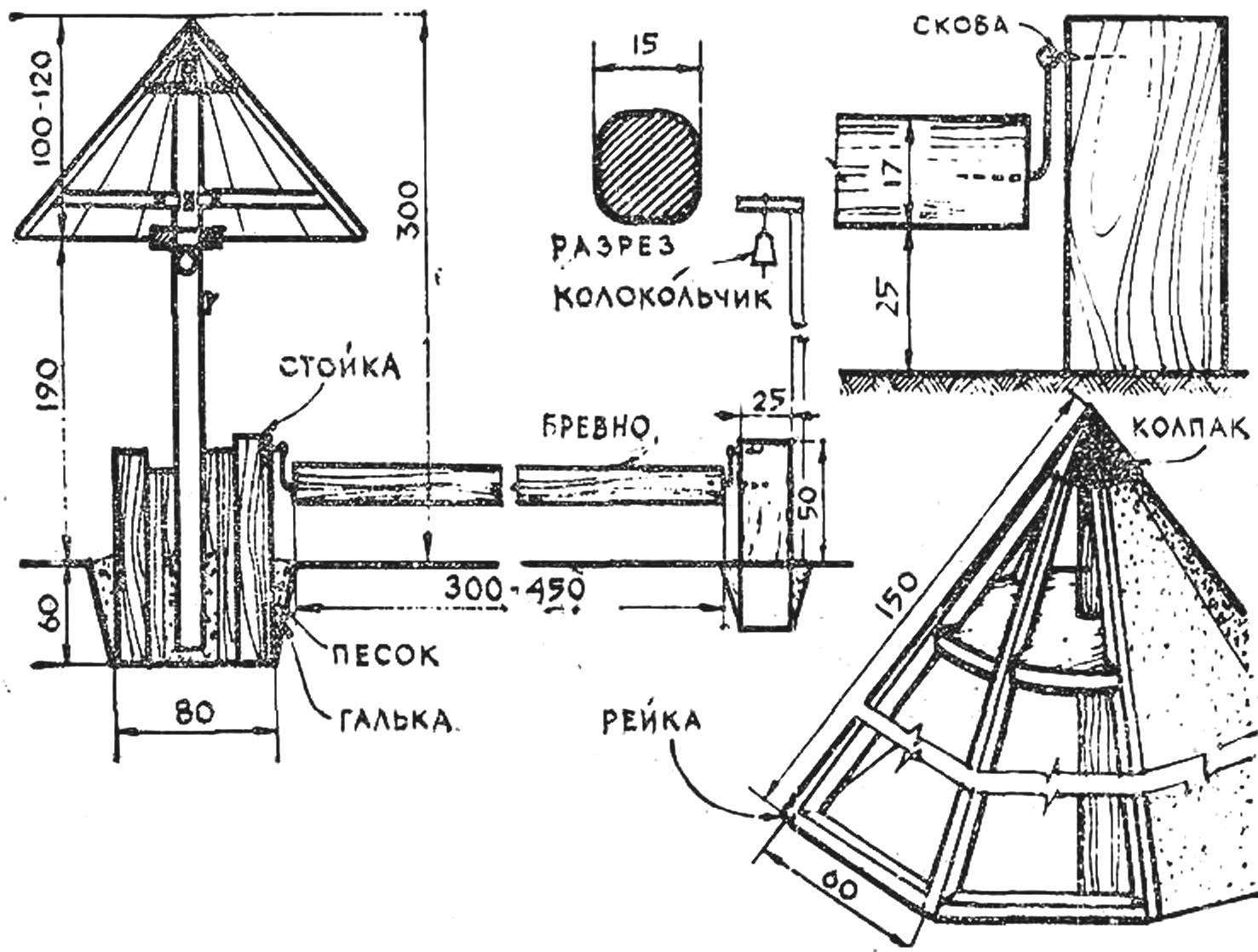 Around the circumference of the platform kopite six pillars stumps, they will be mounted on special brackets of the log — booms at a height of about half a meter from the ground. Three side by side suspended boom — thick, and the three opposite — thinner. On stands placed at the ends of the thin booms, hang the bells. That’s all the device.
And now the game. Three participants start from the ends of thicker booms and reaches the center. The first includes the light bulb, the second turns off, and the third includes again. The next task is to move to the opposite thin log, the first to run to the end and ring the bell.
What is the prize for the winner — it is a matter of imagination of the organizers.
V. STRASHNOV, architect