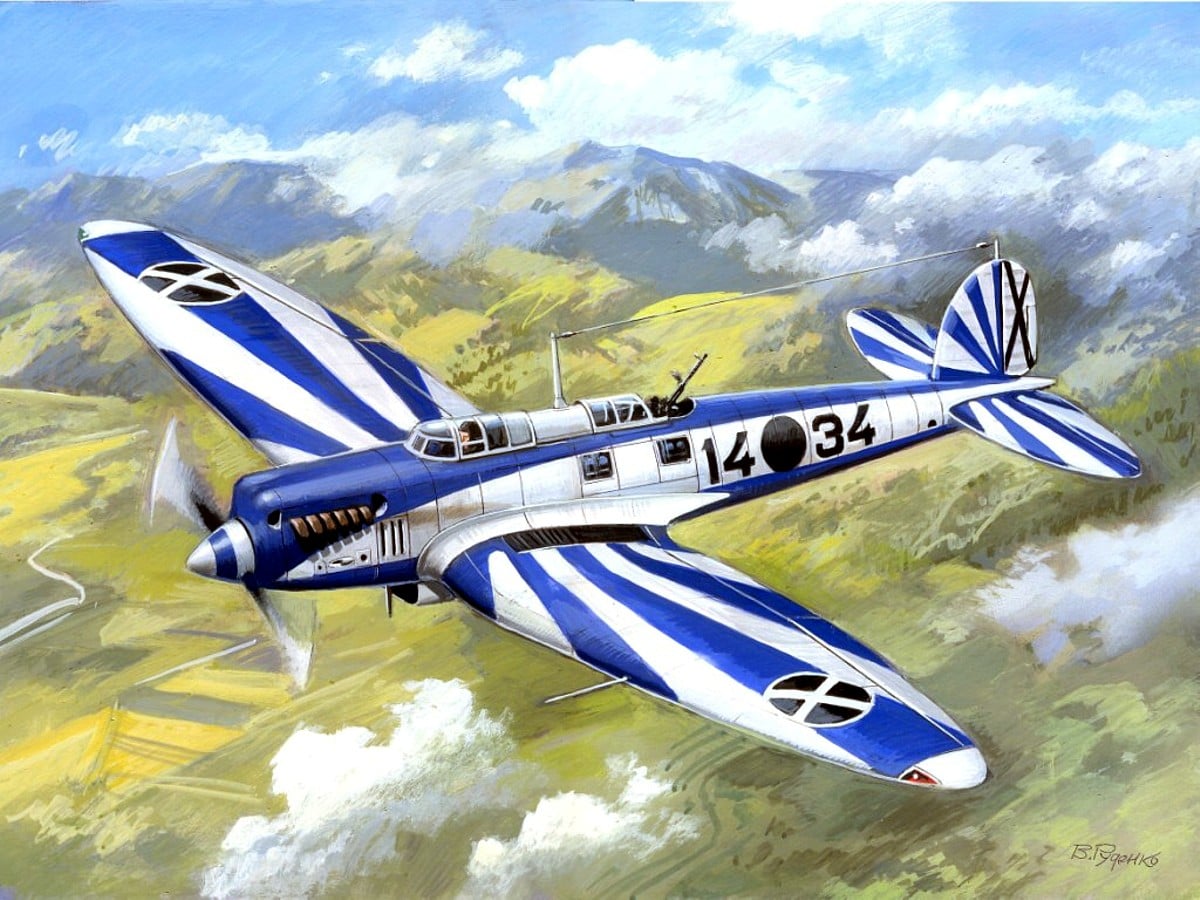 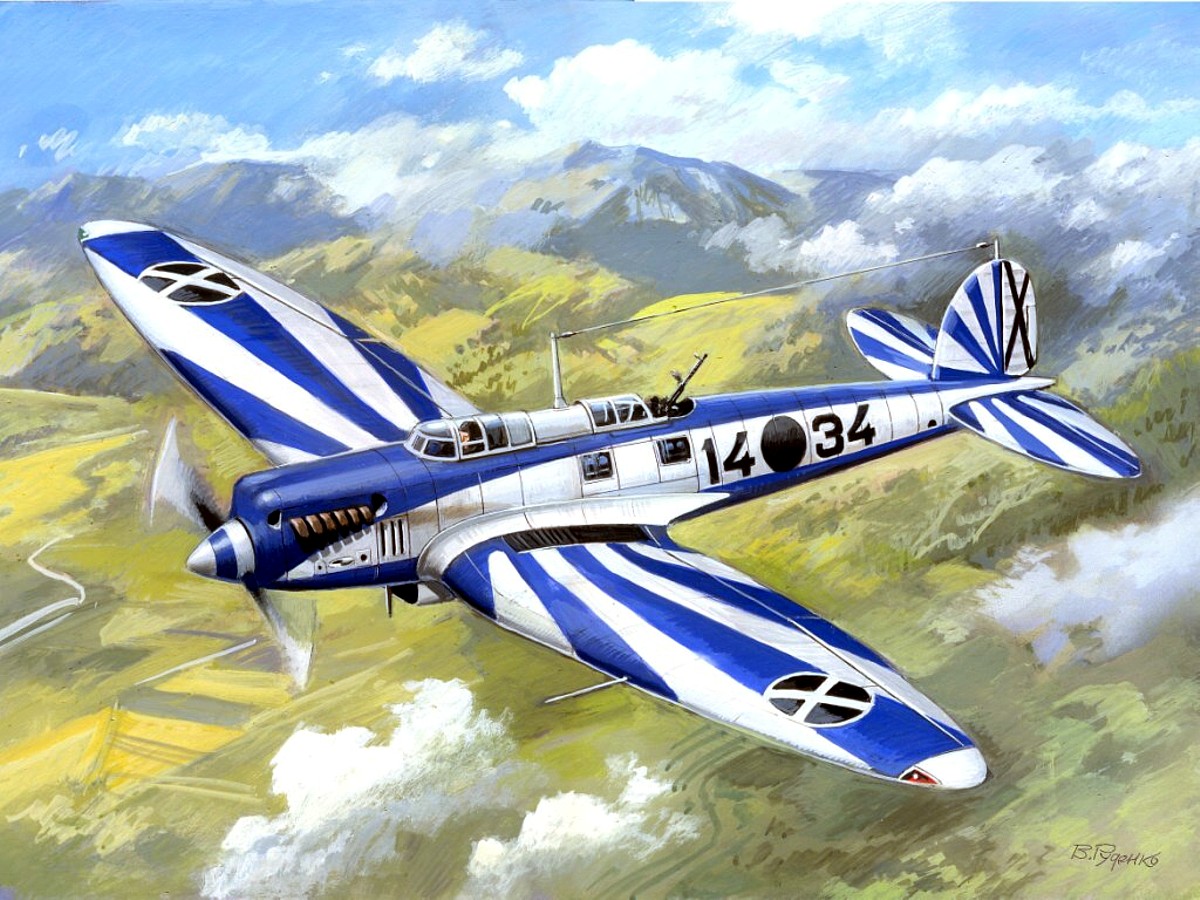 High-speed scout-bomber-70 BLITZ. One of the most famous planes created by the German firm Heinkel (Ernst Heinkel Flugzeugwerke GmbH) in the early 30-ies of the last century, became a high-speed scout-bomber Not-70. Its development was initiated by Lufthansa, which sought to acquire passenger aircraft, surpassing its characteristics are an American six-seat machines ORION 9 Lockheed company.

A passenger with the speed of a fighter these Germans machine was created by designers of firm Lockheed in 1931. Plane ORION 9 they managed to combine all the best that was laid in the two most successful cars of the same company — VEGA and ALTAIR. From the first used the fuselage and the second wing and the chassis. To increase the flight speed of the motor with radial cylinders are closed by the annular hood. Top speed was very high for the passenger car — 330 km/h.
The first flight of a “hybrid” took place in early 1931, and in may the car got on the line. Only the company has built 35 ORION aircraft of various modifications.
In the spring of 1932 an American plane appeared in Europe. It immediately drew the attention of not only passengers, but also representatives of European airlines. The machine speed made an impression on the managing Director of the largest German airline Lufthansa Erhard Milch (future Deputy Herman Goering). He immediately demanded that the firms of Heinkel and Junkers, who worked on the development of light passenger aircraft, to make changes to projects with the Aim of improving the speed characteristics of these machines.
The Junkers firm was in dire economic Straits, and its leaders decided to first bring to the airworthiness of the aircraft is almost ready Ju-60, to implement several instances of this plane and then using the profit to improve its aerodynamics.
The engineers at Heinkel brothers Gunther acted differently. They stopped work on its passenger plane in a 65 and started to design a completely new car. The construction of this plane, called the Not-70 was completed on 14 June 1932. Without waiting for approval of the project, the management firm ordered to start Assembly of the first sample of the machine. And four months later the finished aircraft rolled out of the Assembly shop of the plant in Warnemunde.
Not-70 was significantly different from the usual passenger aircraft of the time. Long thin fuselage, elliptical in plan, the wing and tail, retractable landing gear, extremely clean aerodynamic shape — all in the car talking about its speed capability. In addition, this passenger aircraft was powered by a 630-horsepower engine BMW VI 6.0 Z — a stood for… Not a fighter-51. New car, piloted by Werner Subtle rose into the air on 1 December 1932. Flying about 80 km, it successfully landed at the airport in travemünde. The chassis in this flight had not been cleaned.
The second prototype is Not-70 was finished in February 1933. At the beginning of the test when flying from travemünde to Berlin-70 reached a speed of 375 km/h, 45 km/h exceeding the maximum speed of the American plane ORION. Another month of record car was transferred to Lufthansa under the designation of Non-70A.
Manned flyug-captain of Lufthansa with Antichthon, the plane set eight international records for speed at distances from 100 to 2000 km with a load up to 2000 kg. the Most significant of these was the speed record of 355 km/h at a distance of 100 km with a load of 2000 kg. to estimate the speed of this passenger cars, it should be recalled that the maximum speed of the latest British fighter Gloster GAUNTLET of the firm was only 15 km/h more. However, the comparison is not entirely correct: because GAUNTLET was a biplane. However, a passenger jet flying with a speed of a fighter, could count on an enormous commercial success. 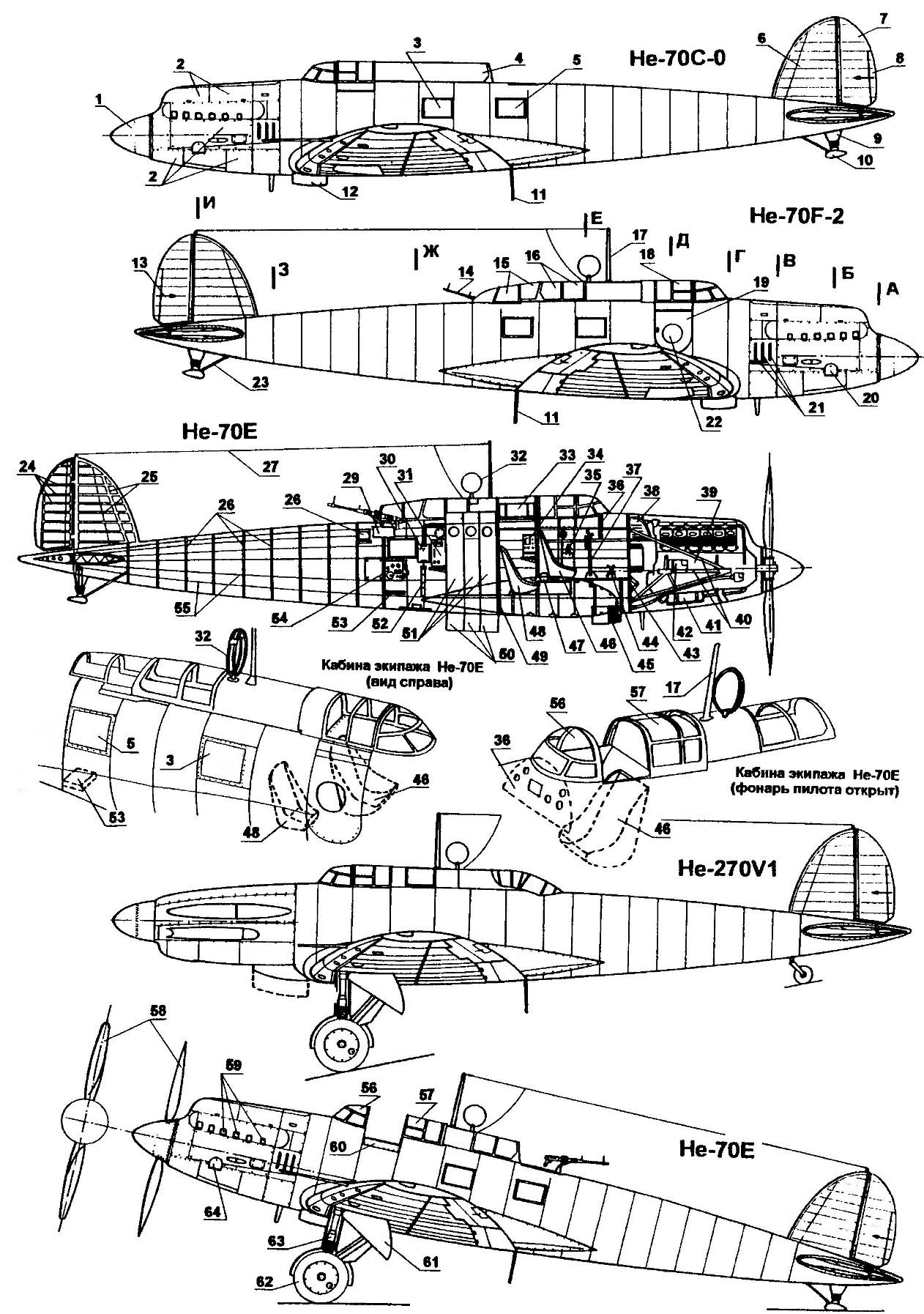 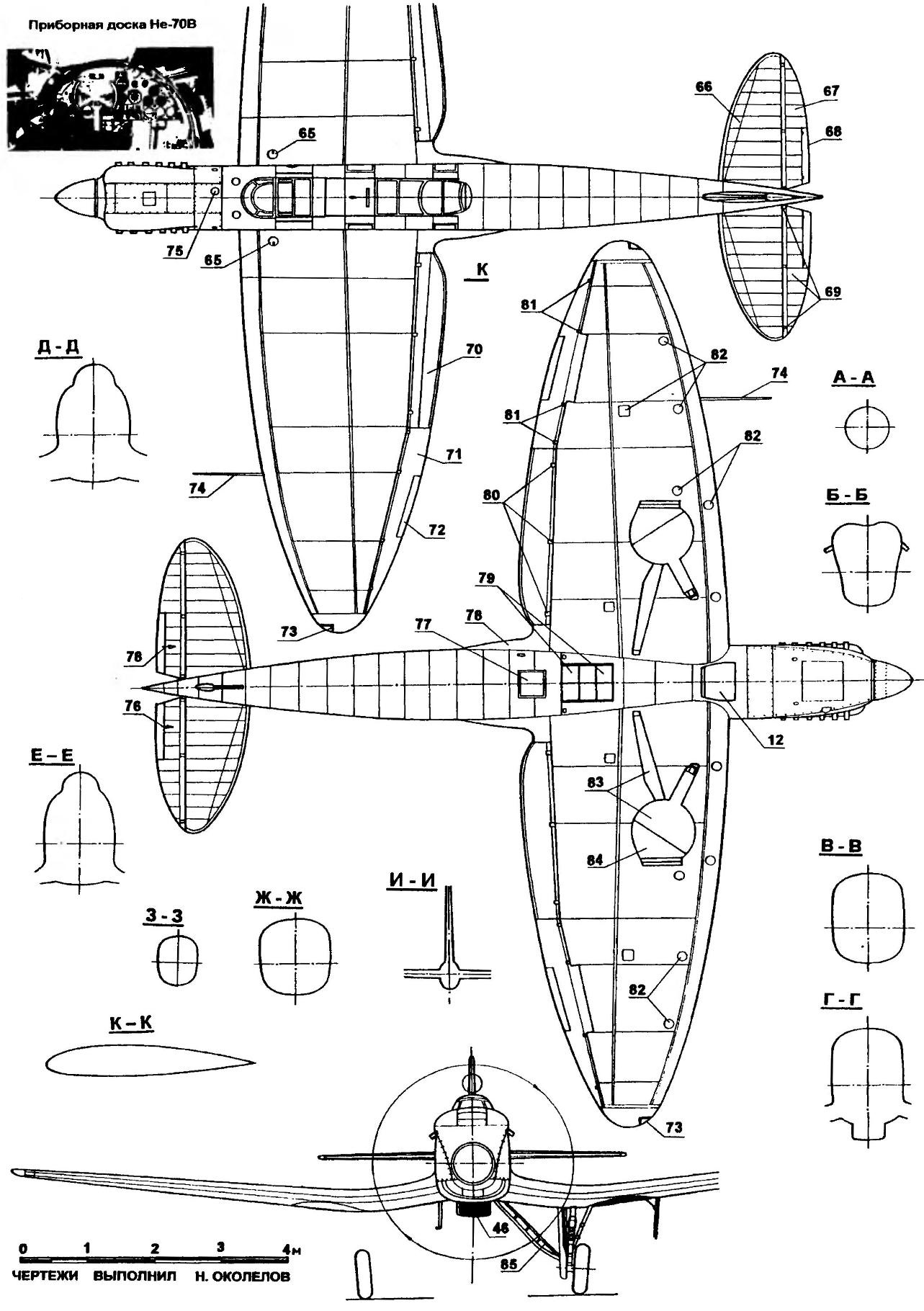 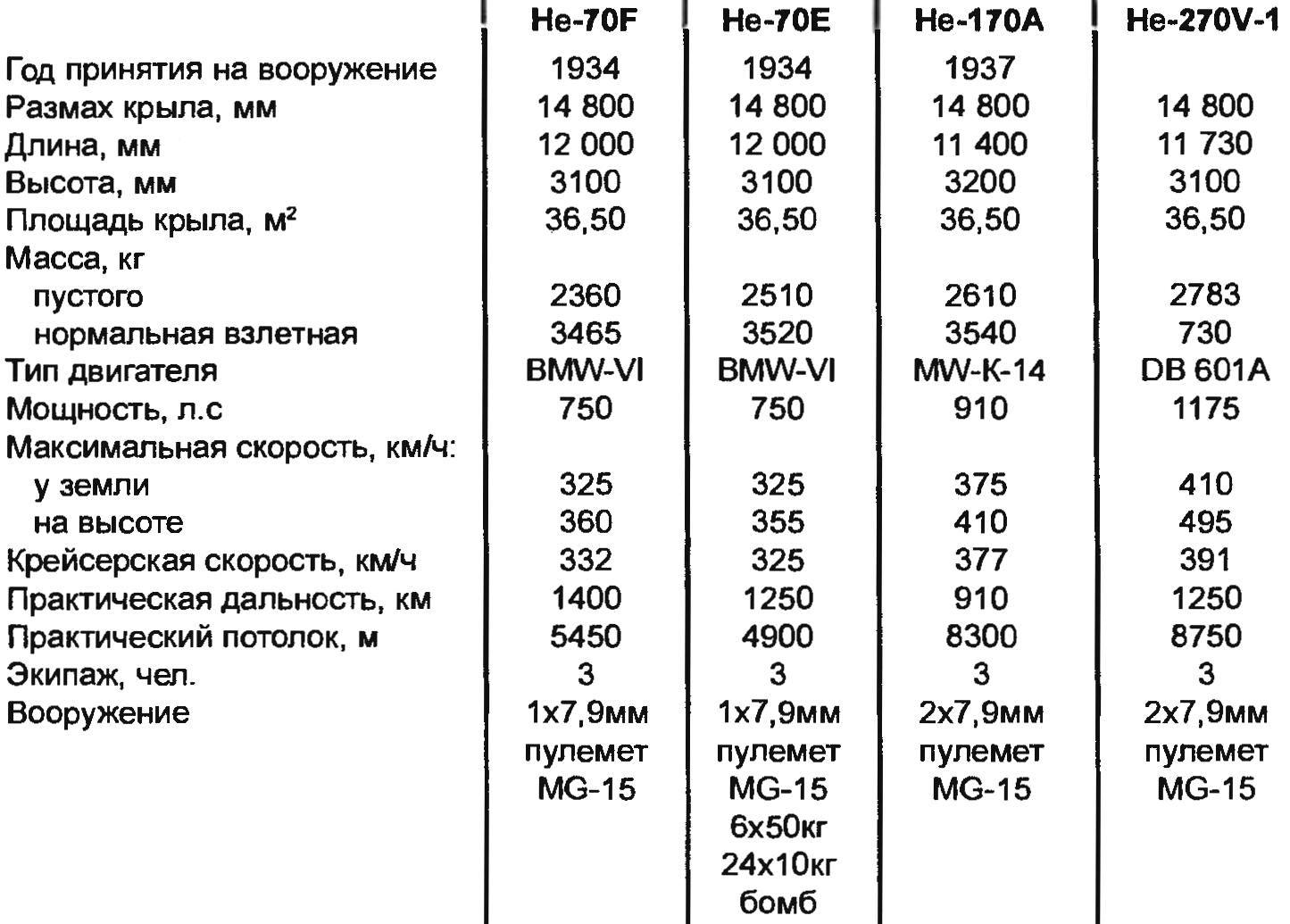 The power plant of the aircraft consisted of inline 12-cylinder liquid-cooled engines BMW-VI7.3Z with a capacity of 750 liters .with. with two-bladed metal propeller with a constant pitch; a later modification of the aircraft is Not-Not 170-270 was equipped with a three-blade metal propellers variable pitch in flight. The motor had the exhaust manifolds instead they had individual exhaust pipes.
The engine was mounted on steel tubular Motorama using rubber anti-vibration pads. The water tank was fixed on force fireproof bulkhead, oil tank—motorhome under the engine. Remove using a rope system, the radiator was located in front of the power frame.
The armament of the aircraft consisted of defensive 7.9 mm machine gun MG-15 with ammo 450 rounds (six stores) installed on a movable pivot mounting in the cockpit the radio operator and bomb armament. Bombs (6х50кг or 24х10кг) was placed vertically in the fuselage bomb Bay.
A. CHECHIN, N. Food reserve was, Kharkov