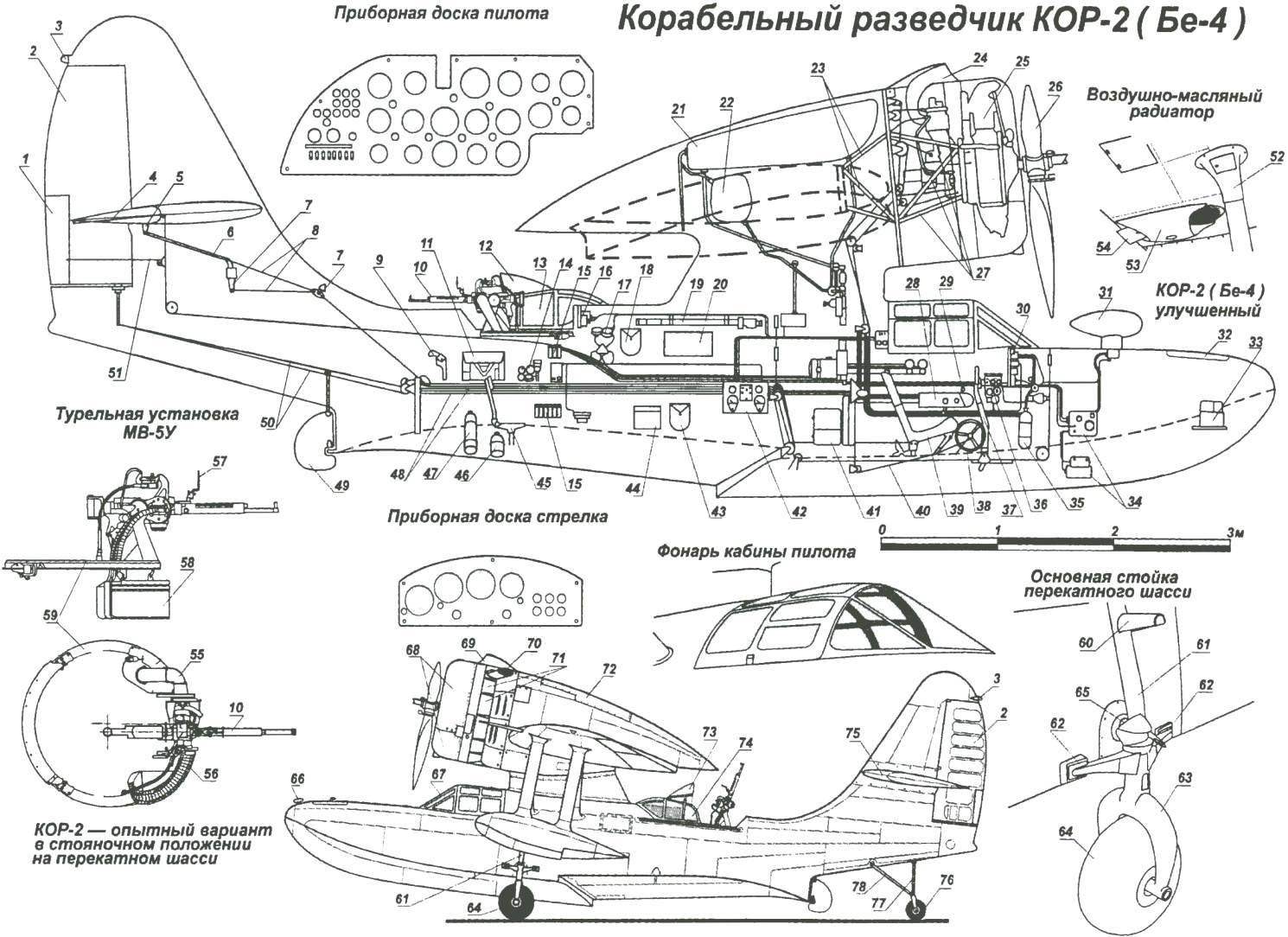 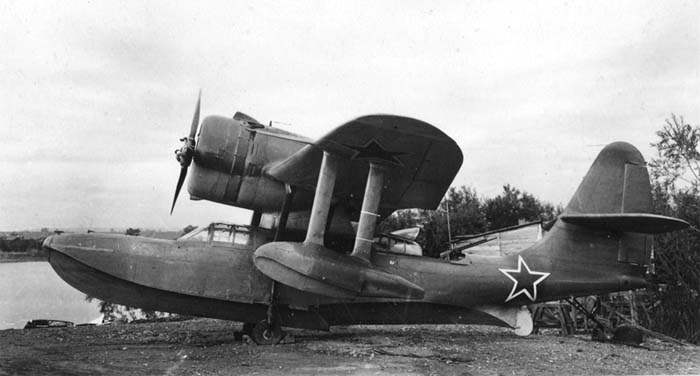 Catapult seaplane-scout KOR-2 (be-4)
In the 10th frame was built watertight door connecting the cockpit and Navigator. The space Navigator with installed turret machine gun to protect the rear hemisphere was located behind the pylon. To protect the shooter during firing machine gun mount were closed by a movable screen. The co-driver seat under the turret for swinging the bracket could adjust the height. In front of the seat in the floor and the bottom of the boat there was a hatch over which is mounted the heel to fasten a bombing sight OPB-1M.
Before the turret was the dashboard Navigator, which are placed on the altimeter, speed indicator, clock, multi-meter. On the right side of the cockpit of the Navigator was assigned to the Central switchboard, the radio station RSRM-3, electrovaporization, camera AFA-27T and first aid kit. On the left side of the cabin were brackets in the stowed position of the sight OPB-1M, sextant, compass A-4, SPU-2, oxygen device KPA-3, bag with intercom system, bag for portable lamps, signal flares, a flare gun (flare gun), a bag with navigational facilities, air navigation drawer for six bombs and two rocket parachute PAR-13.
In the free space between 10 and 12 frame kept the bag with an emergency supply of food, a container of drinking water pump for pumping water, hand pump, signal flags and a container of spare parts to the station. In the rear compartment of the boat installed the fin and stabilizer control surfaces.
The basis of the power plant of the aircraft was the engine M-63 (or M-62), was connected via rubber shock absorbers. It also included fuel, oil and fire system. The engine M-63 air — cooling single-row radial arrangement of cylinders, direct drive screw, and a two-speed supercharger. Power M-63 on takeoff— 1100 HP
On the machines of the first series of engines were equipped with three-bladed metal propellers variable-pitch AV-2-4, later — the screws VISH 105-62.
Engine mount truss, welded from hromansilevyh tubes followed by heat treatment. Hood type PASS is fully closed the engine. Cooling air was regulated by a cooling jacket. The fuel system included two tested fuel tank, shutoff valve, filter, manual fuel pump and pipelines. Main fuel tank capacity of 410 litres and secondary capacity of 120 liters was installed in the fairing of the engine. Tanks are welded of aluminum alloy AMC, and for the rigidity they had internal power set of profiles and partitions.
The oil system consisted of a tank, radiator, drain cock and pipe. Tank capacity of 56 litres, brewed from AMC, has been mounted on Motorama behind the firewall.
Fire safety system, in addition to the fire extinguisher at the fire wall, had the wiring to the fire assemblies — the engine, the carburetor, benzarone. For giving effect to turn the valve on the cylinder with carbon dioxide, located on the left side in the cockpit.
Wing — scheme “reverse gull”, two-spar, with working trim, consisted of a center section and two consoles, which for easy storage on the deck of the ship was performed foldable. The installation angle of the wing 5 degrees. Console had a transverse V at the toe of the wing is 4 degrees, and center — back cross V equal to 7°13″.
A wing fixed to the pylon, which is structurally made integral with the boat.
The profile of the wing PAZ-22. The relative thickness at the root of the wing 13.85 percent and at the ends is 9 percent. To improve the landing characteristics of the wing of the aircraft were fitted with flaps of the type shrank, consisting of five sections — three were located in the center section and one for consoles. The plane’s ailerons had axial compensation. The frame of the Aileron consisted of a spar and rib truss type. 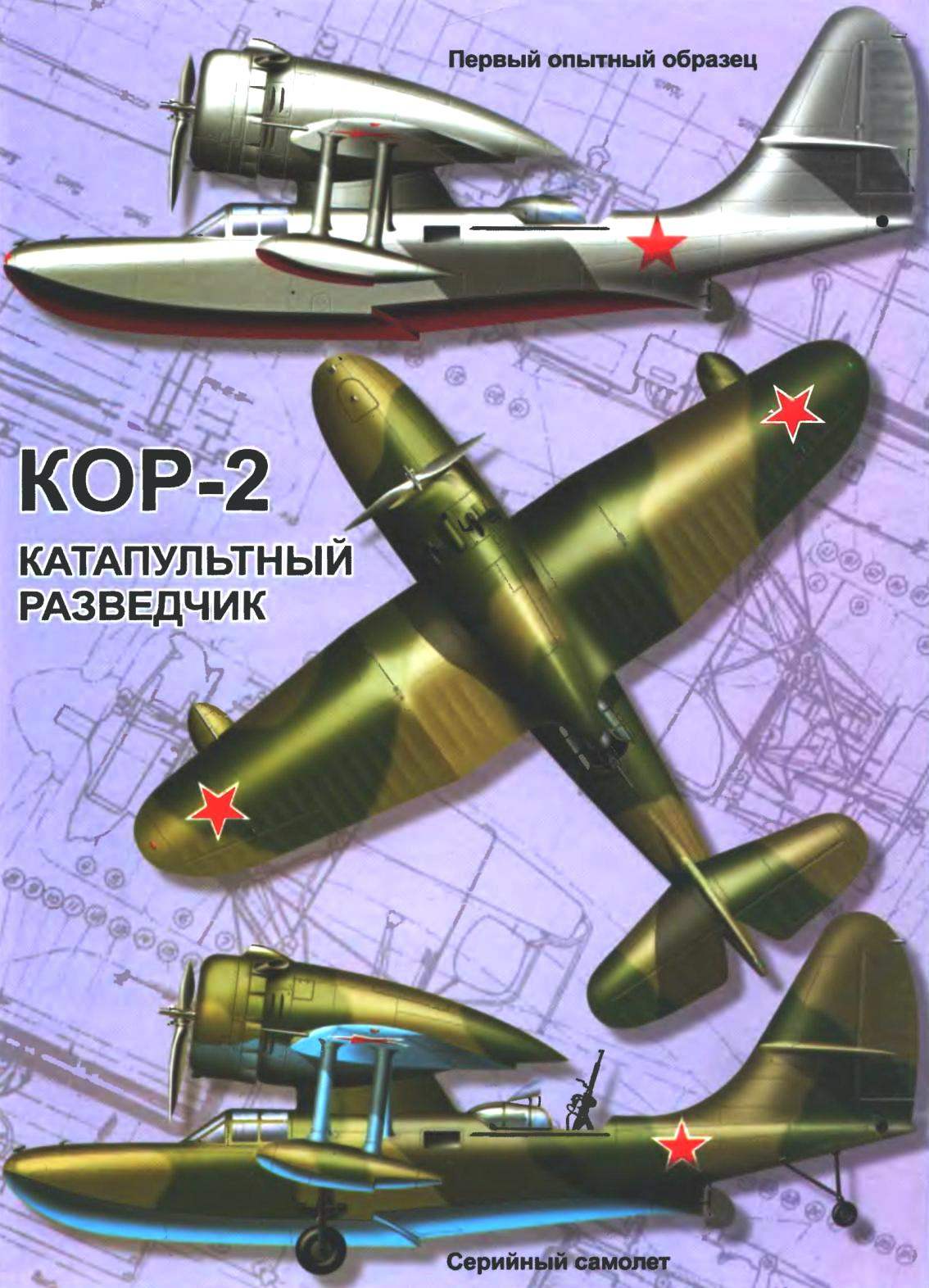 The shanks of the wing center section, ailerons, and tail rudders were covered with fabric, the rest of the wing had a duralumin casing with a thickness of 0.8 to 1 mm. the front of the Aileron to the spar was made of sheet aluminum with a thickness of 0.8 mm, and the back of the canvas.
To ensure lateral stability of the aircraft afloat on consoles of the wing mounted underwing odnorodnye floats, mounted on two streamlined struts. Floats the standard design, their frames made of a set of extruded aluminum profiles and sheet duralumin covering. To lift the flying boats on Board the ship in the center section had four eye. Slings for lifting was made from steel cable and placed in the free volume of the nacelle.
Empennage cantilever, the standard scheme. The keel was performed as a single unit with the rear part of the fuselage. The stabilizer was firmly fixed on the fin. The installation angle of the stabilizer +3°30″. The stabilizer and fin have the same design and consisted of two spars, a set of ribs and stringers. The covering of the tail—dural.
Rib — truss; socks them stamped from sheet material. Socks rudders were trimmed with sheet aluminum, back — cloth. The handlebars had axial aerodynamic compensation. To reduce the effort on the pedals and stick control of the rudder and elevators were supplied with trimmers. Ruled trimmers with the help of the knob installed in the cockpit.
The aircraft control system mixed the ailerons and Elevator it was done with a pen and a tubular duralumin rods, and control the rudder — pedals and cables, which had adjustable stops to limit the stroke. Flaps retracted and released the controls mounted on horizontal pipe the pilot seat on the right side.
Motor control — from ORE that is installed on the left side of the cockpit. Water rudder is controlled by pedals.
Erratic chassis, used to move aircraft on deck or shore airfield consisted of a truck main gear and tail trolley. Chassis single welded structure, mounting was carried out to the front node of the strut of the wing on the boat and ejection to the axle with pins. Wheel type balloon, size 470×210 mm.
The tail trolley of welded construction. Mount to the boat was carried out at three points with pins. The tail wheel truck — type balloon, size 300×125 mm. the Changing direction of the chassis by using the handle mounted on the rear truck.
The radio equipment consisted of a radio RRM-3 and radiolucency RPK-2. The radio station was located in the cockpit of the Navigator. Receiver and RUNES RPK-2 was installed in the forward sections of the boat. Managing radiolocator implemented in Navigator’s cockpit. Internal communication between the pilot and the Navigator were maintained with the aircraft intercom SPU-2. The main source of electricity was on Board generator type GS-1000. The aircraft had a camera AFA-27T, which in the stowed position was located behind the seat of the Navigator.
The seaplane was equipped with a small and bomber weapons. Shooting consisted of two 7.62 mm ShKAS machine guns. Fixed a machine gun course was right on the flight in the bow of the boat, with ammunition — 500 rounds. The fire from it was led by the pilot, using sight PBP-1 on the dashboard in front of the windshield.
Flight characteristics of aircraft of COR-2 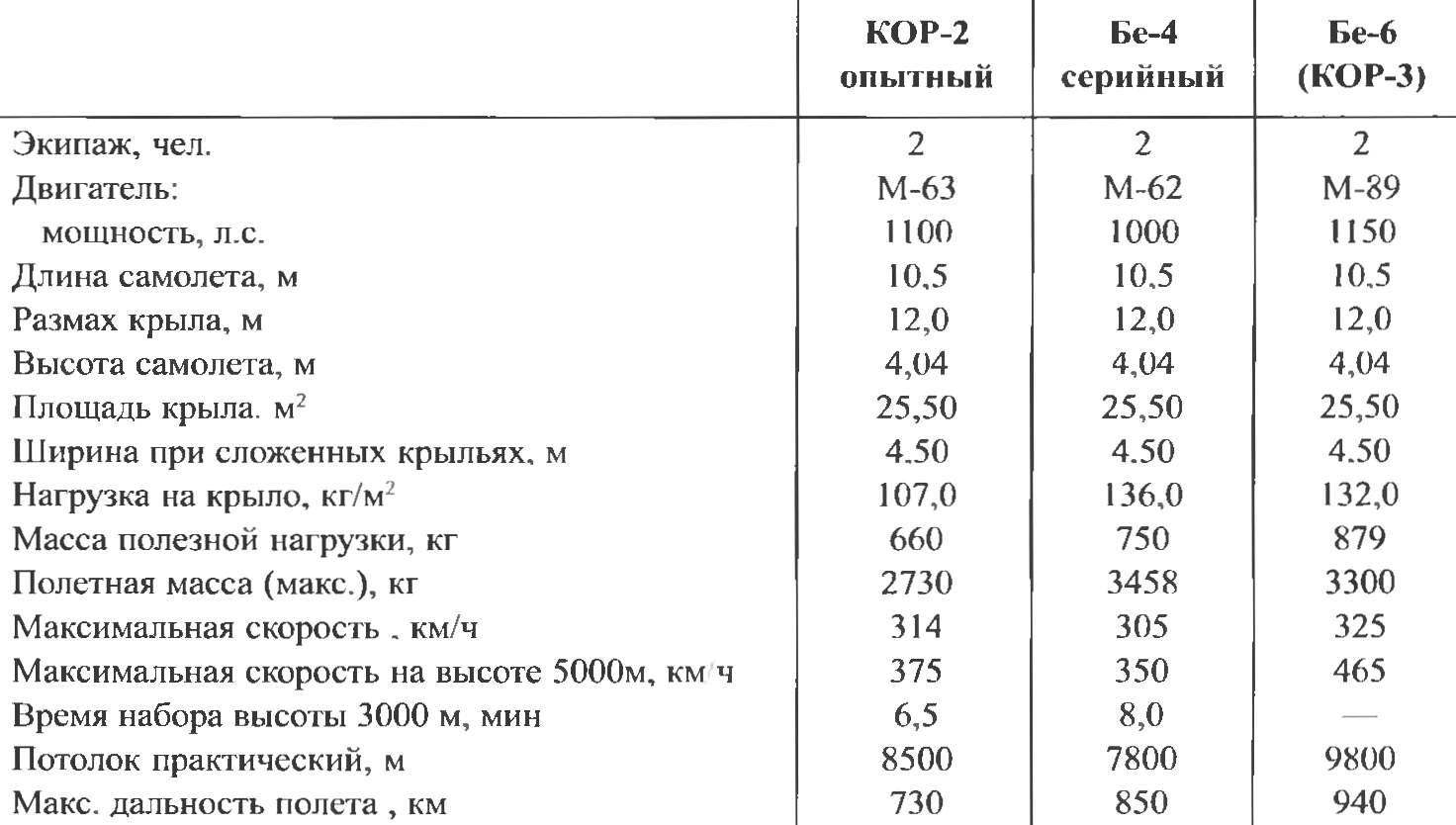 Turret MV-5U with a machine gun ShKAS ammunition 500 rounds was located in the middle of the boat over the cockpit of the Navigator. To monitor the results of fire and performance of training of firing on the plane could be chinafotopress PAH-22.
Bombs weighing up to 200 kg is suspended by means of locks D2-M two beam holders mounted at the junction of the center section and outer wing panels. Dropping bombs was operated by the Navigator using electrospecter ASBP-3P or pilot — with the help of emergency derailer. Aiming was done using optical bombsight OBP-1M. There are the following suspension options: two FAB-100, or two FAB-50, or four sub-25.
In the process of mass production of the weapons has changed. The bomb load was brought up to 400 kg, which has mounted two additional bomb racks. Provided for the use of four rockets RS-82. Turret MV-5U replaced by VUB-3 and mounted a heavy machine gun UBT.
N. Food reserve was, A. CHECHIN