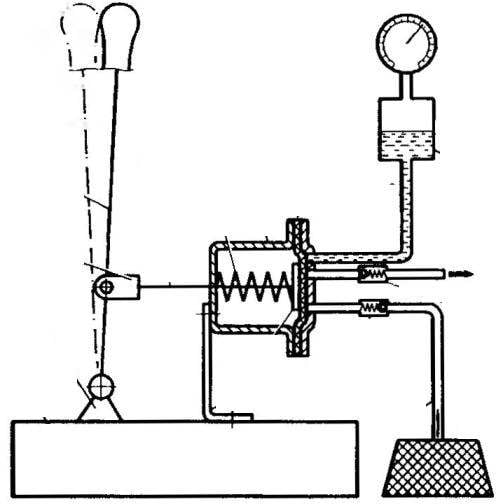 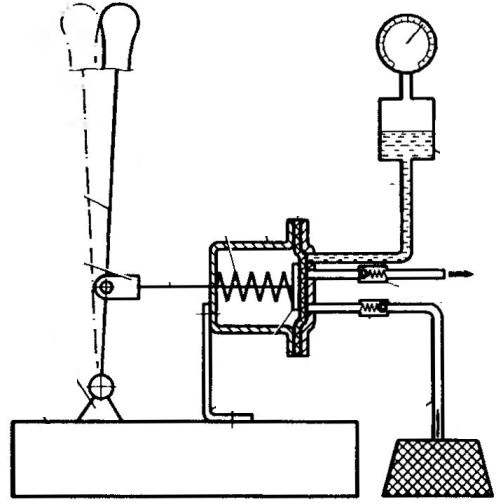 Ingenuity rural operators will not refuse. I had the opportunity again to be sure, when one major economy saw operating safely pumps made by local craftsmen from the brake cylinders from the truck ZIL-130. Such a cylinder could “work” in the pump, it is first disassembled. Having free access to the plate-washer, attached to it a diaphragm with two M6 bolts. After Assembly, between the cylinder housing and the diaphragm spring has left large diameter. In the cylinder cover I drilled two holes for the intake and exhaust valves.
Valves picked up ready — from agricultural machinery. And the bronze, rather than steel, as when pumping water past quickly would fail because of the intense corrosion.
To the third hole with a fitting attached to the tube of a steel air cylinder-size tin can with a capacity of 0,75 l from the Top I screwed a pressure gauge to monitor the cylinder equalizes the pressure in the pulsating fluid flow.
The cylinder is mounted on a special bracket screwed to the plate-base. Next to an articulated support arm attached to drive the pump in action. To the lever brought the fork to the rod of the cylinder.
When the shift lever left in the working chamber there is created vacuum. And the liquid is absorbed into the space between the chart and the cover. When the lever is returned to its original position, the liquid is pushed through the exhaust valve. This process helps the spring. 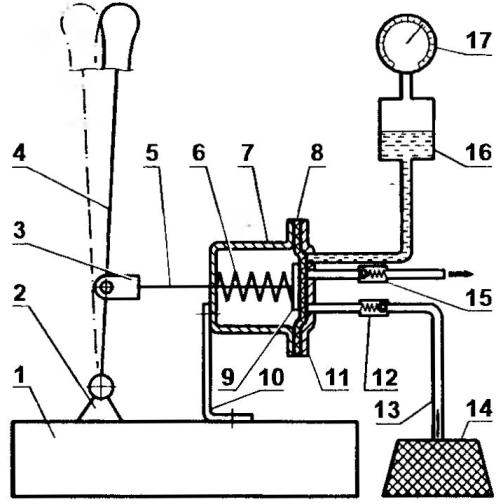 The pump circuit from the brake cylinder of the vehicle ZIL-130:
1 — the base plate; 2 — bearing arm; 3 — plug; 4 — lever; 5 — rod; 6 — spring;.? housing cylinder; 8 — diaphragm; 9 — plate; 10 — bracket; 11 — cap; 12 valve intake; 13 — suction pipe; 14 — intake liquid mesh; 15 — exhaust valve; 16 — air balloon; 17 — pressure gauge.
The intake has a filter, eliminating the blockage of both valves.
Of course, this pump can be powered and the motor (for example,through the eccentric). But if pumping petroleum products, under the diaphragm it is necessary to introduce a polyethylene film or oil-resistant rubber gasket.
A. TIMOSHENKO,
Feodosia