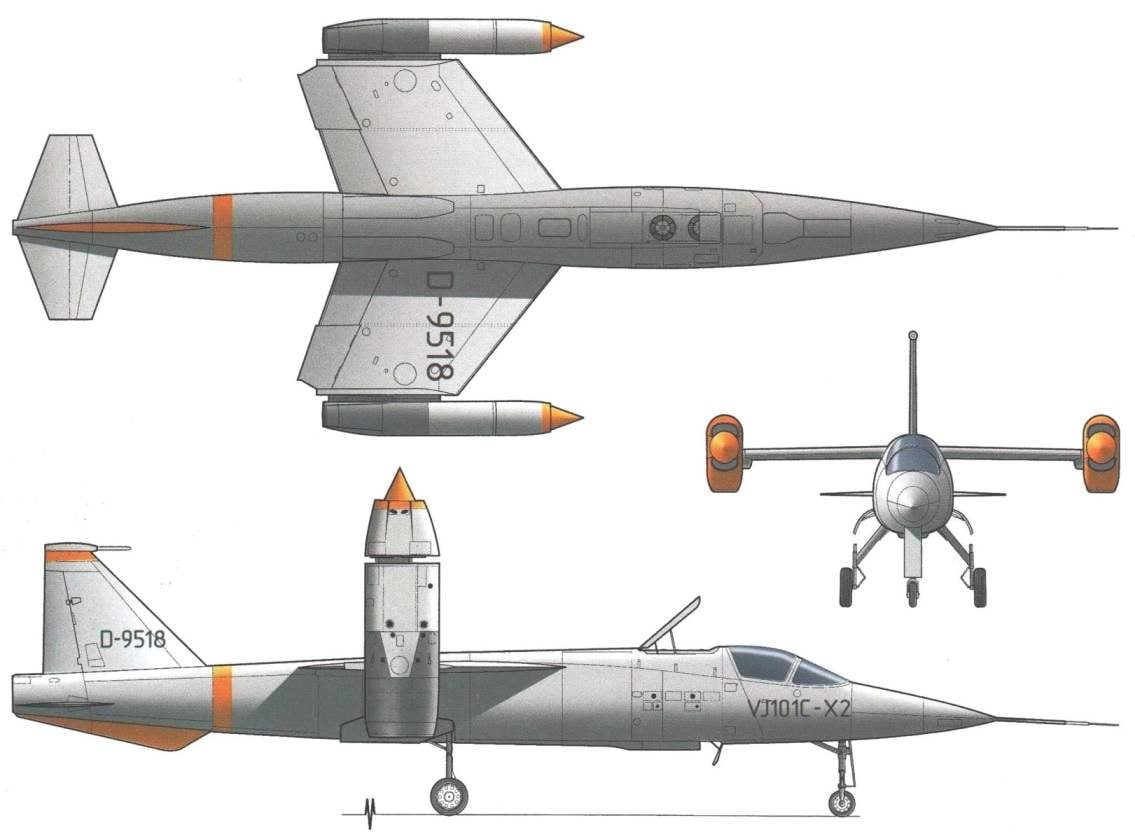 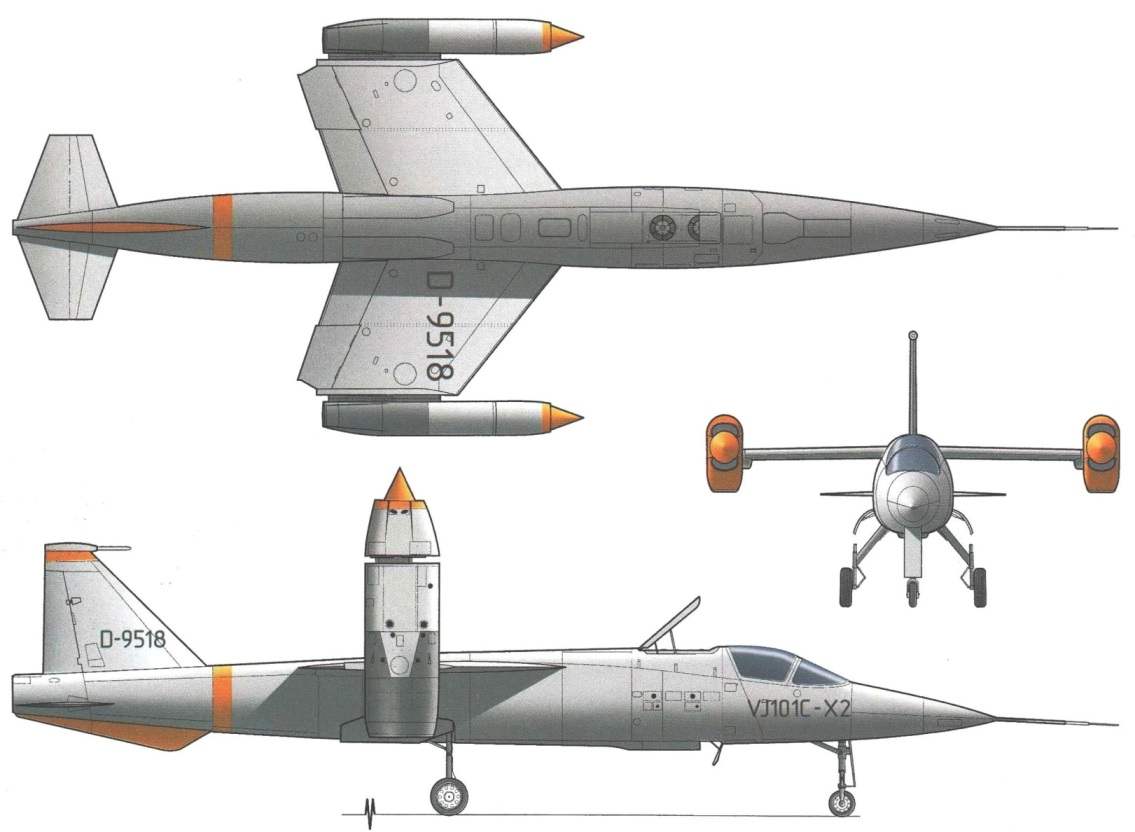 In the mid-fifties of the last century the theme of vertical take-off aircraft excited the minds of the designers and the military in many countries. Was no exception and West Germany. After graduating in 1955, G. ban on the development and production of military aircraft of the German defense Ministry proposed to create a modern fighter-interceptor. Research conducted a year later, the firm “Heinkel” and “Messerschmitt”, showed that for a fighter with a high supersonic speed will require a new, extra-long runway.

In the fall of 1957, the Ministry of defence added to the job additional requirements, including the ability of new machines to take off and land vertically, as the construction of new airfields — it is very expensive.

A contract for five prototypes was given in February of 1959 consortium Entwicklungsring Sud (“Entwicklungsland süd”), which received the acronym EWR, composed of the above mentioned firms, and also “Pups”.

When work on the project was already in full swing full swing, the concept of the interceptor began to undergo significant changes. The requirements of NATO strategy was to give the aircraft the ability to destroy enemy aircraft on the airbases. This task required the range and speed of flight at low altitudes, which causes a large reserve of fuel.

The project is combining EWR these characteristics are not possessed, and could not have, as it was originally designed as a fighter short range and intended mostly to replace the F-104 “Starfighter”. Bringing aircraft to the Luftwaffe the essential requirements of maintaining the capability of vertical take-off and landing on the level of development of aviation science and technology was not technically possible (although such a project and were studied under the designation VJ-101D), which the military in the mid-1960s have completely lost interest in the display of objects. 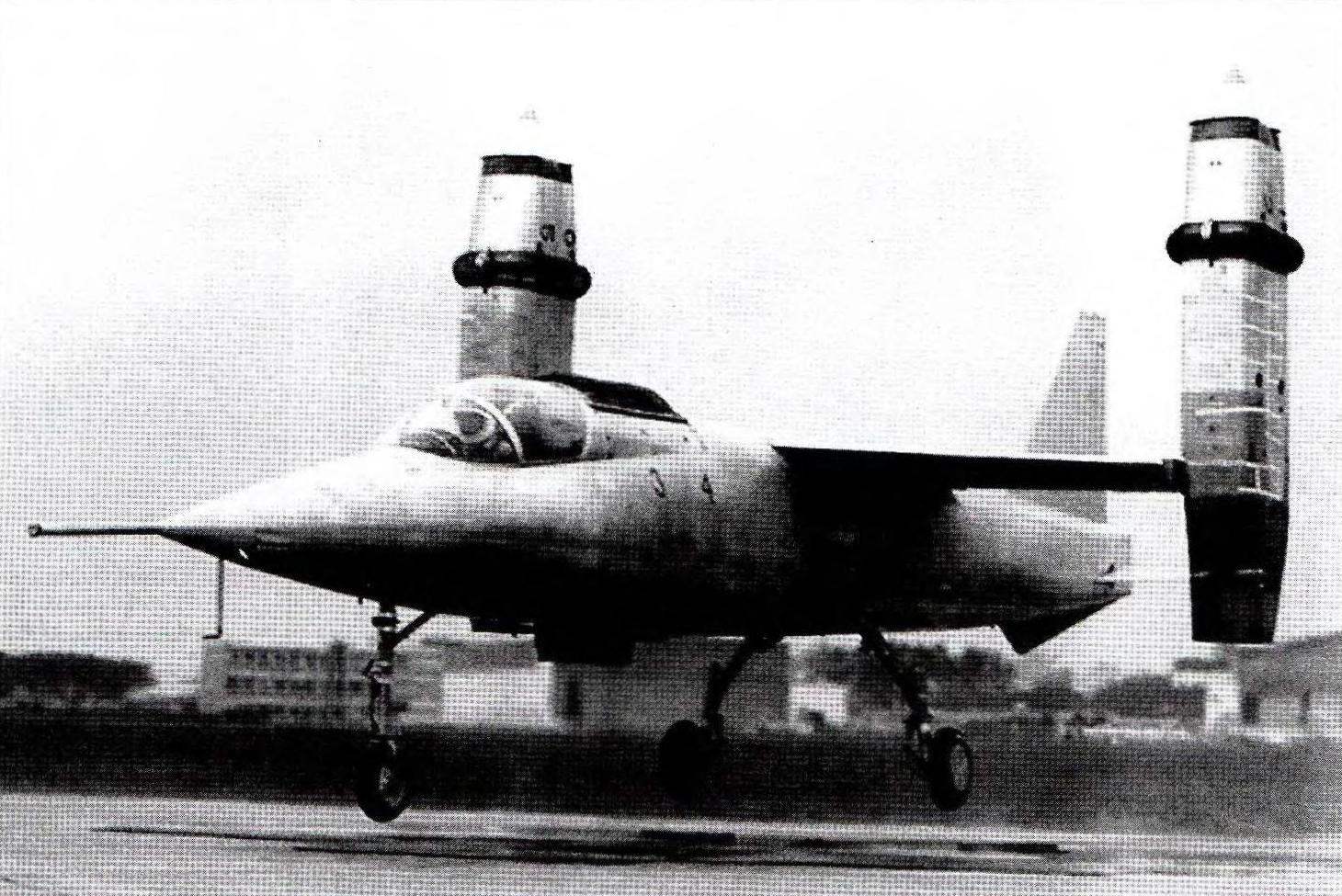 However, work on the new machine, known as the VJ 101 (VJ means Versuch-sjaeger — experimental fighter), continued. The basis was taken the project Heinkel he-231, was developed by Siegfried and Gunther in 1958 in accordance with the requirements of the Ministry of defense for the fighter vertical takeoff.

Loomed rather interesting aircraft fuselage and wing, in terms reminiscent of the F-104 “Starfighter”. Podyemnaya four engines were located in pairs in two pivoting nacelles on the wingtips, and two lifting — tandem behind the cockpit. The first prototype of the VJ-101 C1 — mounted six TRD “rolls-Royce” RВ-145 thrust of 1250 kgs each. On production machines it was planned the installation of more powerful RВ-153.

The development of the power plant was engaged in “rolls-Royce” and “MAN-Turbine”. During the work particular attention was paid to the design of the air intakes, as they had to provide the required air flow modes in supersonic horizontal flight, and landing modes. After researching several options, settled on the following. Upright the forward part of the nacelle along with a cone moves forward, creating a significant gap to increase air flow engines. During the transition to horizontal flight, the nose portion returns to its original position. Thus, provided sufficient air flow in a wide range of dynamic pressure. 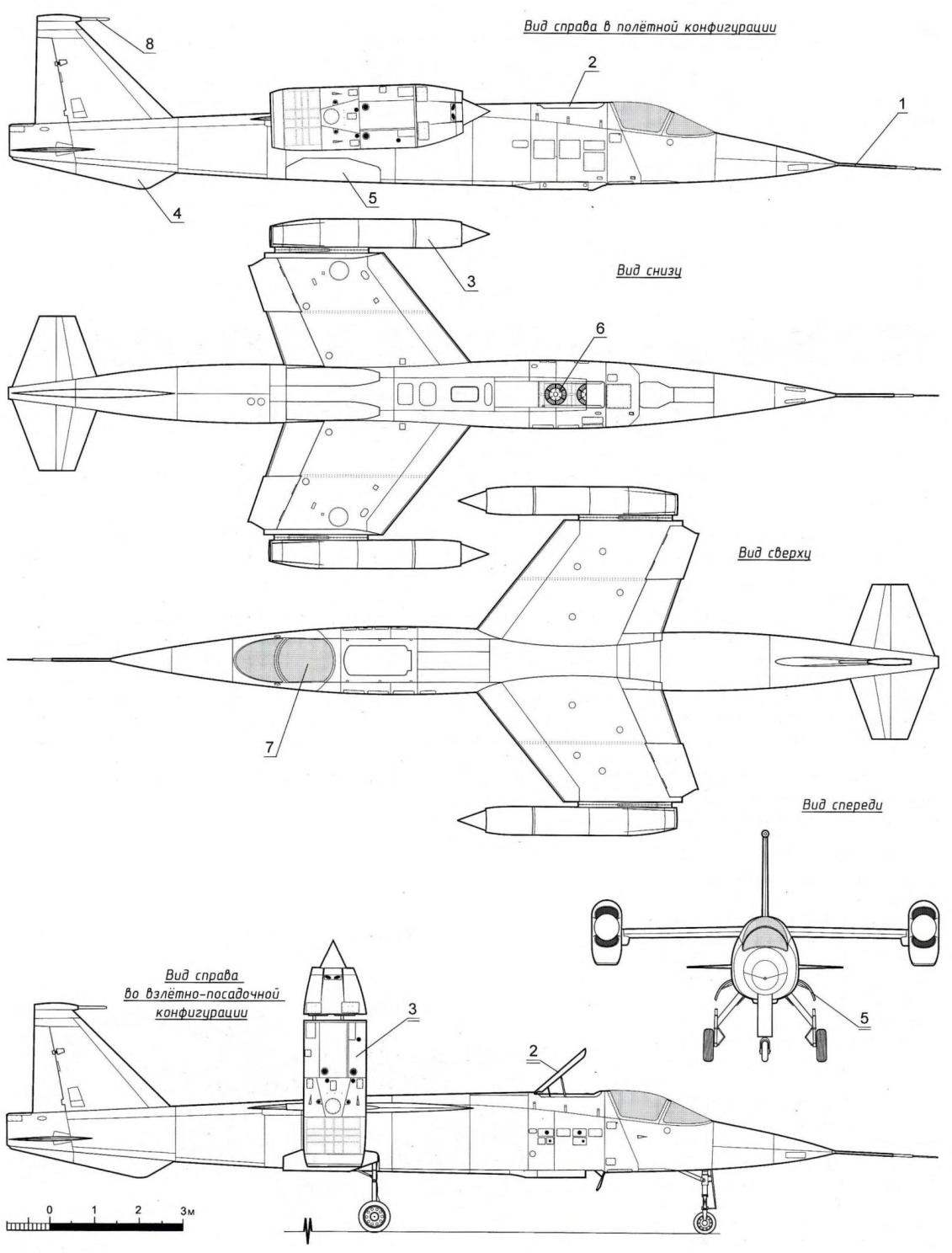 The airframe was made mostly of aluminum alloys, steel and titanium used in the installation of engines. The fuselage — semi-monocoque, with a sealed single cab and installed in her ejection seat, “Martin Baker” MK.7. In the rear was located a container of a brake parachute.

To the fuselage by six bolts is attached to a swept wing of small aspect ratio. The design of the wing — mnogogranny, sweep through the 1/4 chords — 27°. The horizontal empennage consists of a fin rudder, all-moving stabilizer trapezoidal shape and the ventral ridge.

Interesting system of rotation of the nacelle lifting and propulsion engines. Hollow shaft, fixedly mounted in the wing tip passes in a gondola between her engines. Around it and rotates the gondola. Across the shaft are all communications: thrust control engines, fuel pipelines and hydraulic systems. The rotation of the nacelles provide a dual-chamber hydraulic cylinders.

VJ-101 had the original aircraft control system developed by “Doughty the Rotola”. Unlike most vertical take-off machines, he was missing a gas-dynamic control system. On the takeoff, landing and transient conditions is governed solely by the thrust of the engines. In the longitudinal attitude of the aircraft controlled by differential deflection of lifting and hoisting the main engines, the cross — differentiation thrust left and right groups of the power plant. Directional control was provided by the deviation of the right and left nacelles at small angles the signal from the pedals. 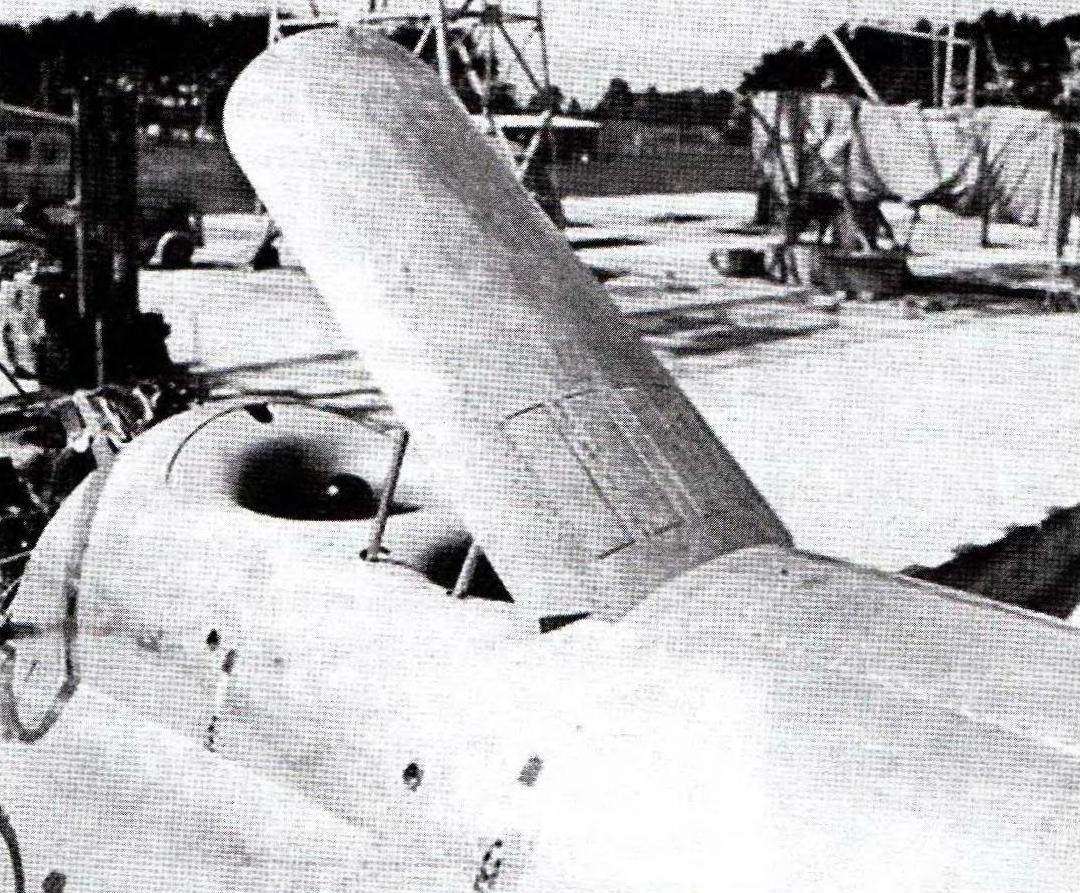 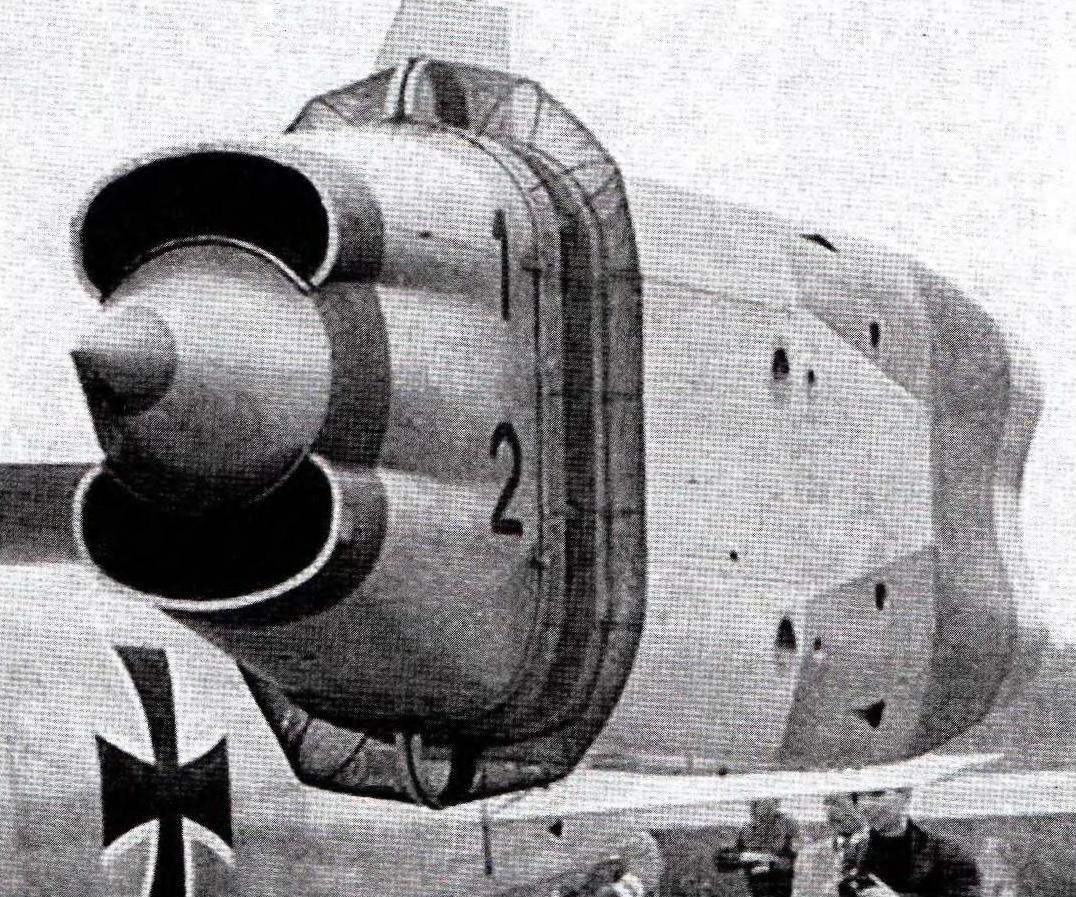 The nozzle lifting and propulsion engines 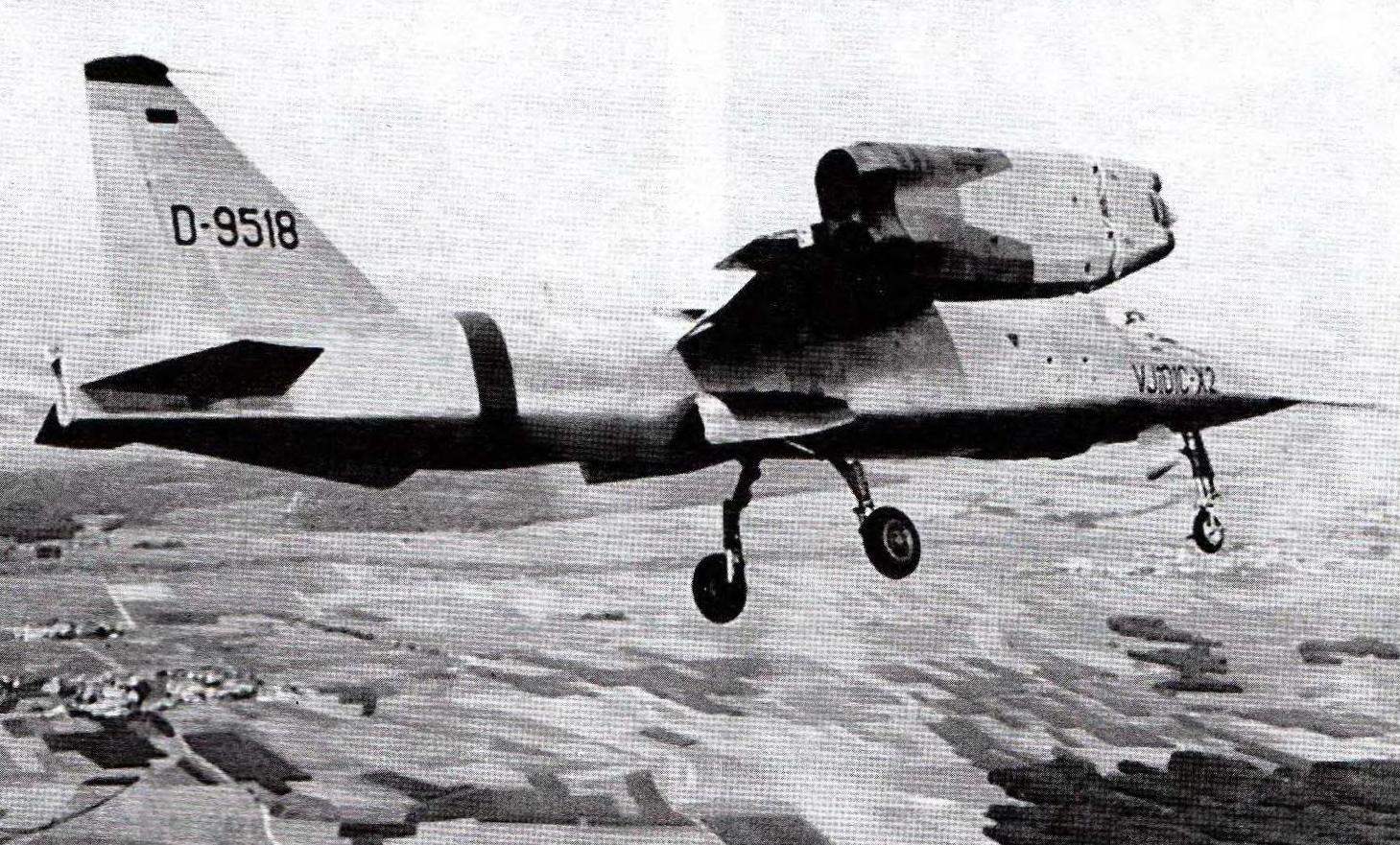 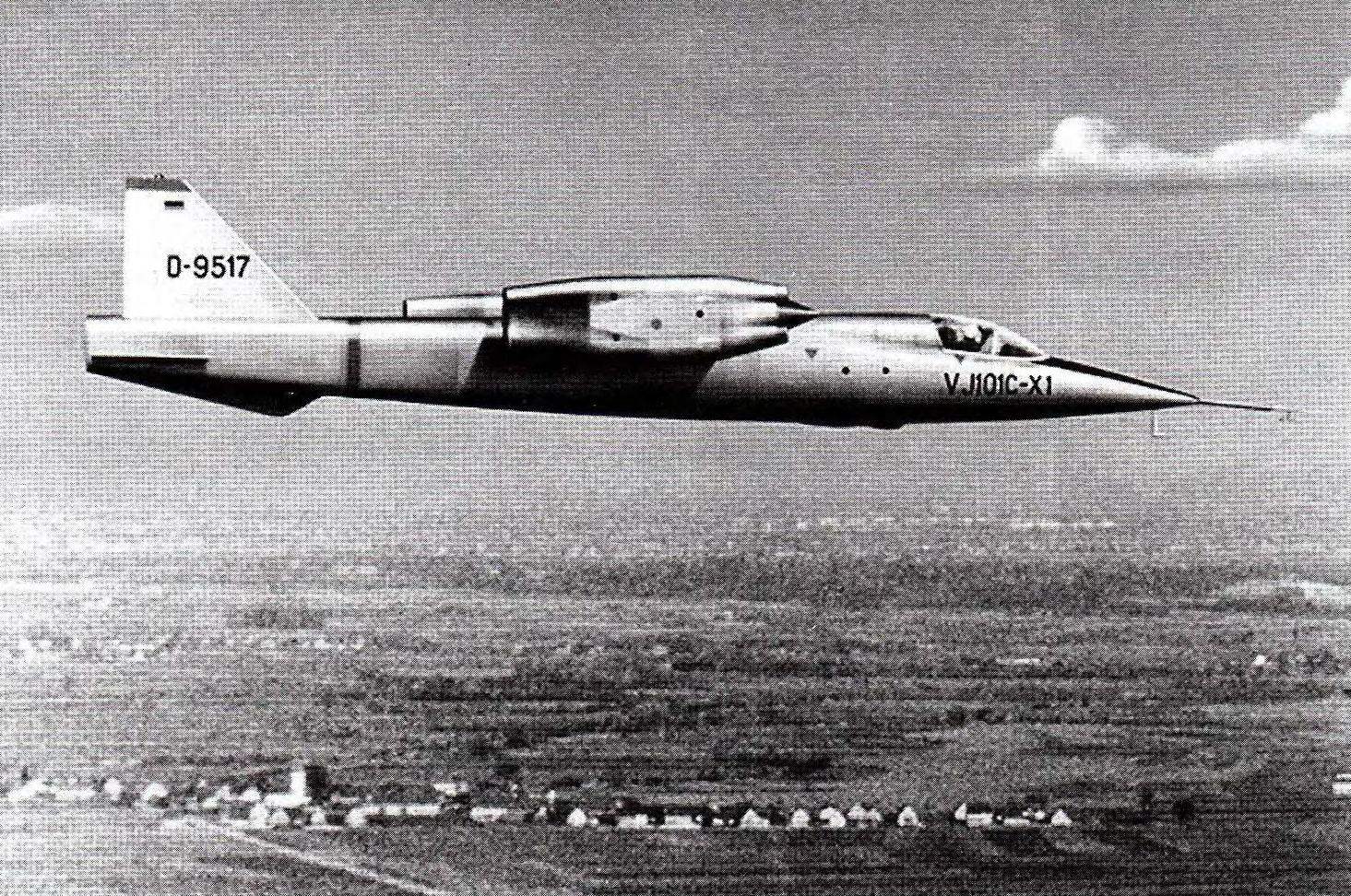 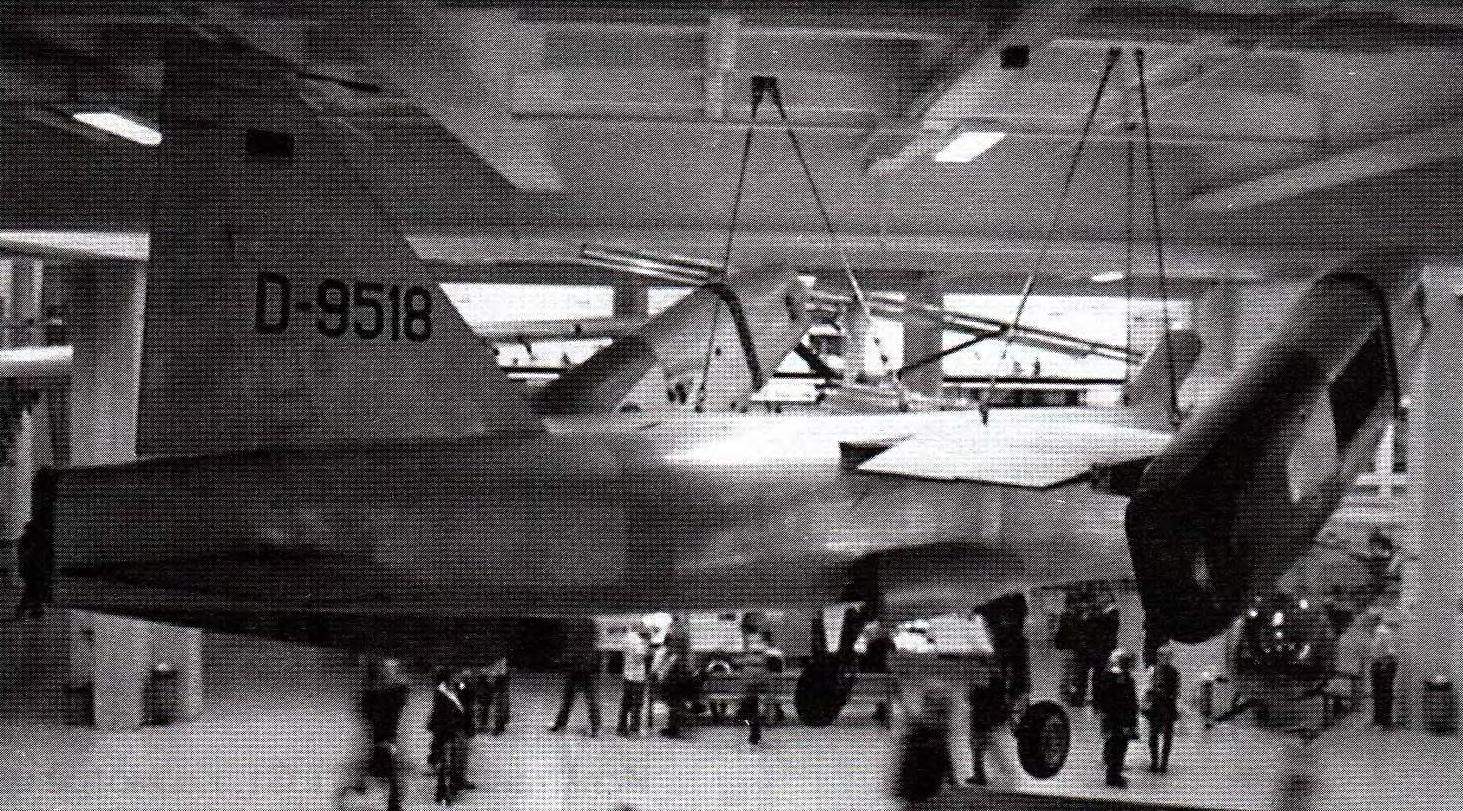 VJ-101 in the Museum in Munich

Ground tests of the new machine began in December of 1962 and 10 April of the following year, the aircraft made the first ascent into the sky on hover. 31 August 1963 was the first flight using aerodynamic lift. The first combined flight with the implementation of vertical takeoff and landing took place on 20 September 1963.

In April of the following year the car was demonstrated at the international air show ILА in Hanover. On 29 July, the aircraft first broke the sound barrier, reaching a shallow dive speed corresponding to the number M=1,08, and became thus the world’s first supersonic vertical take-off aircraft.

Test the VJ-101 C1, despite the novelty of the design, went pretty smoothly, but on 19 September the accident occurred. In the course of the performance of a combined take-off (with a little running start) immediately after separation (the eighth second), the plane lost control and crashed. Test pilot George bright (George Bright) ejected during an uncontrolled rotation of the machine with an angular velocity of 210 degrees per second at a height of 3 meters. The pilot had a broken spine, and the aircraft was destroyed and burned.

Before the accident, VJ-101 C1 has completed 54 of flight, including 14 combined.

The cause of flight accident was the human factor. When assembling the autopilot messed up the polarity of the gyro roll.

After the accident, work continued on the second prototype, somewhat different from C1 and is designed to reach a speed corresponding to the number M=1,4. The main difference was that podyemnaya engines were replaced by RВ-162 with afterburner, develop cravings 1610 kgs. Increased maximum takeoff weight 7650 kg 6010 kg (vertical takeoff). The second prototype was installed and a new autopilot firms “Honeywell GmbH” with triple redundancy.

The first hover took place on 12 June 1965, but before October 10, afterburner mode in the tests were not used. In the next two weeks VJ-101 S2 has carried out a complete programme of flight with vertical takeoff and landing using the afterburning regimes of the work of engines.

Tests showed that the increase in thrust of the engines did not give the desired results. The maximum speed has changed slightly (the number M is increased from 1.08 to 1.14). But the problems of fast and furious added significantly. Recirculation of hot gases and erosion of landing sites (strips) with vertical take-off increased significantly.

To reduce these harmful effects began to apply a new technique takeoff and landing, which was to install podyemnaya engines at an angle of 70° relative to the horizontal axis of the aircraft. While the take-off distance was 40 m (the machine was up and rose to a height of 15 m), and planting — 50 m.

Flight tests of the second prototype lasted four years: from June 1965 to June 1969. The aircraft involved in the American program for the development of tactical systems weapons/GDP (АVS), while VJ-101 S2 was used as a flying laboratory for testing of the control system of the aircraft vertical takeoff and landing.

By June 1971 the resource of many components and assemblies of the machine are exhausted, and the flights ceased. Was soon closed and the program itself АVS, as the military has completely lost interest in such vehicles, except helicopters. The last refuge of the second prototype was the German Museum in Munich where the plane is exhibited today.

The establishment in Germany in a short time several vertical take-off aircraft, including the VJ-101 was a big win for its aviation industry. The emergence of such sophisticated technology talked about the revival of full-fledged aviation power. Obtained in the course of working on these machines experience soon came in handy when developing a multi-purpose aircraft according to the program МRСА, which resulted in the European fighter-bomber Tornado.