Scout-bomber P-Z. Created in the late 20-ies of the last century, the Soviet biplane R-5 construction.N. Polikarpov for several years was a classic type of reconnaissance aircraft. In the international aviation contest in 1930 in Tehran, which was attended by the best companies of England, France and Holland, our air reconnaissance took first place. 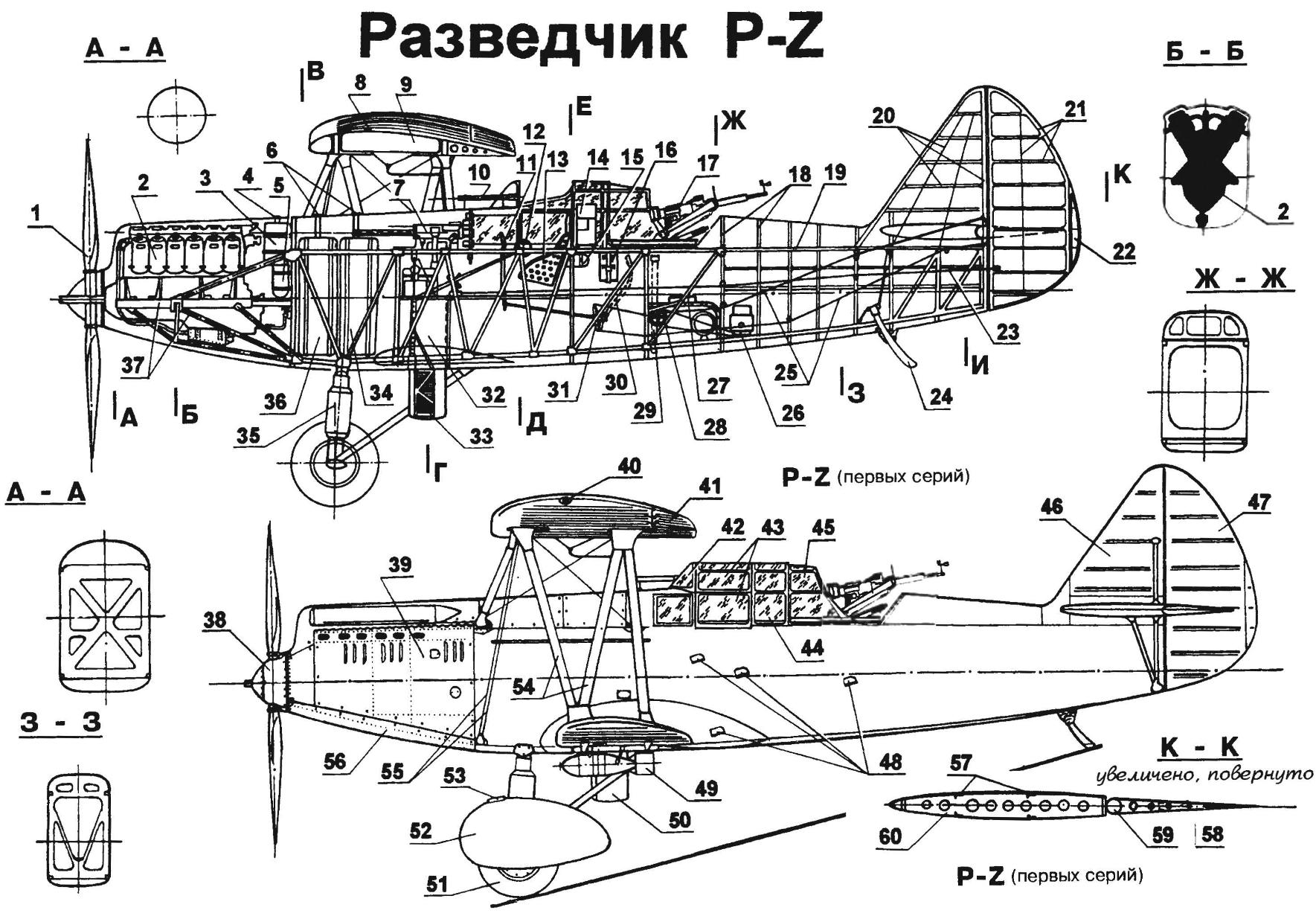 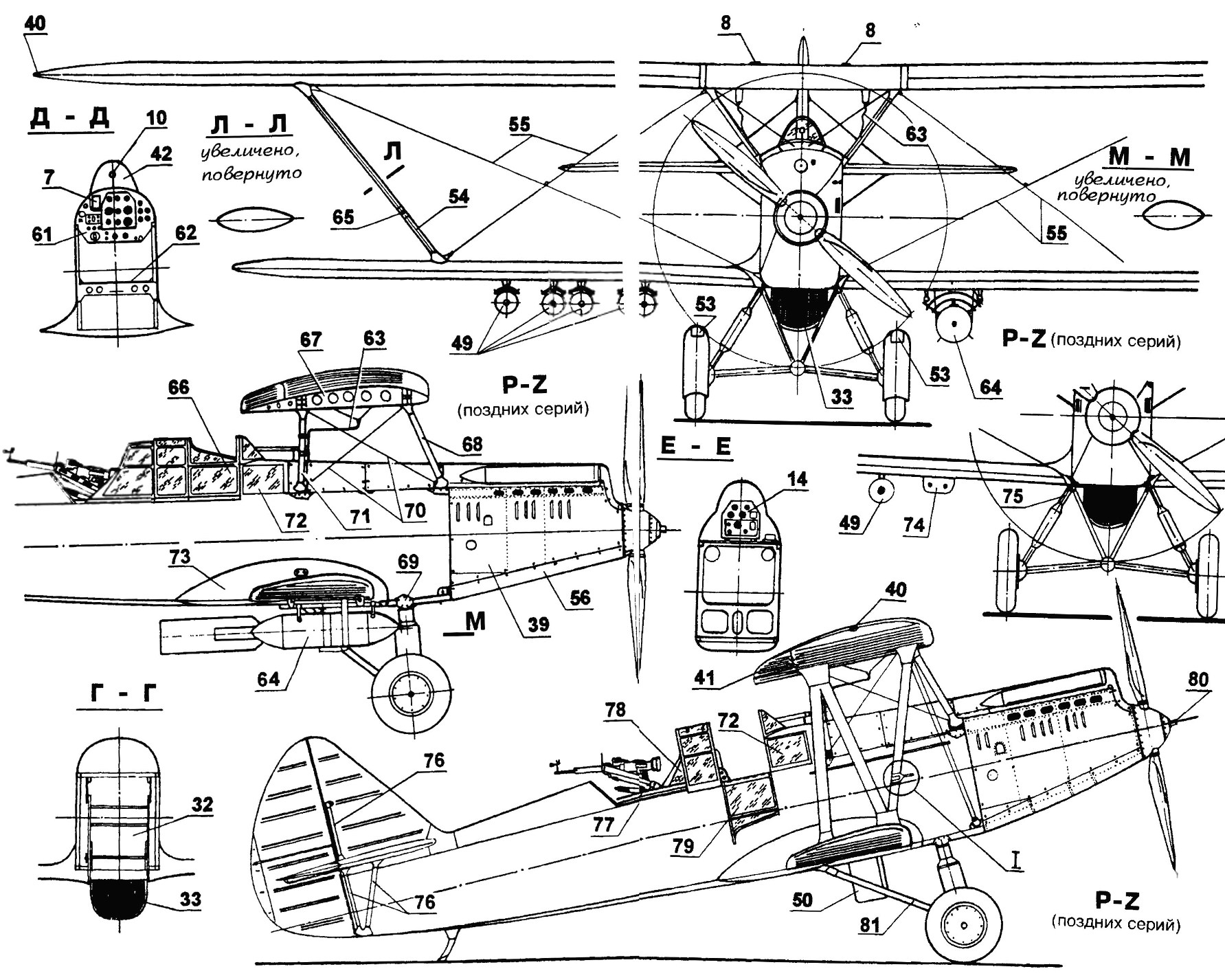 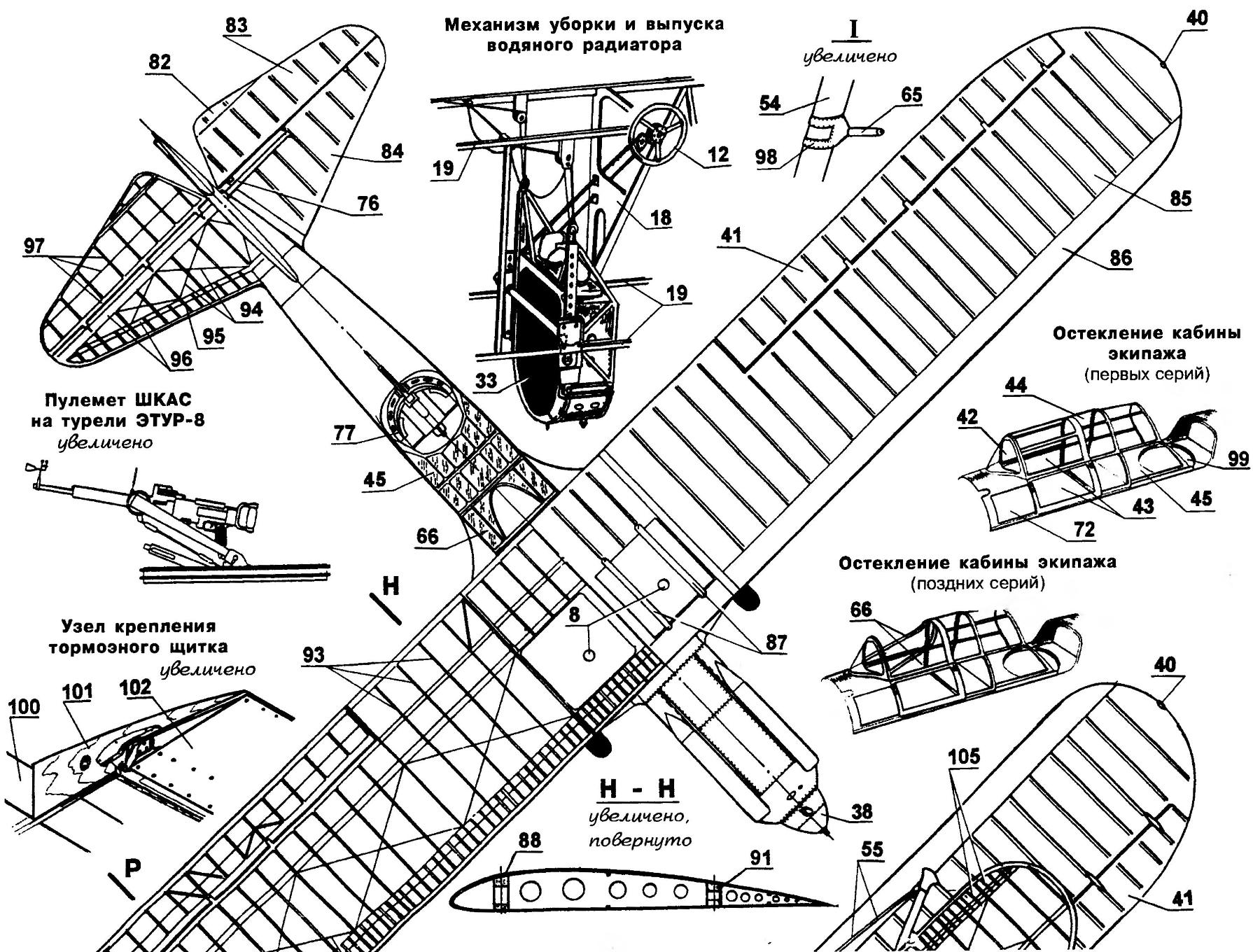 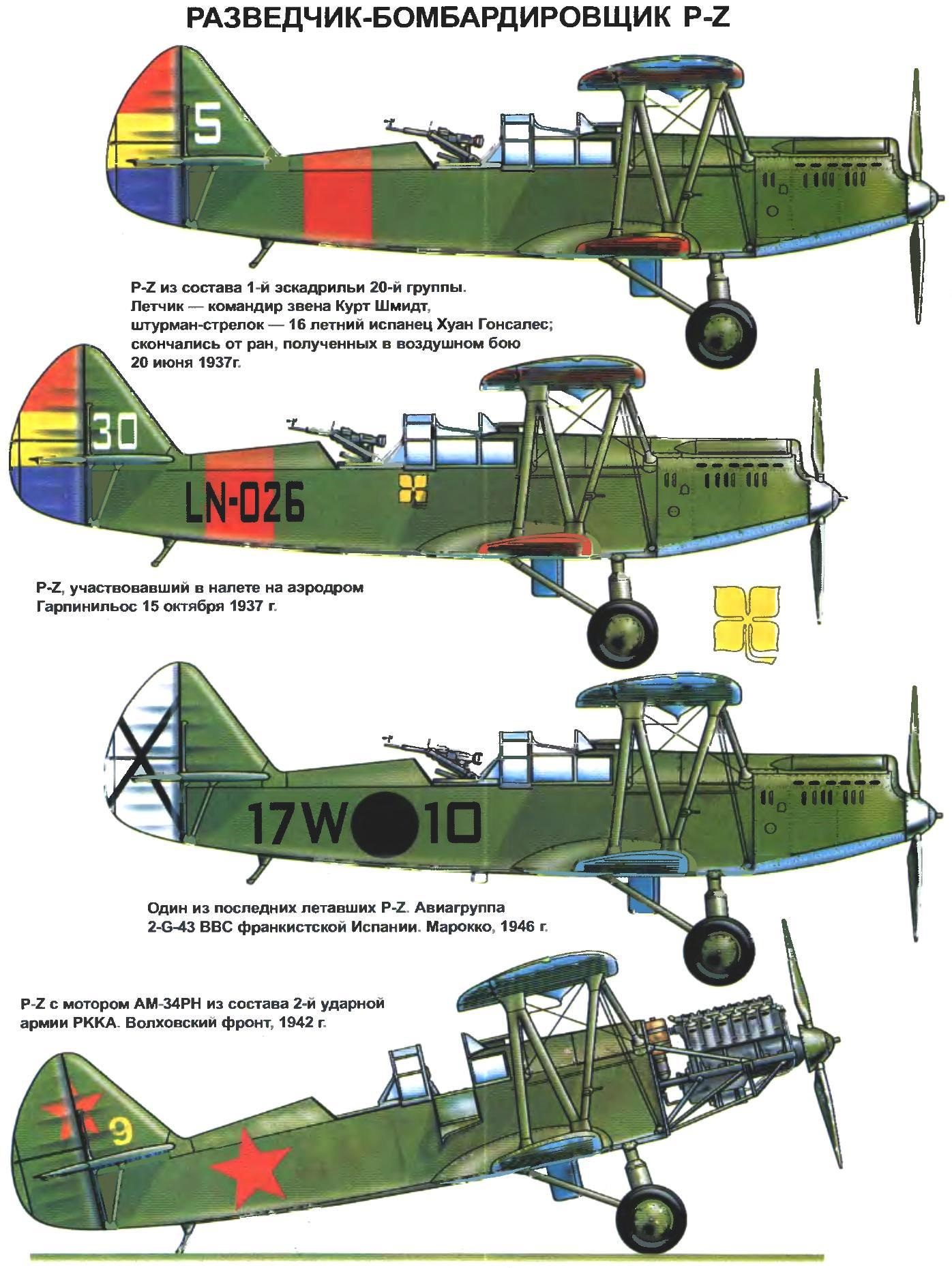 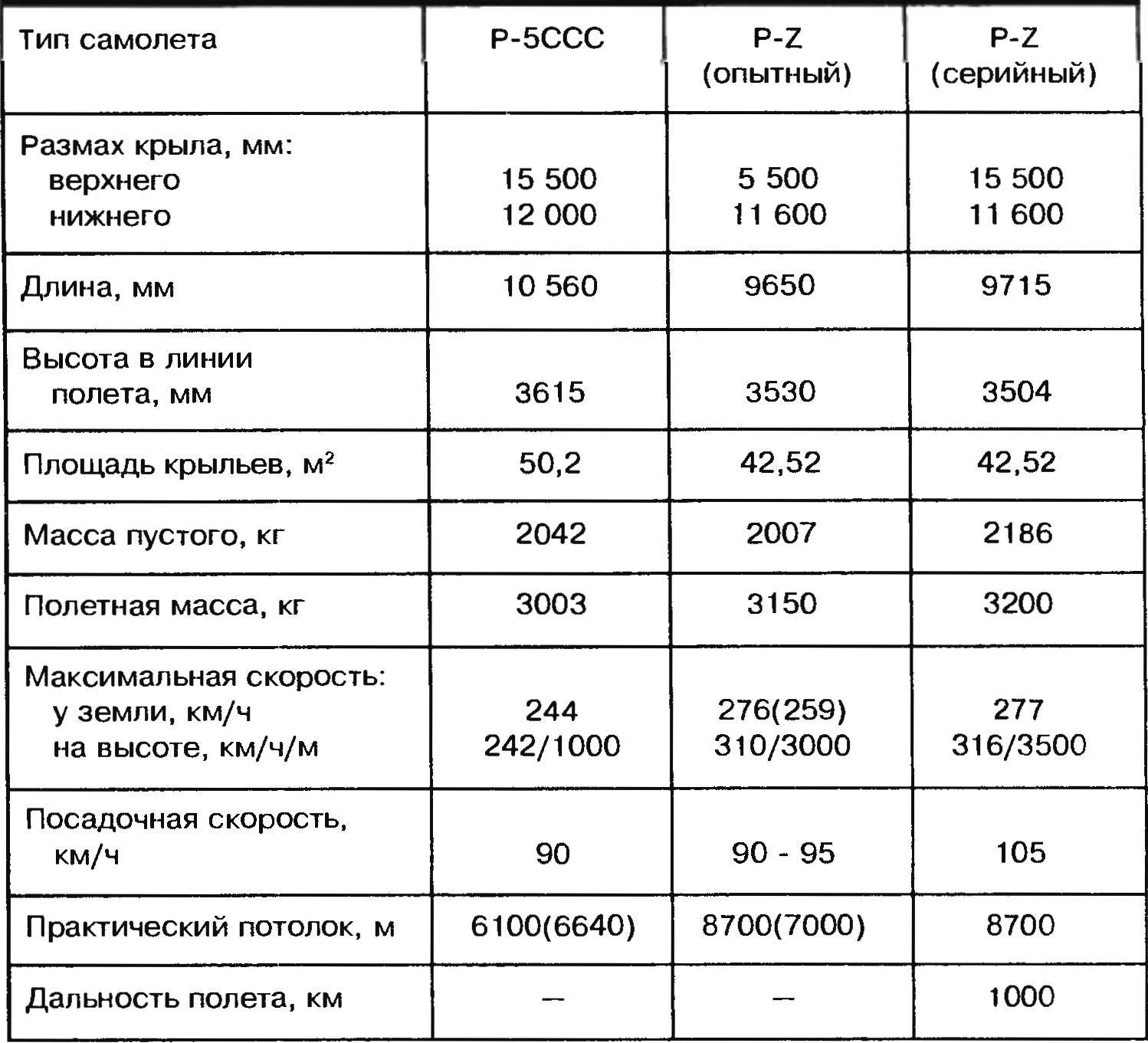 Retractable water radiator fairing was closed and was located between the fuselage fuel tanks and the cockpit. Release management and cleaning of radiator was carried out by the knob on the starboard side of the cockpit.
In front of the dashboard pilot with a small shift to the left was set the exchange rate synchronous machine gun PV-1 with 500 rounds of ammunition. Shooting with him was conducted by the pilot using the sight of OP-1 in front of the visor of the cockpit. In the cockpit at the radio operator-gunner on a mechanical turret TUR-32 (on the first 50 production machines) or electrified ATUR-8 mounted ShKAS machine gun with an ammunition supply of 1,000 rounds. Rotate ATUR-8 is a reversible motor supplied from a Dynamo DSF-500.
Bomber weapons were placed on eight beams D-2 with bomb racks Der-31 under the lower wing. Used bombs FAB-16 and FAB-250. Instead of bombs the plane could take four chemical spray device VAP-4 or two of the smoke generator of the WCT-100. Aiming — with the help of optical bomb sight OPB-1, which is for military use, was fastened to the floor of the cab radio operator-gunner, and in the stowed position with special clamps to the starboard side of the cabin. The bombs were dropped, the ASSOCIATED electrical-mechanical 1 or ASIO-2.
N. Food reserve was, A. CHECHIN, Kharkov