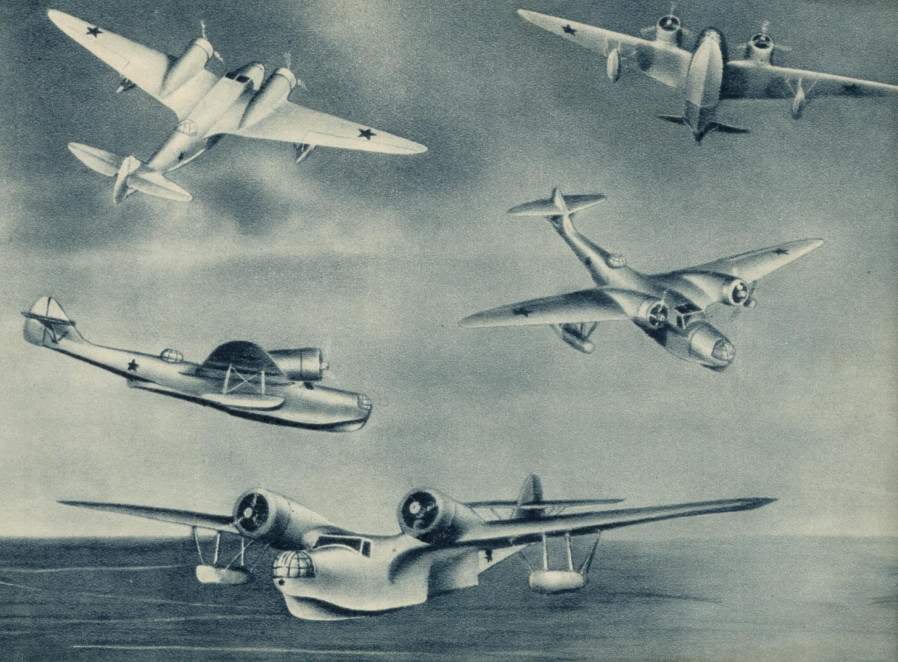 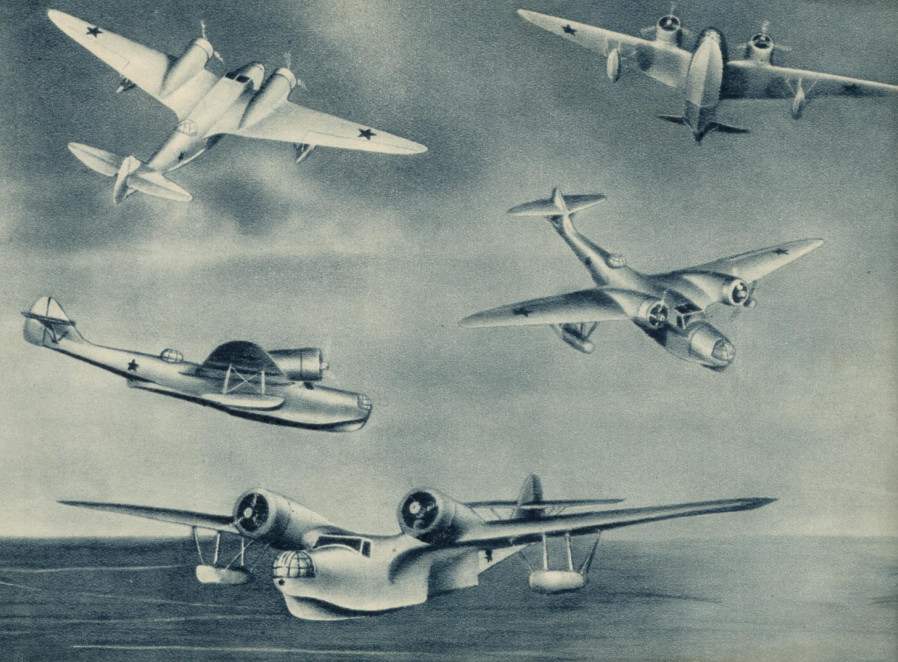 Flying boat MDR-6. Flying boat I. V. Chetverikova has been used in our country in almost all fleets. The beginning of the great Patriotic war in the Baltic fleet, there were 10 new seaplane entered service in the 15th reconnaissance regiment of the sea in the 19th and the 22nd squadrons. By June 22, the staff have mastered the new seaplanes and was not ready for their practical use. The fighting crews of Th-2 started only in the second half of July At this time the aircraft was based at Tallinn. The main task entrusted to the crews of the flying boats, began to conduct reconnaissance in the Central and southern basins in the Baltic sea for the same purpose, the aircraft flew to the coast of Finland.

The most famous operation in which took part the MDR-6 was to ensure a raiding crew DB-3 from part of the 1st mine-torpedo aviation regiment of Colonel Preobrazhensky at the Berlin Four-2 were meteoritic in the flight path of the bombers, and if necessary, had to implement the rescue crews made an emergency landing in the waters of the Baltic sea. Crew DB-3 was specially indicated areas forced landing, where they will watch the seaplanes.
In the second half of August, following the approach of German troops to Tallinn Che-2 flew to the city of Oranienbaum. And in September 22 squadron together with the surviving part of the material was sent to the Northern fleet and by 27 September had arrived to a new place-based. At this time it was the completion of the new squadron machines Thus, the unit now numbered 11 seaplanes Th-2. The main task assigned to the crews of Th-2 to the North, was to ensure the wiring sea convoys a Major part of this task was a reconnaissance of ice conditions with the goal of routing traffic, as well as the detection of submarines and enemy ships.
Modern man is almost impossible to imagine the conditions in which we had to fly crews Th-2 As a rule, they were carried out under constantly changing weather conditions, at low temperatures. In the Navigator got icy air flow blows away the navigation documents from the desktop, and fall into the cockpit during takeoff, the river froze over and jammed the turret No autopilot meant that the pilot quickly got tired, and then he was helped by someone from the crew of the seaplane. And the weak defensive armament and the presence of a significant “dead zones” of the shelling was practically determined the outcome of air combat at the interception of the aircraft enemy fighters.
German pilots to combat long-range reconnaissance used a simple and effective technique. On their Bf-109 they attacked Th-2 from below when approaching them to the shoreline. Tired, exhausted by the long flight, the crews often simply not noticed the enemy planes, the Crews twin-engined Bf 110’s intercepted the aircraft on the high seas: because of their advantage in speed and armament it is easy to imagine than the usually ended such meetings. A total of eleven Th-2, located in the North, in aerial combat was lost eight flying boats — the highest of all fleets. This is another confirmation of the fact that in addition to the speed for long-range Maritime reconnaissance is of great importance, and other characteristics that determine the success of the combat mission. 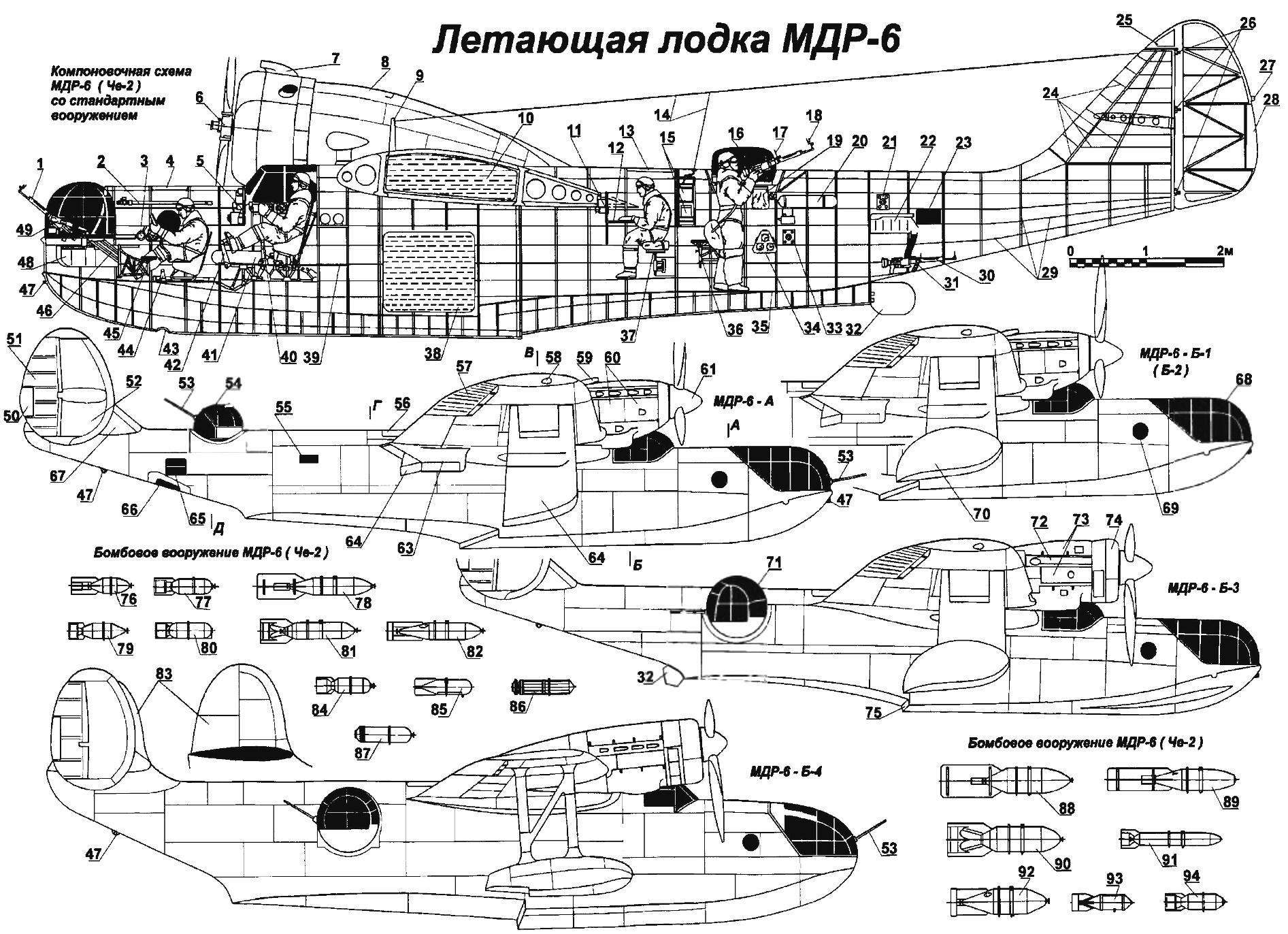 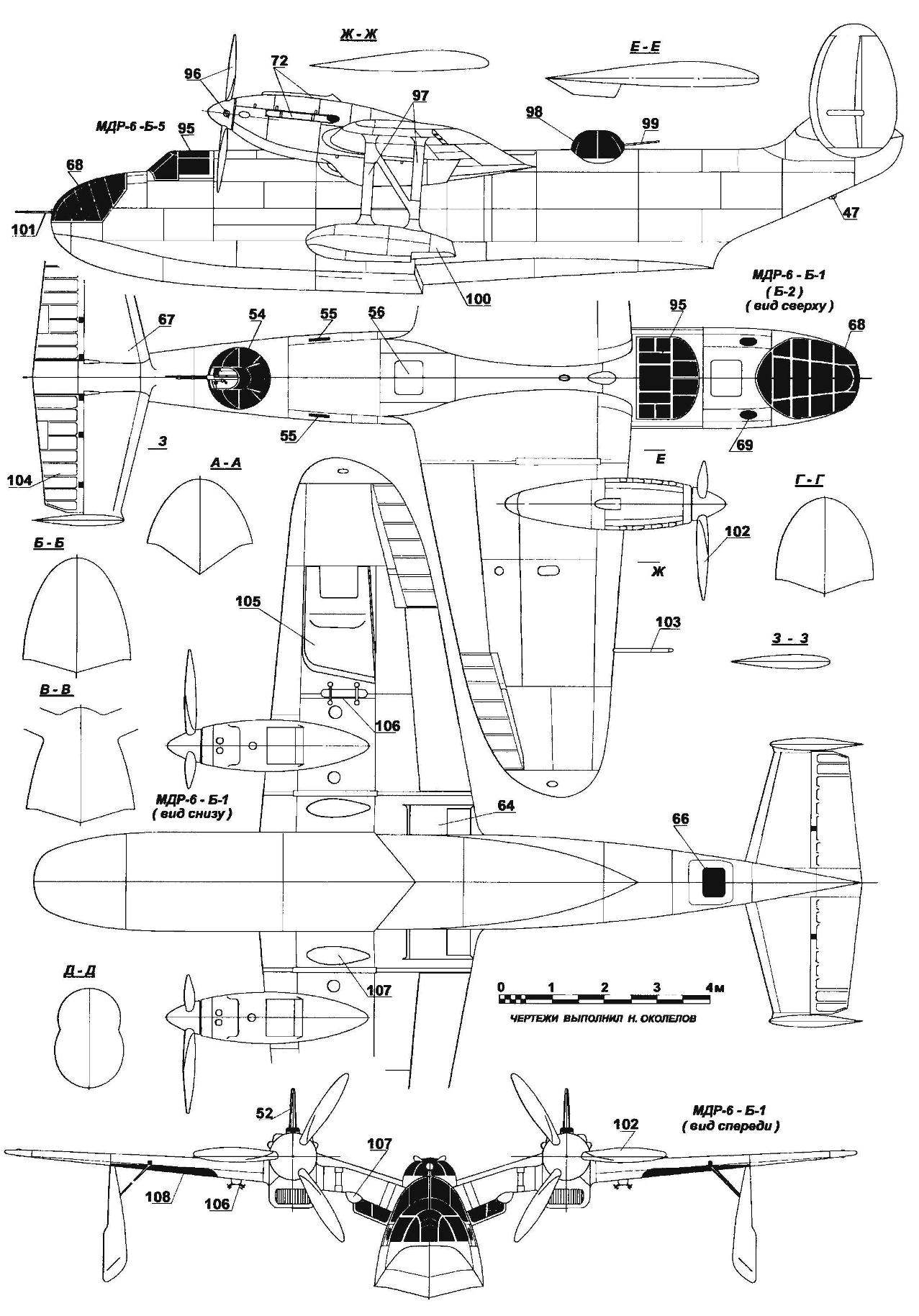 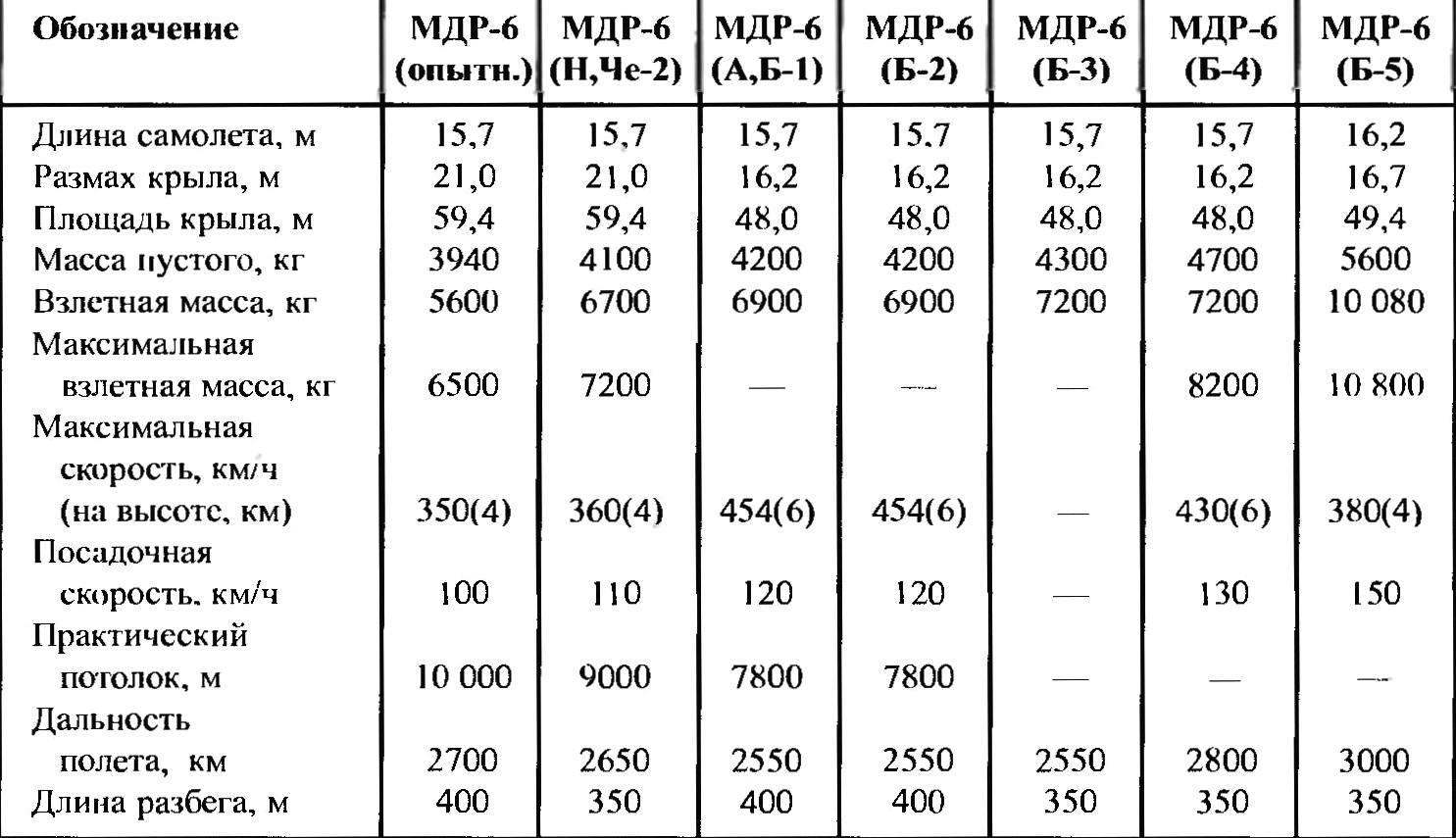 In the cockpit equipped with two seats — one (left) stationary for the crew commander, the second hinged on the left. It was assumed that long-haul flights, management will be able to take the second seat Navigator or even borteknik.
In the rear fuselage housed the machine gun mount gunner-radio operator and an additional hatch and machine gun installation. For Lugovoi installing the fuselage smoothly into the tail.
Access to the cab of the Navigator, the radio operator and the flight was carried out through the rectangular holes on top of the boat, and the cockpit through the hinged lid of the lantern. To safely exit the aircraft through the hatch of his cabin, the Navigator could not — a chance to get under to get the rotating screws was big enough. Jump he had from the cockpit, but there still had to move.
From below in the Central and rear fuselage had a special socket for fastening of racks of the chassis is erratic. Flying boat could be operated on the ground and snow-covered airfields. For this purpose, use special removable wheeled or ski landing gear.
The wing of a seaplane two-spar, cantilever, all-metal, duralumin covering. Shelf rails — steel sections t-section dimensions mm. 60x60x6 wing skin — dural sheets with thickness of 0.8 to 2 mm. Structurally, the wing is made of three parts: a steeply curved from the main body of the detachable center section and left and right consoles trapezoidal in plan shape with elliptical wingtips. The wingspan of boats in various series and modifications do not coincide. To reduce the influence of water on the propeller mounting of the wing was carried out according to the scheme “the Seagull.”
The ailerons were installed on the end parts of the consoles. The covering of the ailerons and fabric. To reduce landing speeds, the vehicle mounted flaps arranged on the wing. Control ailerons— hard from control knobs, flaps, hydraulic, lever on the left side of the cockpit. From below in the Central part of the wing on the two profiled uprights fastened support floats, the necessary rigidity of their installation was achieved using a steel cable braces, and also (on some aircraft) steel struts. In the majority of sample series B floats retracted into the wing.
Between the fuselage and supporting the floats could be mounted bomb racks or rails for rocket projectiles. To the front spars of the wings were attached motor, which were installed on the engines. In the bays between the spars housed the fuel tanks.
All-metal empennage, vesennee smoothly into the contours of the seaplane — single-fin. The stabilizer is made on the keel, thus avoiding the damaging effects of water. To ensure the required rigidity it is reinforced by shaped steel V-shaped braces. To relieve excessive force from the pedals and steering wheel on the rudder and elevators were installed trimmers. The covering of the rudder and elevators fabric, stabilizer and fin — dural. The Elevator control— the hard, the rudder cable. 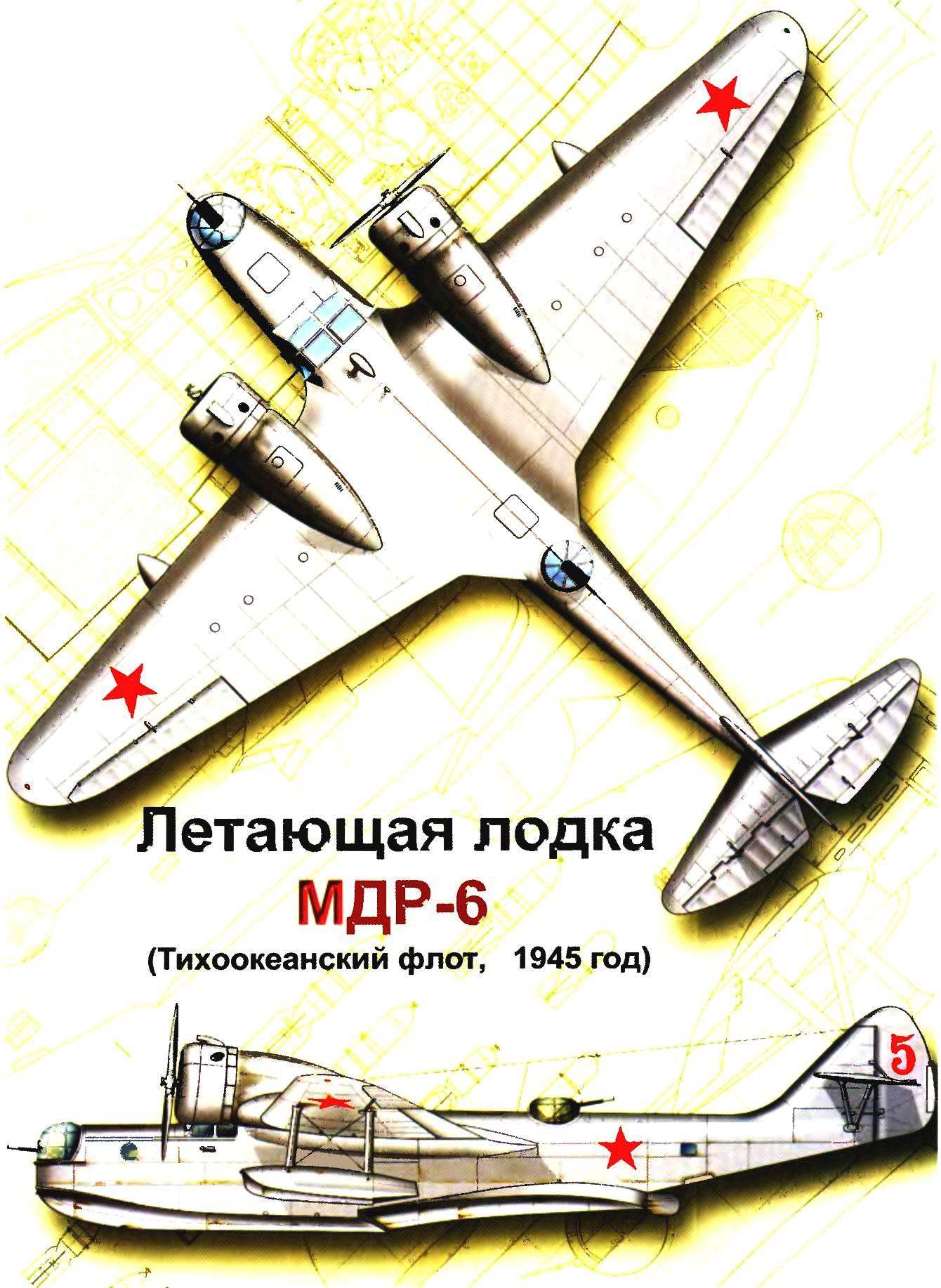 The first prototype MDR-6 was equipped with engines M-25E with propellers constant pitch diameter 2800 mm., the Second prototype, and head serial motors M-63 take-off power of 1100 HP. and variable-pitch propellers of the type AV-1 with a diameter of 2700 mm. apart production aircraft was mounted the engine M-62 with a capacity of 1100 HP, Though these engines had less power, they were more reliable, had not the last value in long-range flights away from the coastline.
Motor engines are made from steel tubes welded together. Engine engine type NACA easily removed and provides good access to the power plant. Fuel was ten placed in the wing engineered the fuel tanks with a total capacity of 2200 litres of the increase range in the course of construction of the series in the fuselage mounted auxiliary fuel tanks. The fuel supply to the engines was supplied from pumps. When it goes down borteknik could supply fuel from hand pump located at his workplace. The oil tanks (one per engine) with a capacity of 37 liters each were placed in the fairings behind the engines.
The seaplane was equipped with small arms, bomb and rocket armament. Small defensive armament consisted of three 7.62 mm ShKAS machine guns mounted in two shielded turrets rotating in Lugovoy installing the second redan. Bow installation ODB-3 was taken from the bomber DB-3. To avoid getting into the cockpit of the Navigator water through a crack in the screen the turret, it is finalized and it received the designation ODB-ZM (upgraded). One alteration is not done, and the turret re-modernized. The average turret SUB-3 is also taken from DB-3, but since 1942 seaplane began to install the turret of the MV-5, previously used in a light bomber su-2. Hatch machine gun mounted on the pin, also designed for DB-3. Ammo for each gun is 650 rounds.
Bomb armament of the aircraft consisted of bombs of various calibers with a total mass up to 1000 kg. For the suspension of FAB-250 and FAB-500 in the area of the root parts of the consoles were established holders of DER 19, for a 100-kg bombs mounted special beams called bridges. At the end portions of the wing could also be the rails for eight missiles RS-132 (four on each console).
N. Food reserve was, A. CHECHIN