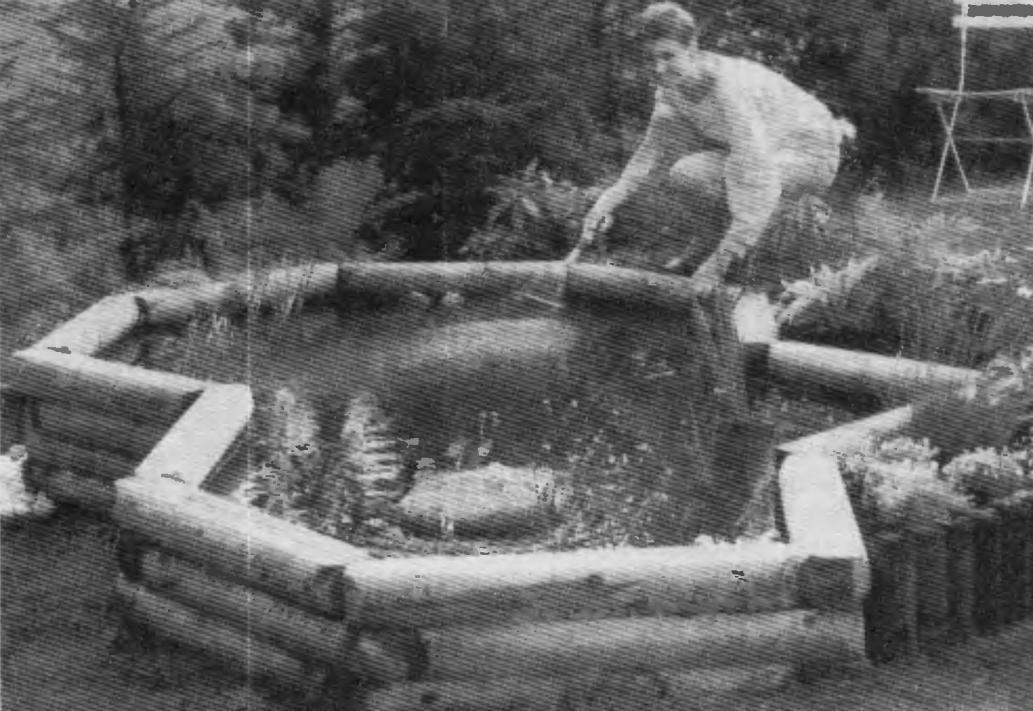 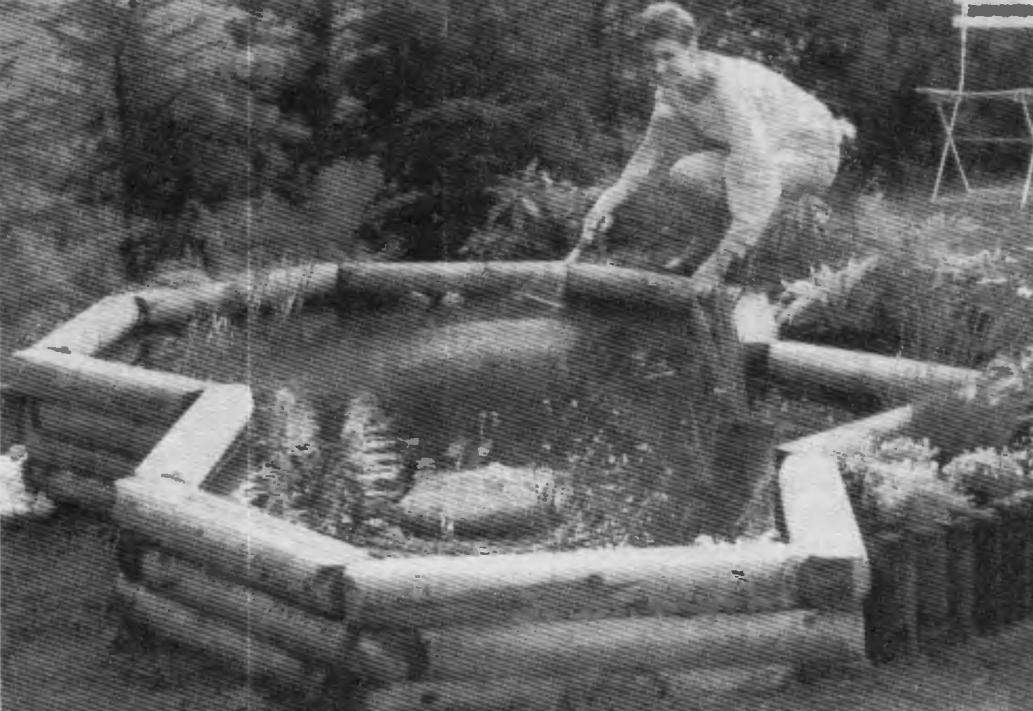 It has long been observed that the water surface effect on people calming. It is very valuable in our troubled time, when the human nervous system is subjected to constant emotional tension and stress. That’s why nice to countryside passing near any body of water. If there is no nearby natural, it is possible to construct an artificial, albeit small, but directly on the garden or summer cottage. Moreover, there is an option that does not require special materials and cost and available in the production of almost everyone.

Now, many villas and cottages are constructed of timber or logs. If, after the construction of the house still have some trimming, you can use them. Put some of them on selected for the reservoir site in order to get the shape of the future lake. Label on its land border and proceed to the preparation of a shallow pit. Armed with a shovel, select the part of the soil within the designated boundaries. If you have planned a small pool where you can cool off in the summer heat, enough depth of 1 m; if the decorative pond – less. At the bottom of the excavated pit in both cases, the pour and gently tamp small pebbles or gravel and the sand layer with a thickness of about 10 cm.
After that, the bottom of the pit vystelit film. To pool the necessary strength, and for the ornamental lakes will approach and that used in the greenhouse. It is desirable that it was not an old film, and a single panel. The edges of the film will be dubbed in delineating the pool of logs which may lie in one or more series, forming a low wall. (At the joints around the perimeter of the logs together can be connected by brackets and vertical wood plug tires or metal rods, e.g., reinforcing scraps.) The tape will secure the tar paper (building) buttons on top of the first or the last but one row depending on the desired water level. Last, the top row of logs further press down the foil, not allowing it to slide under the weight of water or bathing.
If the pond is only decorative, then in the middle you can put a stone slide, and on the bottom to adopt pots with aquatic plants. 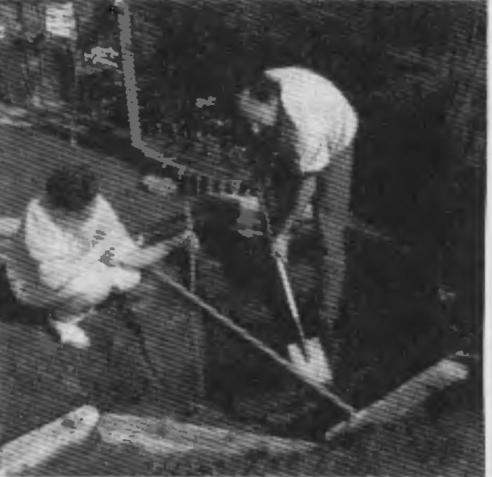 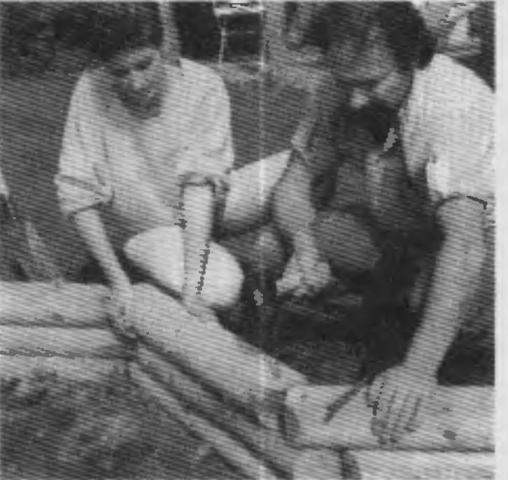 The construction of the log walls of the pool. 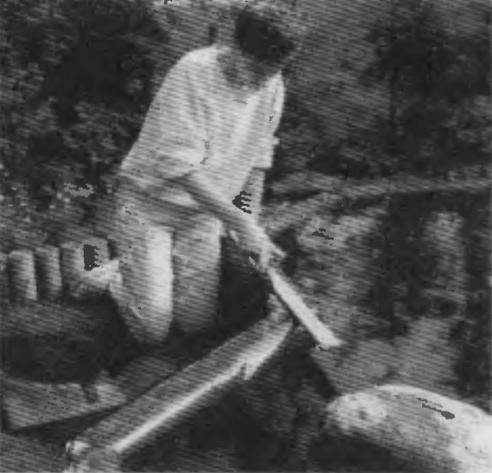 Trimming the edges of the film on the line. 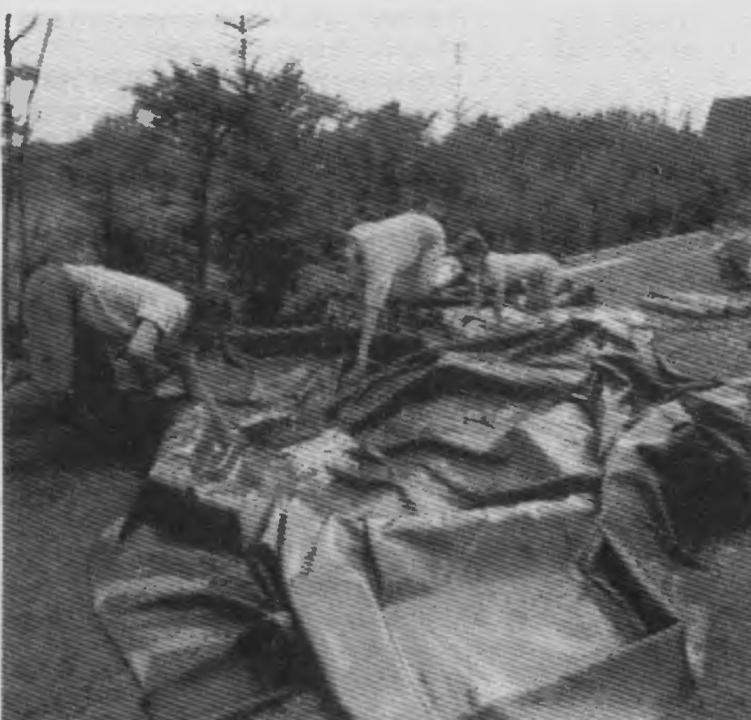 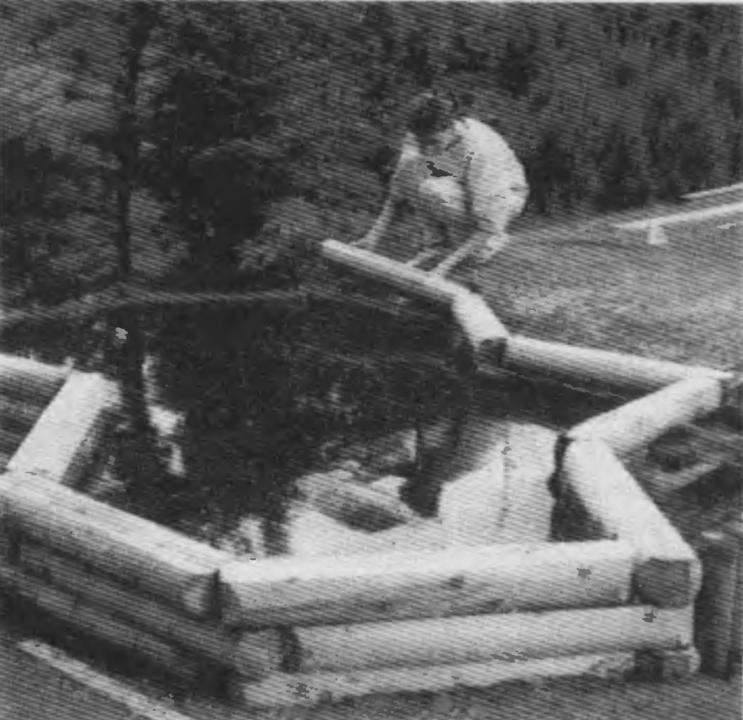 Laying the last row of logs, further clamping the film. 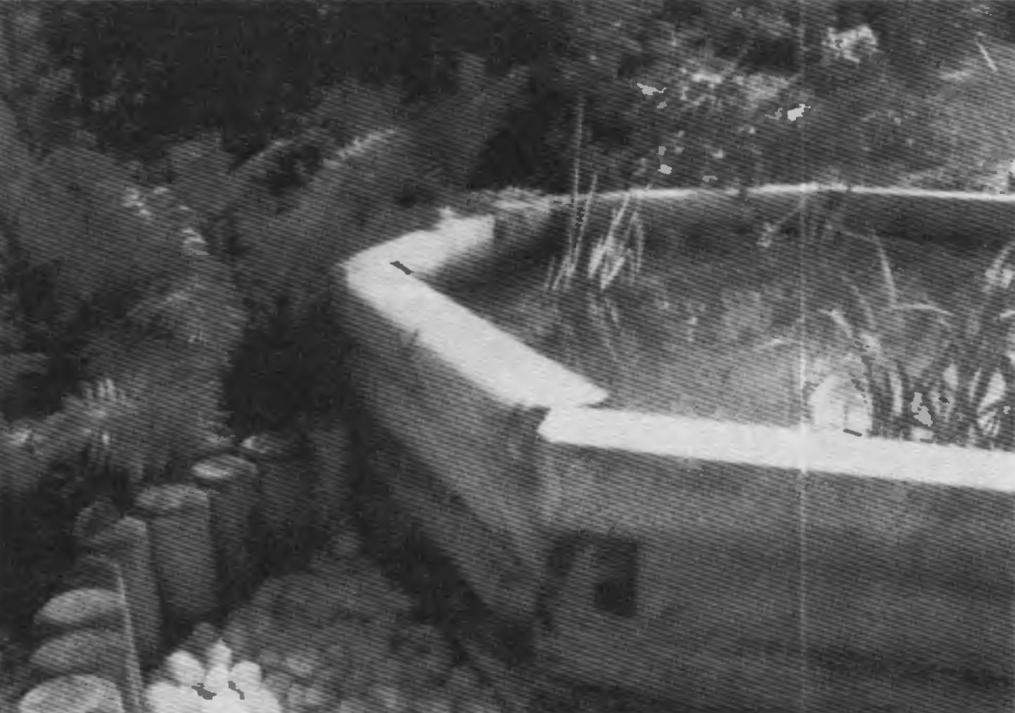 Detail of a corner of the pool wall: the visible junction of the logs “iterables”.
Before you fill the pond with water, in the corner of the pool arrange the discharge chute or lay the drain pipe, through which went the excess moisture in the overflow reservoir. Plums are useful in the periodic update of the water to the pool turned into a swamp.
Near the pool is useful to arrange the boardwalk to rest, to bring him gravel or sand path. Looks good and decorative enclosure was dug out of the trunks of trees (stumps), surrounding broken near the pool, flower garden.
According to the magazine
“Earmaster” (Hungary)