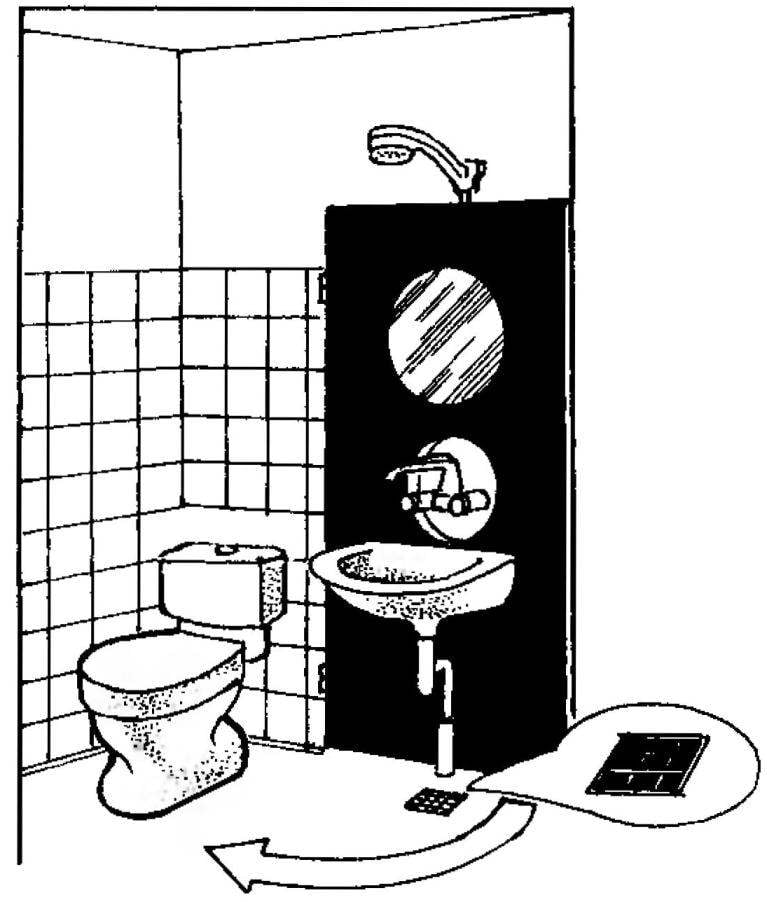 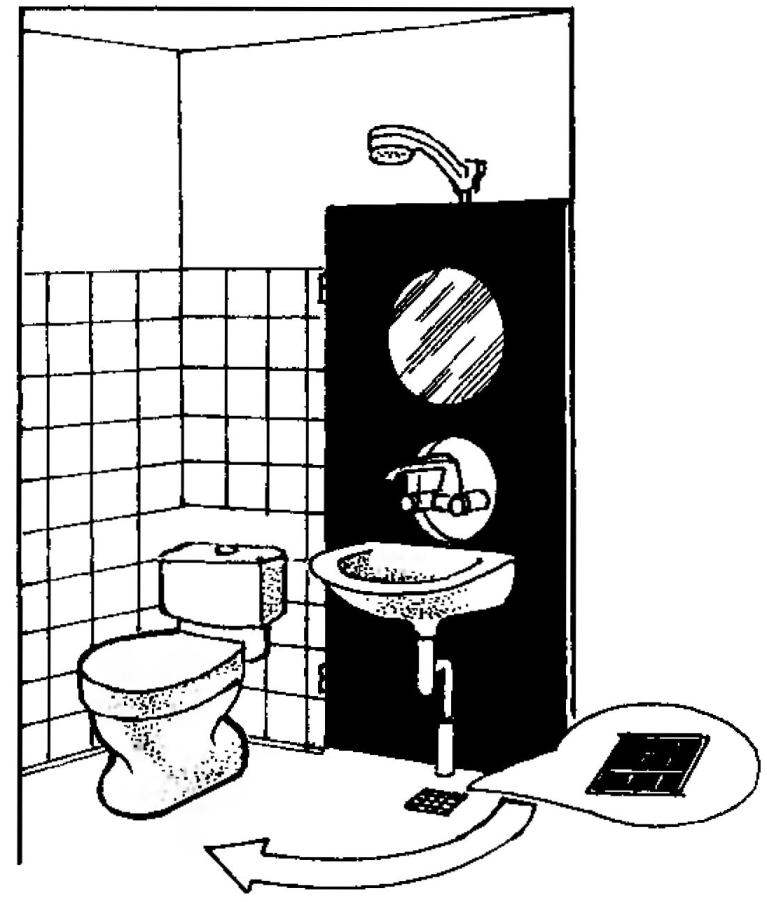 Well, if on a country station toilet in the house, not in the distant corner where nailed to his wooden “birdhouse”. But even better would be to to add to it, if not a bathtub then at least a shower, because it too often satisfied in the yard. The original version of the combined bathroom suggested his readers of the Hungarian magazine”, Earmaster”. Only almost one square meter area houses the toilet, washbasin and shower.

For them was quite a small area with tiled walls and a concrete floor that is equipped with a toilet and equipped with drain hole, used for the wash-basin and shower. The device is so simple that it is clear from the figure.

To all of the plumbing to fit in a small space, required only to hang the rotary partition, by which WC one hand turns into a toilet with separate shower.

As for shower valves, they are installed as usual: the first in the area on the floor, the second, as it should be — on the wall. But the washbasin is placed… on the movable partition, which can be a even an old door, painted with oil paint or covered with tape. Mixer taps at the sink with shared shower: when the partition is leaning against the wall, the hole is “tree” serving wash-hand basin. The water from the sink drained into an underlying hole in the floor. You need to use the shower — partition turns to the toilet, forming a shower cubicle. 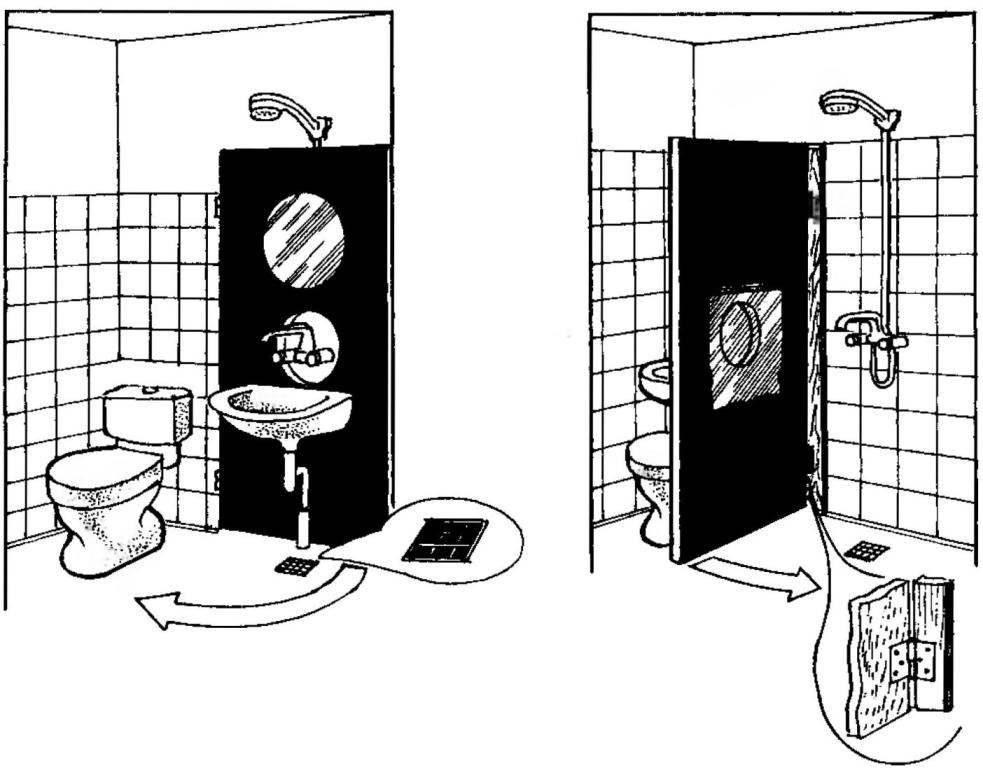 left — aligned option, the partition is pressed to the wall; to the right is “separate” option, after the turn of the partitions

The window over the sink is from the plastic shower curtain. After using the shower the curtain rises and attaches to Velcro to skip the window mixer taps for wash basin use.

The baffle is hung on the wall like a door on ordinary hinges, one of the cards of which (“mother”) is attached to the wall, and the second (“dad”) — to the edge of the plane of the partitions, addressed to the soul.

On the opposite side of the partition wall (under the window) are mounted on the bolts of the brackets to install the sink. Its location is calculated so that when the rotation of the partition to the toilet, the sink would have been just above the seat, but not in contact with the tank.