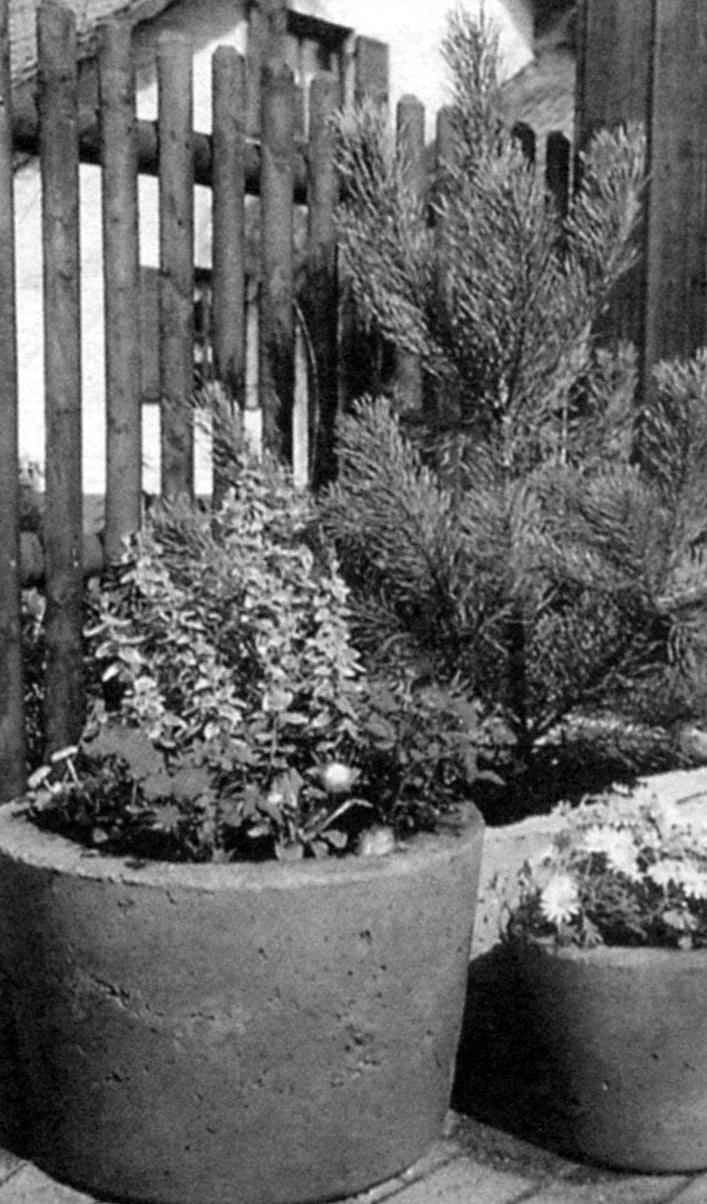 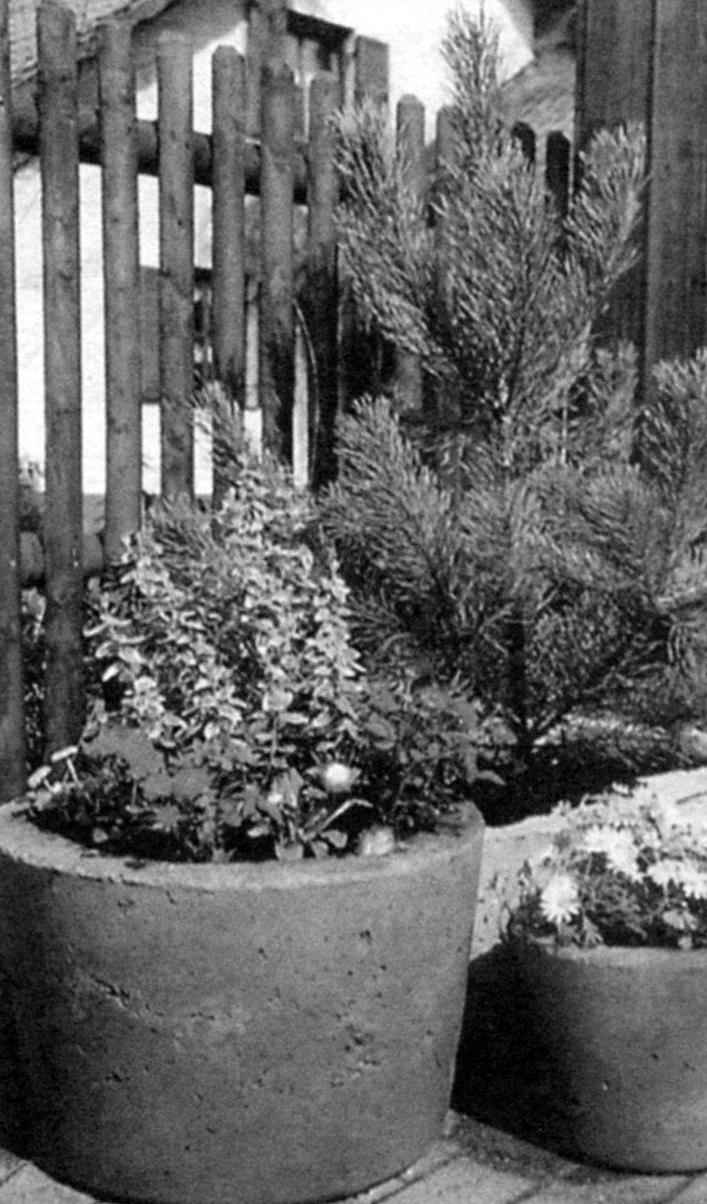 An interesting new trend observed in modern suburban areas: they are less likely to be perceived as a place of garden chores, and, increasingly, as a place of serene rest. Hence, all the more changing the appearance of a country manor court, if berry bushes and fruit trees are still losing out, the beds in many cases are inferior to their area of smooth green lawns and beautifully equipped recreation areas with pavilions, miniature decorative pond, stationary grill and unprecedented barbecue.

And all of these innovations require a different kind of experience, the acquisition of which requires more than one season, especially since here are my changes and unexpected innovations. For many it was a discovery, for example, that a good lawn requires not less effort than the garden. Because it is not enough just to sow the grass (and not all suitable!) must how to align the platform, carefully handle it before seeding, then repeatedly cut the green shoots with four (albeit miniature) of the mower, regularly and rather abundantly watered, almost like in the garden to fight weeds that violate the smooth surface of the lawn.

Not accidentally, the additional return to a more habitual for the citizen version of the gardening – in pots, of course, given the other scales compared to the apartment. For a suburban area requires “pots” special -large dimensions: the so-called pots, is approximately equal to the bucket, and then to another barrel. However, such not just to find even in specialized shops. 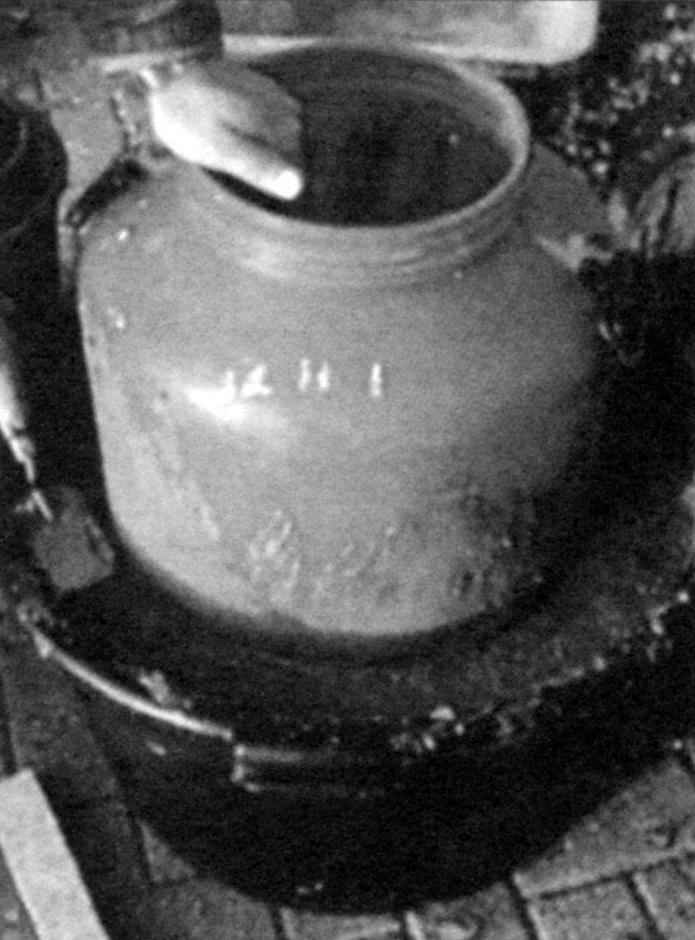 Fig. 1. Shaping the pot with flasks and pots

With a strong desire, as always, you can make them on their own via the available technology, the proposed homebrew Hungarian magazine “Earmaster”. It is interesting because it does not require any scarce materials or special tooling, at the same time allowing you to pots of different sizes and of any desired form at its discretion. Will need to sand with cement and… all sorts of end pans, cisterns, basins, buckets, and will be able to make pots in unexpected shapes.

First of all it is necessary to conduct a review of the available tanks and figure out how to be able to use their form. It is clear that cylindrical vessels can be used for receiving primarily simple pot-vases, and, say, the metal canister will help to produce an unusual flat vase. This preliminary review will identify the range of future designs and possible sequence of technological operations. The fact that in receiving each of the forms will have to participate in at least two containers at the same time: one will form the outer shell of the future pot, the second is the inside: the solution will be to fill the gap between the original capacities. 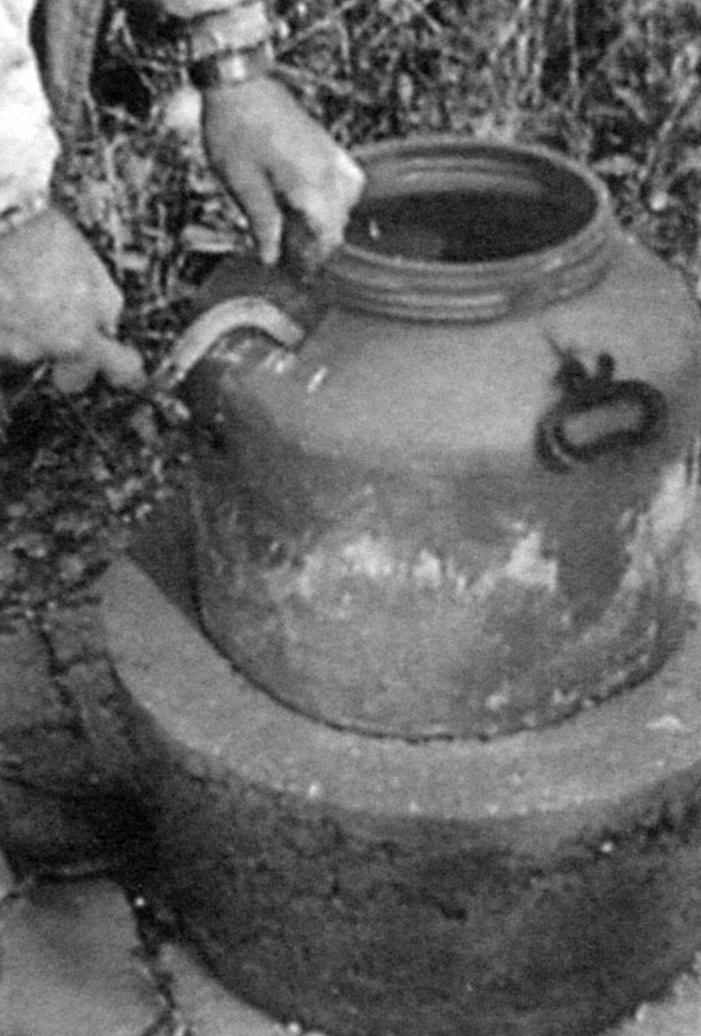 The solution is prepared by traditional technology. On level ground – usually plywood or sheet metal about the size of 1,5×2 m, laid on the ground in the place of molding vases – mound is raised from a dry mix of sand, cement and gravel in the ratio 3:2:3. You should first put a layer of sand, which previously had to be sifted, so as not got round blotches. The sand is added a measured quantity (mass) of cement; if it is stale, it is also required to sift carefully to release from compacted formations. Now both components are mixed three times and they added gravel. 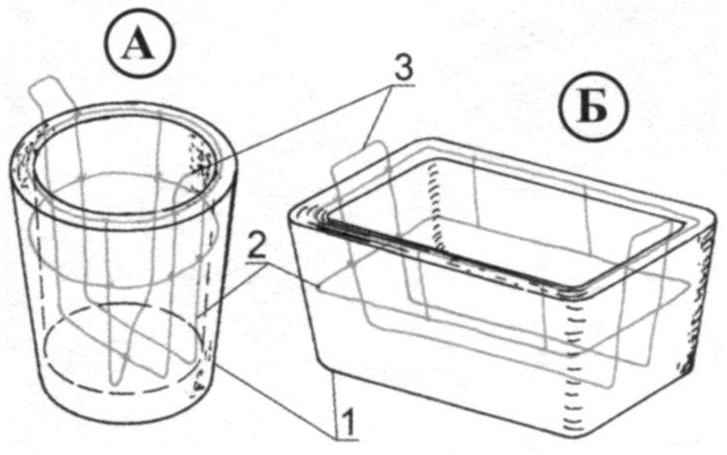 Thus prepared components are thoroughly mixed (usually spades) to achieve a homogeneous mixture. Then from it formed a small hill in the middle of which the shovel is formed of a hole here start to slowly pour the water and at the same time sift through the resulting solution until a thick mass. Sometimes to hydrate use a watering can, which is evenly poured the mixture again while continuously stirring it. To facilitate mixing, it is recommended that after moistening a few time to the moisture seeped to the shield.

The most simple, but no less time consuming method is the preparation of a mixture with rakes in a metal box (for example, in the old trough). First, in the same way as in the previous embodiment, the dry mixture gradually mix in small portions and moving it from one end of the box to the other, then pour the water and the cycle repeats. The quality of the solution depends directly on the thoroughness and duration of mixing.

Education of their forms by the example of the use of two improvised containers – jars and large pots (Fig. 1). Initially, the bottom of the pan is placed a layer of mortar with a thickness of about 50 – 60 mm and lightly compacted. Then inserted inside the flask so that between the walls of her pots and pans on all sides was the same space, which is gently filled with the solution. Again the concrete is thoroughly compacted and the entire combination is left for solidification of solution. The setting of concrete takes place usually on the second or third day, your form can be removed gently, but the necessary strength of the concrete is a minimum of a week. To this period form when dry not cracked, its recommended to keep under cover, providing a gentle, gradual evaporation of moisture. 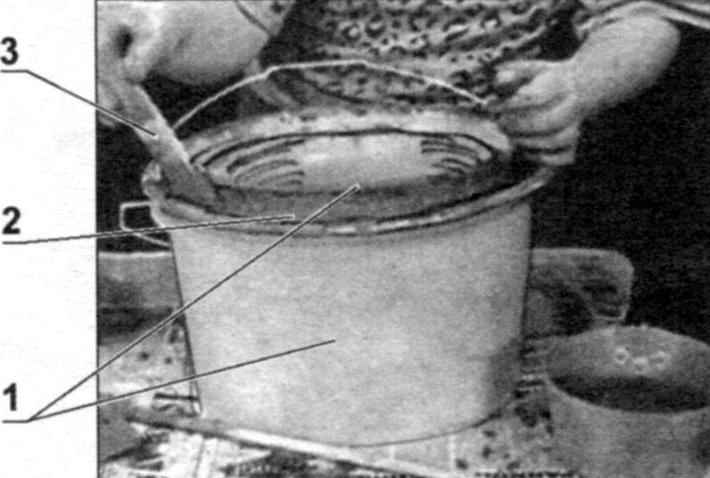 In figure 2, the resulting visible form of pot at the time of removal of the jar. The thickness of the bottom and sides of the product, as mentioned above, depends on the ratio of sizes of vessels. If the original pier is small and there is a threat to thin (and therefore fragile) pot, it is possible to use when laying the mortar for additional reinforcement of appropriate wire weave, as in figure 3. In this case, the mesh reinforcement can be envisaged emerging from the solution is a wire loop that will act as handles for easy carrying of the pot.

As already mentioned, the shaping can be any suitable steam vessel or vessels, not only metal, but also plastic. Figure 4 and figure 5 shows the moments of receiving a concrete flowerpot from a pair of plastic items. In this case, was used a plastic bucket, usually used for imported paints or emulsions and solutions, as well as the corresponding plastic containers of smaller diameter. The use of such materials has the advantage that due to their flexibility simplifies the problem of freeing the resulting forms after setting of concrete. 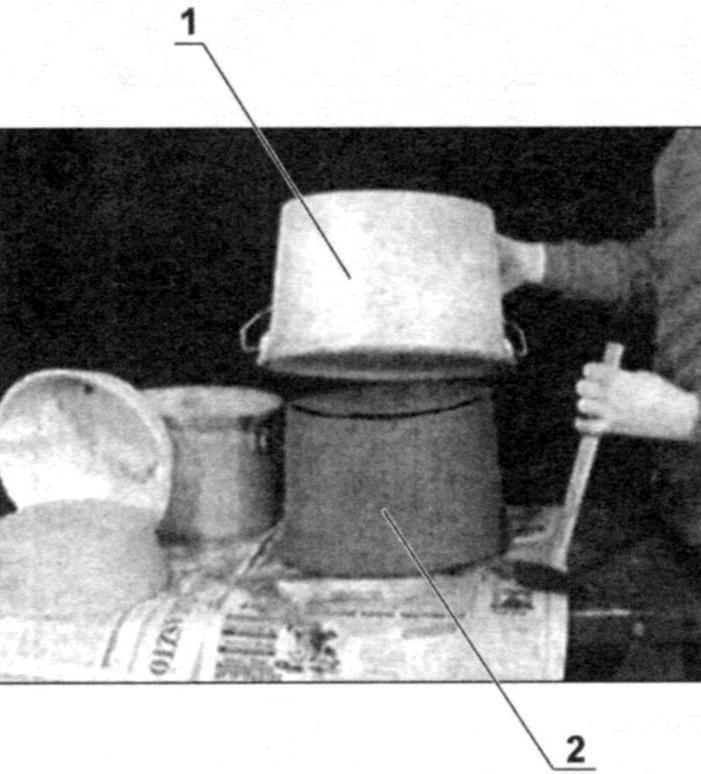 Fig. 5. The release of the finished pot:

A – cylindrical, B – rectangular 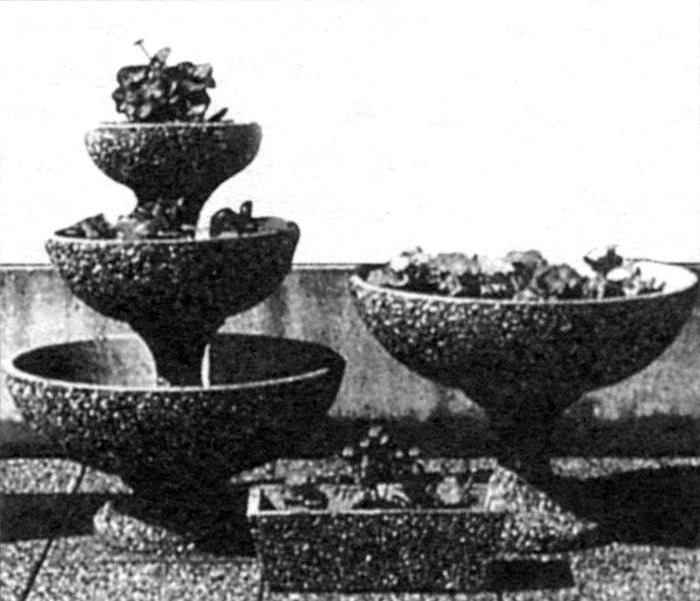 Fig. 7. Combine vases in the form of hemispheres

The variety of shapes of the original vessels contributes to the non-repeating appearance options are not only a cylindrical or rectangular concrete planters of different sizes (Fig. 6), but spherical, and the combined and multi-component (Fig. 7). They can be used not only for flowers and ornamental plants, but, for example, for the device of miniature fountains, popular lately in suburban areas. Used in these combinations as the main structural element of a concrete hemisphere of gradually decreasing size can be obtained by using, for example, respective pairs of metal or plastic cans.

Here is where to roam imagination of the manufacturer of concrete pots – so it is in their ornamental decoration. Indeed, there is truly an unlimited field techniques, technologies and methods, because the concrete in this sense, is very beneficial material, amenable to the most diverse techniques.

The most affordable way to decorate it rustic grey surface is painted. The concrete will take any dye from latex and enamel, and ending oil and nitropaints and finish only among the colors allows you to vary the end result at the discretion of the manufacturer. After all, how diverse is itself a colourful palette, so infinite combinations of colors on the same surface. Not to mention the methods of applying them, from sleek monochrome to a diverse and not repetitive patterned band (Fig. 8) or ground staining. 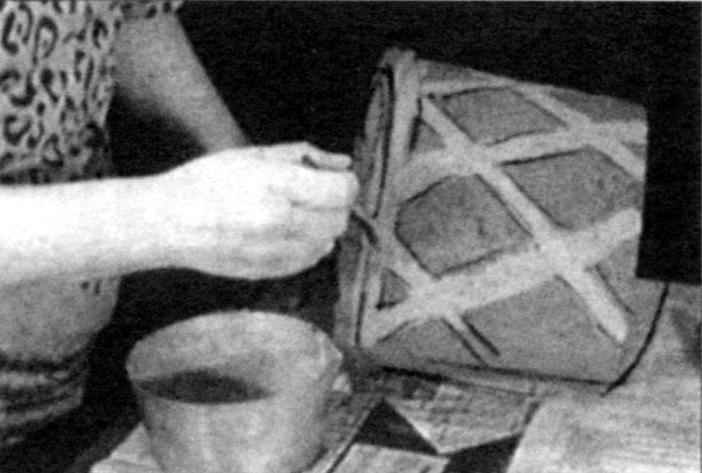 Fig. 8. The decoration of the finished pot do great eating colorful patterns 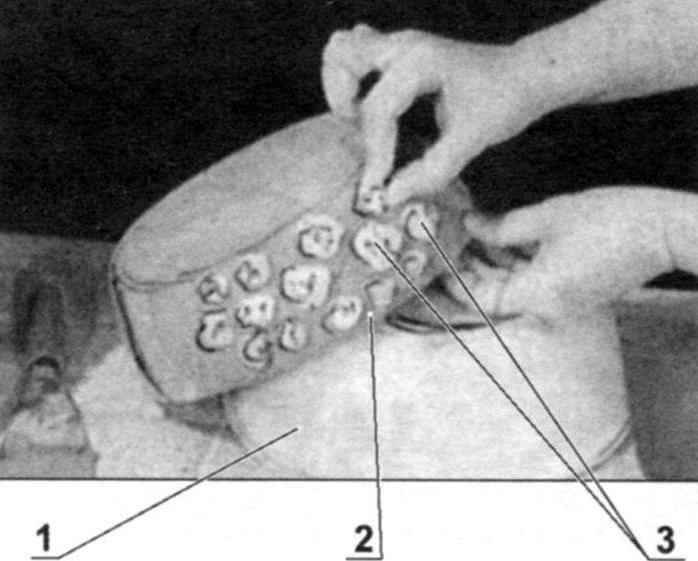 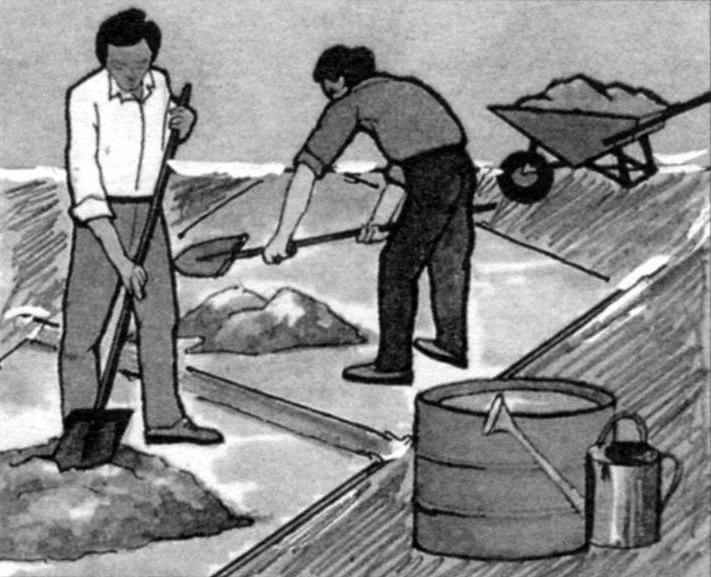 Fig. 10. Preparation of concrete and mortar on boards

Fig. 11. The kneading solution in the trough:

Due to good adhesion concrete surface easy to apply a colour of plaster, which is good in itself, and additionally, can serve as the basis for a mural coloring – that is, painting on wet surface.

If you put it in a thick layer it is able to accept and hold like glue the mosaic decoration of small stones (Fig. 9), crushed tile, shell, scales of a pine or fir cones – a variety of decorative elements.

In addition, the surface of the pot can be raised by applying a wet layer of plaster of various kinds of vertical or horizontal grooves, depressions, net patterns, geometric shapes, characters.