If you want children in the country played always under supervision — make it a sandbox. It does not require special skills, scarce materials and sophisticated tools. A hacksaw with a hammer Yes a pole from the forest of dead wood — that’s all I need for the job. As for the proposed design, it is so interesting that is very simple and… portable, and thus is set to the season and then removed for storage in the shed or the barn-pantry. So, you struck from the wood poles and sawed them accordingly: whether all the same — then the sandbox will turn out square, or half of them half as long — and then get the elongated version.
Now, to get from them the walls of the sandbox, you need each of the angles marked in accordance with the length gurgevich blanks ploshadki to drive four stakes (arbitrary height) is depicted according to the scheme: marked with 1 will limit longitudinal shifting of poles, 2 — will not allow them to move inside the grounds, a 3 — to keep it from falling out. The distance between the stakes 2 and 3 should correspond to the thickness (diameter) of poles.
Now lay between the stakes harvested sections of the poles — we get sustained strong walls of the sandbox. On one of its sides can be nailed (in stakes) Board seat, and then paint it in bright color. It remains to bring in a wheelbarrow or haul buckets pyoseon — and play, kids health! 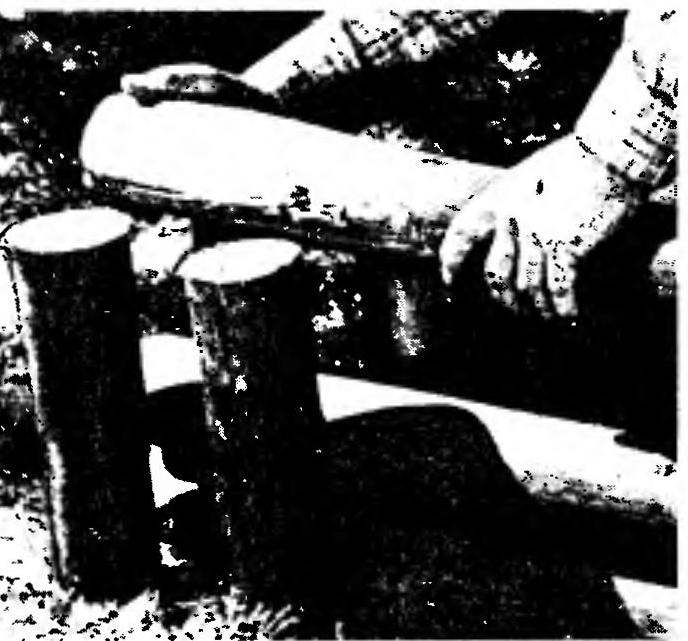 The laying of the poles to the stakes forming the walls of the sandbox. 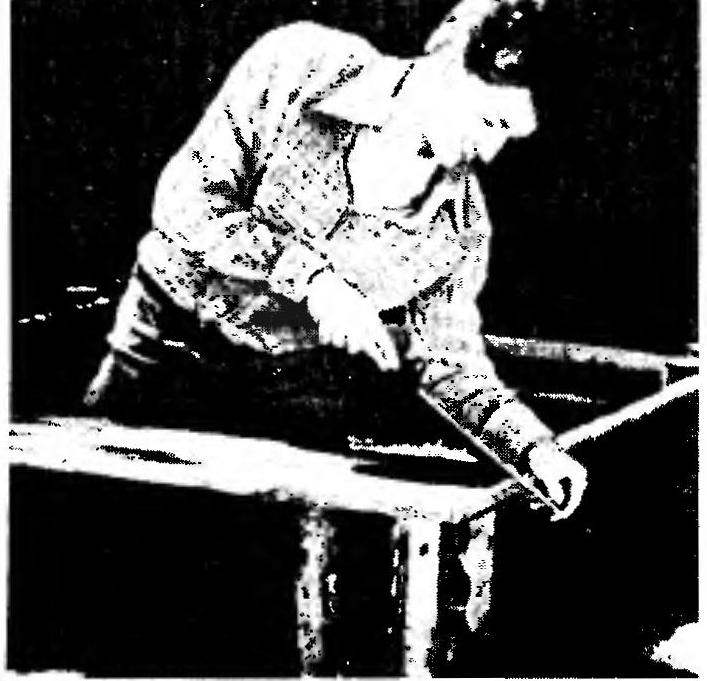 Treatment rasp Board edges-of the seat. 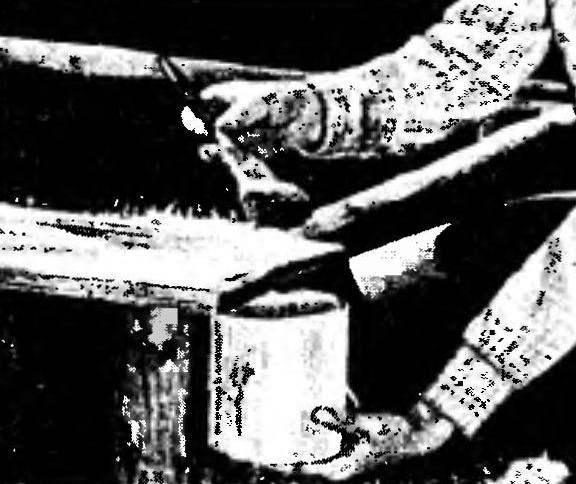 The color of the seat. 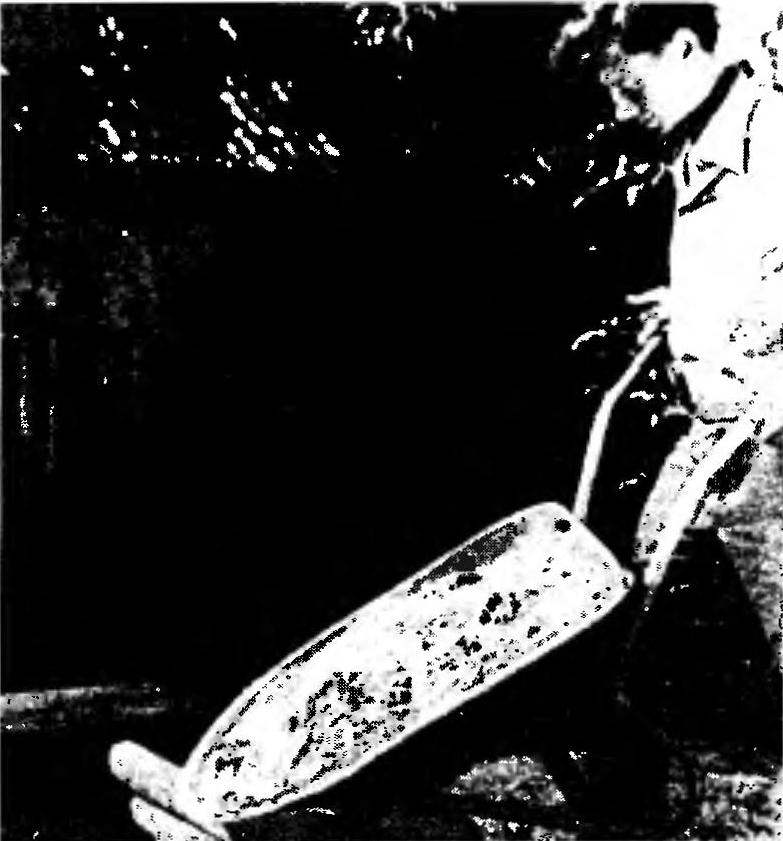 Backfilling of sand out of the car.
Over the summer sandbox was dismantled and hid until the next. So it is well preserved and will last a long time.