Windmills vs birds and moles. We have cottages, and in villages was a big crop of cherries. But flocks of starlings raiding is not yet ripe fruit. People saved them as best they could: hung on the branches of the banks, clung to the bottle, strengthened mounts and strips of polyethylene. I decided to scare away the birds hoisted on a cherry tree big windmill.

The choice of material for its production is caused by the fact that it turned out great, light and durable propeller. Once saw at the dump cans of paint on 2.5 kg, and I thought, perfect. As now written: “profit from Waste”. Manufacturer of propeller described in detail. Bank of thin sheets (Fig.1) cleared (burned at the stake) from the remnants of paint and paper labels. Inside the hole (cover) made the markings, dividing the upper part exactly on the eight sectors (Fig.2).

Then the markup continued on the side walls of the banks (Fig.Z). The snips cut Bank along the lines of markup to the bottom. Straightened cut petals and a little obstacle with a hammer to get the flat blank of the propeller (Fig.4).
When you flatten a billet junction of the side walls with the bottom two sides cut by a third line pairing (Fig.5). The remaining joint holds the folded petal of the propeller. For greater reliability propal this place.
Took a wire with a diameter of 3 mm and a length of 1470 mm (for welding torch). Bent it a circle with a diameter of 460 mm, wrapped the ends of the rings and compressed them with pliers (Fig.6).
The resulting wire circle imposed on the workpiece propeller and rounded the ends of the petals (Fig.7).
For strength propal at points A. as a result received a large multi-leaf propeller (Fig.8). In the center of the punched hole under the axle. Since the sheet is thin, to increase the strength of the axial hole soldered a washer with an outer diameter of 30 mm. 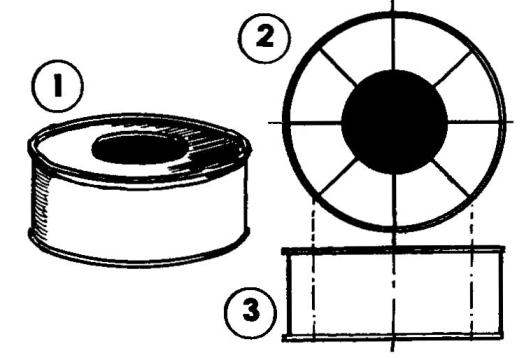 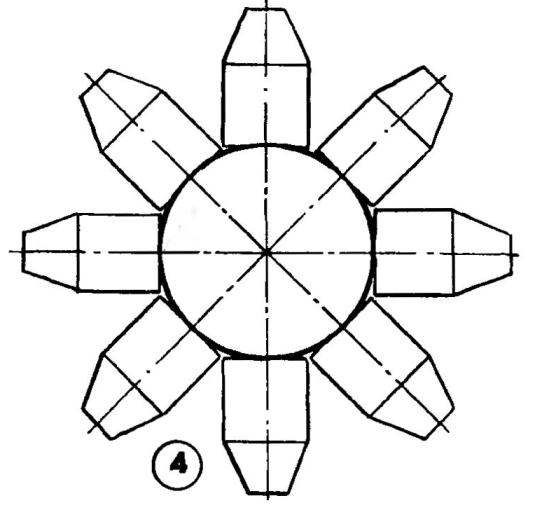 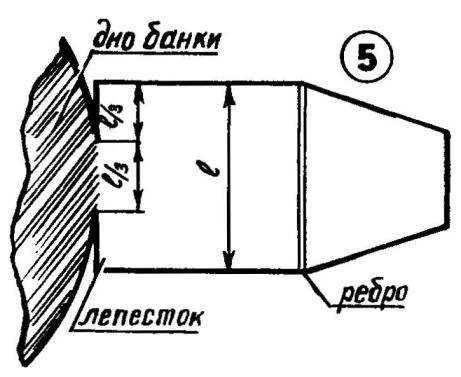 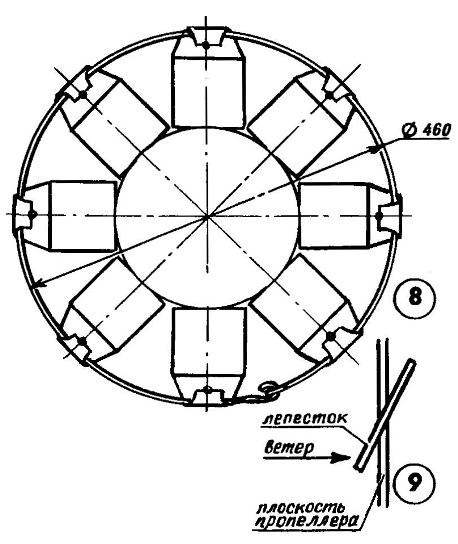 Final step: turned the petals at a certain angle of attack relative to the direction of flow of air (Fig.9). The axis of the propeller was a screw which was screwed into a wooden plank with a 30×20 cross-section and a length of 750 mm. At the other end of the strap in the vertical kerf inserted shank size 500×250 mm from tinplate (plastic). After Assembly found the center of gravity of the system prop — Planck — shank and drilled a hole for the axis of rotation. Axis was the same screw, screwed into the end of a long pole (Fig.10). Finally painted the windmill to better scare the birds, and the children happy.
The pole was not secured to the tree, and buried in the ground. Now the vibration of the rotating propeller scares and moles, banishing them from the garden.
S. DOLMAT, Nesvizh, Belarus