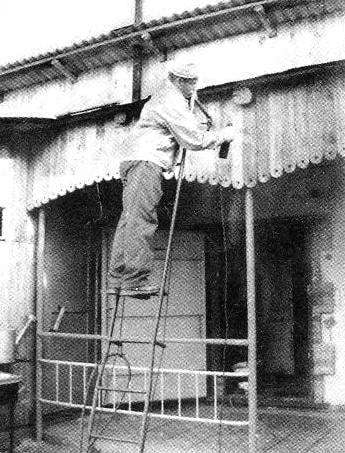 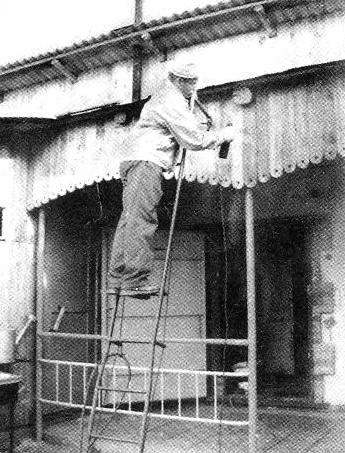 A lot of different equipment and tools required for the country, and especially subsistence farming. Not least among them is the largest ladder that I once needed, and quite long (or in this case, we can say, high) — about two meters. It quickly produced from the existing old water pipes. By design, it was simple: two parallel stands of pipe with a diameter of 28 mm and a few cross-steps between them from a pipe with a diameter of 21 mm, the Gap between the uprights “in the light” — 300 mm, approximately the same distance between the crossbars. The details connected by means of electric welding.
Another time it took a ladder shorter. Cutting in half the previous was sorry, and I’m from the same material welded other similar. Only now the gap between the posts was about 400 mm (he took hand). Between the strut distance remained about the same (and, in my opinion, the 300 mm is the optimal step). However, after the execution of the works the need in the stairs disappeared and they both long to lay idle along the garage wall.
But it so happened that after a while again took the stairs, but now even longer (or higher) than the first. There’s thoughtful — not to do the same to the third? And materials (pipes) is already almost gone. Suggests only one way out — to reduce the width of the short steps and weld the ends of the struts both. But then there were doubts — will it have enough racks rigidity to not bend under the weight of my body? Memory some acceptable solutions are not coming, and time to search in the technical literature of proven methods too. Need to think of something myself!
Well, what in the end came up with — it can be seen from the drawing and photos. And if the design composite stairs requires no special comments, the technology tension of “string” in the drawing will not see her have to describe it, although it (the technology) is also quite simple. But first I note that “string” is made of smooth reinforcing bars with a diameter of 8 mm, and the hole for it in girth — diameter of 9 mm, so the string could slide freely under load. Insert “string” into the hole in the strut, one end welded to the rack. Did the same with the other “string”. Then he called the assistant and asked him a little curving stairs (so that the concave side was on the side of the structure). Pulling the free end of the “string” (as possible), and welded it to the rack, and then similarly the other end of the “bowstring”. That’s the whole trick. As a result, the stairs are quite long length of relatively thin (and therefore quite light) tubes have gained the necessary firmness. 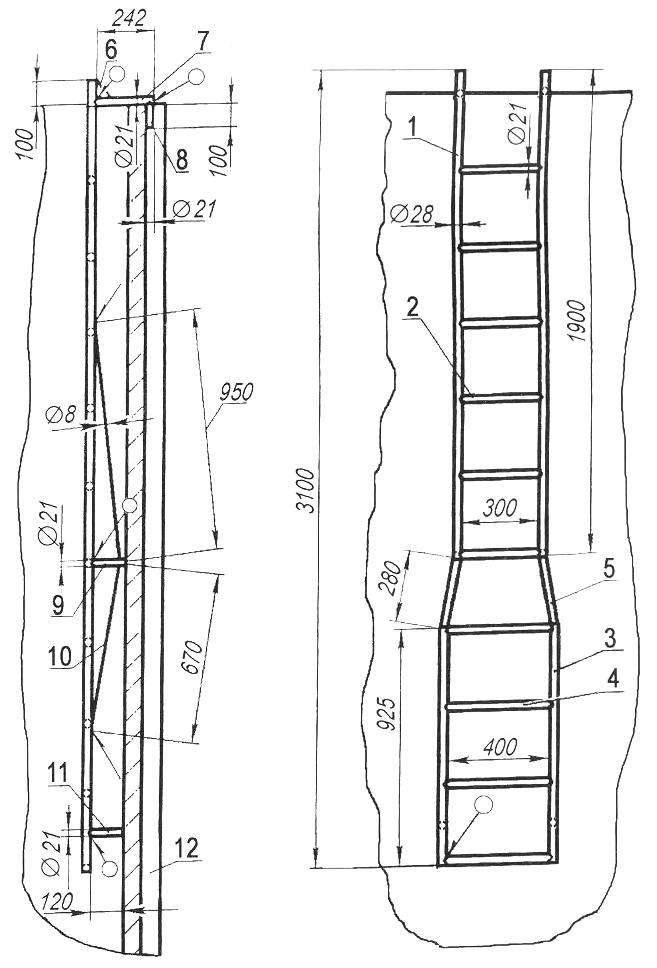 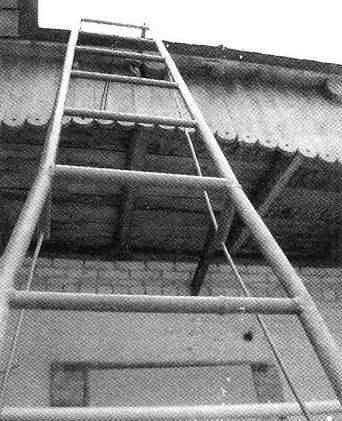 Versatile lightweight ladder of steel plumbing pipes with “withs” provide the necessary elasticity
Now the staircase has a universal purpose: used as conventional “stand-up” — to lift it on high-design and construction, and as “hanging” for a descent in depth: a well, a cellar for maintenance.
It is appropriate to say that these stairs are neighbours to move it even a few hundred meters is not difficult even for one person.
A. MATVEICHUK, Zavodoukovsk, Tyumen region.