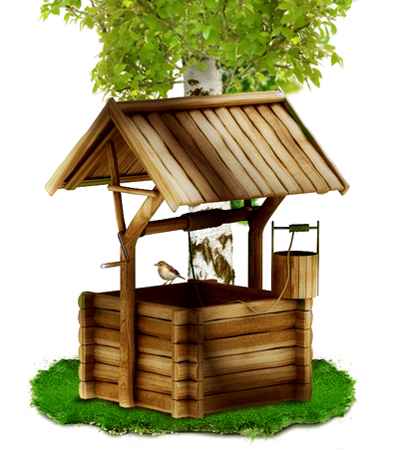 Well in our time is no less important than before, especially given the popularity of cottage construction. No tap water, even filtered through modern filters can’t compare to well.
By its usefulness, well deserves to be the visible part of not just served a protective function, but also a decoration, served as a decorative design element of the site. For those who have your well, recommend the equipment of its ground part is not limited to a simple visor with a lid, and decorate a visor, for example, as shown in the photo. Pictured here the roof superstructure will be suitable for the existing well, and can serve and just his idea, a beautiful part of the area, if you are unable to acccess well.

Proposed option krysheval add-ins experts call the “Danish well.” Its base is a ring of large rough stones, fastened with cement mortar. Internal diameter — 1.2 m, and outer — 1.5 m. Such massive stone walls requires a solid Foundation. They can serve existing concrete ring dug wells or made specifically pledged to the depth of soil freezing in the winter for the area. For the purpose of saving material such a Foundation is not a continuous annular shape, and is made in the form of a series of concrete poles, subsequently connecting to the ring only at the top.

Outlining a place for the Foundation, is removed under a 15-cm layer of soil according to the diameter of the future of masonry. Then this circle off the ditch with a depth of 200 mm and a width of 300 mm, in which using a drill (e.g. garden) drill several holes to a depth of 600 mm. Obtained in this way form is filled with concrete to ground level, and have yet to complete setting, the solution lay first row of masonry.

Simultaneously with pouring the Foundation and laying the first ring set two pier under the canopy of the well, and cementing the masonry Foundation and cement mortar. After shvatyvanija concrete masonry continue. To give it the “old” look the solution is to add gravel and bury the mortar between the stones for 6 to 12 mm. 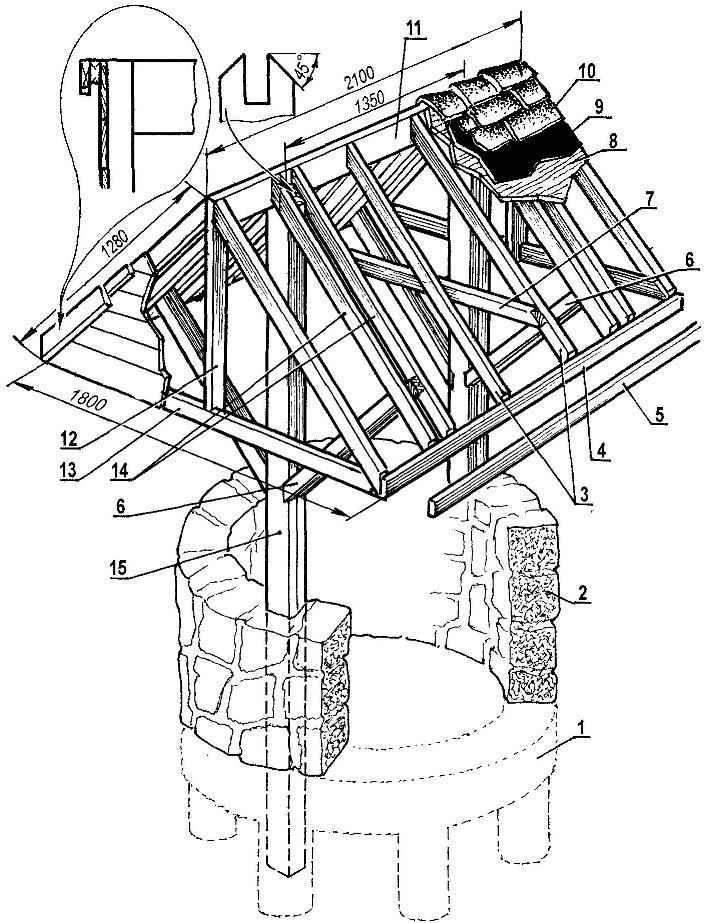 The shed consists of a roof of triangular cross-section that is collected separately on the ground and then put on like a hat is on these two pillars. The latter can be of solid timber or post and composed of two boards. The roof part is connected with them also by means of four struts. 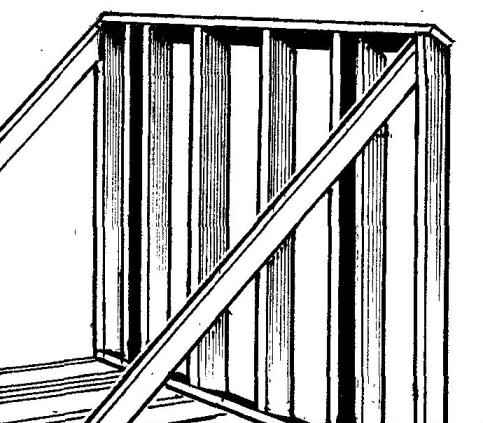 As already mentioned, the roof is going to pre-on the ground of 50×100 mm. the boards of the First rafters, one side is connected to the ridge and the lower longitudinal strap. Rafters the other hand is to strengthen, putting first Polubotko on the ground: as the angle between the rays 90°, the rafters of the second side is convenient for operation in a vertical position. The rafters of both slopes are fastened cross bars. 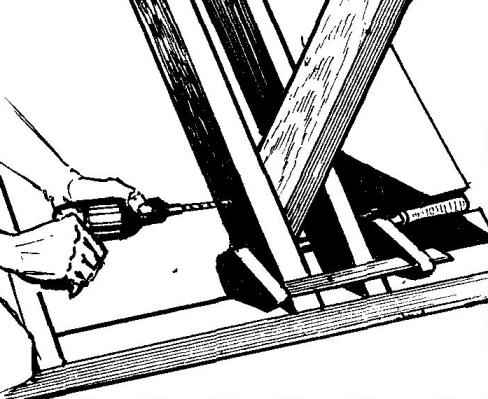 Before installing the roof to support the skids are prepared for casing, which consists of three layers. First, the lowest (sheathing) can be plywood Board or imposed directly on the rafters. This layer is laid roofing felt and on top of it — ceramic tile, modern metal-plastic tile or slate. End side of the roof can be covered with boards.

Completes the construction of the installation of wooden or metal gate-wheel-pulley tied on a rope or chain with wooden tub.