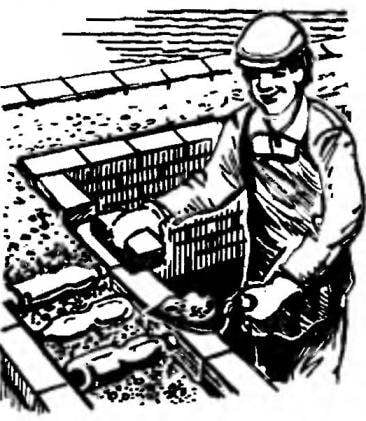 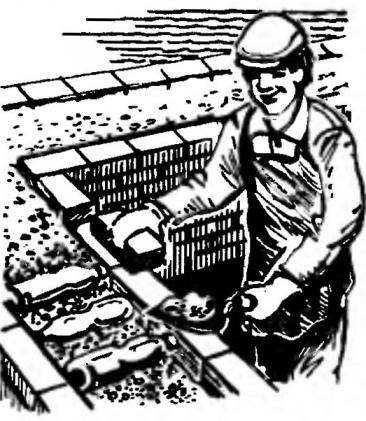 I am a regular reader of your magazine for over 25 years. In response to your appeal to subscribers to be not only readers, but also active authors, I decided to share an interesting technology on which built their house: in wall construction is widely used bottle plastic container. I think anything like this over the years, the press was not published. However, I remember about 15 years ago in one of the magazines published an article about the craftsman who built the house out of an empty glass, but it’s kind of isolated cases. My experience is more accessible and can be useful to many.

With plain brick building with two floors, which is now millions. However, we have for its construction, compared with traditional technologies, took almost twice less costly building materials — cement, gravel, bricks, that at the present time very important. Moreover, the geographical and climatic features in our Saratov region, where the summer heat is below 40 degrees, and in winter the temperature is under 30, present to the special housing requirements: the house must be durable, with thick walls that are well would keep you warm in the cold and, conversely, would provide in home cool in the hot period of the year.

The General scheme of construction of the house classic. Construction started with excavation, making its walls are strictly vertical. Stepping back from them by the width of the future Foundation (300-500 mm), laid out around the perimeter of a row of red brick: flat, larger side close to each other (Fig.1). On it — three rows of one brick is also flat, but along the docking end parties. Got the wall, which serves as both the formwork: after a couple of hours when the cement has hardened, she jotted down a layer of booth (fragments of bricks, stones, waste concrete and metal at the rate of about 50 percent of the volume) and filled with a solution (Fig.2). Hand rammer went through all the possible holes and cracks. The corners have pre-established vertically the old metal pipe (asbestos cement with the diameter of 80-300 mm) for later use under ventilation, wiring and other things. 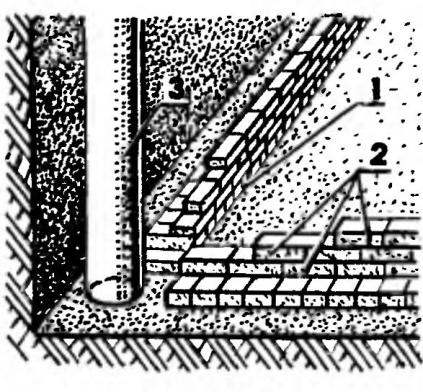 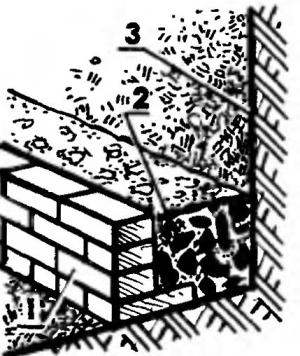 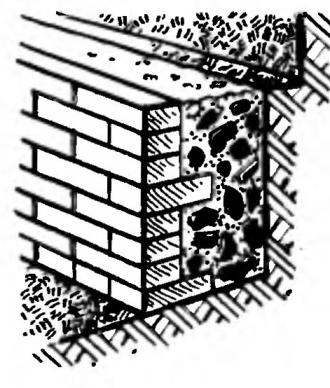 Fig. 3. The foundations to the extension. 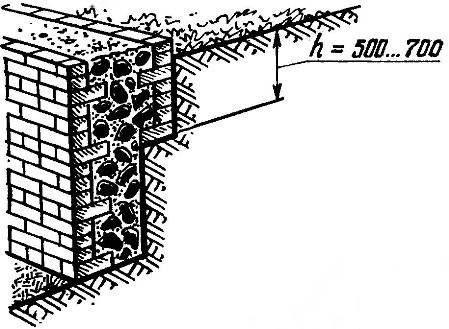 Fig.4. Foundation with extended part under the walls. 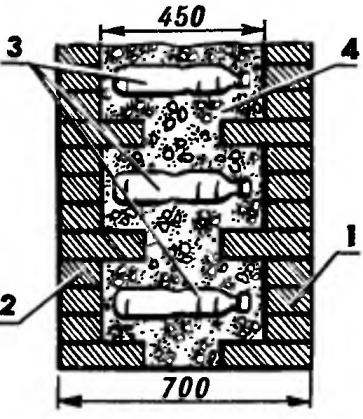 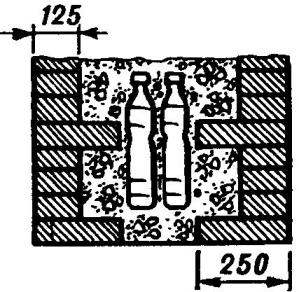 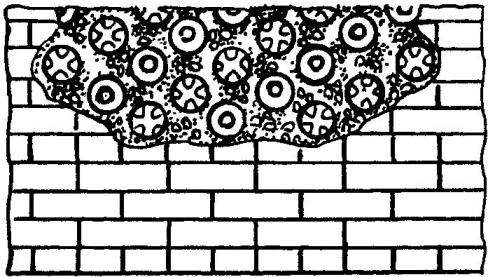 Fig.7. The horizontal option of laying the bottles in a staggered manner. 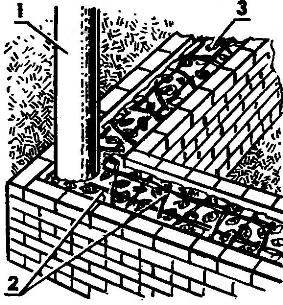 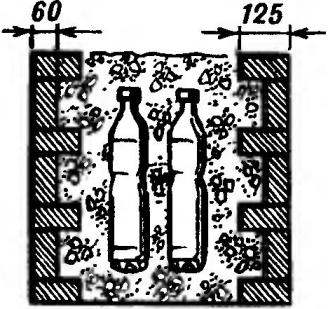 Fig.9. Option lightweight masonry.
This pattern of masonry were preserved and further (Fig.Z), up to the widened (step) part of the pit (about two feet before the so-called zero mark): things were already double sided masonry brick filled with rubble concrete (Fig.4).
At the eight-hour day, two people have posted thus basement — aka Foundation — size 6x6x2 m in two weeks.
The walls were erected, in principle, the same scheme, that is, masonry makes and forms. Even porjadovki the same: a row of brick in three rows, in a half-brick. But filling the gaps with mortar was used plastic bottle containers. This filler was the best: have a horizontal (Fig.5), bottles with a capacity of 1.5—2 l is included in the space between the brick walls, which for our region shall be 450 mm — a little space for the installation of the third frame.
In the process, there are options bookmarks bottle: vertical position (Fig.6) and more dense horizontal staggered (Fig.7). Practice has shown that the preferred bottle with a screw-top tubes; if the tubes are missing, the bottle should lay with their necks down, pressing into the solution for integrity, otherwise under the weight of the concrete, they lose their shape, flattened, and lost the meaning of their use.
Roughly such filling takes up to 50 percent of the volume of the concrete mass. Maybe more, but then for strength you need to lay some metal fittings. Our neighbors in the filler used all the “wealth” today’s landfills: cans of paint, toys, glass. However, the plastic bottles out of the competition: convenient, environmentally friendly, and heat and sound insulation qualities — above all praise.
In the corners, where, as already mentioned, set the ventilation pipe, additional reinforcement is laid (Fig.8).
When we have gained some experience in the construction of walls, the second floor had been another lead: a row in a half-brick, some brick on edge (Fig.9). Interestingly, the speed of the increments of the walls remained approximately the same as on the first floor.
We have more than five years old are houses that were built according to the described technology or using its elements. Reviews — only positive.
Will be happy if our experience will be useful to someone of the readers.
A. BONDAREV, Balakovo, the Saratov region