(The end. The beginning in № 5, 1975)
In the previous issue we told about the new boat, created in our public design Bureau. Combining the best traditions of Russian small shipbuilding and new trends, this boat caught our attention the perfection of forms and comparative ease of fabrication and availability of materials used. So, again, “Ruslan”.
G. MALINOWSKI, master of sports of the USSR
Housing Assembly is made up the keel on the stocks of two wide boards thickness of 40-50 mm, set on edge (Fig. 1). A slipway is sometimes called a frame, because it really is a rigid frame that provide a greater precision of the installation frames, the longitudinal elements of the set and ease of operation when the casing frame with plywood. Frame stocks in process, operations can be moved from place to place, repeatedly to turn without risking to disturb the relative positions of the set, etc. Referred to in some manuals, the method of Assembly of the hull on the slipway of one Board, set on edge, is obsolete.
On the stocks with high accuracy should be made the markings for the slots, in which when installing samotnych framework includes Sergen-strap (see Fig. 1A) which are fixed on their places (after adjustment) nails or small wedges. Experienced builders usually stick with Sergen-strap tightly, which provides a set of greater stiffness.
Samotnie frame after installation (see Fig. 1B), it is desirable to strengthen the temporary longitudinal struts and braces. This will ensure Squareness of the part relative to PD and will help to avoid distortions that occur when you install elements of the longitudinal set.
The next operation — frame longitudinal members (see Fig. 1). It is in this order: 1 — the keel with the stem, 2—, RUB rails, 3 — bilge stringers, 4 — side stringers, 5 — bottom stringers. Marking the grooves for the tie being in place with the help of long flexible strips, imposed simultaneously on 2-3 frames. The rake helps to discover inaccuracies and correct to produce malkivka.
Malkivka is to remove irregularities and protruding corners of the individual elements of the frame to the sheathing snugly to him tightly and evenly, without distorting specified by drawing the shape of the hull. Malkivka runs small planes, chisels and rasps. From the thoroughness of its execution depends on the strength and appearance of the product.
The hull plating “Ruslan” plywood has its own characteristics. The fact that the side panels, svetimas down, forming the outer wall of the sponsons. So first needs to be trimmed Central part of the body, with a small allowance for processing, and then one side, overhung the appropriate value. Then, under the overhang glued the foam that forms (from frame No. 2) tunnel between the sponsons and the middle part of the body (see Fig. 1 G). Cut the plywood on the best pre made templates out of Kraft paper or thin cardboard.
The bracket cover to the frame starting from the transom towards the nose. The connection of the sheets is “mustache” right on the frame or in advance.

Fig. 1. The sequence of Assembly of the case frame on the stocks:
A — basic dimensions of the bench; B — installation samotnych framework using Sergen-straps (frame No. 1 and the transom Board are attached with screws directly to the end walls of the bench); In — frame to the longitudinal frame elements (keel, fenders, bilge stringers, and dairy); D — the casing frame with plywood; D — pasting ready-made body.
Plywood is attached to the frame in the following way: nails “Usagi” to the stringers and screws with a length of 20 mm to the frames and keel (see Fig. 1D). Before putting a plywood frame carefully smear epoxy glue. On the end portions of the parts glue is quickly absorbed and the sauce has to be repeated. The heads of nails used for fastening plywood to the frame, pre-crushed, so they could “drown” in the plywood — otherwise they will tear the fiberglass which is glued to the housing. Heads of screws should also be embedded 1-2 mm depending on the thickness of the plywood.
Sheathing housing entirely, start Vileika foam tunnels. First glued pieces, approximately matching in shape. The final treatment is performed after polymerization of the adhesive. Minor irregularities are smoothed with mastic from wood sawdust with epoxy.
The sequence of the gluing of the hull with fiberglass: first, narrow strips edging and after polymerization, carefully smooth out corners and edges on the lines of the dock. Then paste over the entire surface of one layer of fiberglass, ASTT-B. Set in place the longitudinal planing steps and carefully hang strips (or strips) of fiberglass.
Body paint is done on the ground No. 138 or AG-10 epoxy, glyptal or nitroglycerine enamels by conventional techniques. Well established recently in the sale and import of alkyd enamel.
MANUFACTURER ADD-ONS
The frame of the superstructure (cabins) are a framework (Fig. 2) and the longitudinal rails (stringers), collected on glue and plywood brackets. The lower part of the frames (“legs”) connected to samotnie a part of the body, as shown in figure 3, providing, thus, the necessary rigidity of the whole structure. After gluing the frame of the superstructure is completed, it is necessary to otmachivat to prepare for sheathing plywood (thickness is not more than 3 to 4 mm), otherwise the add-in will turn out too heavy. Usually the add-on, sew plywood deaf, and cutouts for glazing, it does have in place a narrow vygruznoy hacksaw; the one we recommend. 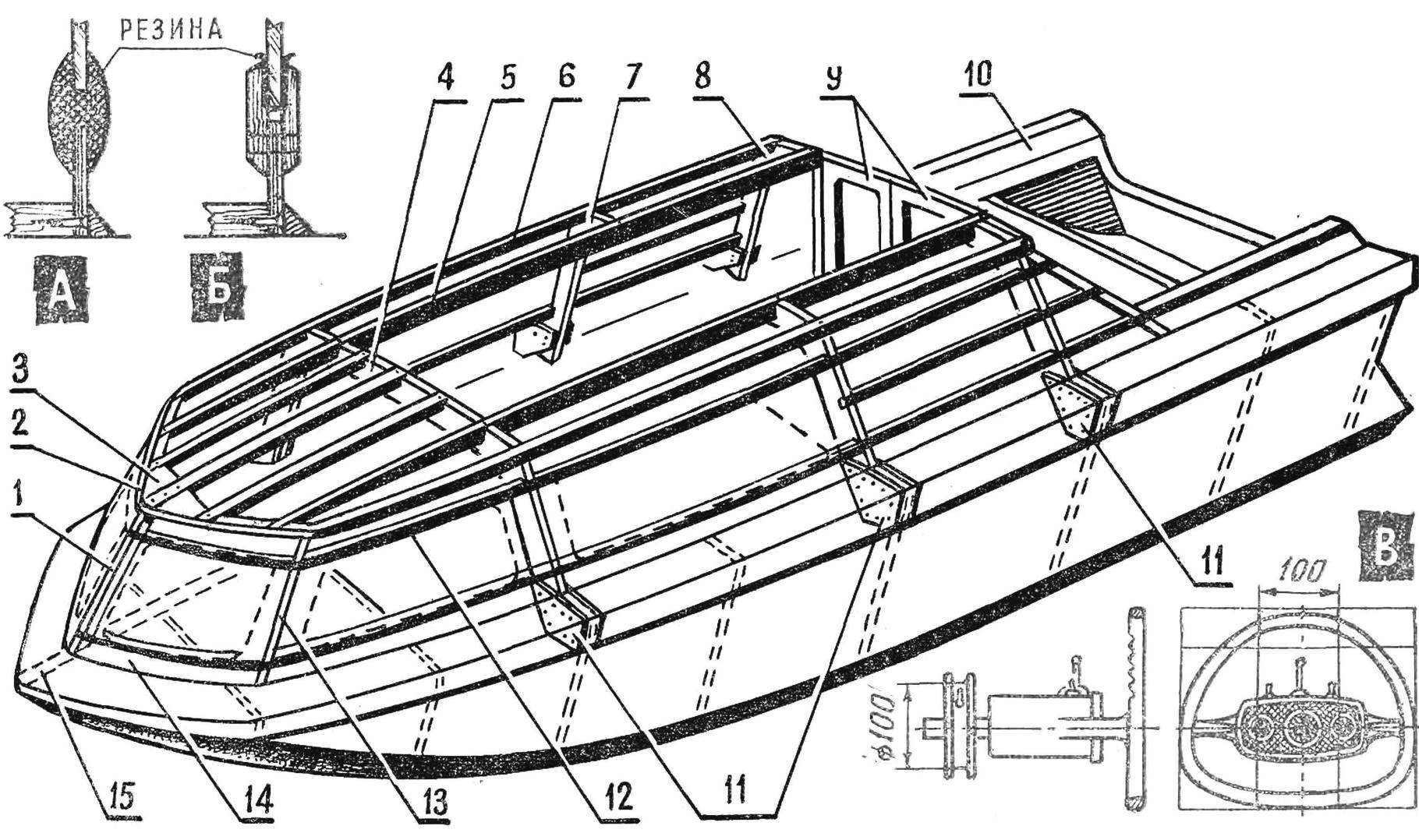 Fig. 2. The design of the superstructure (cabins):
1 — Central front windshield, 2 — tying the front of the roof, 3 — boss, 4 — solid frame of the superstructure on the frame № 3, 5 — reinforced stringer according to the contour of the opening of the roof, 6 — corner stringer, 7 — stand on the frame No. 5, 8 — strut on the frame № 6, 9, door frame, 10 — bulk bulwarks, 11 — plywood cnica connecting frame add-ons with optimise. 12 — stringer on the contour of the glass 13, a side front windshield, 14 — rail of the windshield, 15 — Midel’veys. A — insert glass with rubber gasket; B — insert of glasses with frames made of plywood; removable steering wheel with the devices.
Insert ordinary glass openings in the superstructure should not be; better to use laminated or Plexiglas. For windshields, this requirement necessary. Glass insert on the rubber gasket, as shown in figure 2B.
Windshields must be set to “wipers” — the wipers with electric or manual drive. Practice has shown that it is better to put on top, because when you install from below is complicated by the waterproofing.
Outside, the entire superstructure must be covered with a single layer of thin fiberglass epoxy resin. This should be done before installing the glass; if the pasting will be done after the glass should be protected from resin, glued them on grease wrapping paper.
Sliding of the cover consists of a light wooden or metal frame, sheathed with plywood with a thickness of 4 mm. Transverse bars should be bent out of shape that the lid was slightly convex, as shown in the drawing. If desired, it can be done without sliding and removable or opening on hinges; this is largely dependent on the sailing conditions.
The placement of controls and equipment interior “Ruslan” is displayed on the layout and drawings. The steering wheel is located on the line of DP, it permits the installation of motors with any direction of rotation and is especially useful when towing water skiers, when the driver requires freedom of movement. Steering wheel “Ruslan” traditional OKB “M-K” functional type, easily removable, with the instrument in the hub (Fig. 3). Electromanometer equipped with a switch that allows you to measure the speed of both motors, one by one. The speed indicator is made based on a compact gauge 1 At (GOST 53125). On the steering wheel are mounted two connectors: one is octal, type FR, for the wires of the electrical system, the other for the receiver pointer speed (juricova tube inner diameter of 3 mm). The steering drum of large diameter ensures very low consumption (deviation) steering making control of the boat responsive and pleasant. 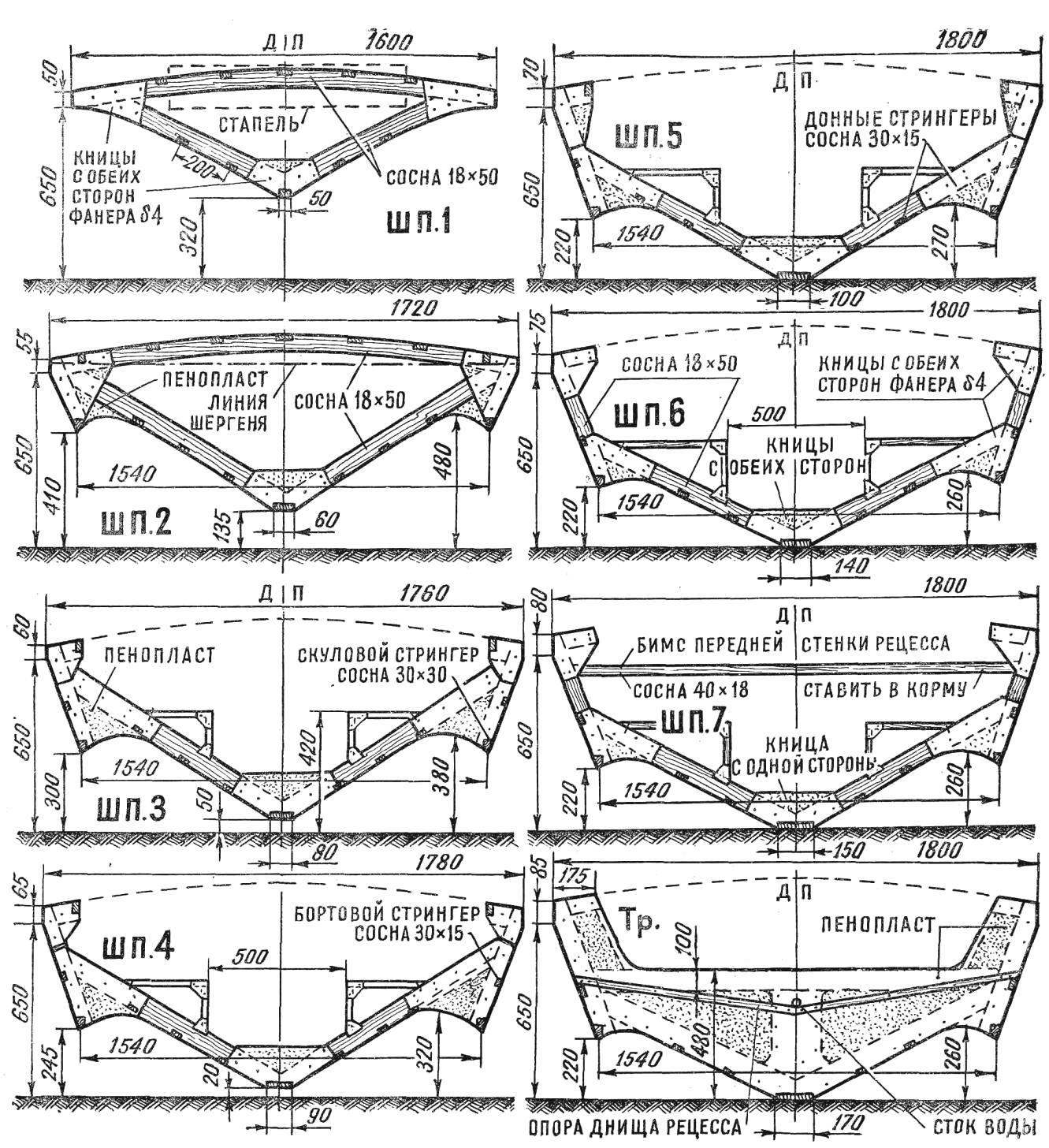 Fig. 3. Structural drawings samotnych framework.
In addition to these instruments, steering-wheel-located toggle switches electrical systems: center — index pulse signal, and on the General panel switches navigation lights, headlights-seeker and ignition engines. Inside the add-in padded harness with three outlets to enable the portable lamp or small lamps mounted on the plug. Radio type “Geologist” (the most water-resistant model among domestic transistor receivers) and the TV “Shilyalis” have the special socket and mounts on the front panel. The driver can use them on the go, without leaving your place, and stops them easily be transferred to the shore.
Tourist gas cooker, mounted on the right cabin wall, also easily removed from its socket.
Special fuel tank for “Ruslan” is not provided. We believe that stationary tanks in our conditions are not necessary, since gas stations on water no fuel and still have to wear the cans. Therefore, the power to the motors is carried out directly from the canisters, the United simplest tees in two groups of two cans each. This system is proven in the long operate and was very comfortable. Jerricans made of polyethylene with transparent walls make it easy to control fuel consumption. 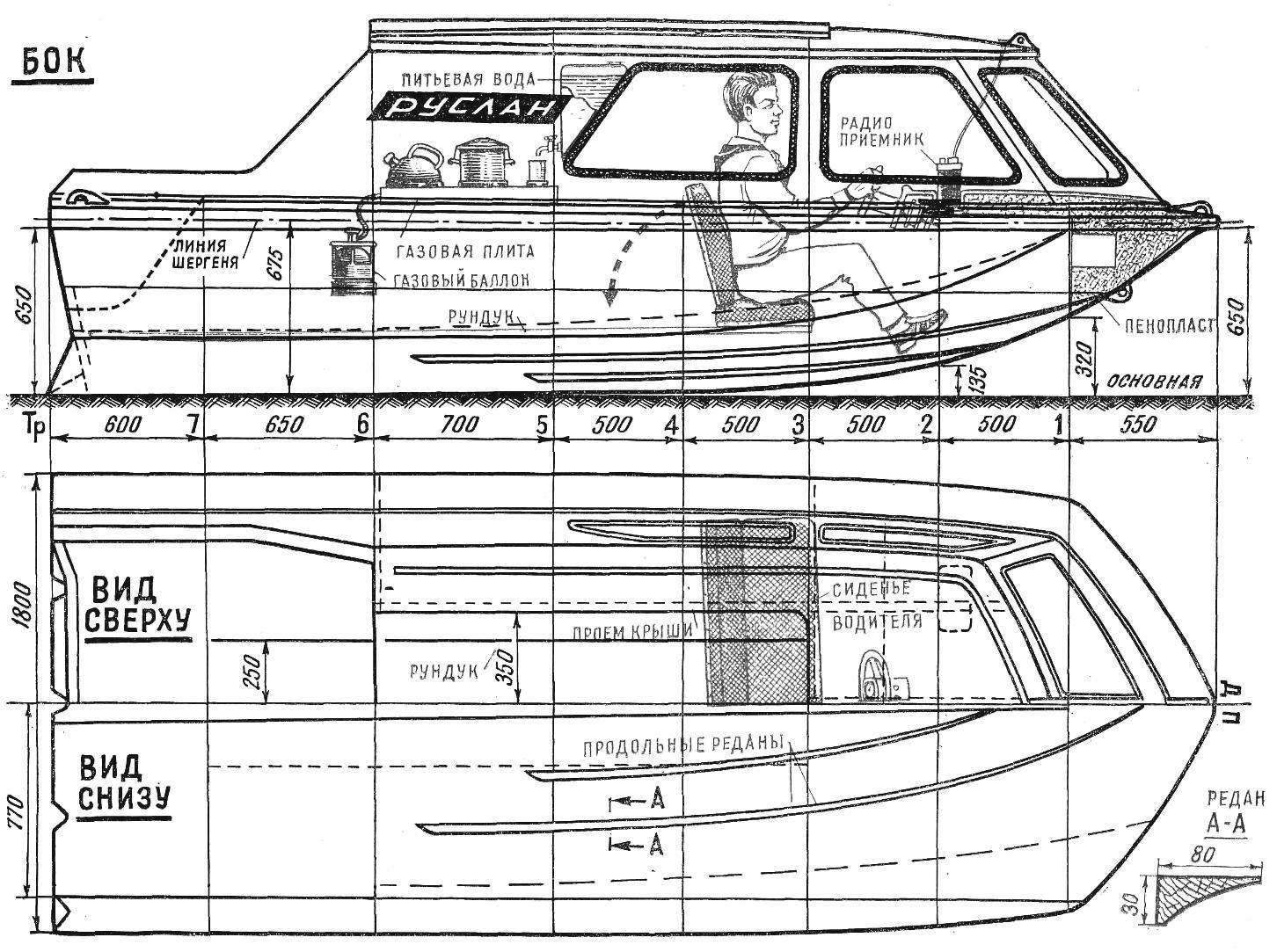 Fig. 4. Cabin boat “Ruslan” projection “side” and “Poloshirt” (side view, top and bottom).
The system of motor control consists of a simple gas sectors with odnorazovoe transaction and return spring on choke carburetors. Management is carried out by reverse dvuhromovo scheme widely known type and may be easily removed. The motors are connected by a tubular rod, adjustable in length by means of threaded connectors. The antenna device is a folding mast, the bottom of which is mounted on the connector type, SHR and the upper running light and three telescopic antennas, two of which serve the TV and one receiver. TV antenna made easily removable so it can be used on the shore along with a TV.
The navigation in 1974, we took a further set of two telephones (children’s toy). It was useful for when moored to the mooring of boats with a base camp located on the shore. Very convenient also to have a radio in the VHF band, comprising a radio link between cargo and passenger ships; this will avoid many surprises and troubles, especially when sailing at night and in poor weather conditions.
G. MALINOWSKI, master of sports of the USSR