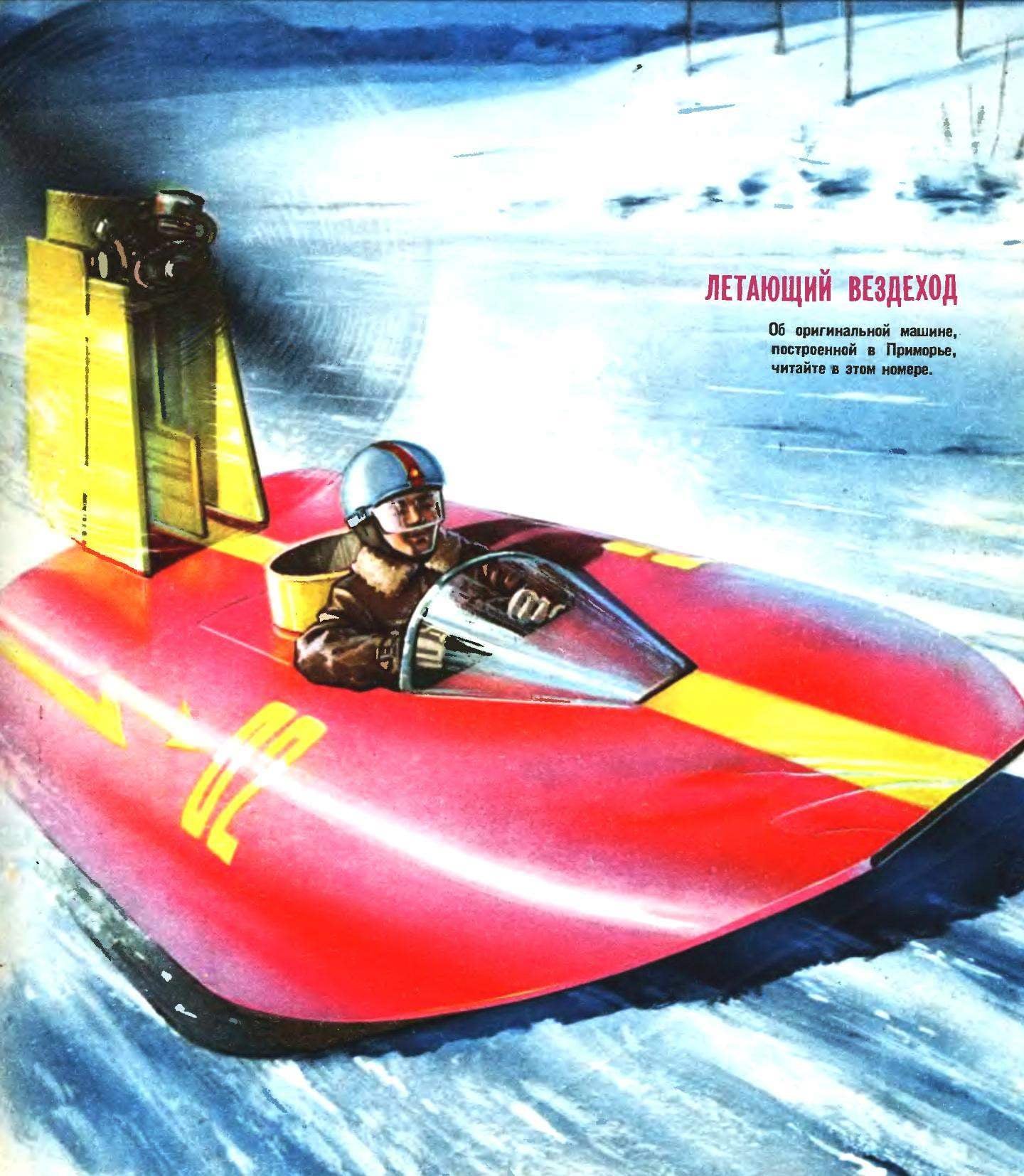 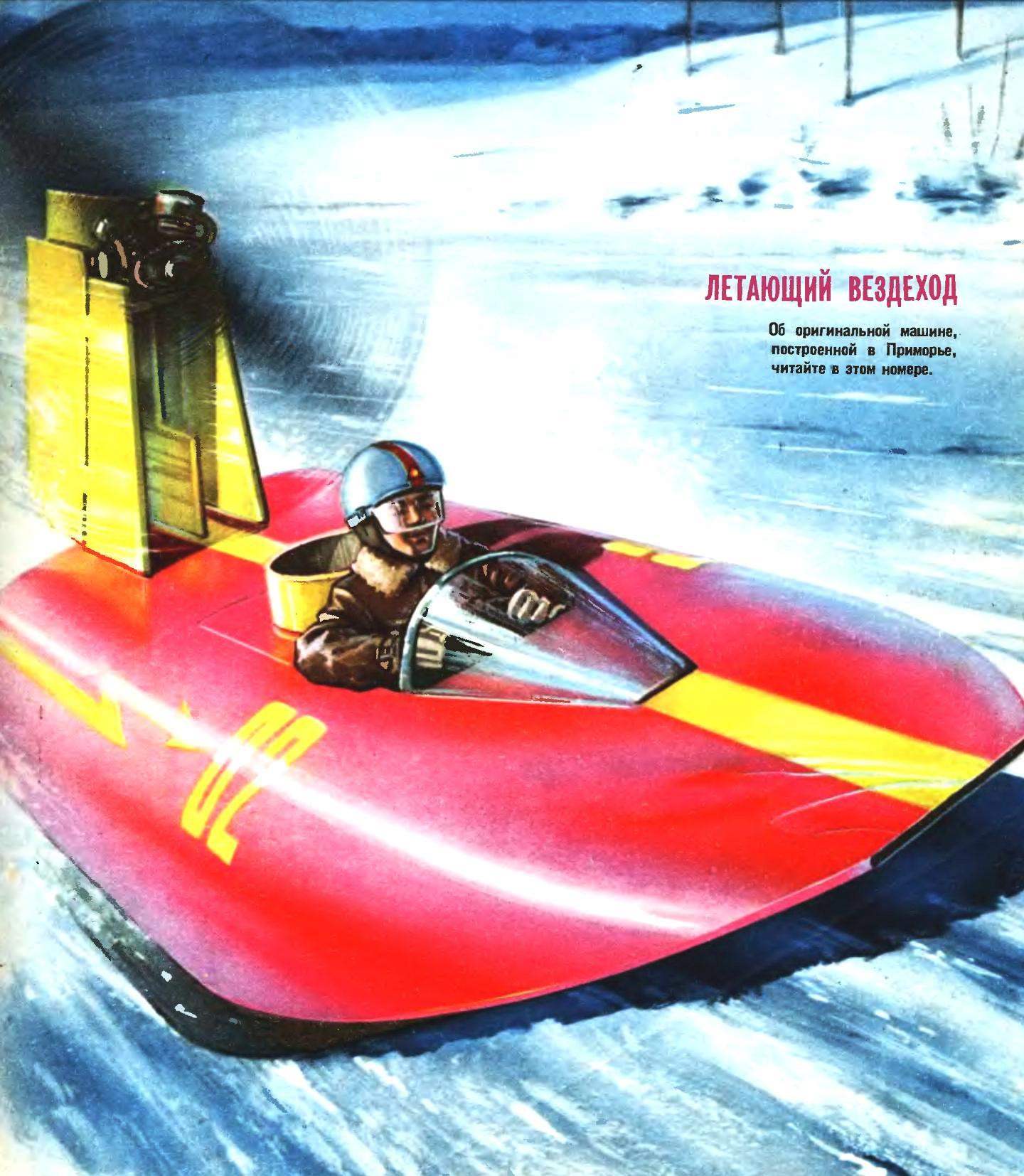 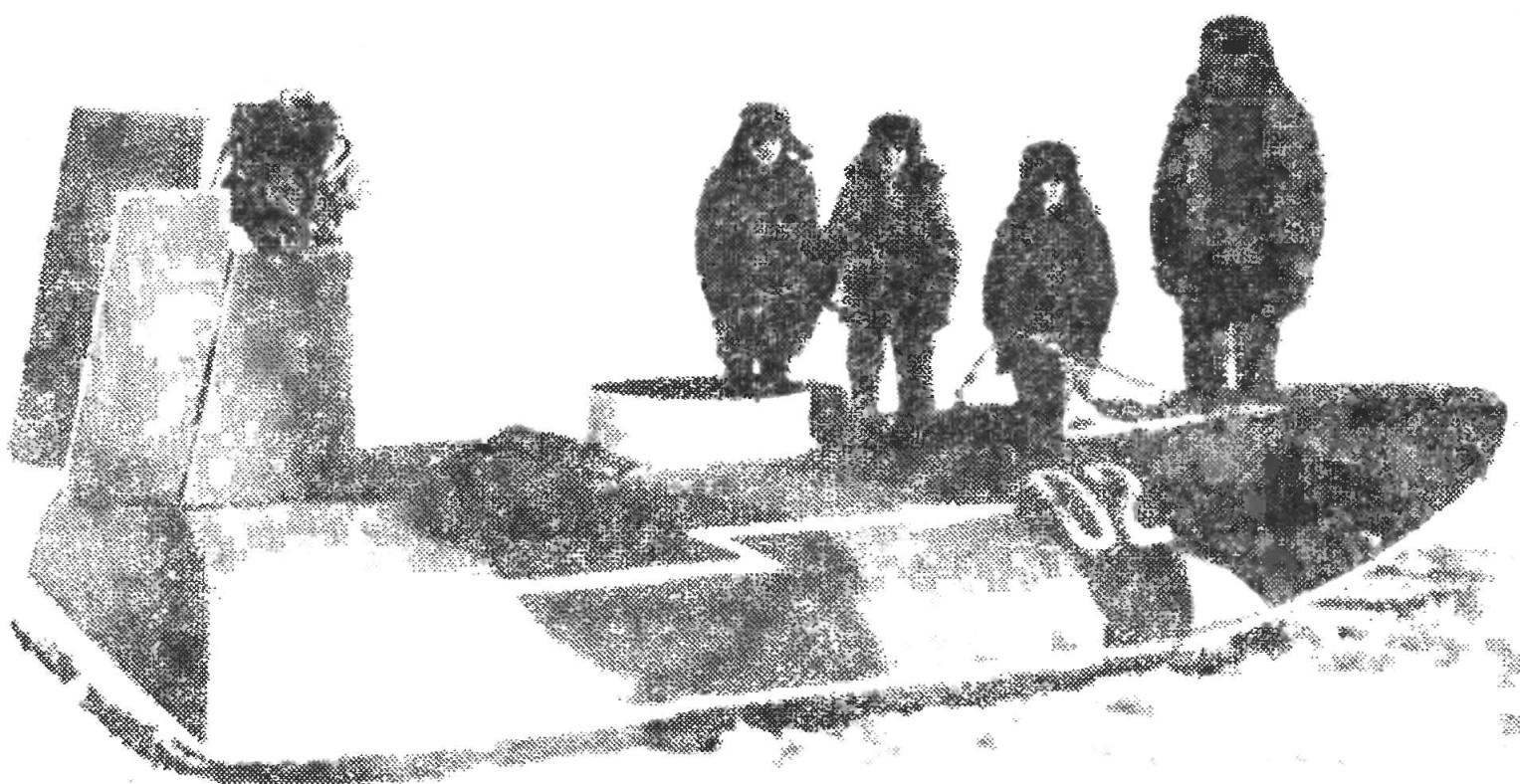 In 1973, the “modelist-Konstruktor” published a description of the vehicle on an air cushion, created by Swedish designer, Amateur Turnhere Gustavsson. “Furious” — so named this car like many enthusiasts of technical creativity.
…Village of Mikhailovskoye of the Mikhailovsky district of Primorsky Krai. The farthest point, where it’s a letter to the editor with photos and a brief description of the vehicle, based on the plans published in the journal.
Works here the initiative group of fans of technical creativity under the guidance of the master Golden hands N. P. Kuraev.
In creating the Rover was attended by young enthusiasts of technical creativity V. Ivanov, N. Korolyov and others. Of great practical assistance rendered them a collective farm mechanic V. A. lake, before his own hands made a few interesting machines: little micro-car, small tractor, snowmobiles.
Case our vehicle, generally corresponds to the Swedish prototype. His power set is of wooden slats, lined with plywood 4 mm. Skirt, which limits the area of high pressure, made of tarpaulin. The upper edge it is secured to the housing. In the lower inset nylon cord Ø 5 mm to increase the “rigidity” and resistance to wear. 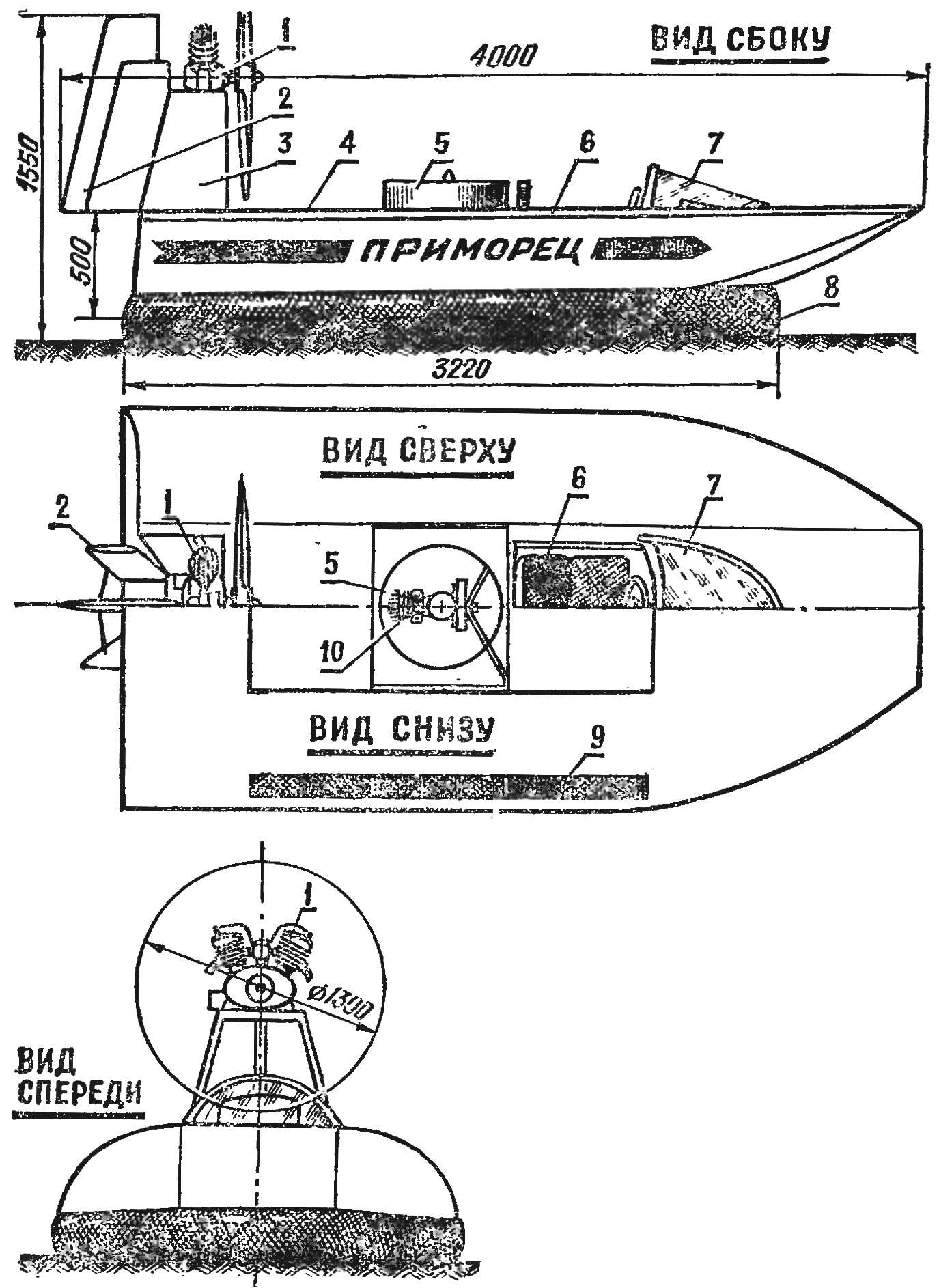 Fig. 1. Scheme from three perspectives:
1 — main engine; 2 — air handlebars; 3 — pole main engine; 4 — the fuselage (body); 5 — shaft of the fan motor; 6 — cab; 7 — a windscreen 8 skirt; 9 — slot air outlet in the skirt; 10 — fan motor.
The main changes touched the fan and the sustainer motor installations because the engines recommended by the author of “Violent”, at our disposal was not. To drive the fan we used deactivated the tractor “of puskach” — PD-10, in which the cylinder with water cooling replaced by cylinder air cooled — from a motorcycle “IZH-56”. Carburetor — scooter T-200; the suction nozzle of the carburetor is displayed in the next compartment, where it is connected with the air filter a large volume. Engine starting is made by manual cord, namachivayam on the flywheel. For passage of the starter cord in the fence is a fan made hole Ø 15 mm.
The fan motor installed on T-shaped wooden stand and attached with four bolts, Ø12 mm, which included holes in the bottom of the case. In addition, to eliminate vibration extra mount the engine head n the body of the car the two braces. As the fan is used the impeller from the tractor-100, Ø 560 mm, mounted on the flywheel through the sleeves four pins Ø 10 mm.
For the March installation of used aircraft starting motor M-10 a capacity of about 10 PS at 4300 rpm. It is installed on a makeshift pole and operates with the pulling air screw Ø 1300 mm, the cavity of which is made from discarded tail rotor of the Mi-1. Oki is reduced to the desired diameter and fixed in the sleeve that allows you to adjust the installation angles. The adjustment is made with the motor off the printed scale on the flange sleeve, and the risk for butt of the screw. The maximum thrust developed by the screw 40 kg (measured by dynamometer). 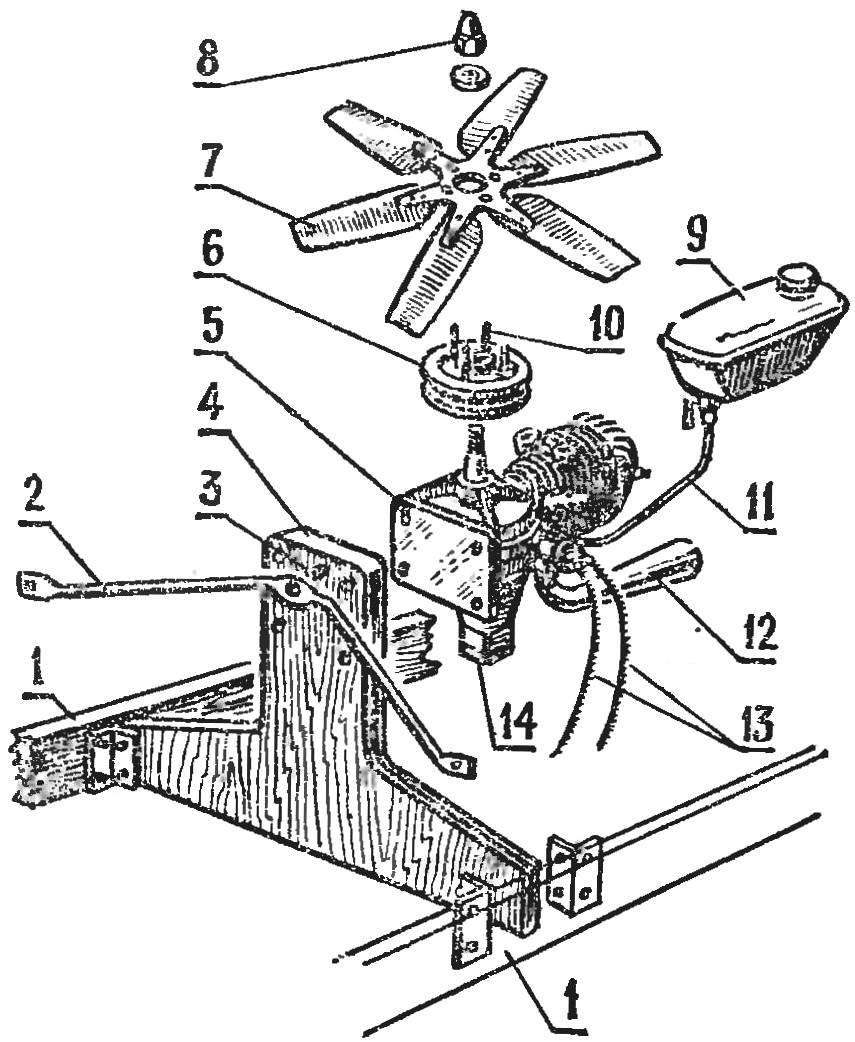 Fig. 2. Install fan motor (PD-10 with cylinder IZH-56):
1 — longeron of the fuselage; 2 — front strut mounts engine mounts to the fuselage; 3 — a bolt of fastening of the bracing; 4 — motor; 5 — motor; 6 — a pulley to start the engine; 7 — fan; 8 — a nut of fastening of the fan; 9 — tank; 10 — stud fastening of the fan; 11 is a fuel pipe; 12 — suction branch pipe of the carburettor; 13 — control cables, carburettor; 14 — cylinder magneto.
The rudder control apparatus is connected by cables with two air rudders. The Central wheel has an aerodynamic compensator. In the driver’s cab are two of the Gaza strip to control the motors, the levers of the air corrector and damper heated the carb, and you can also toggle the electrical system and ignition.
Tests conducted on virgin snow last winter, showed that the car is well kept on the air cushion, quickly gaining speed, easy to listen to the rudders.
Our group, in addition to all-terrain hovercraft, built and tested a microplane and a small trehmernye snowmobile, which showed when testing the speed of 70 km/h.
N. KURAEV, Mikhailovskaya, Primerenie edge