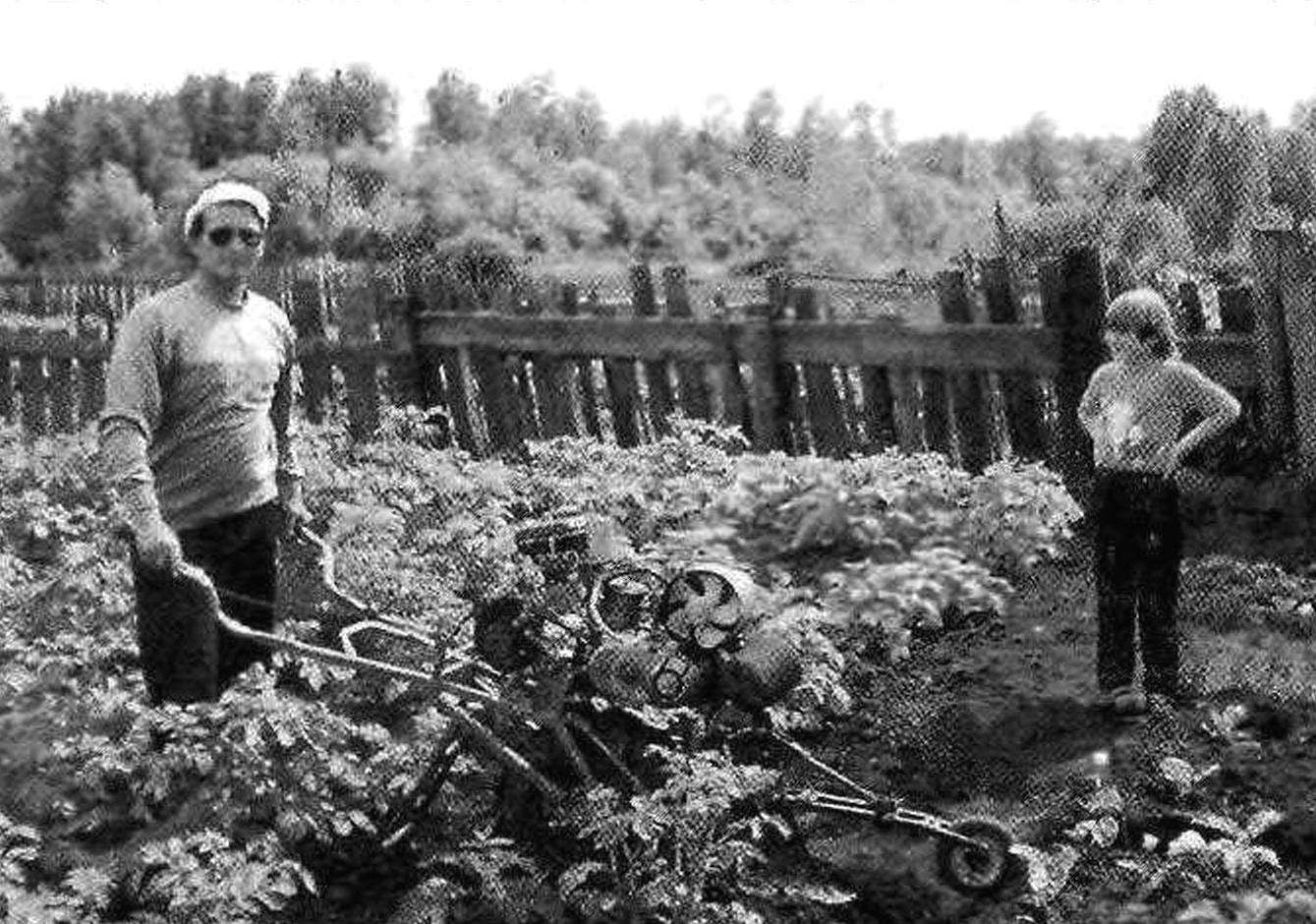 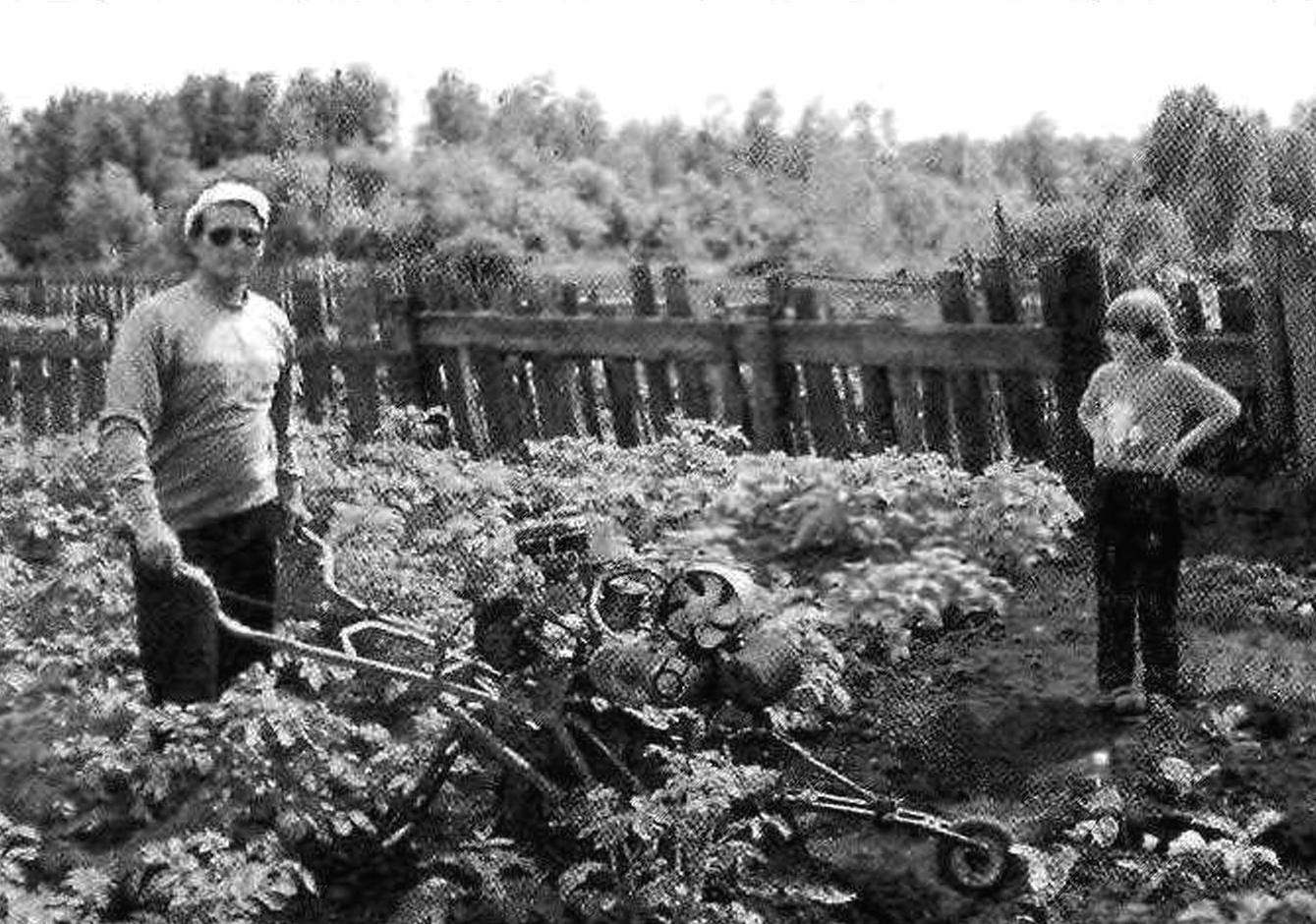 Do not consider it shameful to use a good development designers and lovers they share the magazine. But, armed with their interesting ideas and technical solutions, and the very creative approach. So for the treatment of potato between the rows was made cultivator-Hiller. He arranged for motorcycle scheme, when working on (cultivator or Hiller) is located between the two running “in the tracks” wheels: guide (“sulker” from children’s pedal cars) and leading (of the scooter Tulitsa).
The engine — a motorcycle “Minsk” with the standard electronic ignition system and a carburetor from its predecessor, the M-103. It is mounted on the subframe of the pendulous fork “Tulitsa” over the drive wheel. Its cylinder is equipped homemade forced air cooling. Power transmission: chain, two-stage, with intermediate shaft. A compact and efficient muffler — tank blowtorch.
Two-threefold treatment of plot area of 15 acres over eight seasons proved the viability of the design.
S. yakishev in a, p. Yeniseisk-15, Krasnoyarsk Krai