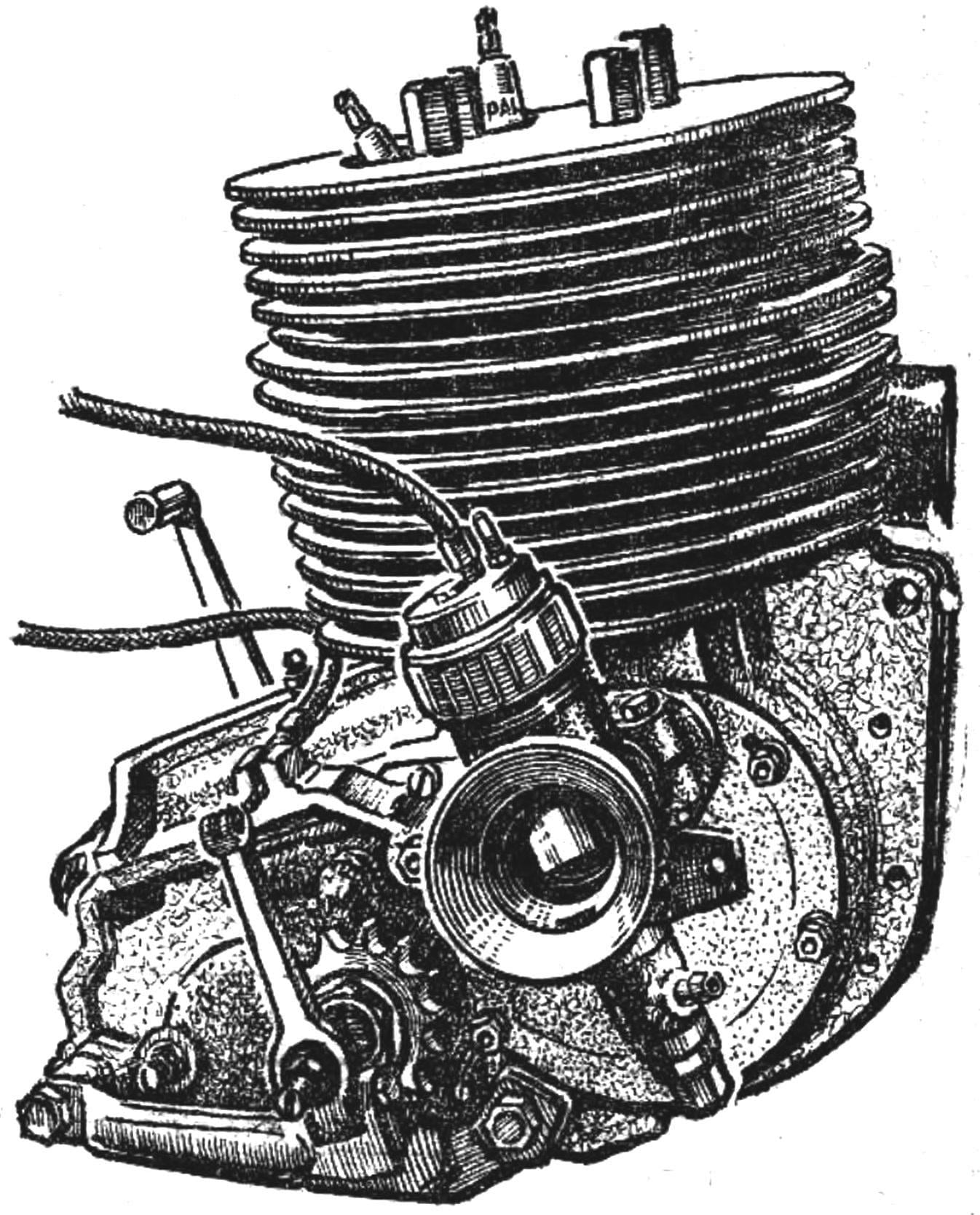 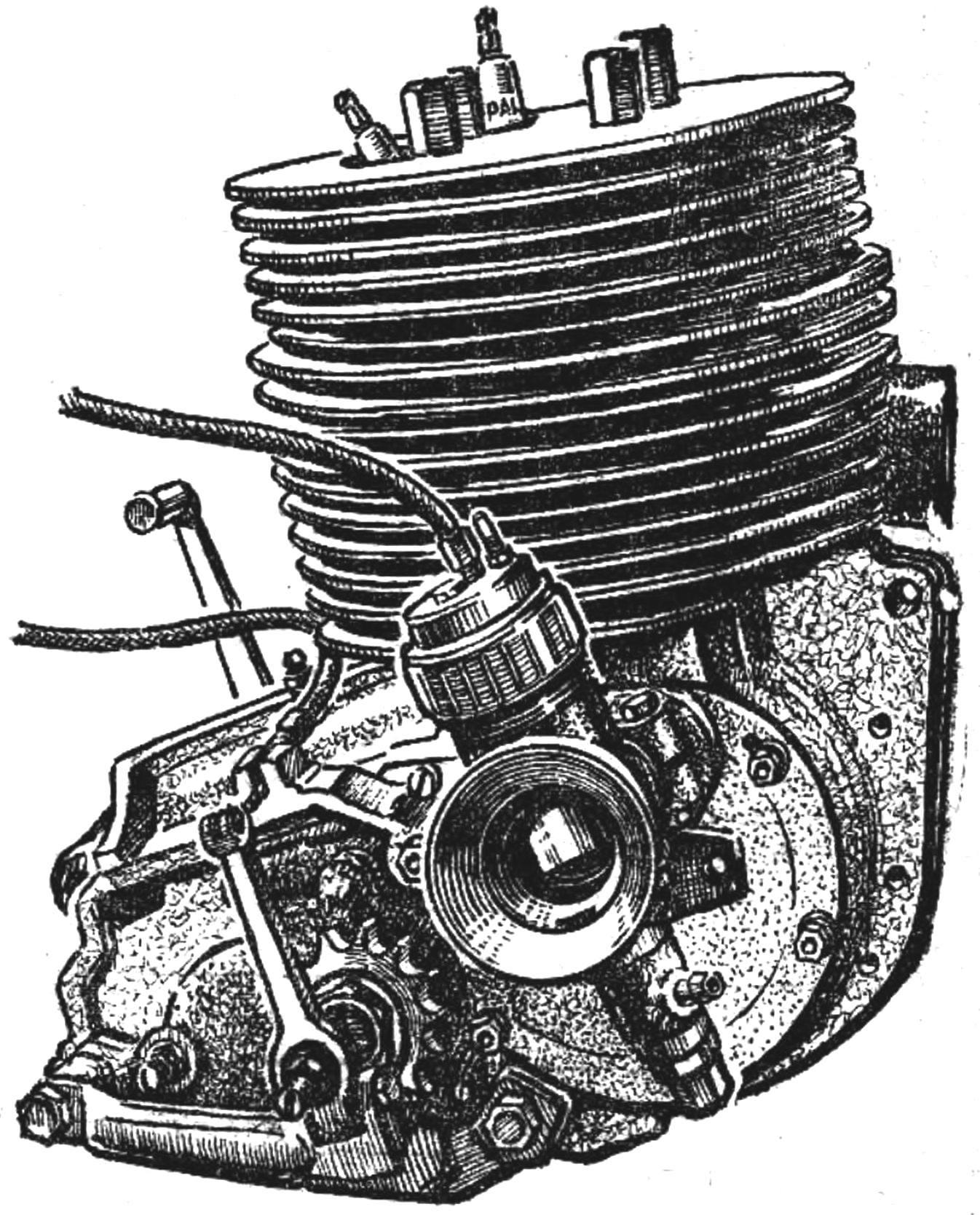 In the previous issue of master of automobile sports of the USSR M. Todorov spoke about how we need to begin work on the boost engine, providing installation disk of the spool. The reader is a continuation of this article.
The PISTON (Fig. 1) machined from heat-resistant aluminum alloy AK4-1. Weight — 170 g. After preliminary machining, the workpiece is subjected to hardening (aged for hours at 525-540°, then lowered into warm water). Followed by aging for 10 hours at 180-190°.
When final machining is necessary to ensure the perpendicularity of the axes of the holes of the piston pin and the piston. The clearance between the piston skirt and the cylinder wall after turning 0,07 mm.
The outer cylindrical surface of the piston need to attach this form to the cross section turned out an ellipse. The major axis it is perpendicular to the axis of bosses and equal to the diameter of the piston. The minor axis of the ellipse extends along the axis of the bosses; it is smaller than the piston diameter 0.1—0.15 mm.
To reduce nagaroobrazovanie the piston head is polished. The piston pin has a floating fit, and an axial displacement prevent his retaining rings similar to the approach used in serial engines. The depth of the grooves in these rings should be 0.6÷0.7 diameter of the wire from which made the ring.
Piston rings are made of steel 65G, tempered to a hardness of HRc = 45÷50 and covered with porous chromium. The upper ring is L-shaped, bottom — flat, height 1.2 mm.
The CYLINDER consists of an aluminum shirt and pressed into her cast-iron casings. Shirt is made of oplav D16 according to figure 2 (overflow and outlet channels not shown). The sleeve is machined from alloy cast iron centrifugal casting with an austenitic structure. The container size after the turning process is shown in figure 3. The location of Windows on the internal surface of the cylinder shown in the scan (Fig. 4).
After the final production of Windows in the sleeve and the bypass channels in the shirt sleeve pressed into the shirt with interference 0,11—0,13 mm. the Front of this shirt is heated to 350°; degree of heating is controlled by the darkening of the grains of sugar placed on the heated surface of the part. The shirt is inserted into a cold liner and blend the bypass Windows with respective channels of the shirt, and then the cylinder is allowed to cool.
From the discharge opening edges of the shirt frezeruyutsya to obtain a site sufficient for the flange fastening the exhaust pipe. Especially should not be done, as this reduces the area of the fins and reduces cooling of the most heat-stressed parts of the cylinder. The outlet tube is fastened to the shirt with four short studs. 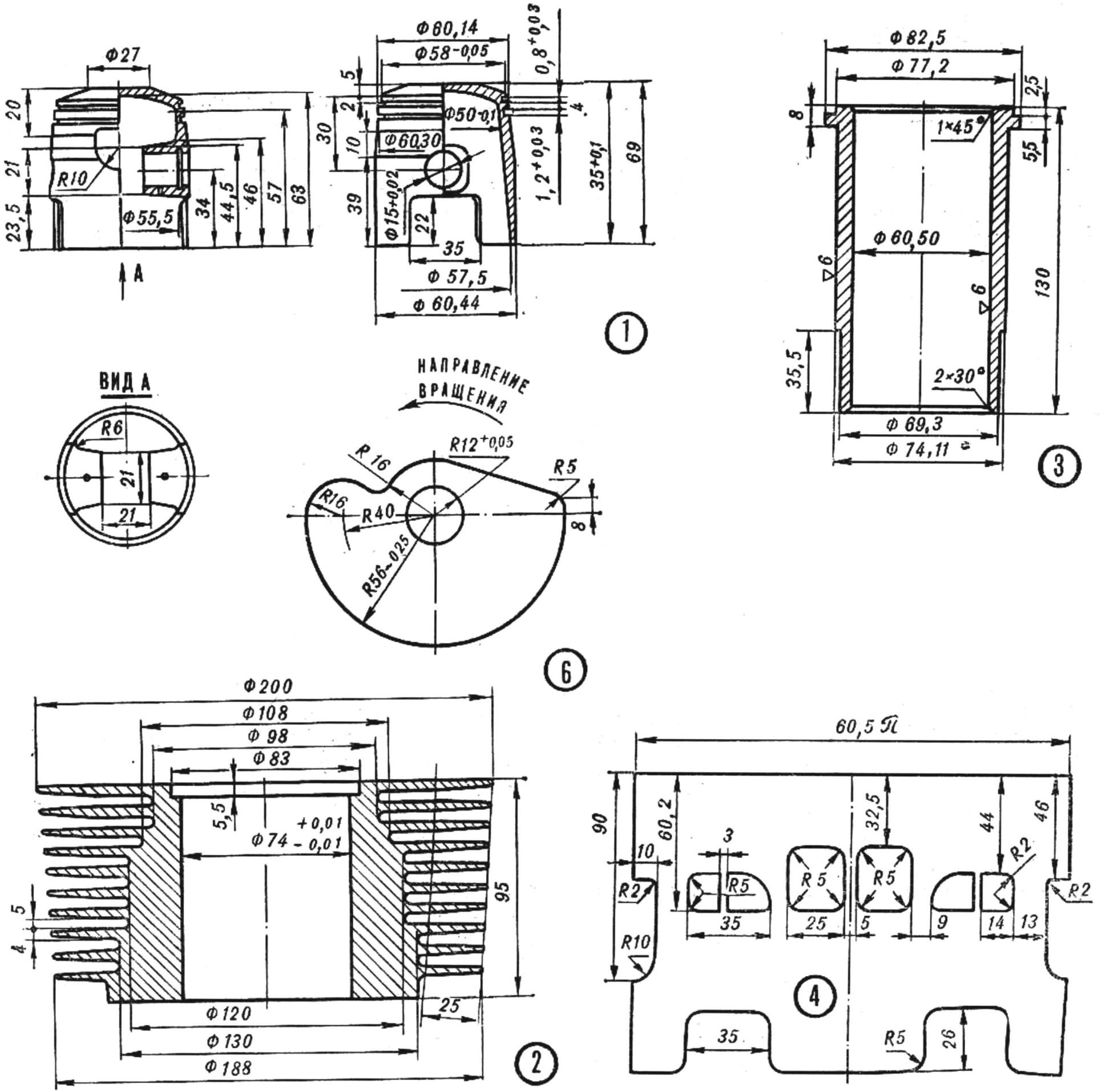 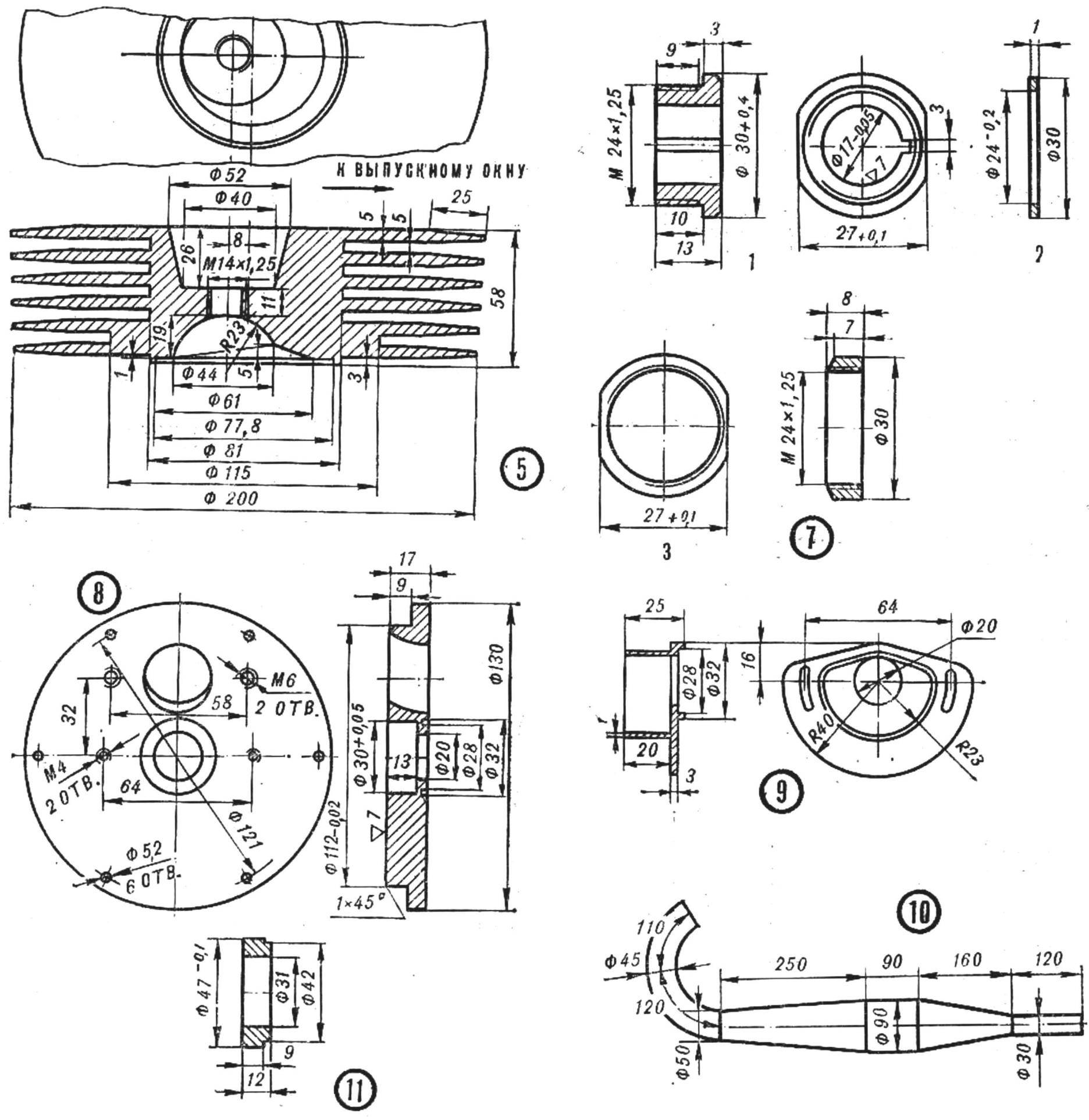