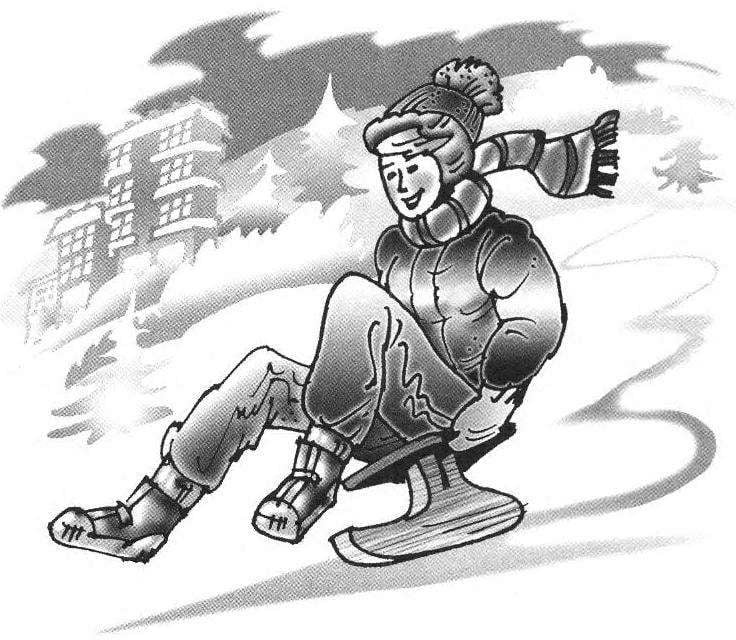 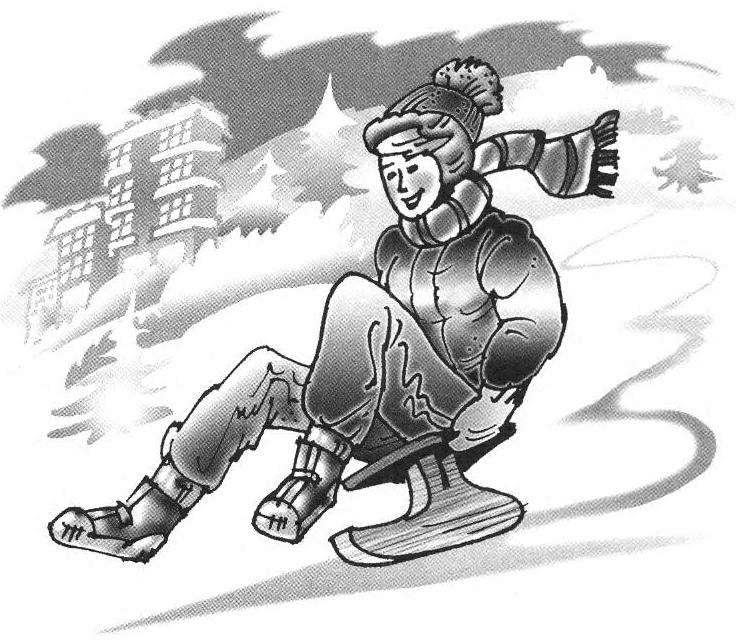 The elderly with a sense of humor remember the fun of skiing with the snow slopes on primitive boats — maskoobraznym the kruglyashi of frozen in the old city of wet hay. Or noisy slopes “small bunch” on a normal sledge, from which before it was shot shafts…
And today manufacturing offers a wide variety of toboggans and metal, and plastic, up to the controlled steering “Chuk and GEK”. And still craving for making homemade unusual winter continues unabated.
In answering this continuing interest in extreme types of riding from the mountains, Bulgarian journal “Put himself” offered a curious design snow scooter which will attract the attention of young people to not only accessibility for self-production, but unusual ways of riding.
The originality of the projectile that he is on the same snake. On the one hand, simplifies the manufacture of the snow, and with another — complicates itself rolling down from the mountains, which adds to this popular among today’s youth of extreme. Indeed, it is enough to observe the rapid descent on this machine to understand that adrenaline is enough. The projectile behaves like a skittish skakunok, winding and bumping over the uneven surfaces, as if trying to throw off the dashing rider.
How is the scooter
The basis of it, of course, the curly snake, working both as a ski, and how to support the seat. It is made of wooden planks (or plywood re-adhesive), 40 mm thick, which is imparted to the corresponding form, shown on the grid. Poloz egged metal (s2 mm) or nylon (s mm) tape (on the screws), and in the upper part on both sides is attached with screws l-shaped brackets (from the Board s20 or suitable metal). It also screws (or bolts M3,5) is attached to the seat.
The seat is made of plywood (thickness 20 mm). Behind it, closer to the edge, set the rounded back of the same plywood (spiked with glue and additional screed bottom screw, also on glue). And since the rider has to hold on tight to not fly with this saddle, on the sides of the seat bottom are attached (bolts or screws) two pens (the usual staples). 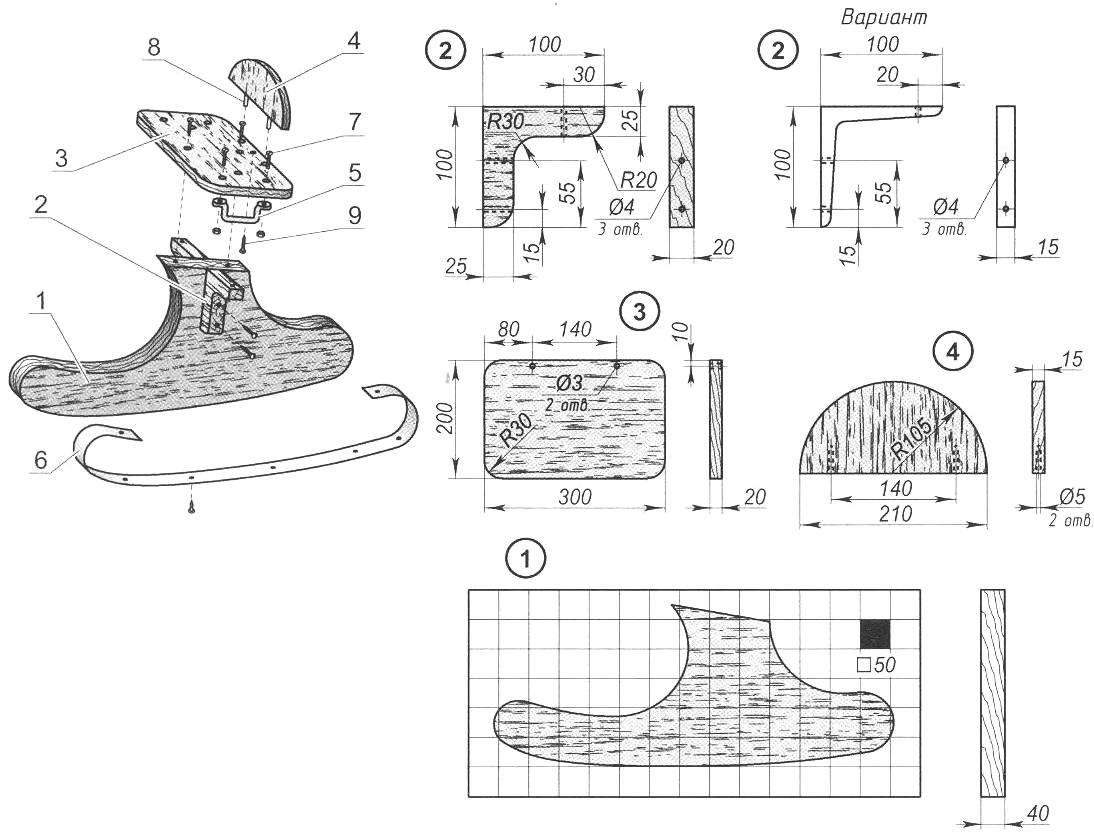 Snow scooter:
1—rail; 2—bracket seat (2 PCs); 3 — seat; 4 — back; 5—handle (2 PCs); 6 — metallic or nylon padding runners; 7—bolt with nut (4 PCs); 8—wood plug-in tongue (Ø5. 2); 9 — screw (5 PCs.)
As you can see, the device is simple, materials available, and manufacturing is not extremely difficult.
Finish
Since the main material is wood, and the finish is expected for traditional wood. In this case, it is sufficient to carefully handle all edges with sandpaper, to avoid the dangerous splinters, and coating (impregnating) the surface of the linseed oil that the wood is not afraid of moisture. Seat it is advisable to paste over microporous rubber or felt: it will be softer and “warmer”.
You can add the projectile to the attractiveness and brightness, coloring it with oil or enamel paints, and then painted so loved by the youth of different symbols and signs — this is in accordance with the fantasy of the manufacturer of the projectile.