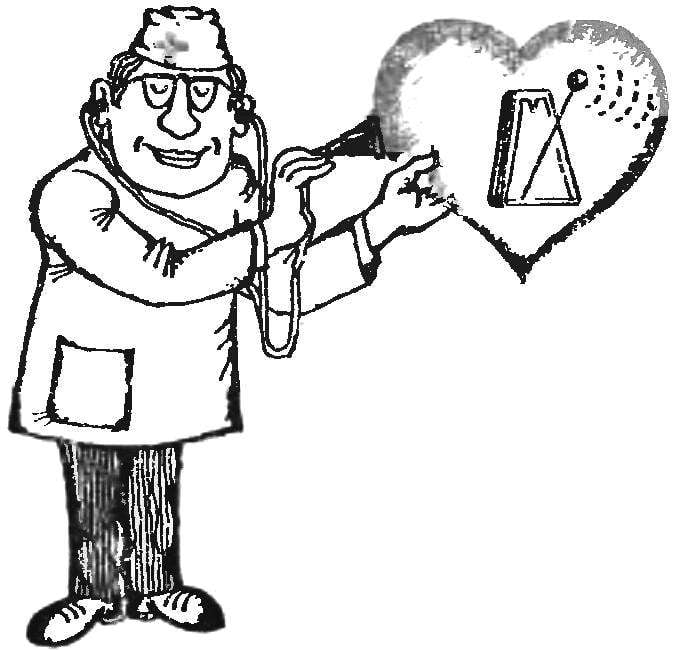 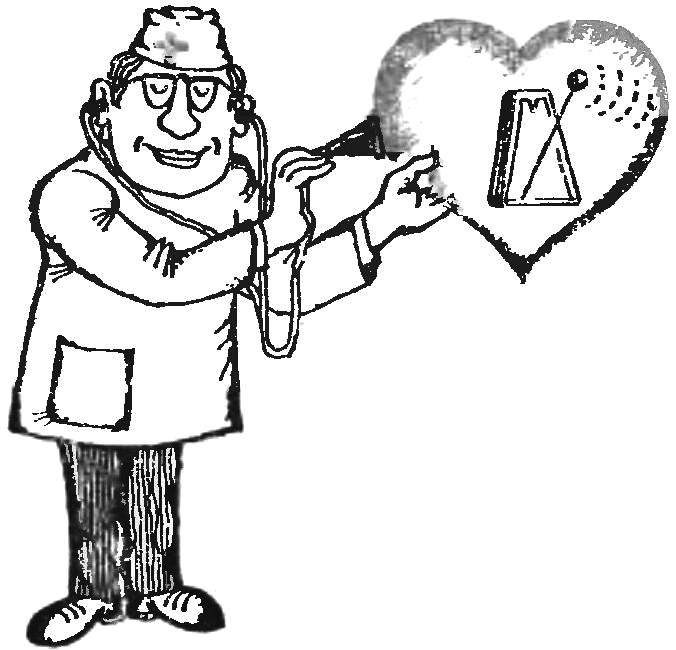 On the radar heard many. The transmitter sends powerful electromagnetic wave in the direction of a moving object (airplane, ship). Upon reaching it, the wave is reflected and received by receiver. Time delay of the sent signal to determine the distance to a plane or a ship and its speed.
And have you noticed how the sound of the train whistle when it is removed, or the approach? When the train approaches, the sound becomes high, it is jarring. If the train is removed, the sound is low and dull.
On these principles the action of the device is an ultrasonic stethoscope, the scheme of which was borrowed by us from the American magazine “Popular Electronics”.
If the ultrasound energy to direct me in the heart man, then the reflected ultrasonic signal will sound differently depending on the heart rate. When the heart expands, the frequency of the signal increases, and if compressed, the received frequency decreases.
The main elements of the stethoscope are two of the piezoelectric crystal. One of them sends the body a signal frequency of 2 MHz, the second perceives the reflected. 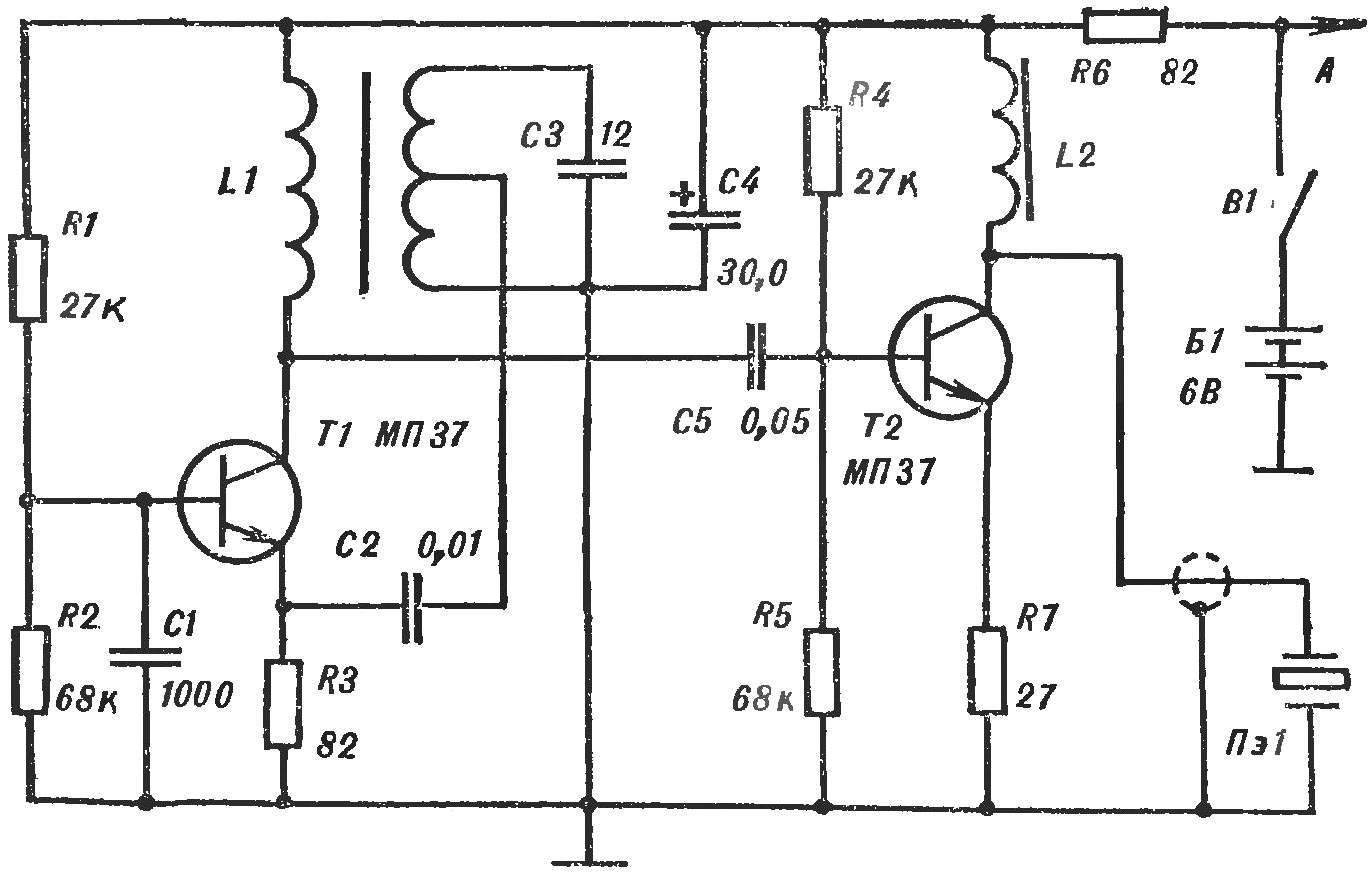 Fig. 1. Schematic diagram of the transmit side of the device 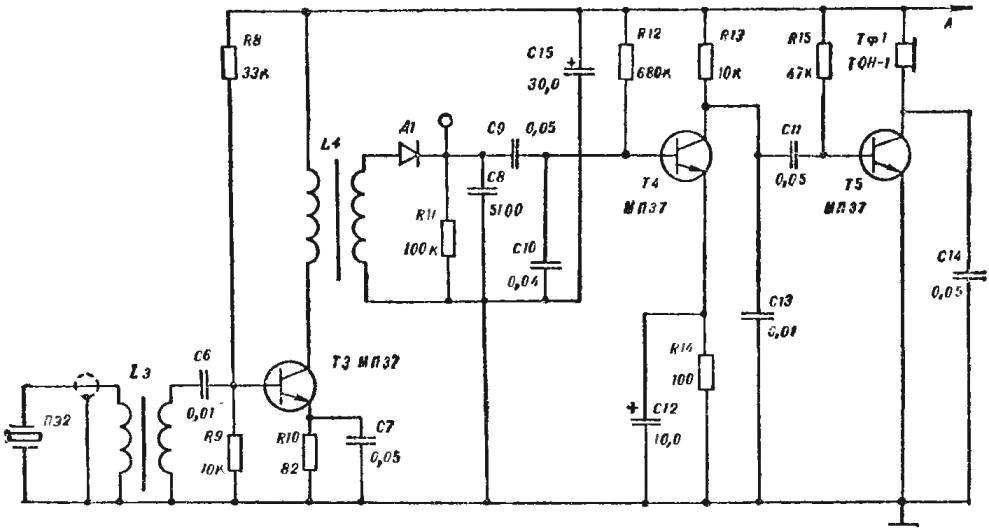 Fig. 2. Schematic diagram of the receiving part of the device 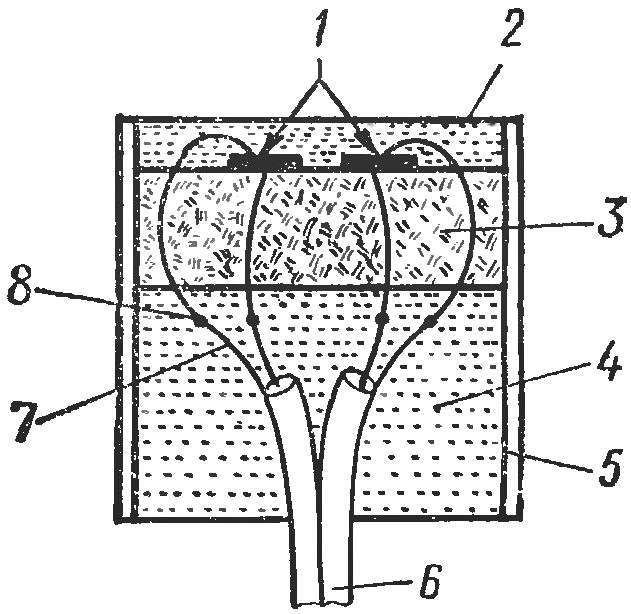 Fig. 3. The piezoelectric device sensor:
1 — piezocrystals plate, 2 — epoxy, 3 — tube or polystyrene, 4 — epoxy, 5 — metal or plastic housing, 6 — shielded cable, 7 — conductor, 8 — spay
Diagram of the device in figure 1. The generator comprises transistor T1. Voltage positive feedback is removed from the middle output of the secondary winding of the transformer L1 through the capacitor C2. The generation frequency is determined by the capacitance of the capacitor C3 and the inductance of the transformer L1. You can do it yourself using the intermediate frequency transformer for 465 kHz from any tube radio. From the transformer of the inverter, you need to unsolder the capacitors and rewinding the secondary winding, reducing the number of turns it three times and making a conclusion from the middle. Exactly the same made m trasformatori L3 and L4, but the secondary, they have has no output. The coil 1,4 — the same drive with the remote transformer secondary winding.
After the amplifier on the transistor T2 a signal through a cable is supplied to the piezoelectric sensor.
The reflected sound signal perceived by the receiver piezoelectric crystal (Fig. 2) and is amplified by the transistor T3. The signal is detected by diode D1, amplified two-stage amplifier with transistors T4, T5 and supplied to head phones TONE-1.
Design of piezoelectric sensor shown in figure 3. Its name he received from the piezo — crystal Rochelle salt (used in piezoelectric pickup).
You will need two plates of piezoelectric crystal with the findings. Them solder fine stranded conductors and is passed through a porous material, cork, or polystyrene, which is fixed to the crystals. Piezoelectric transducer is filled with epoxy resin for insulation.
When working with the instrument the sensor surface is moistened with vegetable oil or glycerin.
Applying ultrasonic stethoscope to the chest against the heart, in the headphones we hear a brief and rhythmic sounds.
L. MOROZOVA