Do you think what is common between math and electronics? Readers familiar with digital technology, recall that the mathematical laws of Boolean algebra the basis for the action of logic circuits. But that’s not all. It turns out that in mathematics, and electronics often use this concept as a comparison. But if you have to compare them with other numeric values, in electronics there is a comparison of the electrical signals. To perform such operations even created special devices — Comparators.

Curiously, the Comparators close “relatives” the familiar triggers. What is their similarity? First, information on the outputs of these devices is encoded by only two logic levels high and low; second, the change from one logical state to another only in the presence of a definite combination of signals at the inputs.
How and what is the principle of operation Comparators? For now, let’s digress from our story and let us imagine a sports competition in athletics, for example running. Once the athlete came to the finish line, his result is compared with the record time for that distance. If the runner failed to exceed the world record, in such cases we say that “the record stood”. But if the time during which the athlete overcame the distance, was smaller than a record, that runner now becomes a record, and its result will be logged from now on, instead of all sports reference books as the highest achievement.
A similar situation can be seen for example in the work of a simple comparator. Such a device has two input and output. To one of the inputs is often served voltage or current, constant in time, the so-called reference signal. With him there is a comparison of the signal level of which is unknown.
Suppose we want to compare the voltage of the battery from a pocket lantern fixed voltages applied to the reference input of the comparator. If the battery is deeply discharged and its voltage is below the reference, then any changes in the output of the comparator will occur. But if the battery potential exceeds a reference voltage, the comparator will switch and its output will appear a signal different from the original.
Isn’t the analogy with the competition in the race quite justified. Judge for yourself. The input signal is less than the reference (time runner worse record) is the logic state of the comparator does not change (the highest achievement remains the same). Input signal exceeds the reference (the athlete better world achievements) is the logic state of the comparator is reversed (the record is getting higher). Thus, we can say that as if the comparator performs the role of arbiter for determining which of the signals turned out great.
We introduced you to the principle of only one type of Comparators. In fact, they are much more characterized by various signs. For example, in the technique often used Comparators that can compare two continuously varying signal. Such a device switches from one logic state to another when the levels of the input signals coincide. There are Comparators that produce the coincidence of input signals, short single pulse or a series of a certain number of pulses existing at the time of coincidence of the polarities of the input signals. 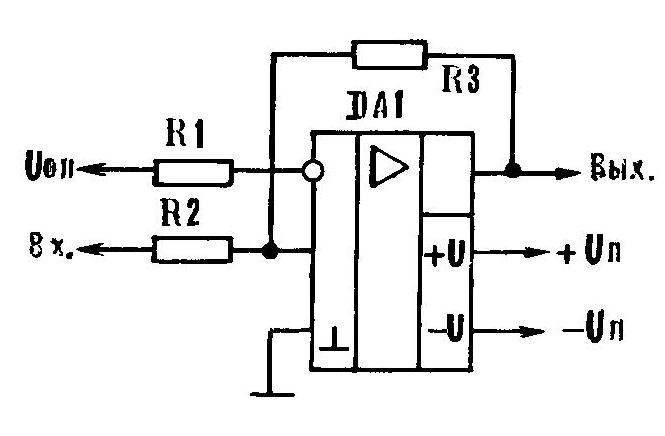 R and S. 1. Diagram of the comparator by operational amplifier: 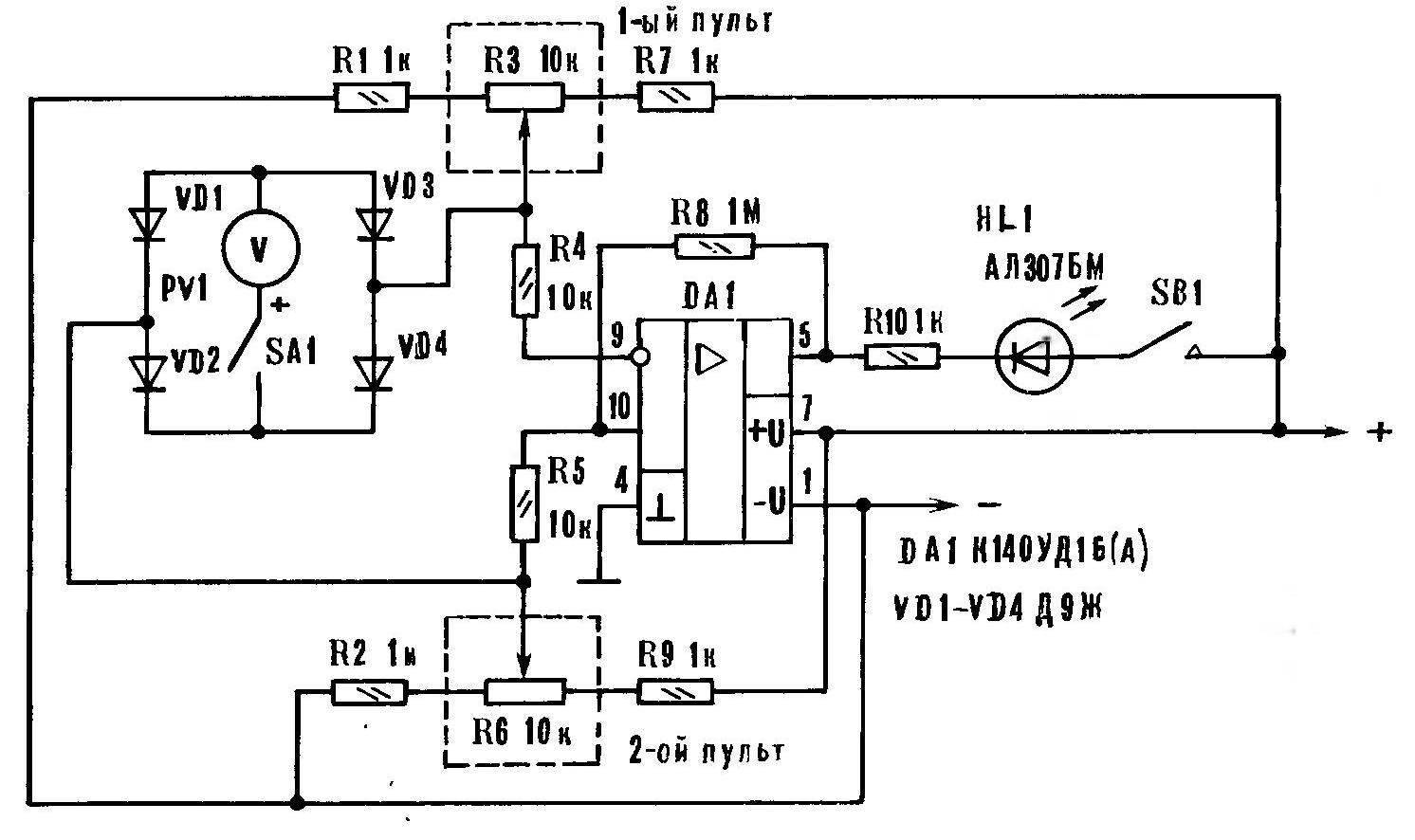 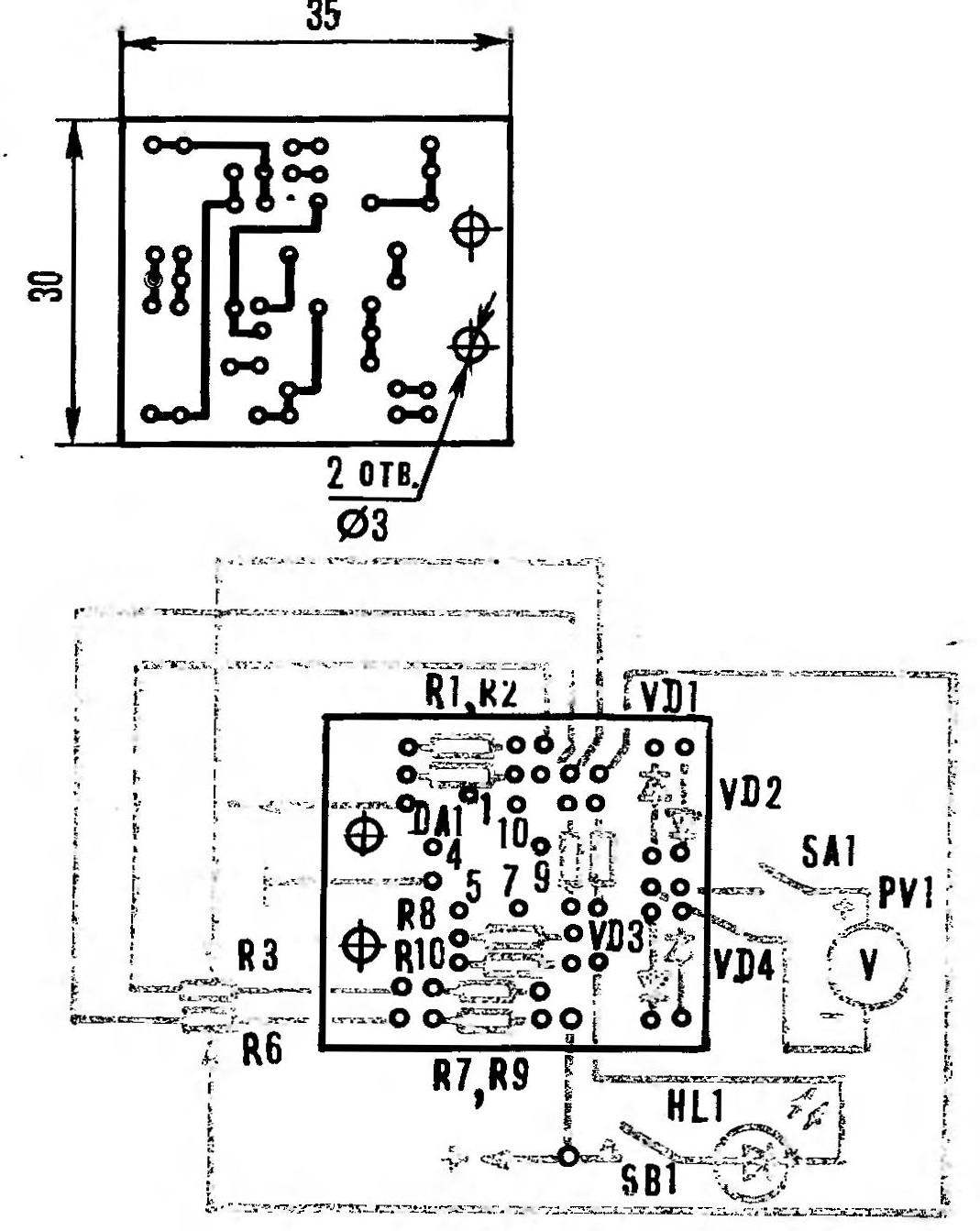 R and S. 4. The circuit Board of the gaming machine with the layout of the elements. 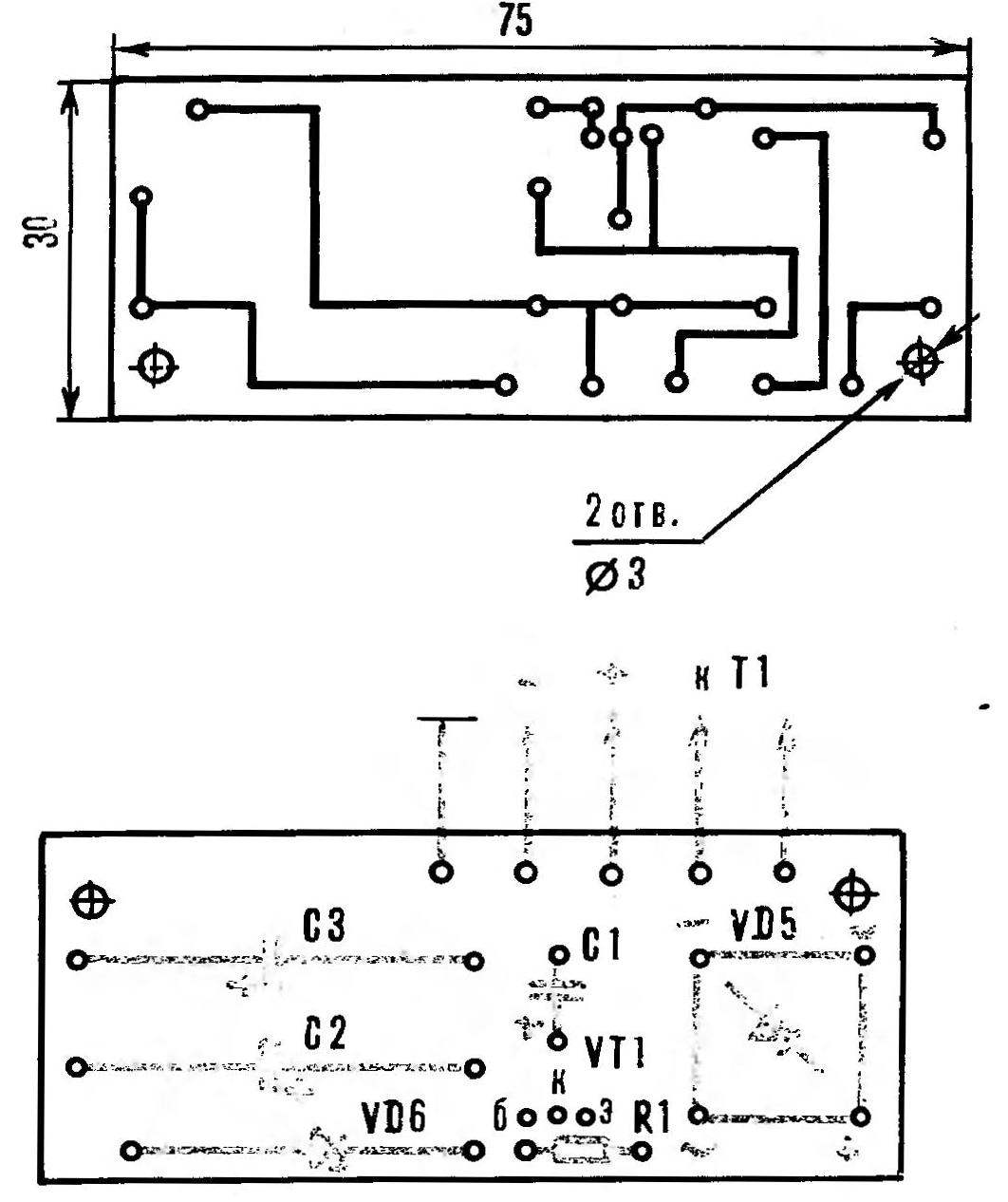 R and S. 5. The circuit Board of the power source with the layout of the elements. 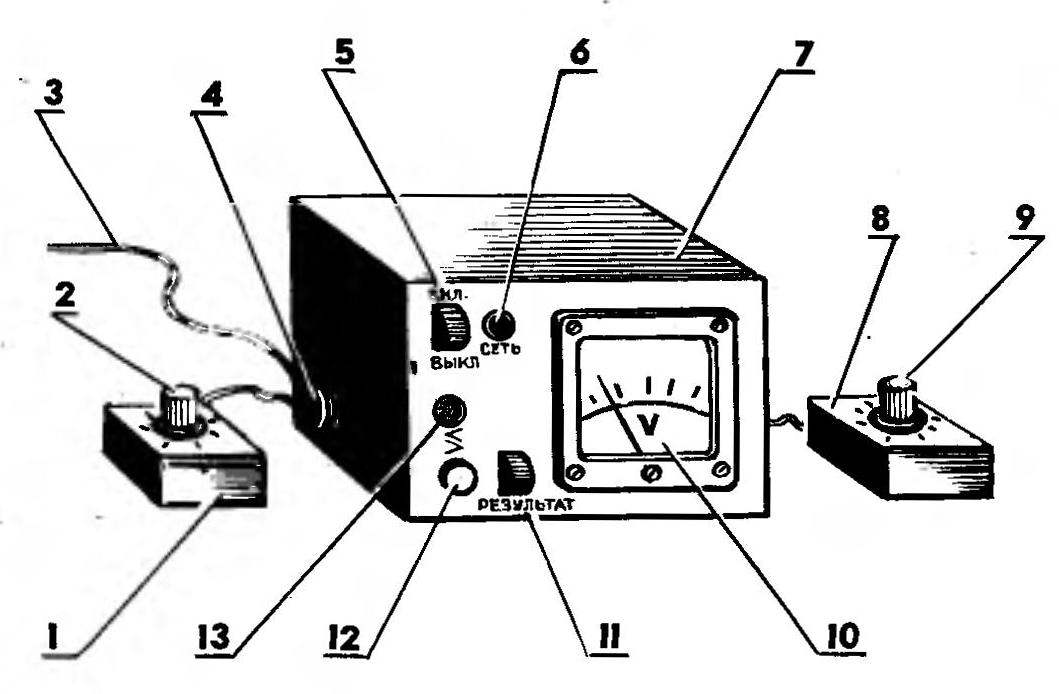