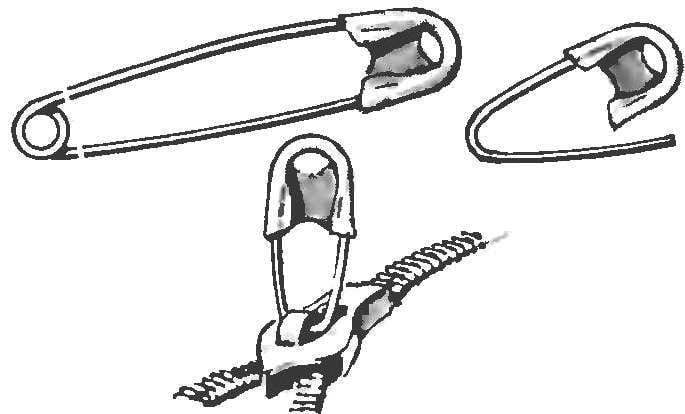 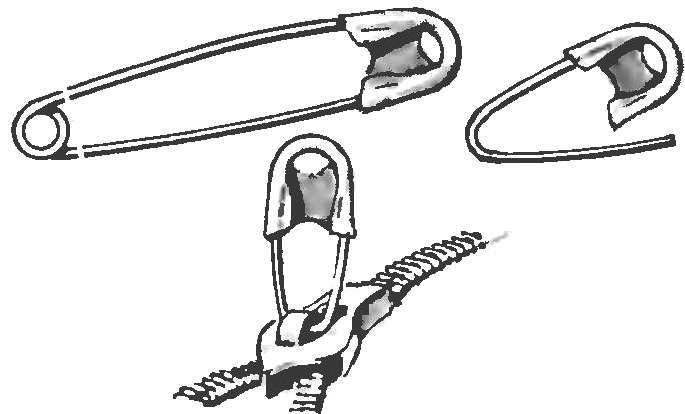 The failure of lightning — business as usual. The way out, as a rule, one — clasp vyarawalla, and in its place sewn new. But sometimes it’s a shame to throw lightning, which broke a leash, and the “mechanism” is fully operational.
In this case, will help the makeshift leash — you will need a large safety pin. Need to cut off from her part, as shown, to bend and to fix on the engine zip. That’s all.