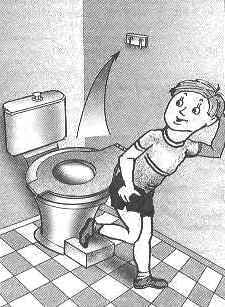 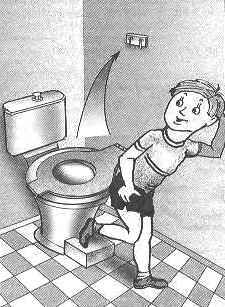 Was “from a pot two inches”, but here grew the baby becomes independent, although the adult toilet yet still too big for him yet.
I advise you to make from plywood and boards here’s a flip from the wall console and the step — child will be able to use the toilet.