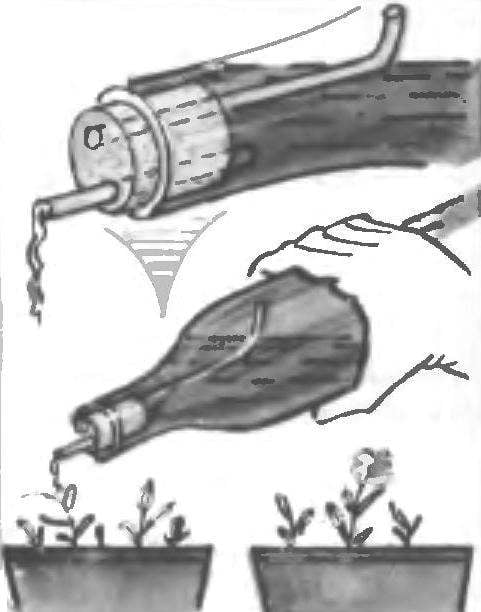 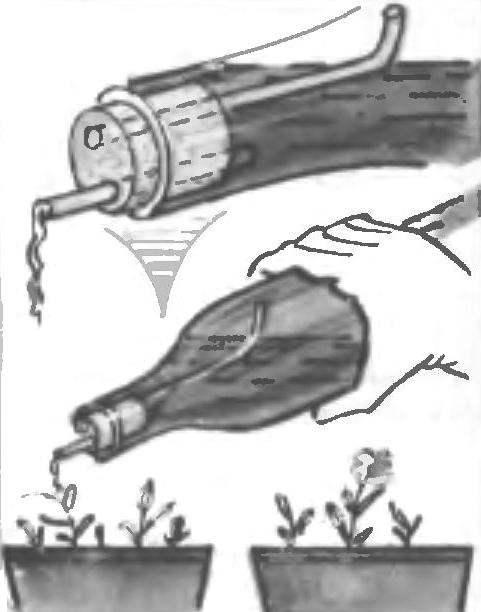 For watering flowers in pots and the first weak sprouts of seedlings I have produced a gentle sprinkler system that gives a thin continuous trickle Effect is explained by the peculiarities of the design It is similar to existing devices made for containers of vegetable oil, or wine In tube is built two tubes, one for flowing fluid, the other for compensating the flow of air. Last and has a difference: it is long, and the end thereof bent takya to zahlestnula liquid, and thus obtained uniform, “gentle” stream.