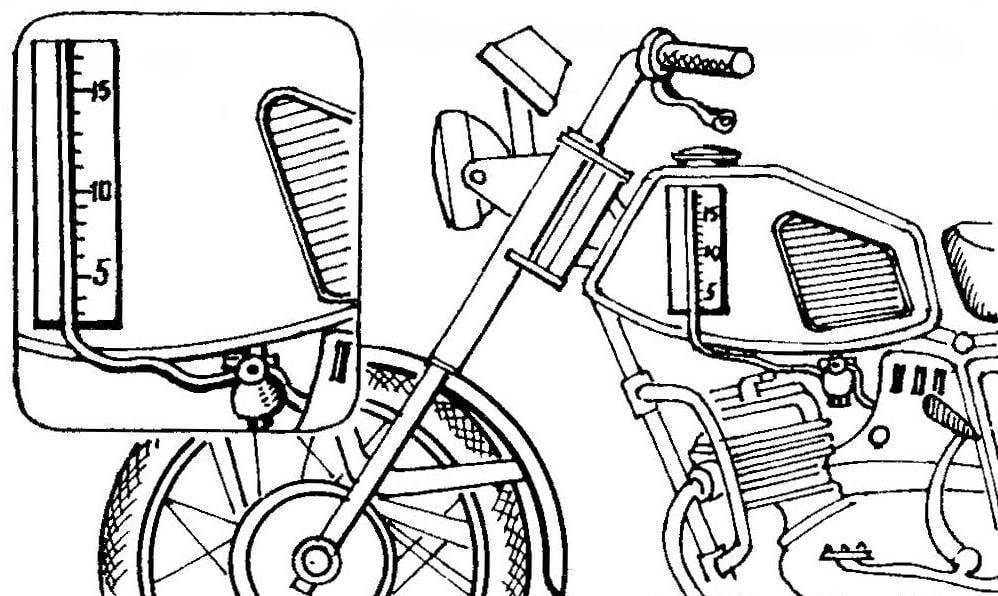 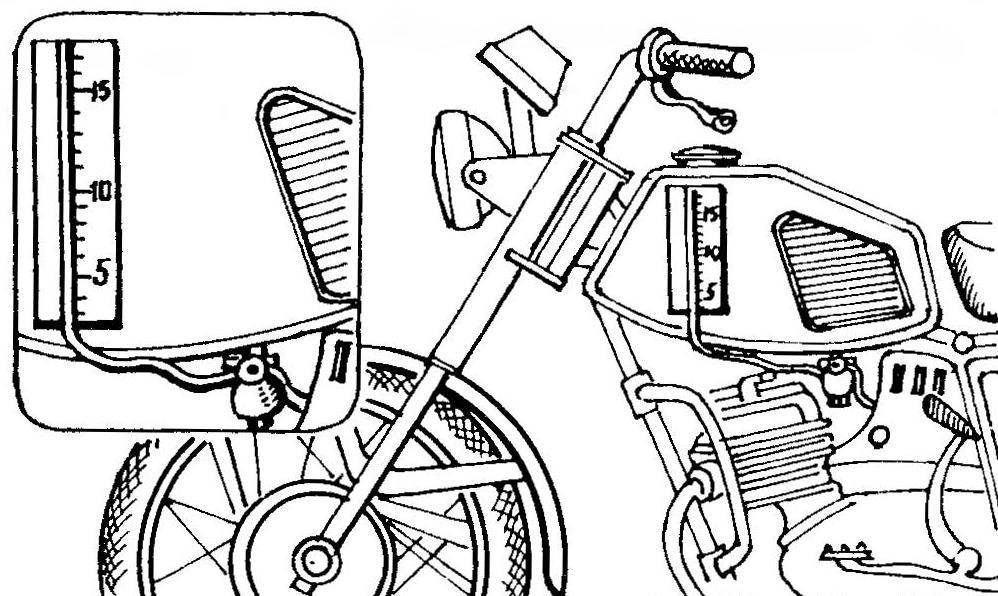 This question continues to torment motorcyclists — and this despite the fact that the “modelist-Konstruktor” on their pages several times already talked about the interesting enough the fuel level in the motorcycle tank.
We offer one — probably the easiest indicator. It will only need a petrol tap with a sump from dvuhterabaytnyh of motorcycles “Ural” and “Dnepr” — from all others it differs in that it has not one but two fitting. One of the fittings in the tap used for the purpose — fuel to the carburetor. Well, the second is stretched a transparent hose) the free end of which is secured the ribbon with tape on the side wall of the tank. It is necessary to open the tap and fuel, obeying the law of communicating vessels, rise in the tube to the same level as in the tank of the motorcycle. It only remains to calibrate the measuring tube in liters.