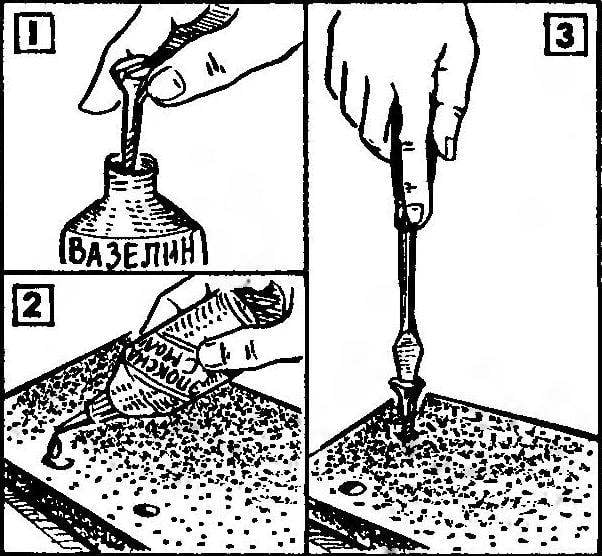 It is known that in friable material such as drywall or particle Board, the screws holding bad and under load falls. However, it will bind details not worse than a bolt with a nut, if properly prepare the hole for the screw with epoxy. For this purpose the screw is pre-coated with any oily grease (tsiatim, grease, vaseline), and in a hole dug in “epoxy”. Then screwed the screw before final curing of the resin several times to twist as if forming for him the thread.